The modern yo-yo was invented in 1928 by Pedro Flores, a Filipino immigrant in California. However, the design of the toy traces its roots back to ancient times, with some examples dating from 500 BCE. The “bandalore” was a similar toy that was popular in the 17th century.

Today, the yo-yo is a popular toy, collector’s item, and full-on professional trick sport. It’s been used famously by peasants and presidents and can rack up a serious price tag with the right model.

Keep reading to learn about the 9 most expensive yo-yos that money can buy. 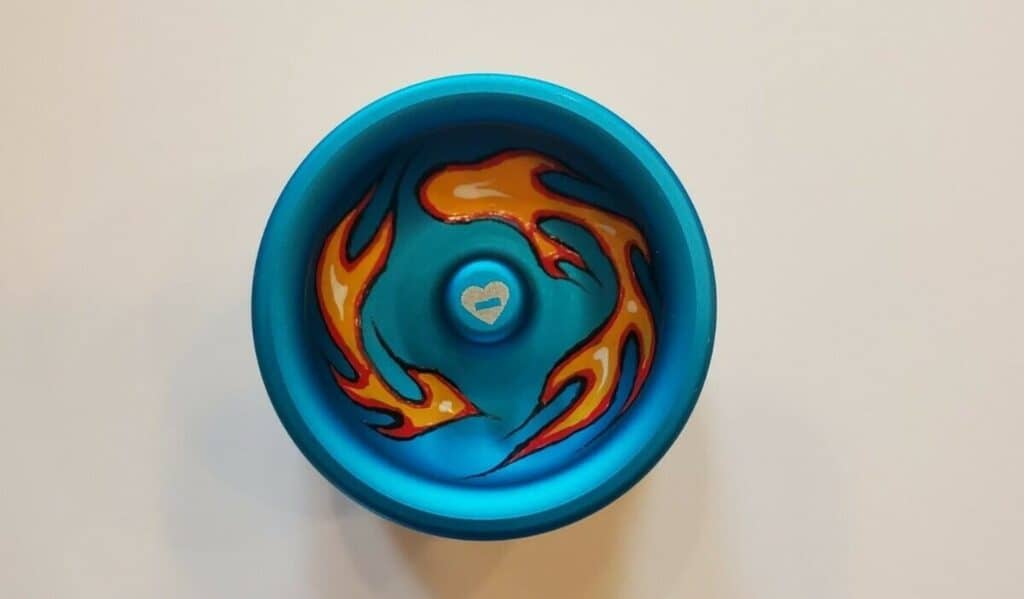 The Bapezilla by Anti-Yo was released in July 2006. It was a machined aluminum yo-yo originally intended as part of a cross-promotion for the 4th of July, built in the “butterfly” yo-yo shape.

The name “Bapezilla” was a combination of “Godzilla” and the name of a Japanese clothing brand, Bathing Ape, which was super prevalent in the yo-yo community at the time.

The Bapezilla uses the Baz Pad response system and features a minimalistic design, with a thin string gap and subtle laser engravings of the Anti-Yo “anti-heart” on the hubs of the axles.

A used example of the Bapezilla sold on eBay on April 24, 2022 for $425.69, propelling it to the status of one of the most expensive collector’s yo-yos out there.

This yo-yo is shiny, finished with the brand’s Slip Matte coating. Bapezilla was made as a replacement to another yo-yo, the Eetsit, which had a design flaw that caused the string to slip off the bearing during certain tricks. The thin string gap and a redesigned bearing seat on this new version were intended to correct that issue. 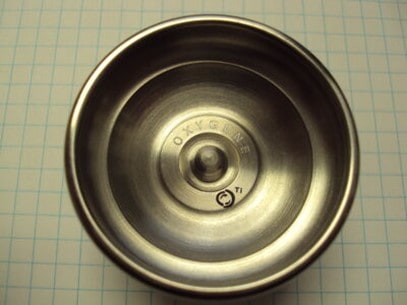 Oxygene is an Italian yo-yo manufacturer known for high-quality titanium toys. The Ti 9.06 Yo-Yo is considered their masterwork, featuring not only a tough titanium frame that will wipe the floor with any aluminum yo-yos it comes across but also a special bearing made specifically for this model.

Oxy entered a deal with dif-e-Yo to create the bearing, known as the “KonKave,” to give the toy the most amount of elegant performance power possible.

These yo-yos have the Oxygene Silicone Response system. Production on the Ti 9.06 was limited to 40 examples, making it one of the most coveted professional yo-yos out there. 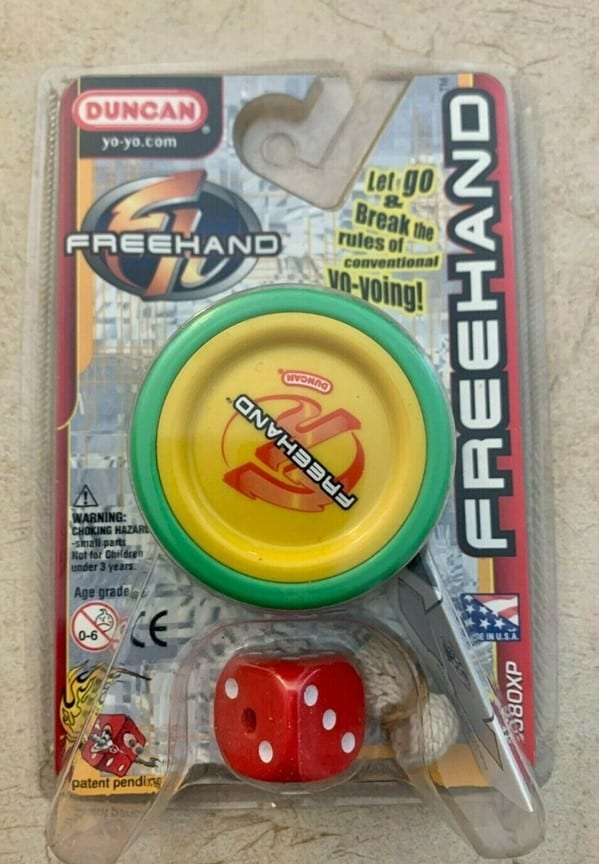 The Freehand Original FH1 yo-yo by Duncan is one of their most infamous pieces. The one that sold on eBay on May 20, 2022 was the first release of the Duncan Freehand model, which was made before the original mold broke and the toy was changed in response.

This original color/model was released by Infinite Illusions as a special edition. When still in the packaging like this one was, the Duncan Freehand is known as one of yo-yo collecting’s most sought-after prizes. It sold for $510.

The Duncan Freehand yo-yo was designed by Steve Brown specifically for freehand or 5A play. This was the first yo-yo designed for the purpose and came with a counterweight (a casino die) to pull it off. It was also the first yo-yo by Duncan that utilized their now ubiquitous “friction sticker response pad” system.

The BSP is a yo-yo made by Anti-Yo, released in 2008. It featured a titanium construction, though one half was raw, and the other was coated with zirconium nitrate. These pricey raw materials made the yo-yo cost $350 even in its original retail sales.

One of the key stylistic features of this yo-yo is that the titanium can scrape pavement while walking the dog and produce sparks. It also has a two-piece axle that gives it a smooth, functional structure. An example sold on eBay recently for $559, implying that the BSP is continuing to rise in value over time.

Ryosuke Iwasawa created the IrPad silicone pad response system for this yo-yo. While it was still touring, he was a member of the Anti-Yo Team, with his signature yo-yo being the Fragment. 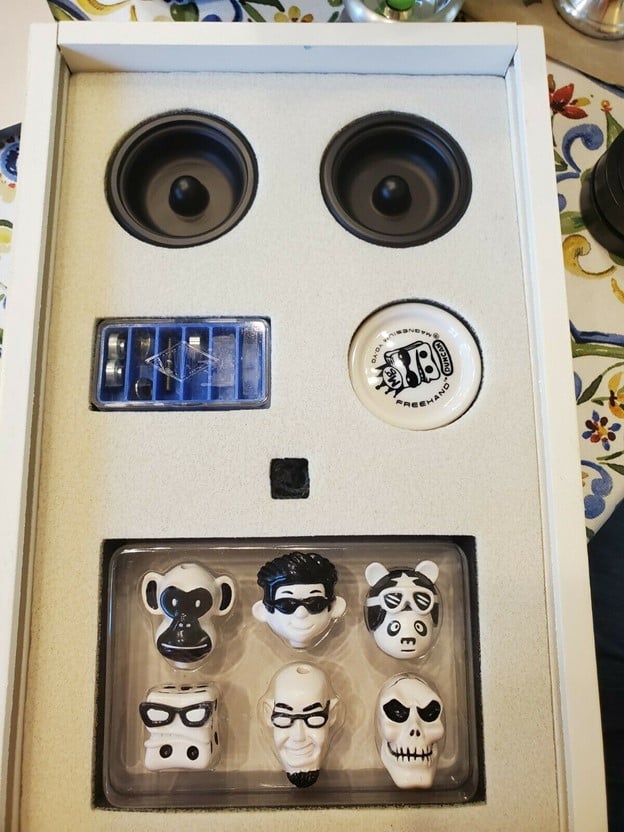 Duncan, the premier name in yo-yo manufacturing, made a variation of their FH Zero yo-yo called the Duncan Freehand Mg for their De-Luxxe series. The yo-yo is made from 99.5% forged magnesium, with the remainder being stabilizing metals. Some models were finished as anodized while others were powder-coated metal.

The yo-yo came out in 2004 and was sold until 2014. The example here that sold on eBay on May 21, 2022 came in its box with collectible heads and other hardware. It wasn’t in perfect condition but still managed to rack up $550.

The additions that came with this yo-yo include a ceramic ball bearing, extra spacers, Duncan character counterweight set, and four friction stickers. 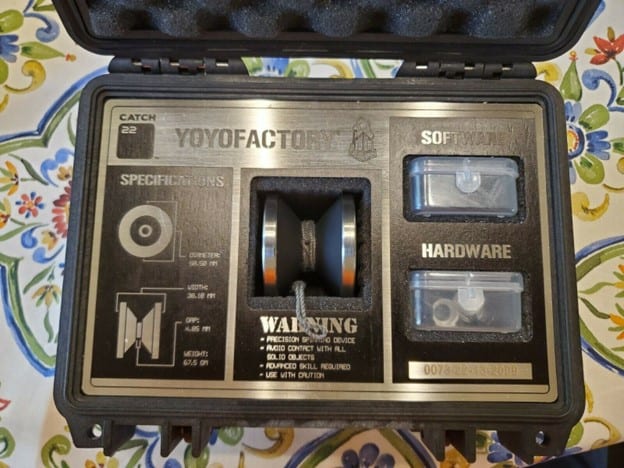 The Catch22 Yo-Yo by YoYoFactory came in a hard plastic case that looks like something a gunrunner would keep a handgun in. The inside of the box has a lot of interesting details, including a center slot for the yo-yo padded with foam as well as little plastic cases in slots for “hardware” and “software” replacements in your high-tech yo-yo.

The engraving says, “advanced skill required.” The yo-yo and plating were made from titanium, originally released in 2009. Its bimetal construction is immediately recognizable. Though there’s a new 2022 edition retailing on YoYoFactory for $430, it’s the older models that are more valuable. One sold on eBay for $700.

YoYoFactory’s first yo-yo was the F.A.S.T. 201, released in 2003. It debuted at the U.S. National Yo-Yo Contest and became the subject of the F.A.S.T. Challenge. 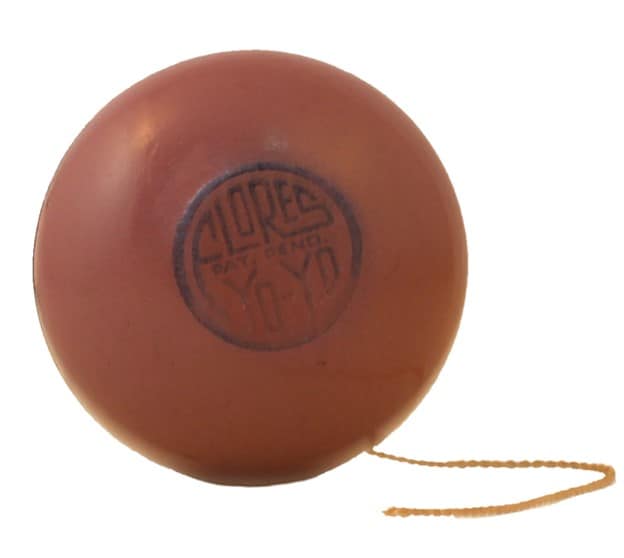 Pedro Flores is instrumental in the creation of the yo-yo, starting the first yo-yo factory back in 1928 in Santa Barbara, California after immigrating from the Philippines. However, he sold the trademark “yo-yo” to the company Duncan in 1930. They were the ones who took the toy to global distribution.

Knowing that timeline, it should be no surprise that an original Pedro Flores yo-yo is rare. These models, sometimes known as a Big “F,” features a wooden construction and ink stamped seal on the front. They were only made from 1929-1930. His major innovation for the toy was wrapping the string around the axle in comparison to traditional toys, which wrapped it around the outside.

An example claiming to be original sold on eBay for $899.99.

Flores was a bellboy when he came up with the yo-yo, asking for assistance from a wealthy Filipino benefactor before immigrating to the United States. His first yo-yos were hand-made and sold to local kids. 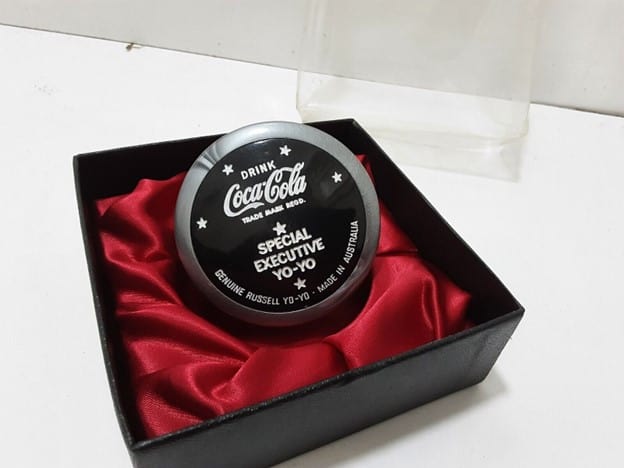 The Vintage Coca-Cola Black Special Executive Yo-Yo was a Jack Russell Company yo-yo produced in Australia, branded by Coca-Cola for this special boxed edition. These exclusive models were created and gifted to executives of the Coca-Cola company throughout the 1970s.

Today, this Coca-Cola special executive yo-yo is the holy grail of factory-produced yo-yos. An example stored and sold in the original black box was sold on June 9, 2022 for a record-breaking AU 2,827, or about $1,941.44.

The Russell Special Executive Yo-yo was first made in 1967 in Australia. Collectors estimate that only about 200 of these special yo-yos were made. 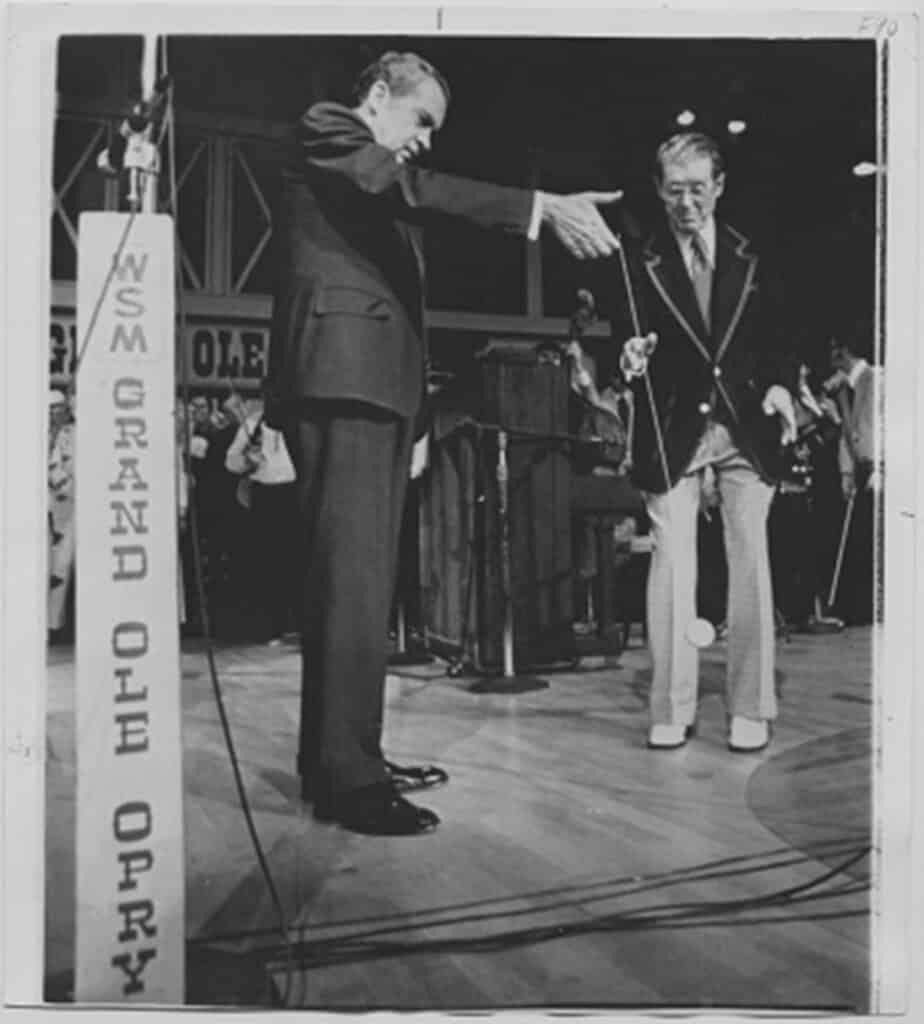 The most expensive yo-yo is the Richard Nixon Signed Yo-Yo. The yo-yo was used by Roy Acuff, the country music legend, at the opening of the Grand Ole Opry House to give Richard Nixon yo-yo lessons in 1974. It’s the subject of a famous photo showing this happening, known as “the yo-yo lesson.”

You may recognize 1974 as significant in that it was the same year that Nixon resigned as a result of political scandals. He signed this yo-yo, making its value skyrocket when it went up for auction in 2004. It sold for $16,029, making it the most expensive yo-yo ever.

Yo-yos had already accumulated a bit of a political presence by 1974 after Abbie Hoffman pulled out a yo-yo during his congressional testimony in 1968. When he started “walking the dog,” he was found in contempt.

10 Rarest Turtles in the World