10 Most Expensive Toys Ever in the World

Almost all of these toys feature luxury elements like high-carat gemstones, solid gold, and designer outfits. Some of these toys are so rare and special, that they are housed in museums and sometimes shown during special exhibitions. 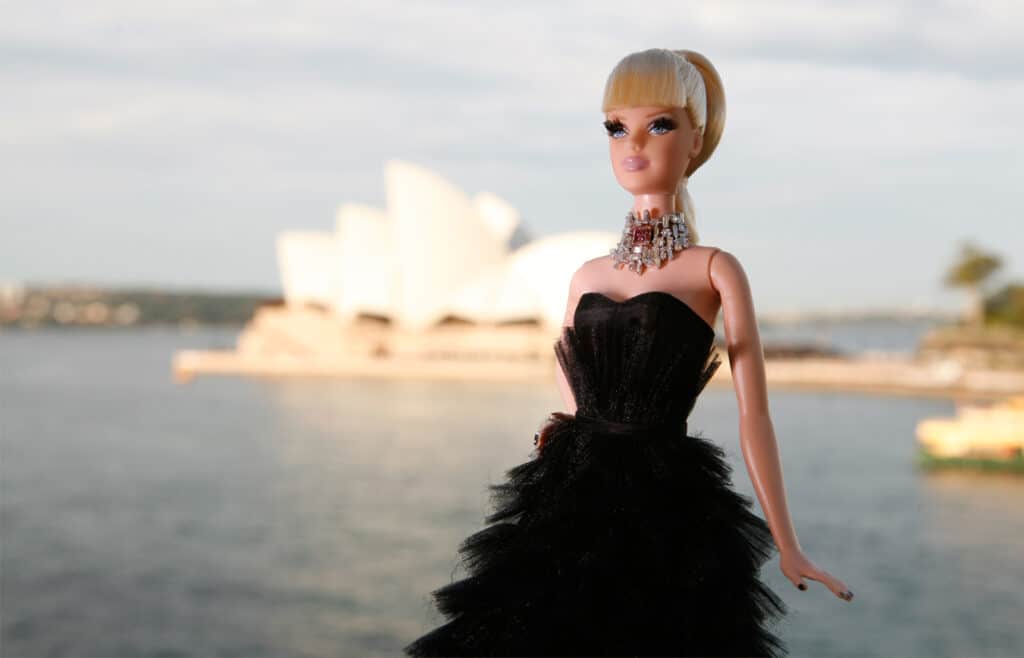 In 2010, this Barbie by designer Stefano Canturi became the most expensive barbie in the world when it was sold at auction for $302,500. Canturi, who is an Australian jewelry designer, was asked by Mattel to create the world’s most expensive Barbie. The doll has a diamond collar necklace with a beautiful pink diamond at the center.

The pink diamond on the necklace worn by the Barbie by Stefano Canturi, is worth $300,000. 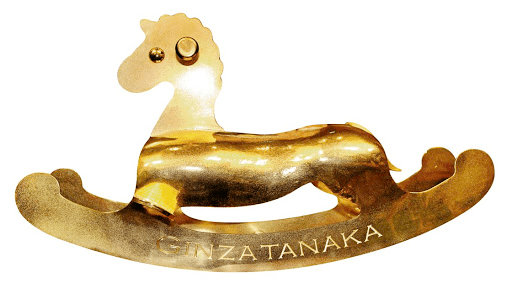 This Gold Rocking Horse by Japanese designer Ginza Tanaka was first created in 2006 as a gift for the birth of Prince Hisahito of Japan. Made from 24K solid gold, the rocking horse was specially made for the Prince. However, this extravagant rocking horse did not gain international attention until 2012, when it was reportedly purchased by Beyonce and Jay-Z for their daughter Blue Ivy. It is unknown how many of these solid gold Ginza Tanaka rocking horses exist, but there are probably only a few. 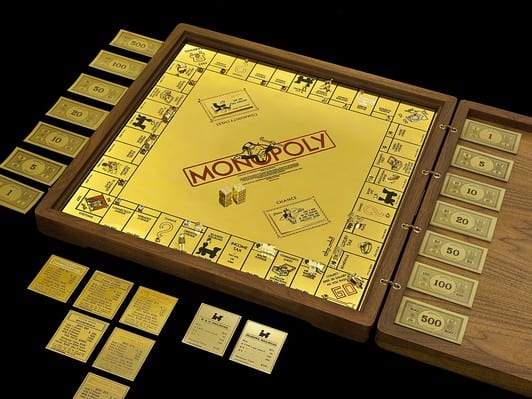 The 18K Gold Monopoly Game created by Sidney Mobell is the most luxurious and rarest Monopoly game board ever. A notable artist and jeweler, Mobell made as much of the Monopoly game out of gold as he could. All of the games iconic player pieces are made from 18K gold, the board is 23K gold-plated, and the dice have 42 diamond studs to represent the numbers.

While the Golden Monopoly Game now resides in the Smithsonian Museum, it has been valued at $2 million. Mobell was inspired to create the luxury Monopoly game after he heard about the 1988 World Monopoly Tournament in London. He was then commissioned by Parker Brothers and spent a year hand crafting each piece of game.

The Gold Monopoly Game by Sidney Mobell also features rubies and sapphires. It holds the Guinness World Record as the Most Expensive Board Game of Monopoly. 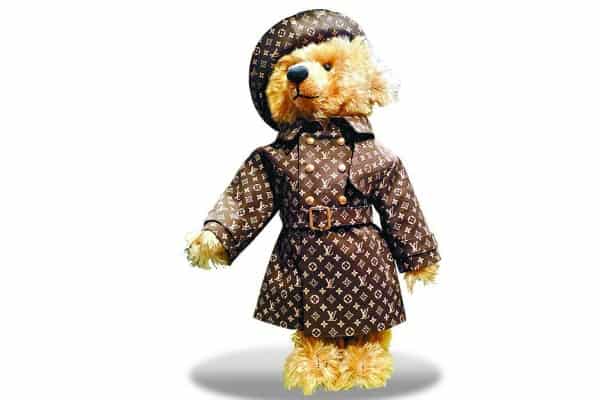 Steiff, is a German-based plush toy company, that has become known for producing some of the most luxurious teddy bears. The brand outdid itself in 2000, when it created the Steiff Louis Vuitton Teddy Bear. The bear, which was decked out in an authentic Louis Vuitton coat, was sold at a Christie’s auction in Monaco for about $2.1 million.

The Steiff Louis Vuitton Teddy Bear was purchased by Jesse Kim of Korea. The fabulous teddy bear now resides in a teddy bear museum on Jeju Island and anyone is welcome to come take a look at the luxury bear. 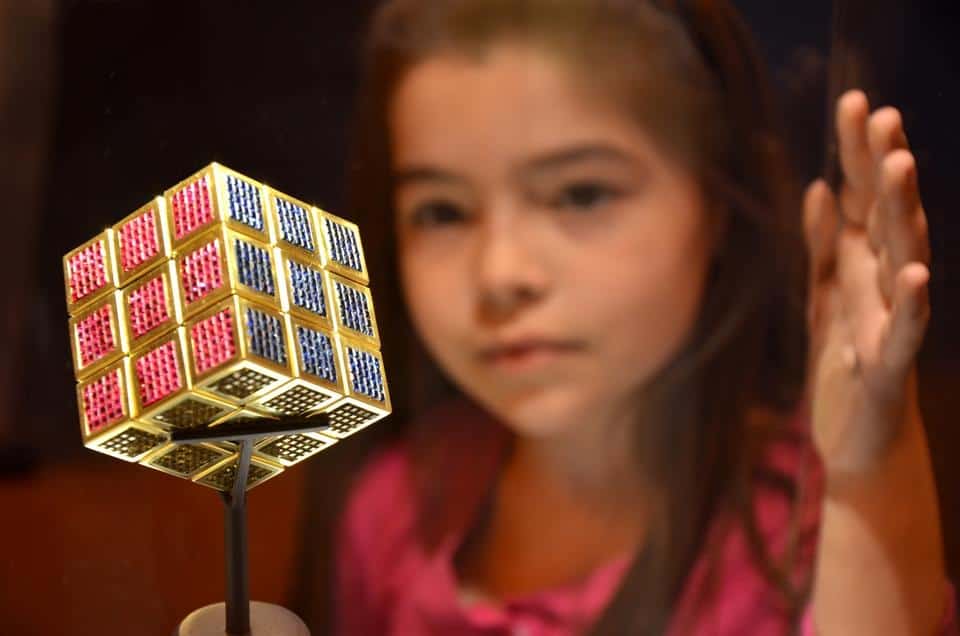 A Rubik’s Cube isn’t normally associated with the words “high-end” and “luxury,” but in 1995, diamond cutter Fred Cueller crafted The Masterpiece Cube Rubik’s Cube, which is now worth an estimated $2.5 million. The Masterpiece Cube was made to commemorate to commemorate the 15th anniversary of the Rubik’s Cube. The toy is made 18K gold and instead of the usual colorful stickers, the cube’s sides are decorated with over 185-carats of various gemstones, including rubies, amethysts, and emeralds.

Today, The Masterpiece Cube Rubik’s Cube is part of the “Beyond Rubik’s Cube” exhibition, which travels around the world. 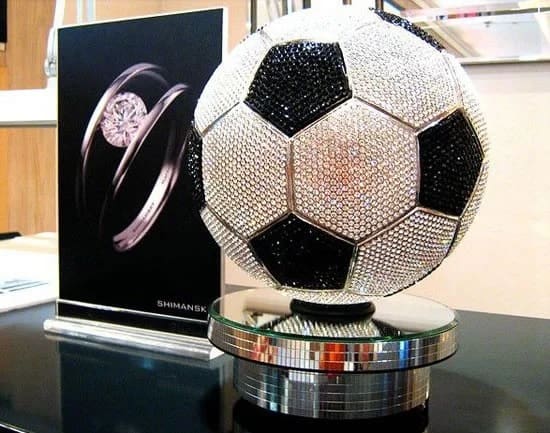 In 2010, to celebrate the FIFA World Cup, South African jeweler Yair Shimansky, unveiled a diamond-encrusted soccer ball. The Shimansky Soccer Ball was studded with 6620 white and 2640 black round brilliant cut South African diamonds, weighing 3500 carats in total. At the time, the soccer ball was valued at $2.5 million.

It took more than three months to craft the Shimansky Soccer Ball. At the time, Shimansky was in talks to sell the diamond soccer ball to a prominent European soccer club after the World Cup.

Crystal replicas of the Diamond Shimansky Soccer Ball were shown at Shimansky’s stores during the World Cup and each replica was auctioned with proceeds going to local charities. 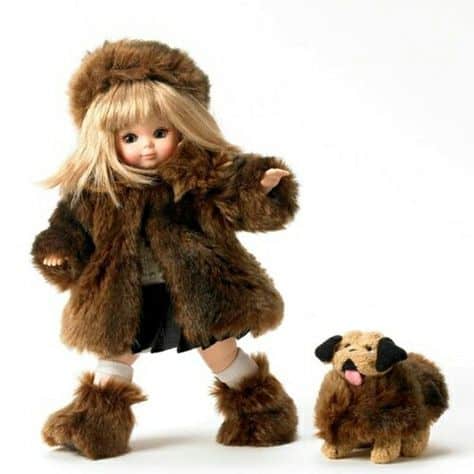 We weren’t sure if we should include this next doll on the list because finding any information about its origins was difficult. However, the special Madame Alexander Eloise dolls that were created for a charity auction in 2000 appear on every list of the world’s most expensive dolls. Reportedly only five luxury Madame Alexander Eloise dolls were made, fetching $5 million at the auction. Reportedly, each of the dolls was adorned in Swarovski crystals, Katherine Baumann accessories, Oscar de la Renta fur, and Christian Dior clothes. The dolls also came with a little dog dressed in a matching outfit. 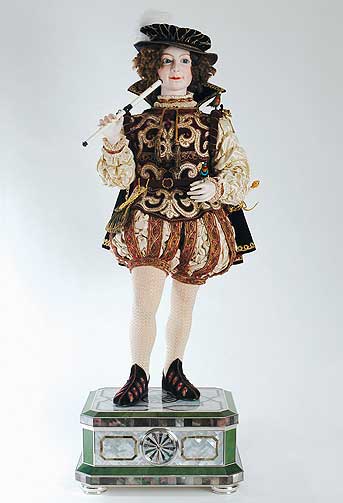 L’Oiseleur (“The Bird Trainer”) is the world’s most expensive doll, with a price tag of $6.25 million. The doll, which was created by Christian Bailly, is no ordinary doll. It is an automation, a self-operating machine, that features 2,340 polished steel parts. Bailly, who is an expert on automata, and a team of 12 craftsmen, spent over 15,000 hours to bring L’Oiseleur to life.

There has been no news on whether or not Bailly was able to sell L’Oiseleur for the $6 million that he was asking for. The last news reports on the doll from 2006, said that the doll is kept in Bailly’s workshop and was only put on exhibit once.

The original budget that Christian Bailly set for building L’Oiseleur was $400,000 but reportedly, the final cost was much higher as no expense was spared to make the doll perfect. To raise the money, Bailly sold more than a hundred 19th century automatons he’d collected over 40 years. 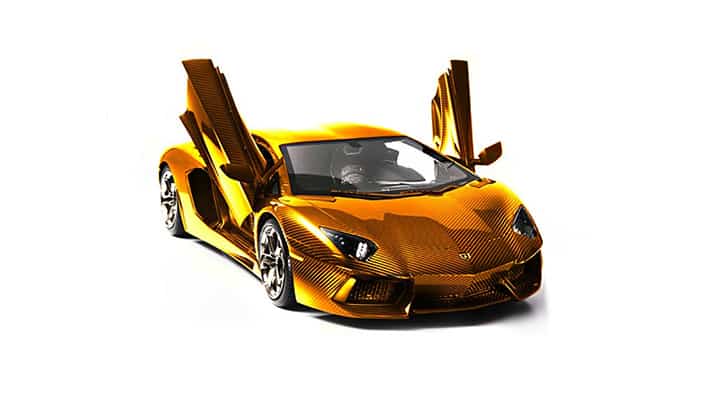 The materials used to build the Gold Lamborghini Aventador Model Car cost about $2.6 million. The body, doors and bonnet are made from carbon and wrapped in solid gold. The car also features platinum, sterling silver, and high-carat gemstones. In 2013, the Gold Lamborghini Aventador Model Car was set to go to auction with a starting price of $7.5 million, with $650,000 of the earnings going to charity.

When Robert Gülpen initially came up with the idea for the world’s most expensive model car, he mocked up the Lamborghini Aventador Model Car in carbon fiber and displayed it in a Lamborghini showroom in Dubai. 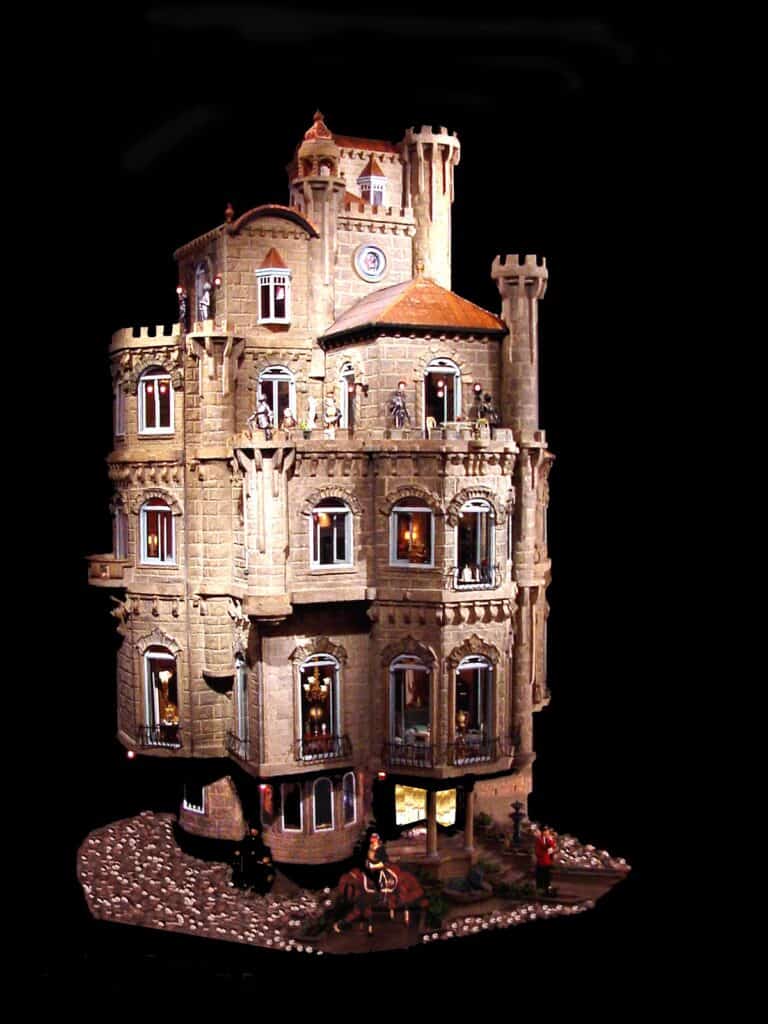 
Valued at $8.5 million, the Astolat Dollhouse Castle is the most expensive and rarest toy ever in the world. The beautiful, museum-quality Astolate Dollhouse Castle was created by master miniaturist Elaine Diehl with support and assistance from artisans throughout the world. Diehl worked on the castle between 1974 and 1987. The interior consists of 29 rooms and adjacent areas that contain approximately 10,000 separate interior pieces.

The design and building of  Astolate Dollhouse Castle was inspired by Alfred Tennyson’s poetry about the Lady of Astolat, a figure in Arthurian legend.

8 Most Expensive and Luxurious Bottled Water You Can Buy