Ancient humans probably used early forms of boats to move around water as they fished or found new places to live. Eventually, these boats were replaced by the more-advanced sailboat. The new invention stood the test of time and remains a popular watercraft to this day.

The first sailboats came from Egypt, but the idea quickly spread and humans began using sailboats to develop trade networks across the Mediterranean sea. In contrast, modern sailboats are often luxury watercraft used for expensive vacations.

Sailboats can be extremely expensive. From vessels with modern art galleries to historically significant designs, these are the top 10 most expensive sailboats in the world. 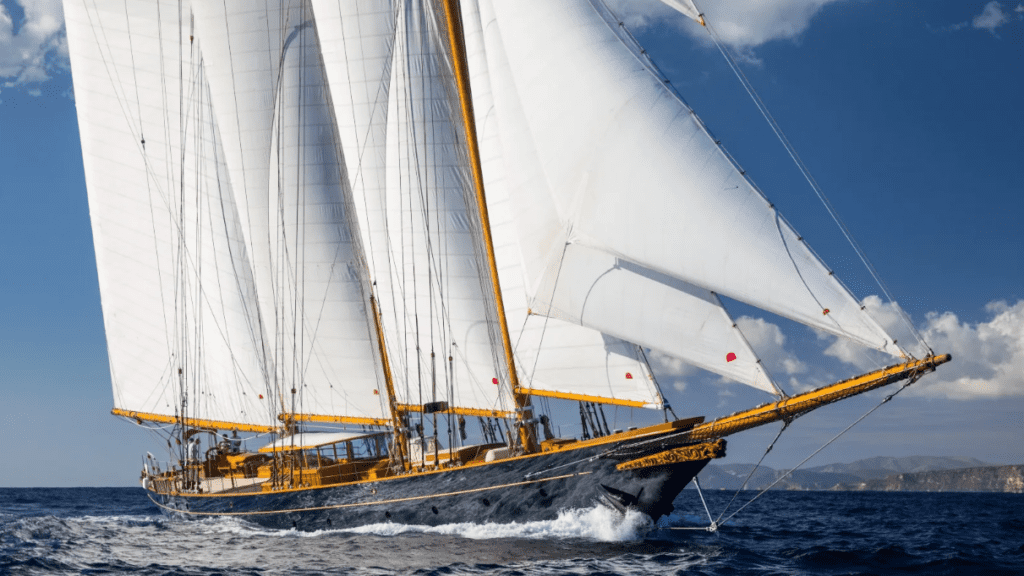 Shenandoah of Sark is an American-made luxury sailboat based on a design by Theodore E Ferris. The boat was created in 1909, but it was completely updated in 2009. With space for up to 10 guests in four spacious cabins, Shenandoah is really a hotel at sea. The sailboat features everything from a luxury study complete with a grand piano to private bathrooms for each sailor. 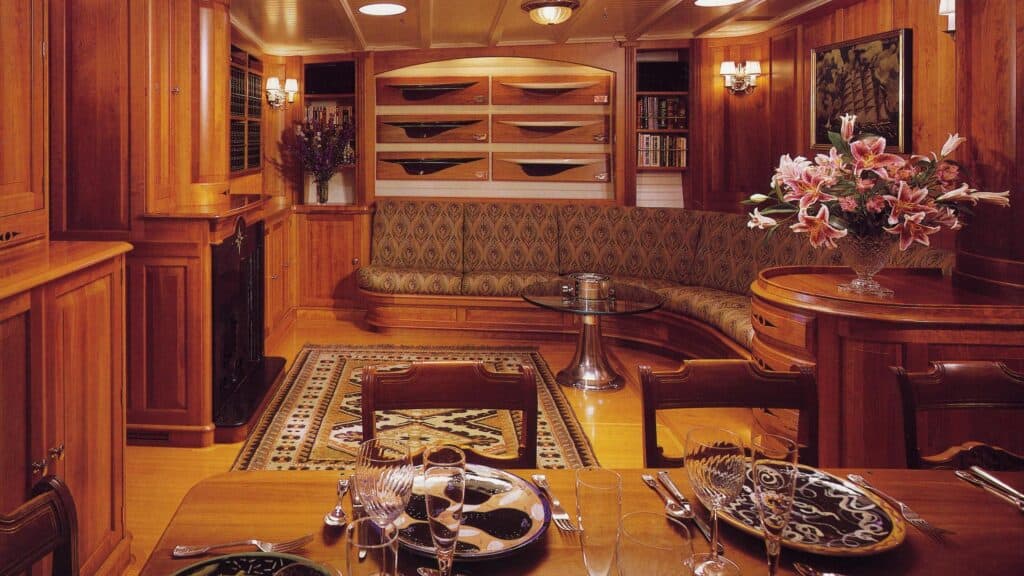 Endeavour is a classic vessel created by the U.K. yard Camper & Nicholsons. The sailboat was commissioned by Thomas Sopwith, a wealthy British aircraft designer. Yacht designer C E Nicholson took on the project before handing his design to Camper & Nicholsons for development. The boat was ready for the ocean in 1934. 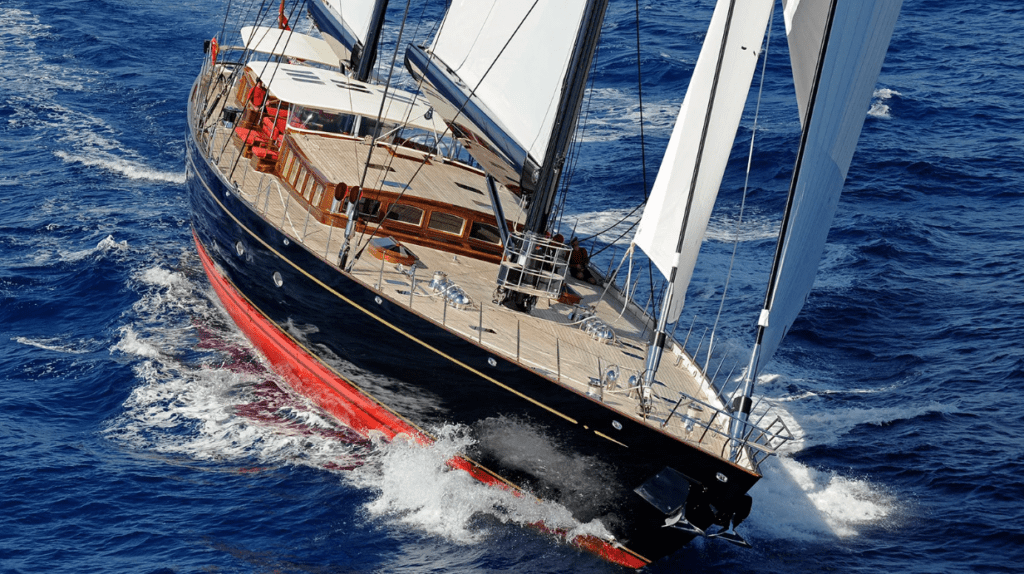 Marie is a Dutch-made sailboat that was launched in 2010. The vessel has quite a few interesting features, including a self-playing baby grand piano in its saloon. The “saloon” of a boat is an area designed for passengers to relax and hang out, usually with space to eat and various entertainment systems.

This sailboat was made by Vitters, a shipyard in the Netherlands. Vitters is a pretty young yard — the business was founded in 1990 by Jan Vitters and has created several notable boats over the years, including the superyacht Sarissa.

Valued at more than $28 million, Marie is the eighth-most expensive sailboat ever made.

Marie has a VIP stateroom featuring a comfortable king-size bed. In the saloon, passengers find a large TV and welcoming sitting space alongside that baby grand piano. 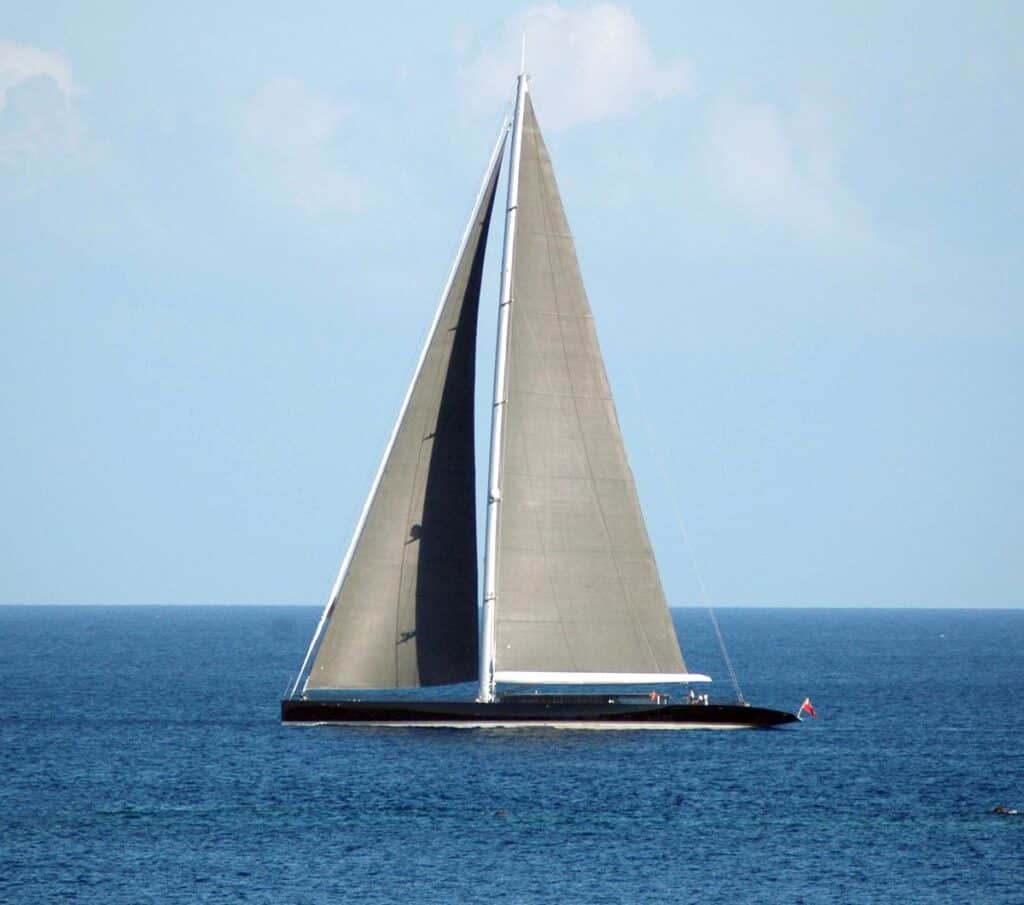 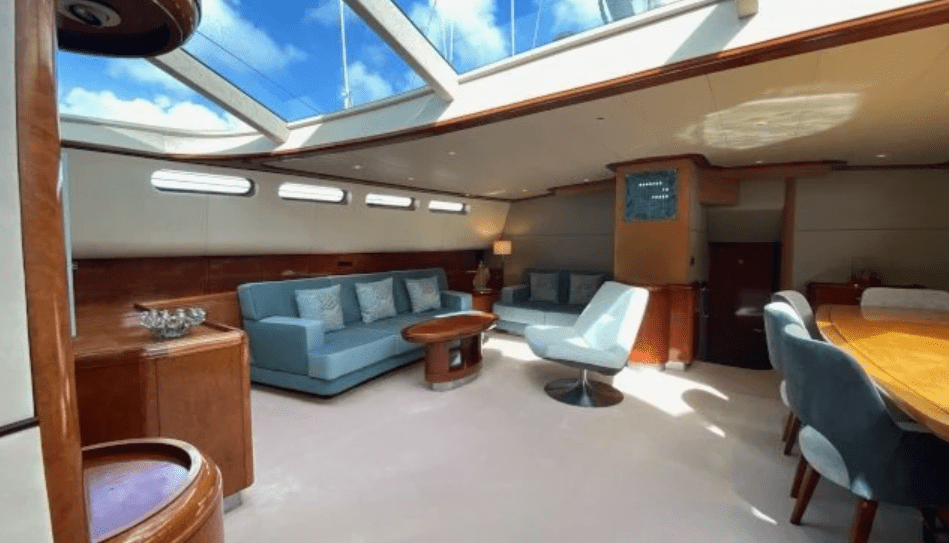 Anatta has space for 22 passengers, including 10 guests and 12 crew members. The massive boat is one of just 17 to reach the 60-70 meter size range, making Anatta one of the most expensive and one of the biggest sailboats in the world. 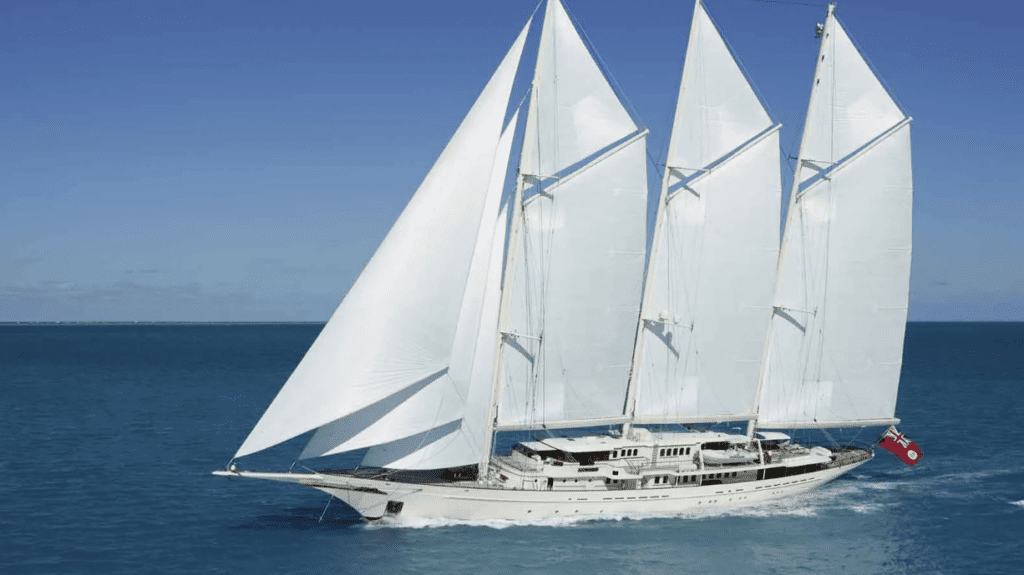 Athena is a massive luxury sailboat created by Royal Huisman, a shipyard in the Netherlands. Before Huisman began construction, the boat’s design was finalized by Pieter Beeldsnijder and Dykstra Naval Architects, two well-known Dutch experts in boat-making.

Athena is valued at nearly $60 million, making it the sixth-most expensive sailboat on the ocean. The wildly expensive design features space for 10 guests and plenty of amenities, including a gym and waterslides. The whole thing is paired with a smaller boat ready to take passengers from the ship to the shore and back again when docking isn’t available.

Beyond built-in entertainment, Athena offers water skis for fun in the sun. 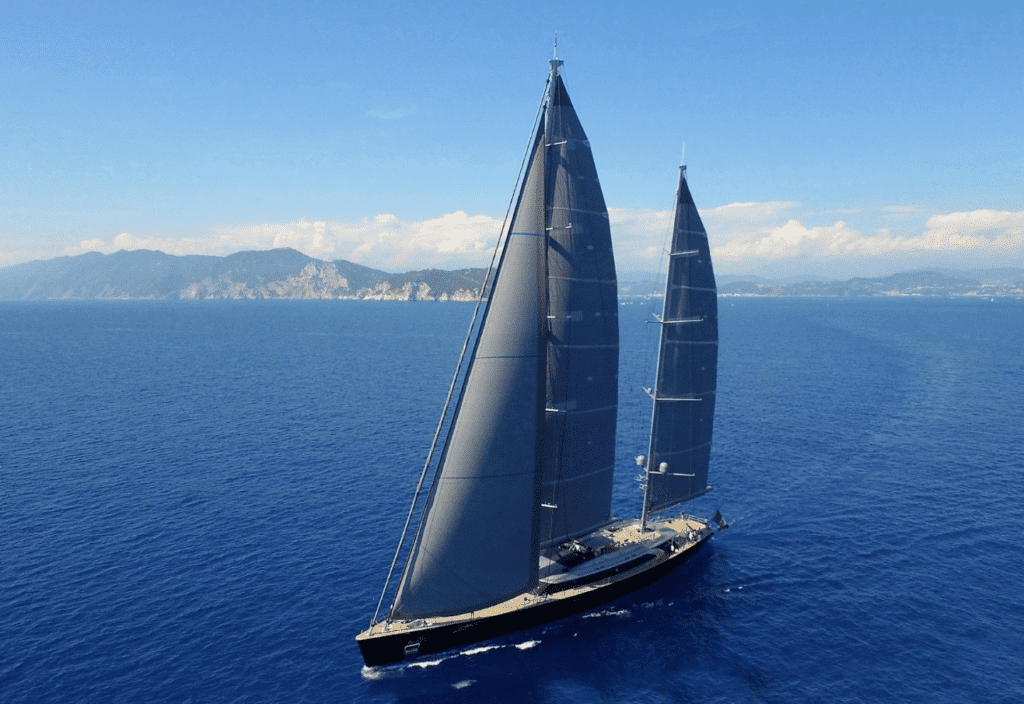 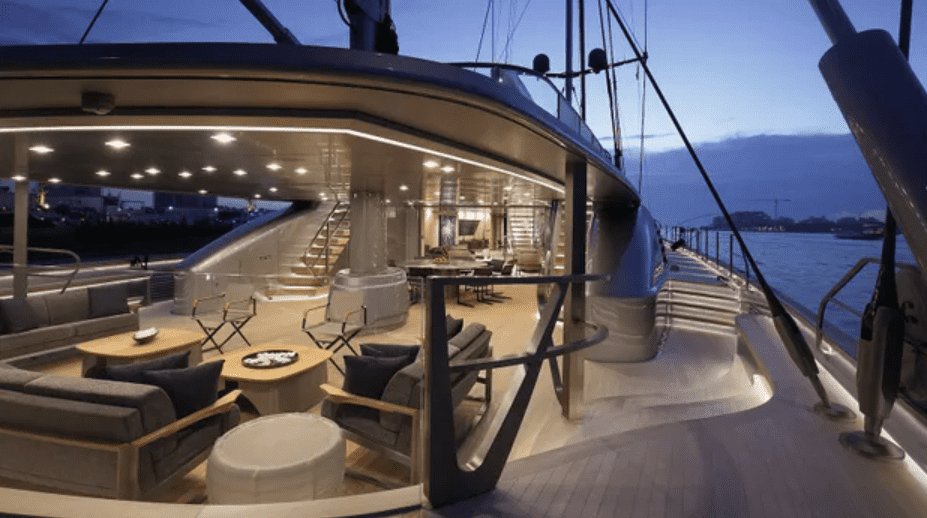 This sailboat was made by Perini Navi based on a design by Philippe Briand. The boat features space for up to 12 guests and is owned by Mohammed VI, the King of Morocco according to SuperYatchFan.

Badis’s maker, Perini Navi, is based in Viareggio, an Italian city that began developing and attracting new citizens during the 1800s. The town is lined with miles of beaches and filled with local restaurants, making it a popular tourist destination.

Valued at an eye-popping $100,000,000, Mohammed VI’s Badisis the fifth-most expensive sailboat on the seas.

Perini Navi was established in the 1980s. 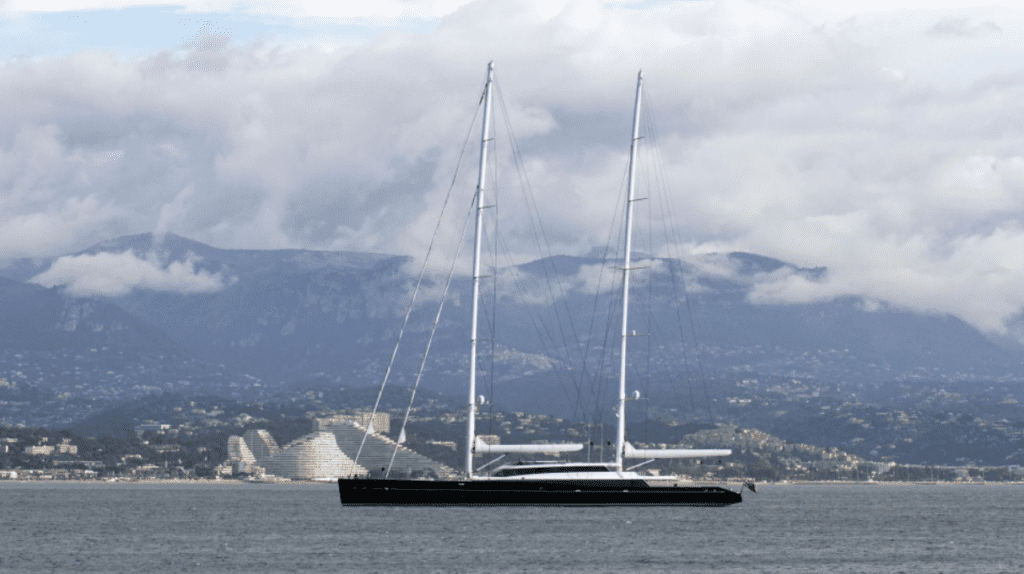 This sailboat from the Netherlands is worth an estimated $100,000,000. The boat’s hull is made of steel and the interior comfortably houses 14 guests.

Aquijo is a relatively new vessel — construction was completed in 2016 by Vitters and Oceanco, two famous shipyards.

Today, Aquijo is reportedly owned by Juergen Grossmann. Grossmann is a German businessman who reportedly works in the steel processing industry. According to reports, the wealthy executive is worth $1 billion and is married to Dagmar Sikorski-Grossmann.

Oceanco says it’s the leading maker of large luxury yachts. The company says it “thrive[s] on challenges, actively seeking out innovative and unusual projects where interior” boat designs are connected to complicated engineering. 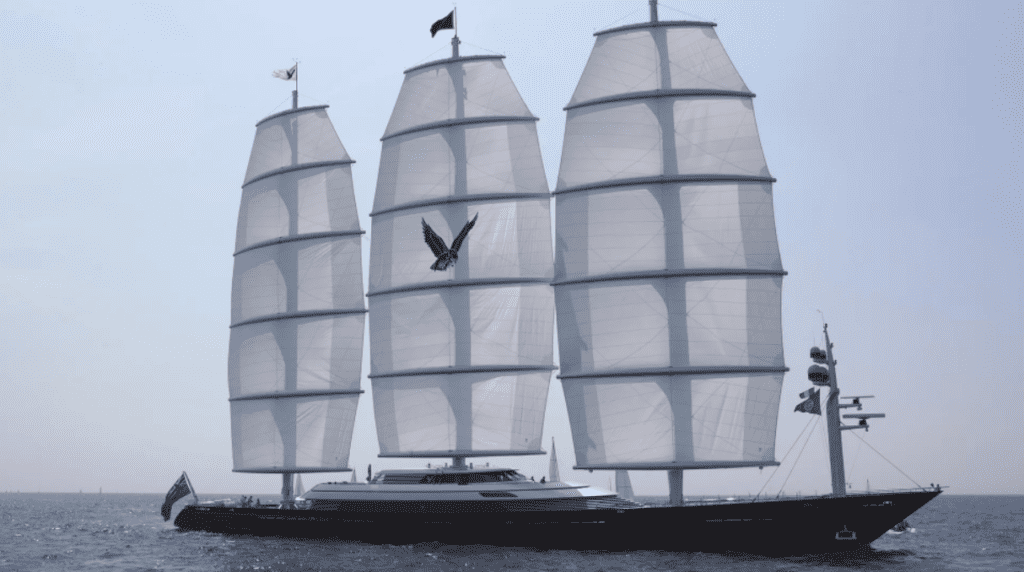 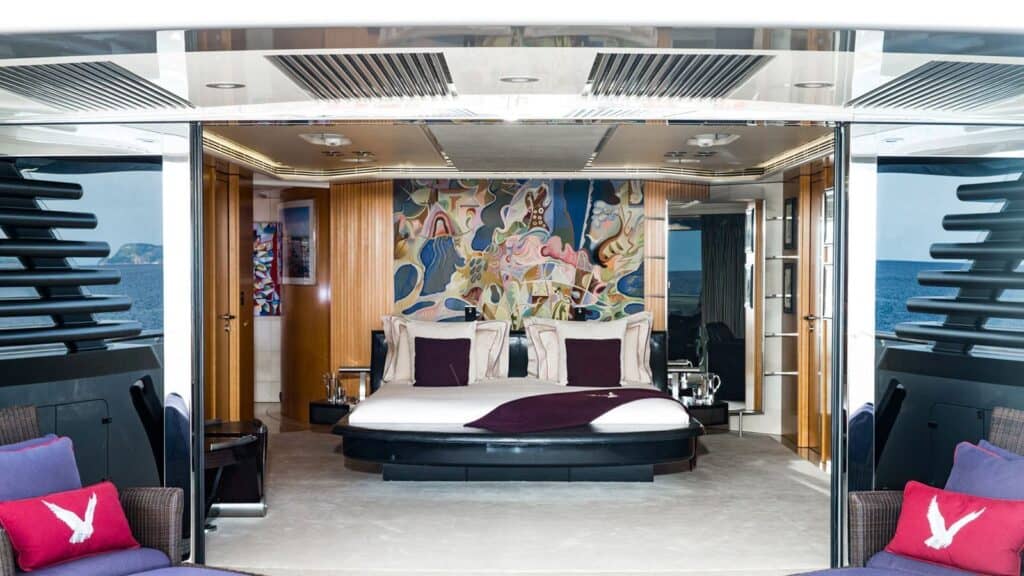 The Maltese Falcon is an iconic superyacht/sailboat that’s worth approximately $150 million. The crazy-expensive vessel was made in collaboration between several different experts, including designer Ken Freivokh.

Today, the Maltese Falcon can be chartered (rented) for luxury getaways or weekend trips along the coast. Prices start at a whopping €460,000 per week, which is about the same in U.S. dollars. Renting the sailboat gets you world-class amenities like an onboard art collection, expensive leather and wood details, and a private crew at your service.

The Maltese Falcon was built in Turkey. The sailboat was completed in 2006 and has won more than a dozen awards since its launch. 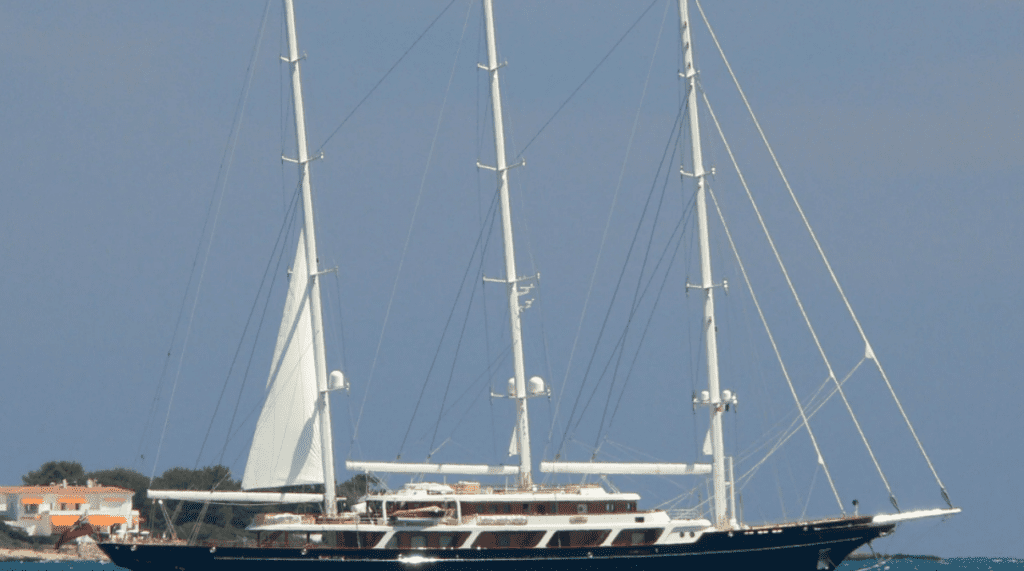 Coming in at number two is Eos. The massive sailboat is one of the biggest in the world and costs its owner $2,000 per day to dock in New York City. Valued at $200 million, the German-made vessel is easily the second-most expensive sailboat on the planet.

Little is known about the interior of this luxury boat, but reports say the space is decked out with a glass staircase and several private guest rooms. Barry Diller, the sailboat’s owner, is an American businessman worth more than $4 billion.

Barry Dillar made a lot of money in the online business industry. 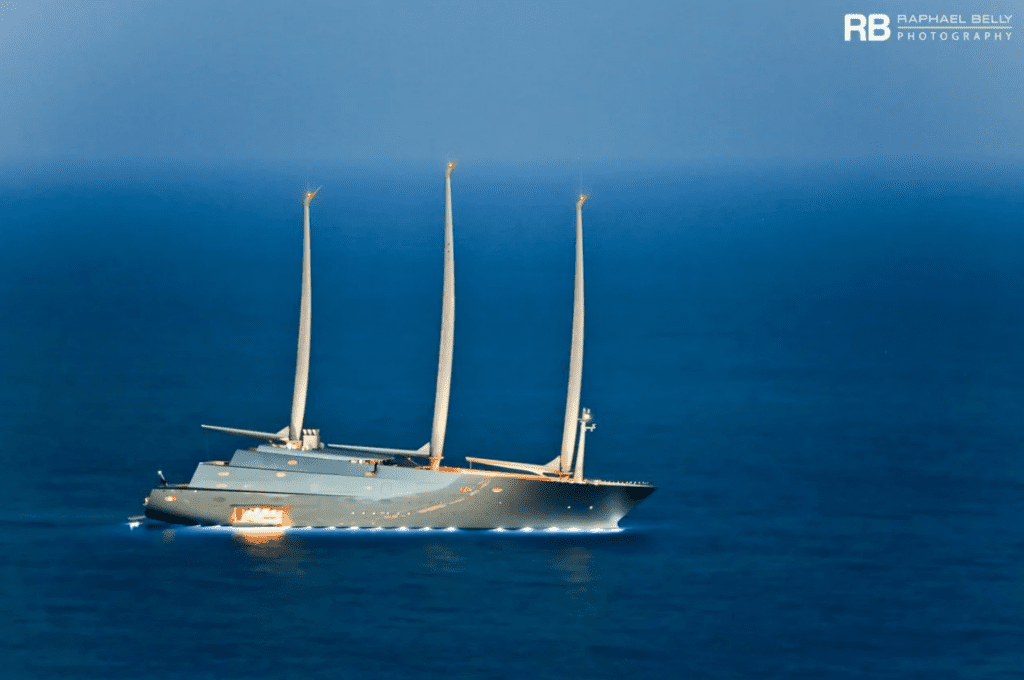 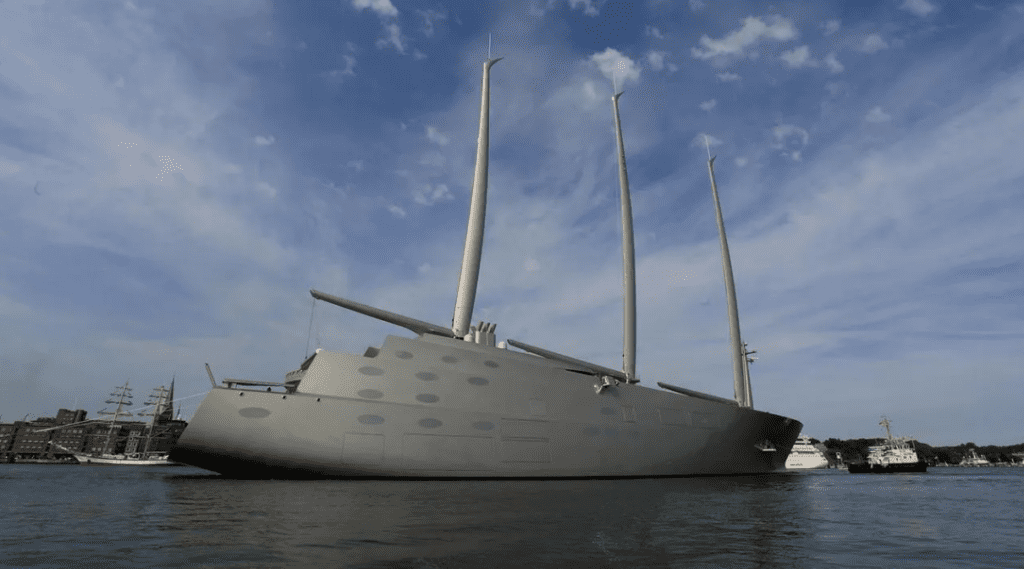 Sailing Yacht A is the most expensive sailboat in the world.

Valued at more than half a billion dollars, this mansion on the water is a massively expensive sailing yacht owned by a Russian billionaire named Andrey Melnichenko. The boat was seized by Italian authorities in 2022 after the European Union placed sanctions on Melnichenko following Russia’s invasion of Ukraine.

Little is known about this massive sailboat beyond its intimidating size and ultra-high price tag. However, reports say the expensive vessel was designed by Philippe Starck.

This boat was made in Germany and delivered to its buyer in 2017.

9 Most Expensive Bentleys Ever Made