9 Most Expensive Bentleys Ever Made

Bentley has been manufacturing luxury British vehicles since 1919. They were founded in Crewe, England, which is still their headquarters, and are responsible for several infamously fast racers such as the Speed Six and R-Type Continental. Bentleys have been famous for their incredible performance at the 24 Hours of Le Mans race, which they won first overall in 1924 and 1927-1930.

Since 1998, Bentley has been owned by Volkswagen. Continue reading to learn about these luxury racing vehicles in the context of the 9 most expensive Bentleys ever sold. 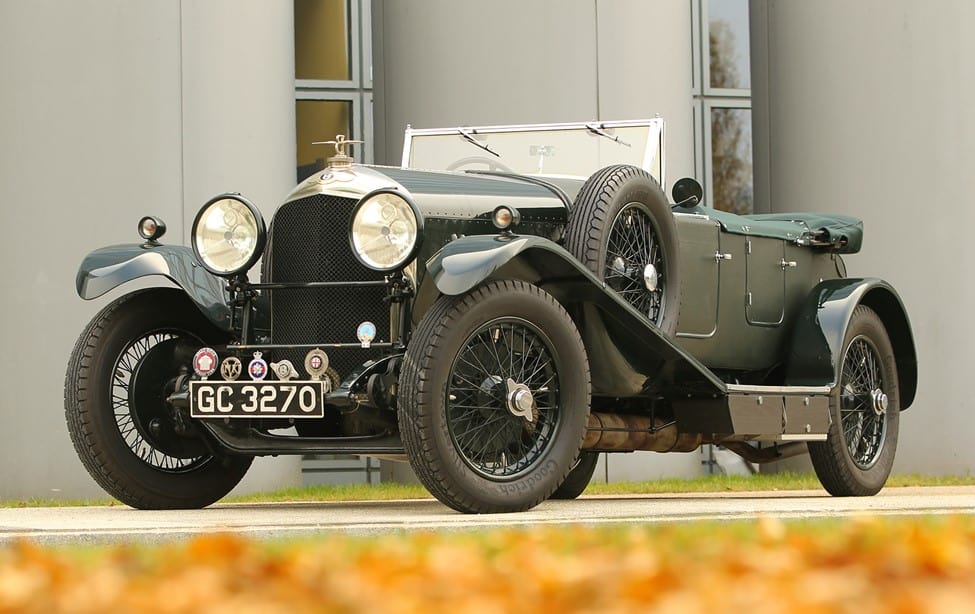 The Bentley 4 ½ Litre Dual Cowl Sports Tourer is a car from 1929, making it one of the 10th anniversary Bentleys made during the brand’s heyday, amid major victories at the 24 Hours of Le Mans race. It was sold at a Scottsdale auction in 2012 for $2.145 million, well over its estimate of $1.5 million. The coachwork was designed by Vanden Plas, a designer whose name will come up repeatedly on this list.

Its technical specs include a KL3584 SOHC Inline 4-Cylinder Engine, twin SU carburetors, and 4-wheel mechanical drum brakes. The car could clock 110 bhp in a time when that put it as one of the most revered racing vehicles in the world.

Vanden Plas is a coachbuilder brand so old that when they started in 1870 in Belgium, they were designing coaches for horse-drawn carriages. They’ve designed not only for Bentley but for British Leyland and the Rover Group. 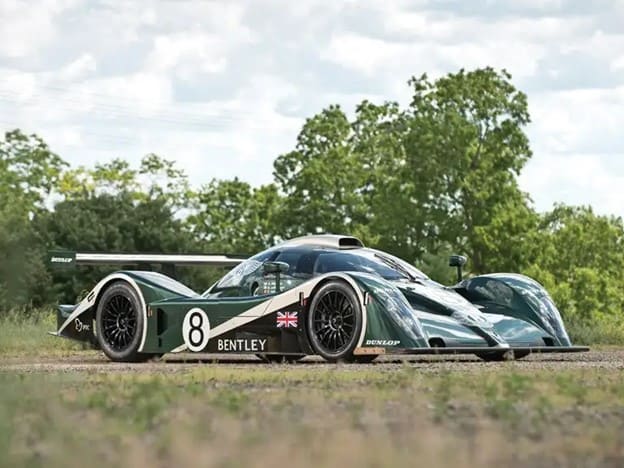 By far the newest car on this list is this 2001 Bentley Speed 8 Le Mans Prototype Racing Car. Its engine is a 3.6-liter twin-turbocharged V-8 engine with electronic fuel injection. After decades of slow starts at the 24 Hours of Le Mans, the race that Bentleys used to dominate in the 1920s, this prototype finished on the podium, the first Bentley to do so in 71 years (it finished third overall).

This prototype racer was sold at a Sotheby’s auction in Monterey, California in August 2012 for $2.53 million.

A new racing Audi, the Audi R8, was commissioned in 1998 by Dallara, an Italian contractor who wanted a sports racer that could place at Le Mans. This Bentley Speed 8 was built to compete with it. It was conceived by Ferdinand Piech, the grandson of Porsche himself. 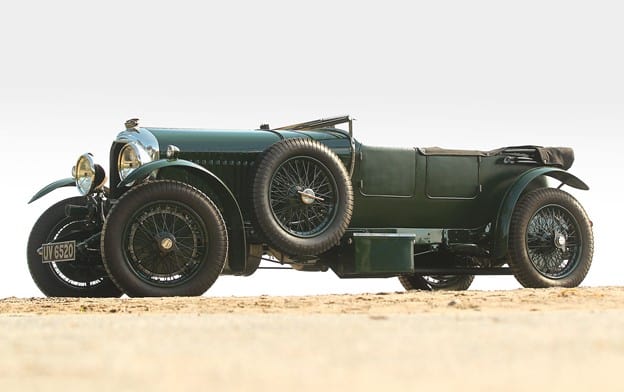 The Bentley 4 ½ Litre Semi-Le Mans Sports Tourer is a 1928 racer, tied for the oldest vehicle on this list. Its coachwork was done by the famous designer, Vanden Plas, from chassis MF3153. It sold at an Amelia Island auction in 2013 over its estimated value, ultimately taking in $2.75 million.

With the original body intact (No. 1457), this car is one of the rarer examples of this era of racers. It includes many original components designed for performance at the 1928 Le Mans race. Its SOHC inline 4-cylinder engine clocks in at 130 hp.

The Marque specialists Richard Cresswell and Graham Moss oversaw the restoration of this vehicle, which was documented and authorized by the noted Bentley historian, Clare Hay. 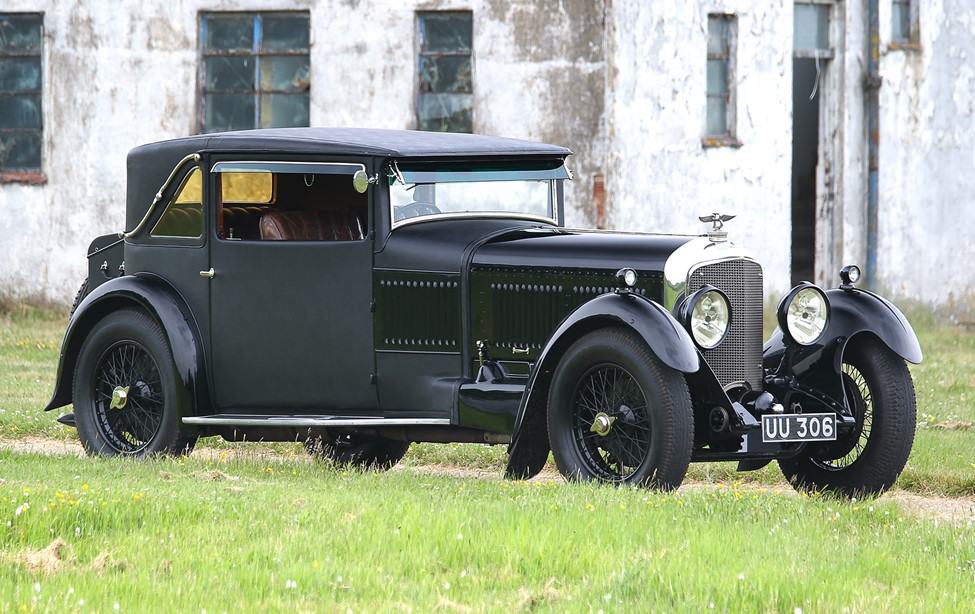 This Bentley Speed Six Grafton Coupe is one of the rare speed sixes still with its original body. Its SOHC Inline 6-Cylinder engine (twin SU carburetors) clocked 160 hp. But this didn’t stop it from being the pinnacle of sporty coupe designs for the luxury brand. When many collectors think of “Bentley,” this is the chassis that comes to mind.

Though estimated by Gooding & Company at a value as high as $4 million, this Speed Six only took in $2.86 million at its Pebble Beach auction in 2013. Still, this didn’t stop it from being one of the most expensive Bentleys ever sold, in addition to already being one of the most handsome.

The Bentley Speed Six was a model with a rolling chassis that was produced from 1928 to 1930. They became well-known as the most successful of all Bentley’s racing vehicles. A few famous instances of this model became known as the “Blue Train Bentleys.”

The Bentley R-Type Continental Fastback was sold at an Amelia Island auction in 2022 for $2.975 million, half a million over its estimated value. The racer Bill Spear commissioned this car, one of only 23 models built for left-handed drivers. Among post-war Bentleys, this 1954 continental is one of the rarest that can be collected.

This vehicle was restored by P&A Wood, bringing it as close to its original racing design as possible. At full speed, this 4,887 CC OHV Inline 6-Cylinder Engine could deliver 172 hp.

The Mark VI was the first series of post-war Bentley designs. The R-Type was the second. This design featured a larger boot and a coach-built variant. 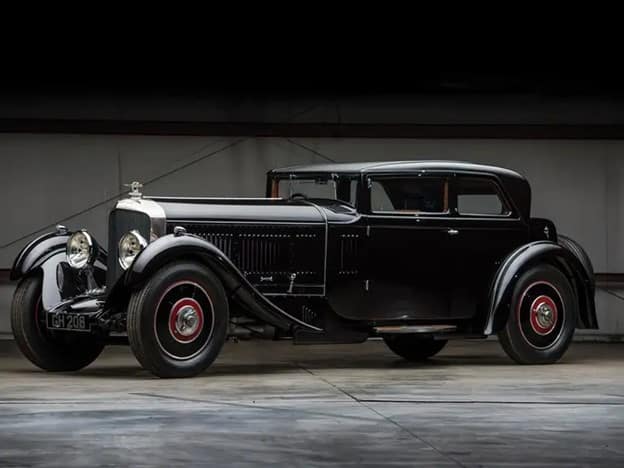 This Bentley 6 ½ Litre Speed Six Sportsman’s Saloon was put up for sale at a Sotheby’s auction in Monterey, California in 2017. It took in $3.41 million because of its condition but also the uniqueness of its coachwork, which is sinister, gangster movie-ominous, designed by Corsica.

The car has had several famous drivers since its creation in 1930, including Barry Cooney, Hugh Young, and Gordon Apker. In terms of speed six Bentleys, this car was developed later, giving it all the hardware improvements garnered over years of racing at Le Mans. This included a reinforced camshaft and the then-standard “C” type gearbox.

Corsica Coachworks in London is famous for taking these Bentleys, with 152-inch chassis and an engine that seems to stretch forever, and giving them this iconic hood line that defines the roadsters of the era. For the Sportsman’s Saloon, they created a unique profile with a short tail, low roof, and split windscreen. 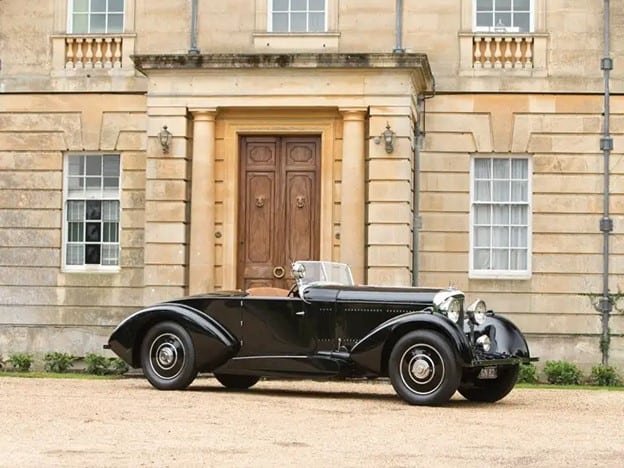 This Bentley 8-Litre Sports Coupe Cabriolet was valued at $4.75 million went it went up for auction in Berkeley, California in 2014. Its inline 6-cylinder engine (twin SU H08 carburetors) puts out up to 230 hp. When it comes to two-person roadster chassis, it doesn’t get much more classic than this 1931 beauty, especially for 8-litre models.

Clare Hay, one of the foremost authorities on vintage Bentleys, verified the authenticity of this unique Bentley. Despite this, this car has yet to be sold.

Barker designed the coach for this Coupe Cabriolet, whose curvilinear designs were sensational at the time and are now considered imminently classic, even synonymous with the Bentley brand. 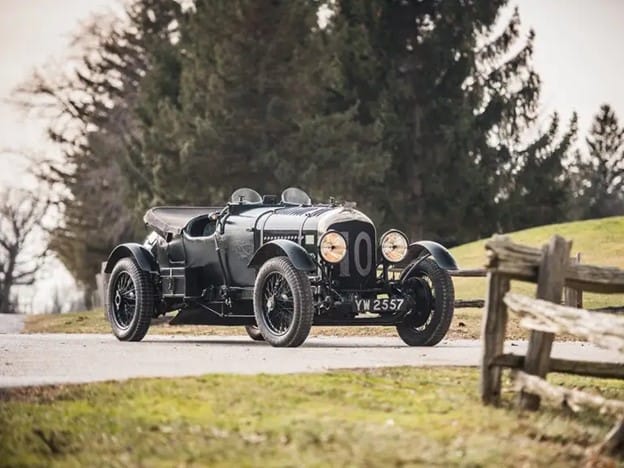 The Bentley 4 ½ Litre Le Mans Sports, also known as “Bobtail,” entered the race at Le Mans twice, winning 3ed overall in 1929. This is the only remaining example of this car out of the two originals with the 4 ½ litre engines.

Its technical specs include twin SU sloper carburetors, semi-elliptical leaf-spring suspension, and an engine clocked at 150 hp at the high end. Its coachwork was completed in 1928 by Vanden Plas. Though the car was estimated to take in as much as $7.5 million, it sold at a 2012 Pebble Beach auction for $6.05 million, still the second most expensive Bentley ever.

Plas’ experience was in aircraft design before creating some of the most famous racing Bentleys in the 1920s. The bobtail cowling on this car is what has given it its nickname. 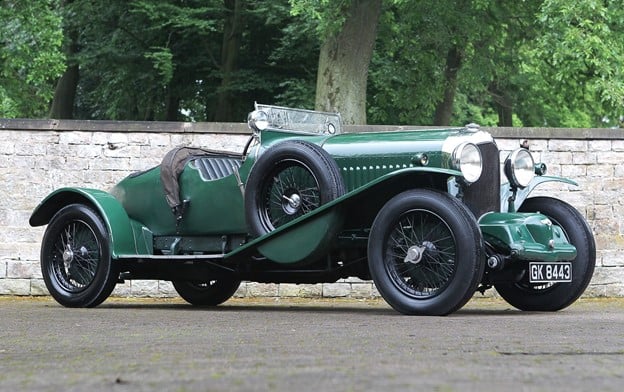 The most expensive Bentley is the Bentley 4 ½ Litre SC “Blower” Sports. This 1931 beauty was able to crank out 182 hp on that supercharged engine. One of the reasons the Gooding & Company auction house valued it so highly is that it features the original fabric interior, which is extremely rare for Bentleys this old.

This $10-million beauty was featured at a 2012 Pebble Beach auction. The coachbuilder Gurney Nutting created this boattail body on top of the SM3916 chassis, giving the car its iconic look.

Jack Barclay Limited, at the time the most prestigious Bentley dealer in London, received this car, nicknamed “Blower,” to display in showrooms. It soon received its first owner, who only used the car sparingly, contributing to its current pristine condition and its status as the most expensive Bentley of all time.

9 of the Rarest Horse Colors Ever