Continue reading for the 8 most expensive headphones you can buy. 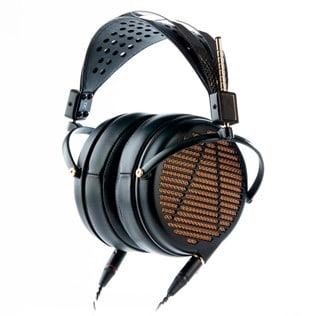 The flagship LCD-4 headphones by Audeze kick off this list with headphones that are already more expensive than most of us will ever spend on a pair. At $3,995, you can expect high-tech audio gadgetry – with these Audeze headphones, you’ll get it. The major selling point for these headphones is a cast-magnesium housing that’s able to reduce weight, a must for those who plan on using these headphones for long recording sessions.

Audeze has only been around since 2008, but its advanced transducer designs by Thiagasamudram and Rosom have taken the luxury headphone market by storm. Their audio accuracy is becoming known as an industry mainstay. From the LCD models to the Sine, iSine, Mobius, and now the LCD-4, these are headphones to watch for those interested in the most expensive (future) headphones on the market. 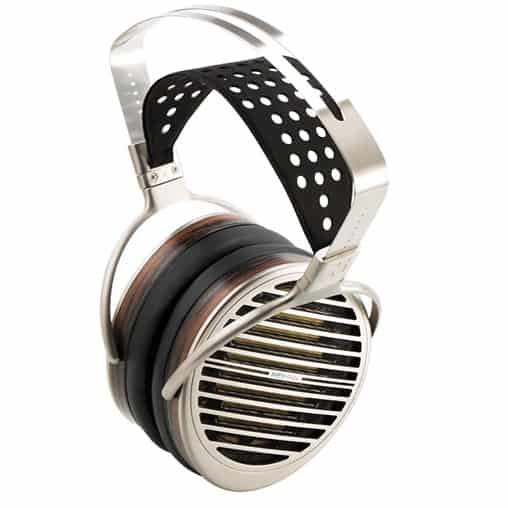 The Susvara Headphones by HiFiMan (we’ll be discussing them later as well) retail for $6,000 and have the technology to back it up.

The big deal with Susvara is technology that reduces distortion and emphasizes sound clarity. Acoustic transparency is its mission, which is why HiFiMan sculpted the magnets in a way that reduces interference. This planar technology is advertised as having less quality drop-off in sound mixes than conventional magnetic or electrostatic headphones.

HiFiMan is one of the most recently formed consumer audio electronics companies, unlike many on this list that has been around for decades. It was formed in China by Dr. Fan Bian in 2005 and has been known for its high-quality headphones ever since the original planar headphones were developed by the brand, the HE5.

Due to tooling costs in China as well as metal shortages at the time, they made the ear cups of the HE5 headphones out of wood. They sold this as a sign of quality and established a reputation for luxury from then on. 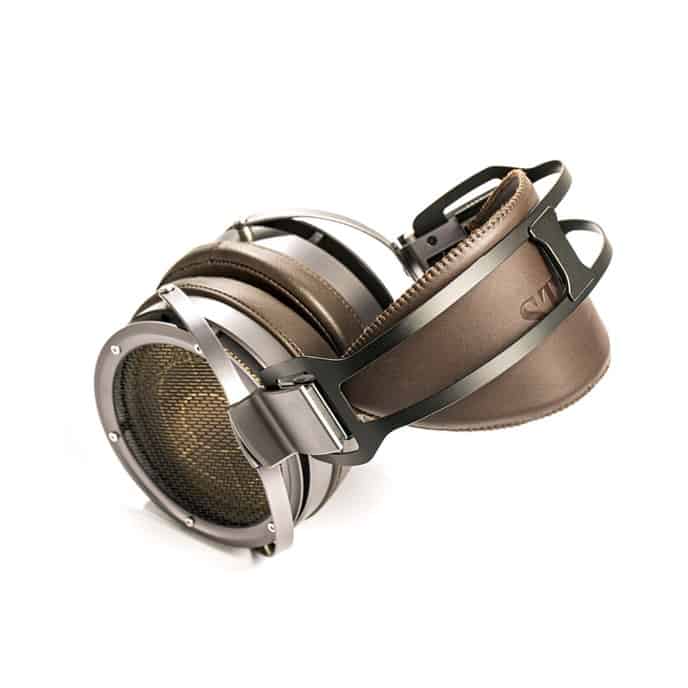 The STAX SR-X9000 headphones are going to transition this list from basically affordable professional headphones to the entries that look more like the price of a new car. They retail for $6,200 from the STAX site and are advertised as the “pinnacle of STAX electrostatic headphones.” The MILER-3 technology was developed over 20 years of research to create a fixed electrode system that resists resonation compared to multilayer fixed electrodes that you find in most headphones.

The diaphragm is 20% larger than the previous model, the SR-009S. This improves the headphones’ reaction speed and response range. The price of these headphones is based purely on technology. Unlike later items on this list, decked out in gold and gems, the STAX SR-X9000 headphones are made from milled aluminum, built for performance.

STAX has been working on its circular metal mesh construction for years. The SR-X was built to reduce reflection and air resistance. Its electrodes increased sound permeability but without being able to eliminate resonance. As a result, they sounded comparatively weak and muddy.

The ultra-thin film that houses the electrodes of the SR-X9000 is a result of all that testing. The company keeps making them larger and thinner to increase quality while reducing resonance, which is why these are currently the brand’s most expensive model. 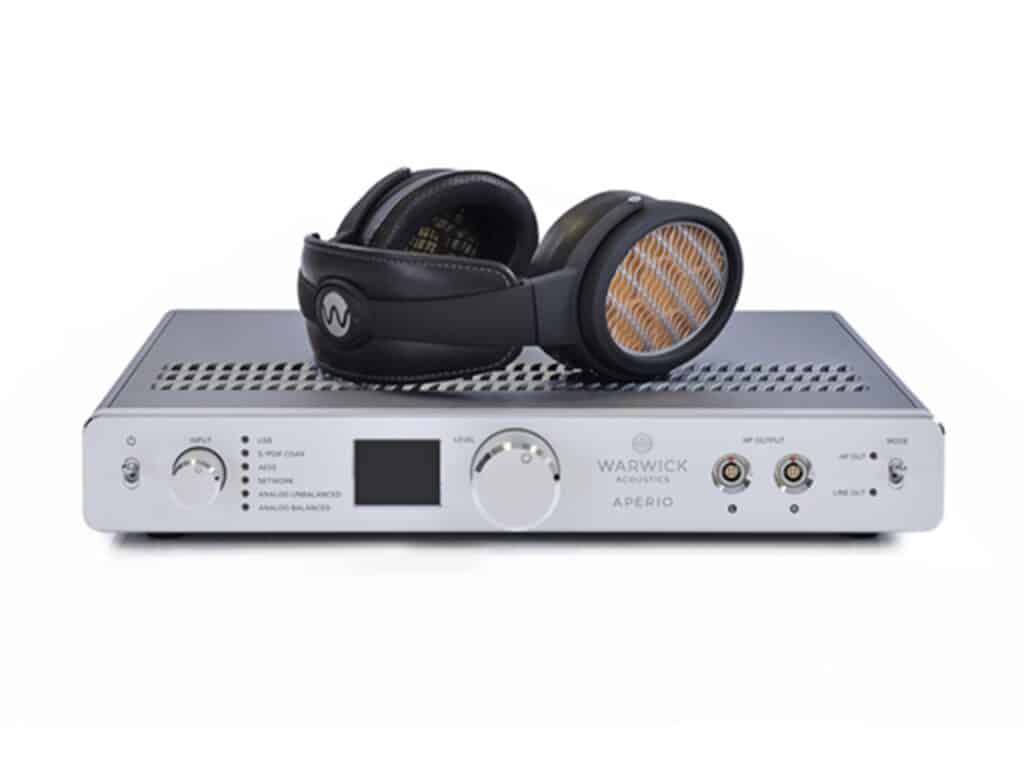 The APERIO headphones by Warwick Acoustics are designed to be professional-grade, high-resolution audio production devices. They were built to master, mix, and record. The system uses proprietary planar electrostatic tech to raise the bar on its headphone system.

However, this doesn’t mean Warwick denied these headphones the bling of other entries on this list. On the contrary, they released limited editions of these headphones finished with 24-karat gold plating. They sell for $24,000.

Electrostatic technology consists of a driver made from a thin diaphragm between perforated metal, which is electrically charged. One plate is charged the same as the diaphragm and the other is oppositely charged. When the headphones receive an audio signal, the plates rapidly switch, which makes the diaphragm move, producing the sound.

Compared to conventional dynamic drivers, headphones that use this technology benefit from extremely high accuracy and extremely low distortion. 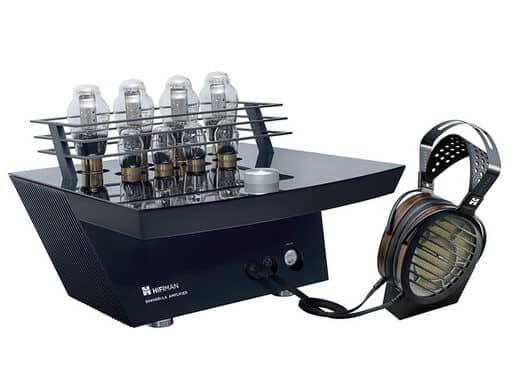 HiFiMan’s electrostatic headphone and amplifier system called the Shangri-La is the next entry on this list, priced at a cool $50,000. They named their headphones after an idyllic mountain escape, a country of paradise, and they tried to make the tech back it up.

The $50,000 price tag includes a relay-based attenuator. It includes 24 levels of volume and 23 different resistors. Each level allows the listener to take advantage of unique mixes. 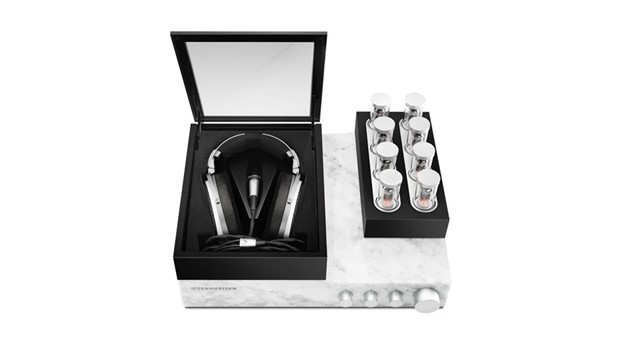 The Sennheiser HE 1 headphones are built for luxury. The amplifier is crafted from a block of Carrara marble, which you may recognize as the stone that the Renaissance sculptors used to create their art. The housing is all-glass. Even the dials are each milled from solid chrome-plated brass.

The goal of the HE 1 system, priced at $59,000, is to combine traditional art designs and audio technology. The ear cups are solid aluminum and authentic leather.

The ultra-high impulse fidelity of the SE-1 is advertised as 200% more efficient than the industry standard. They do this by removing the cable’s capacitive reactance.

Sennheiser has been all about R&D since it was founded in the 1950s. The first shotgun microphone, MD 82, contributed to Sennheiser developing condenser mic technology. This would have a huge impact on audio recording in the context of TV and film in the coming years.

Their technology is so pronounced that the dynamic microphone Sennheiser developed in 1960, the MD 421, is still in use today. 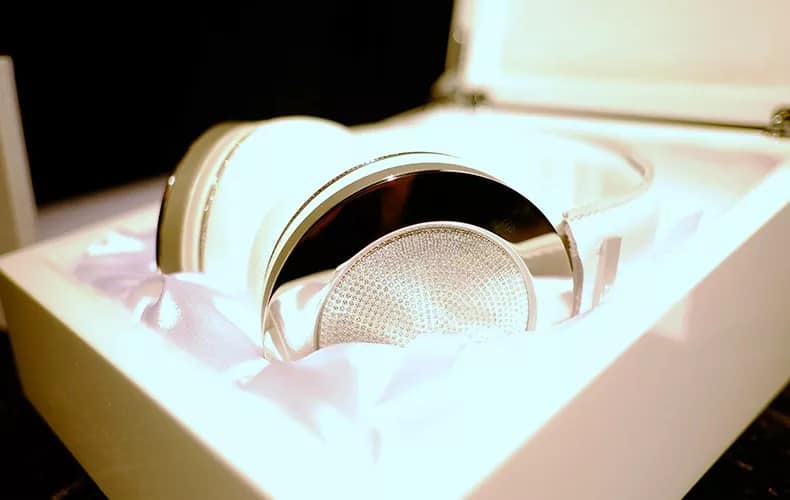 The diamond headphones by Onkyo were introduced to the world at CES 2017. They’re covered in 20 carats of real diamonds with a G or H rating. They can be customized for color or kept colorless. The over-ear Onkyo Diamond headphones also feature a ring of rubies above the right ear. The rest is bound together by stainless steel and leather.

The headphones are available only by invitation. Despite the price tag of $100,000, it seems they need to be even more exclusive. We listed the frequency as unknown because these headphones are not advertised with their technical capabilities. As an Onkyo representative put it, “the specs don’t matter.”

Onkyo has been creating quality sound equipment for over 70 years. They got their start in 1946 in Japan, built to give the country reliable dynamic speakers. Their brand image is built on equal parts national pride and technological ambition, with their first product appearing later that year. The original Onkyo product was a cartridge pickup for recording artists. 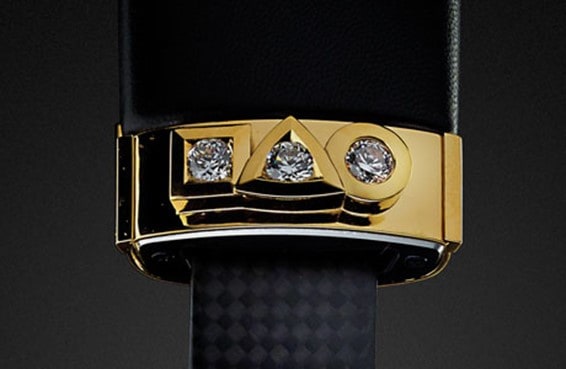 The headphones are gilded with gold and jewels, with parts on the band and ears sculpted from 18-karat gold and embedded with 6.5 carats of diamonds. These headphones are available to be purchased for 120,000 pounds, which is the equivalent of $162,827.88.

Tournaire designed gems called “The Trilogy” for their special collector’s series. They are a triangle, square, and circle of precious metal, enrobing diamonds. They were designed to represent the past, present, and future, according to the jeweler’s site. On the Utopia Headphones, the Trilogy is solid gold.

The world’s most expensive headphones combine advanced audio technology with luxurious construction. Some of these are simply high-tech audio devices; others are gilded in gold and jewels to drive up the price.

Either way, these are expensive devices, made for expense, and flaunt it to those who are unable to purchase them for themselves. For those who can, they’ll find not only top-of-the-line audio devices but limited-edition collectors’ items as well.

8 Most Expensive Drones Ever Made

10 of the Most Expensive Golf Balls Ever Sold