8 Most Expensive Drones Ever Made

Drones have roots in the 19th century… kinda. In 1849, Austria attacked Venice with a series of unmanned balloons equipped with explosives. These early “drones” certainly weren’t as advanced as the remotely piloted fliers seen in the sky today, but they are part of the history of unmanned flight systems.

If we want to learn more about fliers we’d actually recognize as drones today, we need to jump ahead to 1916. In those early years of the 20th century, the Ruston Proctor Aerial Target was born. The system used a radio guidance system invented by a British engineer named Archibald Low.

Jumping further ahead, recreational remote-controlled fliers became widely available in the 1960s. This would be the start of the drone era we know today, with the U.S. military using drones during its attack on Afghanistan in 2001.

Today, consumer drones are widely accessible to the general public. This accessibility has led to a lot of affordable drones… and a lot of very expensive ones.

Let’s look at the top eight most expensive drones on the market. 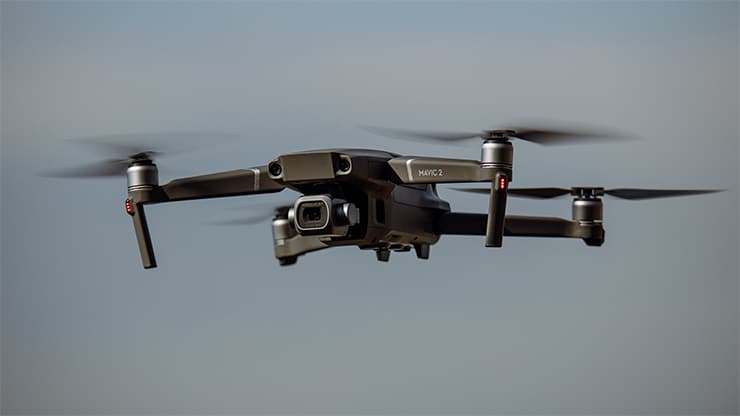 DJI is a big player in the world of drones. Capturing about 70% of the market, the brand has offices in the U.S., China, Germany, and several other countries across the globe.

With such a big share of the market, it’s no surprise that DJI takes up a few spots on this list. First up: the Mavic 2. This drone sells for over $1,700.

For such a high price point, you’d hope the drone has some pretty cool features. Thankfully, DJI seems to deliver with a unique foldable design and 4K video recording features.

Alongside the Mavic 2, DJI released the Mavic 2 Zoom — a slightly less advanced version that has lower-quality photo and video abilities. 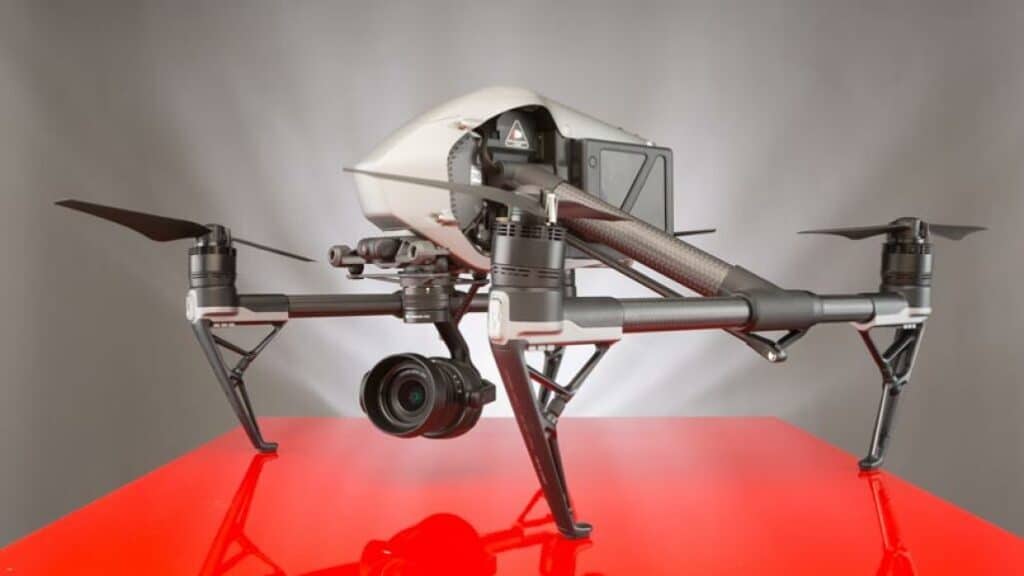 As the second entry by DJI on this list, this drone kicks the price tag up to an incredible $3,910. Amazingly, the Inspire 2 features an autopilot option and 5.2K video recording — which might make that higher cost worth it.

According to a review of this drone, the Inspire 2’s built-in camera can see “any direction.” Plus, the drone includes carbon fiber landing gear and a metal body, adding to the price.

To fly this drone, users have to register with the Federal Aviation Administration (FAA). This is because the drone weighs 7.3 pounds, more than the 8.8 ounces the FAA allows for non-registered drones.

The PowerEye drone is called a “pro-grade cinematography drone.” With a 4K camera and a flight time of about 30 minutes, this drone really does seem pro.

Incredibly, the PowerEye reportedly gets those 30 minutes of flight time after just 10 minutes on the charger

The brand behind this expensive drone, PowerVision, was founded in 2009 and says buyers can opt for a Thermal version of the PowerEye — which features a thermal camera as the name suggests. At nearly $4,000, this drone is definitely expensive.

The camera on this drone is gimbal-mounted. What’s that mean? Basically, it’s secured on a special stabilization system to ensure video recordings feature smooth, fluid movement. 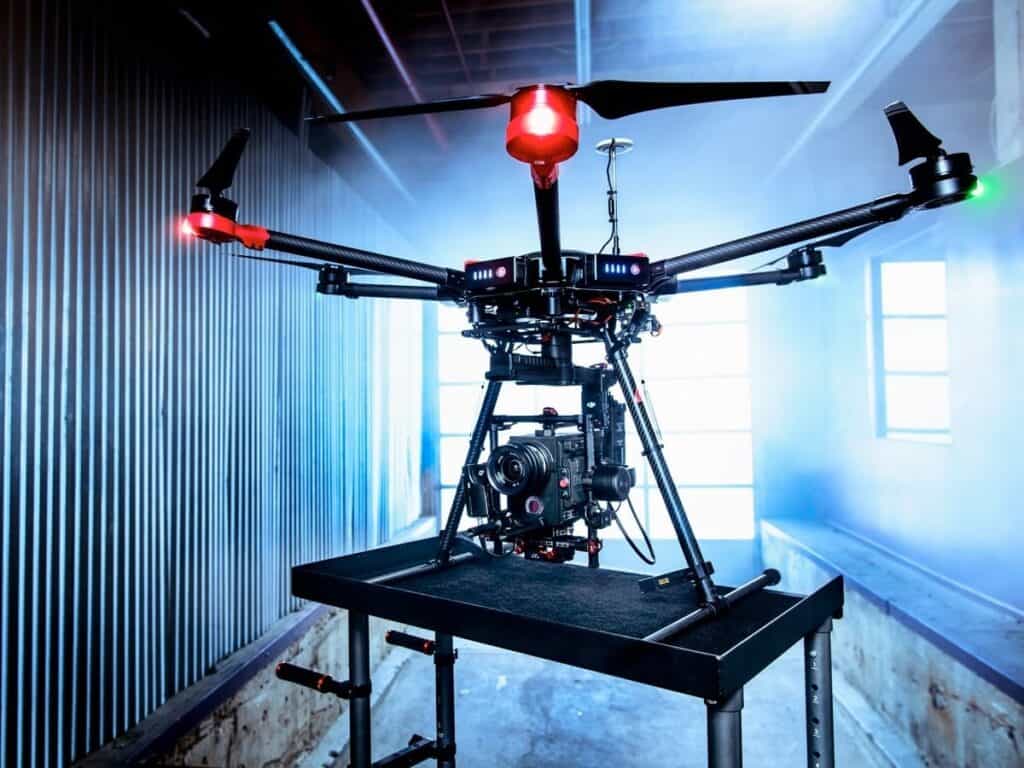 The DJI brand makes its third appearance on this list with the Matrice 600, a hexacopter (meaning it has six rotors) made specifically for filmmakers looking for cinematic shots.

The drone costs a whopping $6,599. And what do buyers get for such a steep price? A big part of the appeal is the drone’s reportedly durable construction. The drone features a carbon fiber landing gear system, an aluminum body, and propellers reinforced with more carbon fiber. As a result, the Matrice 600 has been described as “suitable for maximum toughness.”

However, unlike other entries on this list, those six thousand dollars won’t get you a camera — you’ll have to add your own to the included camera-mounting system.

The Matrice 600 can fly very high. With a maximum altitude of about 2,500 meters above sea level, this drone soars about a fourth as high as the average commercial jet. 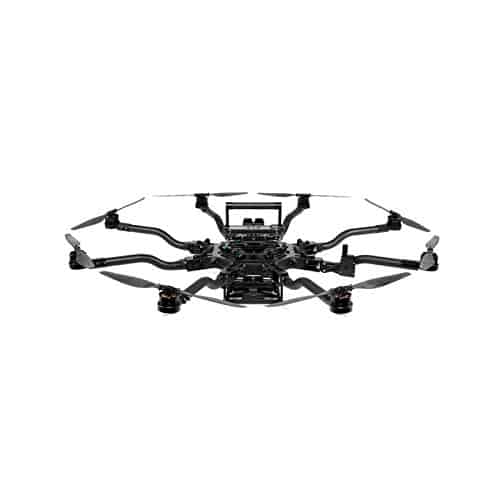 Prices start to climb with the Freefly Alta 8. This drone goes for an incredible $17,000 — about then thousand more than the last entry. For that very steep price, buyers get eight propellers, max speeds of about 30 to 35 miles per hour, and 8-34 minutes of fly time.

Strangely, this expensive drone doesn’t come with a built-in camera. However, with eight propellers, the drone will reportedly stay stable in windy weather. As a result, one review says this is a good option for filmmakers… if they have a lot of cash on hand.

Although this expensive drone doesn’t have a built-in camera, users should be able to attach a wide range of filming systems since the flight system has a max payload of about 20 pounds. 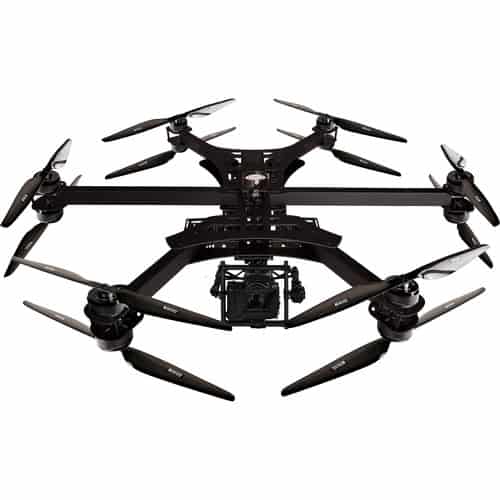 If you’ve got over 30 grand to spare, this drone might be a good option. The Dragon X12 from xFold includes a cinema-quality gimbal system that lets users attach high-end cameras for some high-flying shots.

Beyond its staggering price tag, this drone is notable for its size. When folded down, the entire setup measures over 35 inches at the largest point — pretty big compared to some other drones on the market.

This drone earns part of its price tag thanks to the carbon fiber frame. Using 3K weave carbon fiber, the drone’s shell alone could cost thousands considering just three feet of this special material can cost more than $50. 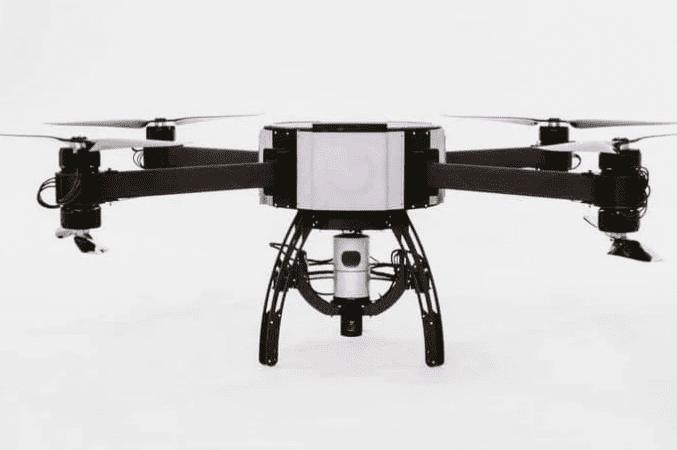 With an impressive operating range of over nine miles, this drone has all the markings of a professional-grade flier — and the price reflects that. At $120,000, this is an extremely expensive drone. In fact, it’s so expensive that the website that sells it seems to recognize how crazy the price is, saying, “that $120,000 price tag isn’t so common.”

So is the price worth it? Maybe. With the XactSense Titan, users get a max flight time of 30 minutes, a max payload of about 50 pounds, and the ability to control the drone via an app.

At $120,000, this drone costs nearly as much as the latest Aston Martin. Seriously. 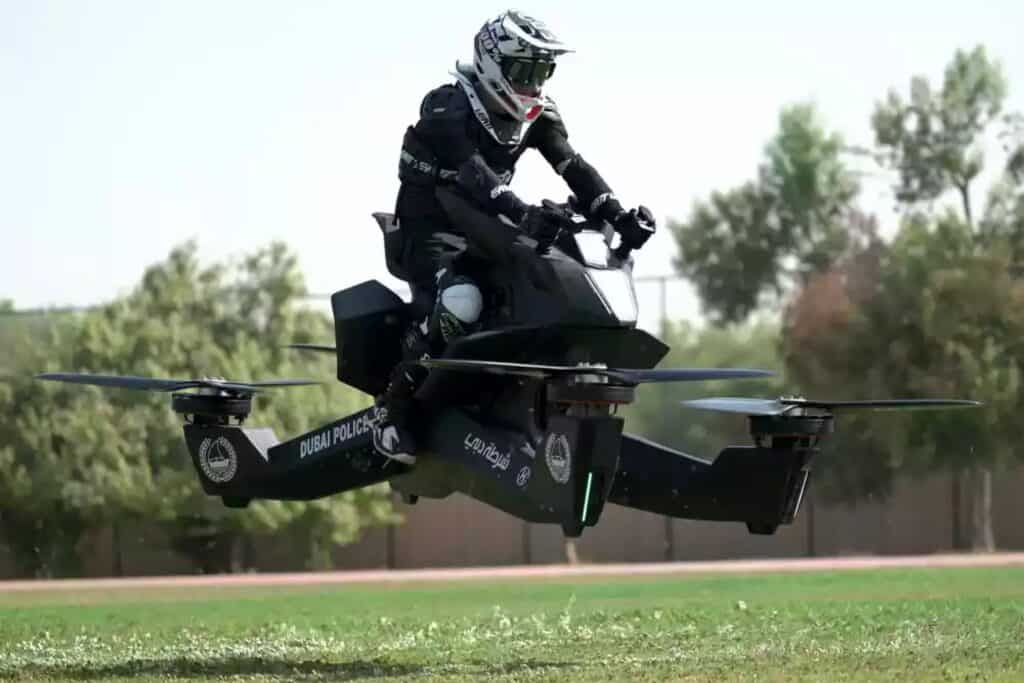 The Scorpion is the most expensive drone.

Made by a Russian company called Hoversurf, this insanely expensive drone features a rideable seat and four massive rotors. The system has a max speed of about 60 miles per hour and requires the completion of a professional training course before buyers can head off with their new toy.

Although the drone is usually touted as a hoverbike, it actually features a drone mode that allows it to fly without a rider for about 40 minutes.

Interestingly, this drone might have a future in law enforcement. In 2018, Hoversurf released a video featuring police in Dubai learning to ride the Scorpion 3.

Although private companies that sell the Scorpion 3 might require flying lessons, the drone falls under the FAA’s ultralight classification — meaning users in the U.S. don’t have to secure a pilot’s license before riding this crazy drone.

Learn About the 8 Most Expensive Diamond Cuts that Exist