10 of the Most Expensive Golf Balls Ever Sold

Golf has roots in 15th century Scotland where players would attempt to hit a small rock over sand dunes using a stick. This early form of golf would eventually turn into the game we know today, but not without some twists and turns along the way. What twists and turns? Strangely, the first hurdle golf faced came along in 1457 when Scotland banned the sport after it became so popular that soldiers neglected their training to practice their swing.

First up: the most expensive golf balls ever sold. 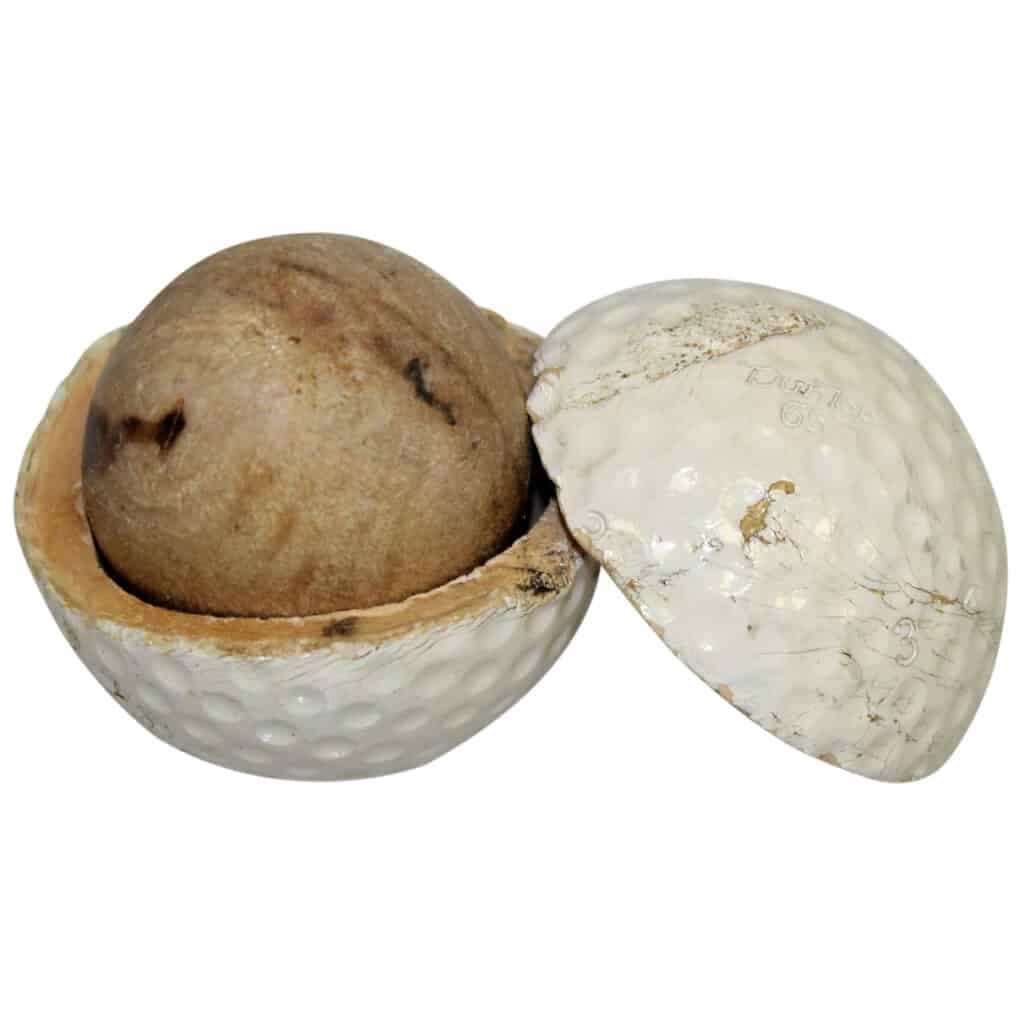 Golf balls require a rubber core, but rubber supplies became scarce during WWII — so golf ball makers had to get creative. This set of 65 golf balls was made by Dunlop, a European company that worked in a wide variety of industries, including the creation of golf gear. As rubber became hard to find, Dunlop experimented with wooden core golf balls.

Still, Dunlop’s experimental golf balls hold some value, especially among collectors. This set sold for over $90 — or about $1.30 per ball.

Dunlop didn’t start out as a golf ball manufacturer. The company’s founder, John Boyd Dunlop, actually kicked off his career after inventing inflated bike tires for his son’s tricycle. That spark of innovation would lead the Dunlop company to work in several fields, including golf. 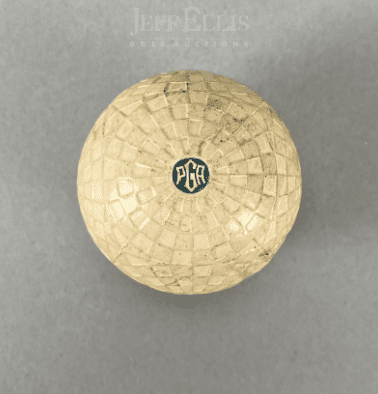 This golf ball was made in 1923 by the Worthington Golf Ball Company. The unique design makes this ball stand out and helped it fetch an incredible $496.80.

Beyond being so old, this golf ball is notable for its unique square dimples. The alternating pattern isn’t commonly seen today, adding to the collectible allure.

Although Worthington didn’t maintain the production of these unique golf balls, the company did reproduce a similar design in the 1990s. However, as Jeff Ellis Golf Auctions puts it, “The reproductions…look nothing like this ball.” 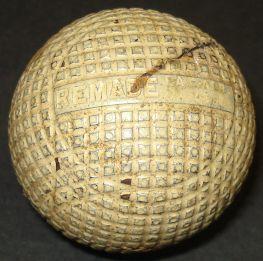 Since this golf ball was made by Dr. Haskell — the inventor of the rubber core golf ball — it’s not surprising that it sold for over $800.

Haskell made several golf ball prototypes and versions, but this version features a pattern of small squares and a stamp that reads “Remade Patent April 1899.” That age contributed to part of the ball’s massive price tag, but the fact that the ball is so rare probably influenced the price as well.

Interestingly, the condition of this golf ball was described by the seller as “poor” and “distressed,” but it still sold for $816. 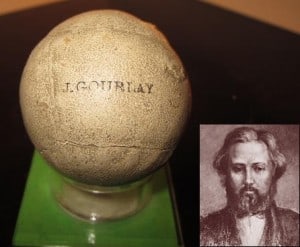 John Gourlay was a golf ball maker in the 18th century. Living in the U.K., Gourlay produced feathery golf balls. This early type of golf ball was stuffed with feathers, hence the name.

As an iconic part of golf history, this golf ball sold at auction for $6,791. The ball was stamped with Gourlay’s name and featured “a neat final stitch.” The auction house which sold this rare golf ball also noted that the ball was in fine condition, adding to the steep price.

At the height of their popularity in the 19th century, featheries sold for about 5 shillings. Today, that equals about 25 U.S. dollars. 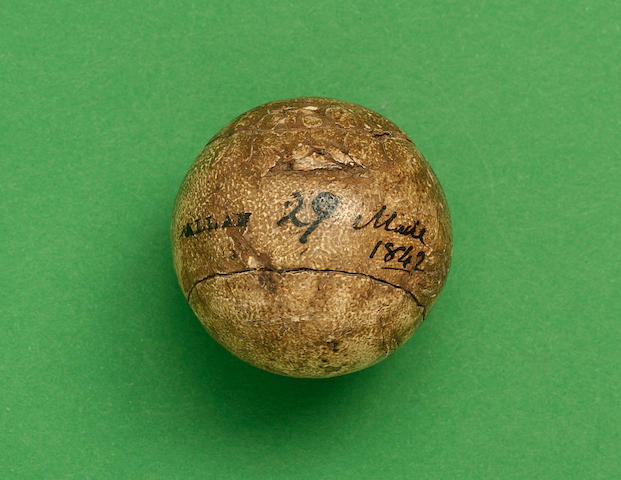 Allan Robertson’s Feather Golf Ball is the most expensive golf ball ever sold.

At over $10,000 for just one ball, this is easily the most expensive golf ball ever sold. Interestingly, like other collectible golf balls, this ball is also a feathery. The rare golf ball is from 1842 and was owned by Allan Robertson. Allan was a famous golfer in the 19th century, with some calling him “the best golfer of his time.”

Incredibly, despite being well over 150 years old, this golf ball is reportedly in unplayed condition.

As such an iconic golfer, it’s said that Allan Robertson allowed his opponents to get an early lead before easily taking over late in the game.

The Most Expensive Golf Balls You Can Buy 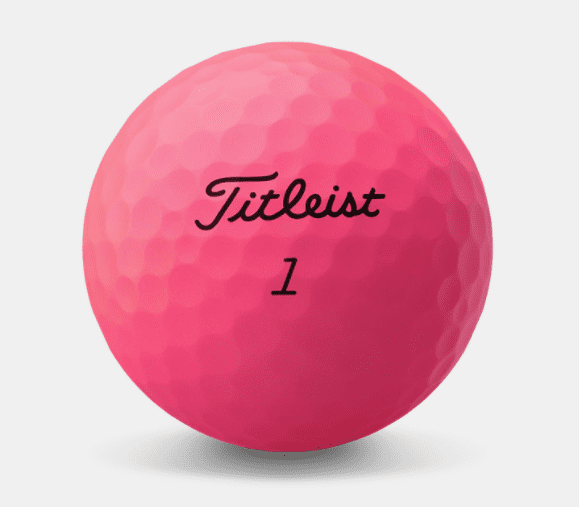 Kicking off the most expensive golf balls you could actually buy is the Titleist Velocity. This ball is said to promote low-spinning drives and softer landings on the green. Interestingly, this ball features a larger-than-normal core, which might help users experience a better launch than with other balls.

As a high-end golf ball, the Titleist Velocity goes for about $28 per dozen. Part of that price comes from the iconic Titleist brand, which has been in the golf industry since the 1930s.

The founder of Titleist, a man named Phil Young, started designing his first golf ball with the help of MIT graduate Fred Bommer. After spending three years on the project, their first ball was ready in 1935. 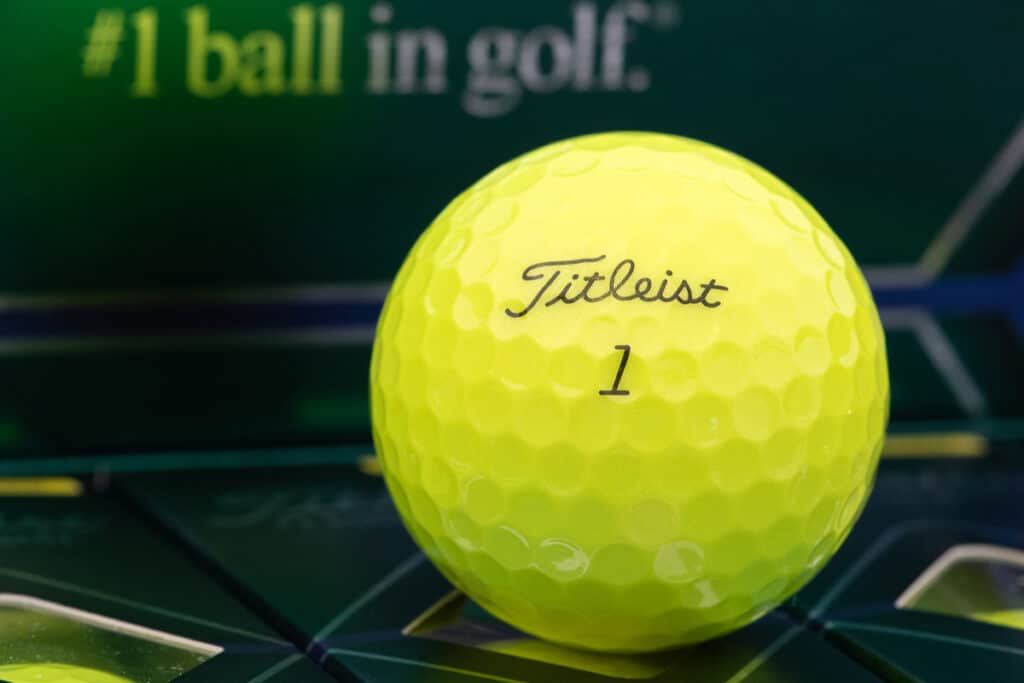 Prices jump with another Titleist ball: the Titleist AVX. This expensive golf ball goes for over $47 per dozen.

The Titleist AVX is known for its softness and low-spinning design. As another premium ball in the company’s catalog, the 2020 version of the Titleist AVX was made to fly a little faster and featured a larger core.

With these changes and updates, the Titleist AVX 2020 was called “high-performing” and “ideal.”

The Titleist AVX is a “soft” golf ball, but what does that mean? And why does it matter? Basically, soft golf balls aren’t compressed as much, leading to a ball that can fly higher. 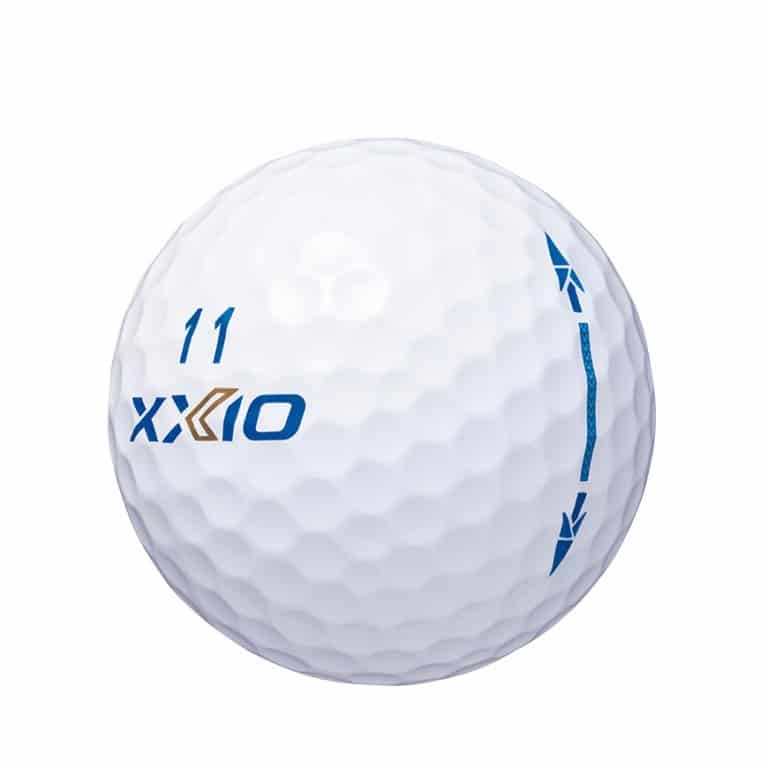 XXIO’s golf balls are another example of soft golf balls. According to reports, these were made for moderate swing players and feature design details to promote a low spin while maximizing distance off the tee.

These golf balls are very expensive — selling for nearly $50 for a set of just 12 balls.

Since these golf balls feature softer cores, they’re said to reduce the shock of a moderate swing without compromising travel.

Interestingly, XXIO golf balls are very popular in Japan. Since the company was founded in the year 2000, the brand has steadily gained popularity among Japanese golfers and is reportedly the number one selling golf brand in the country. 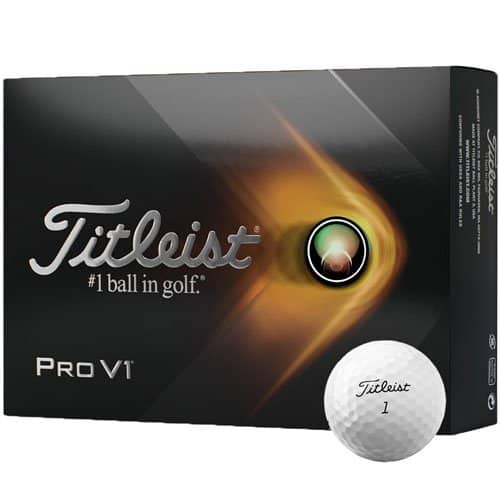 Yet another entry by Titleist, these expensive golf balls go for a solid $52.99 — that’s over $4 a piece.

Buyers aren’t just paying for premium golf balls, though. With a box of Pro V1s, users can customize their golf balls with a specific number and even a short message.

The iconic Titleist logo was designed to mimic the handwriting of a woman named Helen Robinson. Helen was a secretary for the Titleist company in the 1930s and apparently had “beautiful penmanship.” 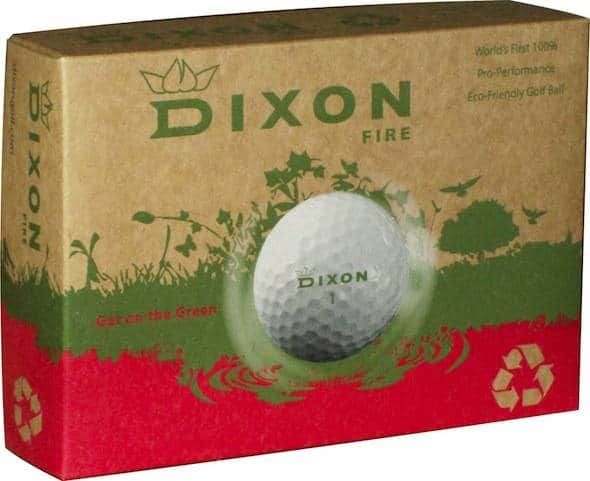 The Dixon Fire is the most expensive golf ball on the market.

In July 2010, a company called Dixon Golf debuted an “eco-friendly” golf ball. A 12 pack of the new design retailed for an incredible $74.95. And what did buyers get for that price? Well, it’s hard to say exactly what’s so special about the ball beyond its high-performance dimple pattern, but the company’s CEO said the recyclable ball was designed for “the golfer that demands the absolute best in performance.” So that’s gotta count for something.

Despite their big price tags, these golf balls seem to be selling just fine. A report from 2010 said that the new golf ball was available in PGA Superstores nationwide and a variety of other retailers.

8 Most Expensive Sunglasses on the Market Today