Walt Disney Pictures began releasing films in 1937 and has since become a household name all over the world. With such a large catalog of films – which is now even larger after the acquisition of Marvel Studios, Lucasfilm, 20th Century Studios, Searchlight Pictures, Fox 2000 Pictures, Touchstone Pictures, Hollywood Pictures, National Geographic Documentary Films, Miramax Films, Dimension Films, ESPN Films etc. – countless Disney movies have become obscure. There are hundreds of lesser-known Disney films that are missing from its streaming service Disney+ and are out of print. This list contains a small sampling of some of the hardest to find Disney films out there.

Please note that this list was arranged by alphabetical order, with the exception of the rarest Disney movie on this list. 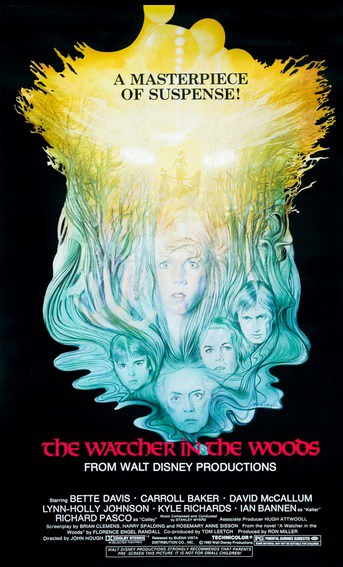 Following its theatrical run, The Watcher in the Woods was released on VHS in the 1980s. It was also released on DVD in North America and parts of Europe in the early 2000s, but there are currently no plans to add it to Disney+.

Despite being critically panned and having limited availability, The Watcher in the Woods has developed a cult following in more recent years. 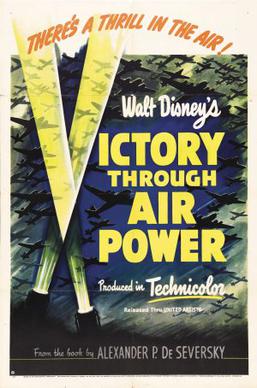 Victory Through Airpower is an interesting piece of Disney film history, that was essentially propaganda for the American war effort during World War II. The goal of the film was to educate the American public on military aviation and long-range bombing. The movie was based on the non-fiction book of the same name, written by Alexander de Serversky. Although the film is primarily animated, there are live-action sequences featuring Alexander de Serversky. 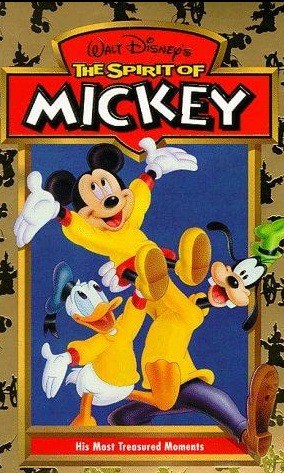 The Spirit of Mickey is a direct-to-video film that has never been re-released since it first came out in 1998. The movie features heavily edited clips from The Mickey Mouse Club, The Wonderful World of Disney, and A Goofy Movie. All of the shorts are presented by Mickey Mouse and his friends to an audience of orphans. The shorts all feature Mickey Mouse in some way and were created decades before this collection was released.

The Spirit of Mickey is the only Mickey Mouse home video that includes 11 cartoons. 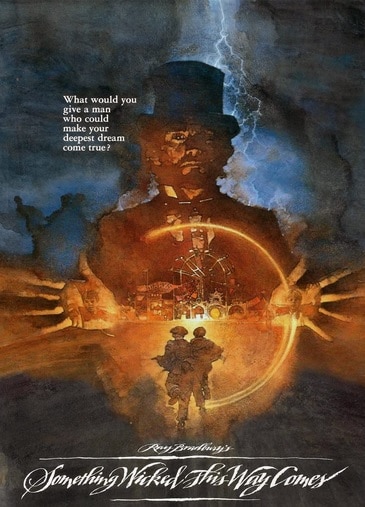 Something Wicked This Way Comes, based on the Ray Bradbury novel of the same name, is another 1980s Disney horror film that has had a very limited home release. Bradbury wrote the screenplay for the film and Disney also asked his input on selecting a cast and director. After test screenings of the director’s cut of Something Wicked This Way Comes failed to meet Disney’s expectations, the movie had several re-shoots and was also re-edited and re-scored.

For whatever reason, Something Wicked This Way Comes has had very limited home releases and it is not streaming on Disney+.

In 2014, Disney announced a remake of Something Wicked This Way Comes with Seth Grahame-Smith writing the script. The remake will focus on Ray Bradbury’s source material from the book. 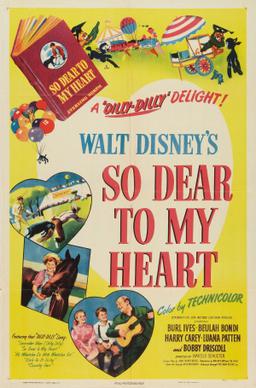 So Dear to My Heart is an early Disney film that combined live-action with animation. Walt Disney actually wanted the movie to be the Disney’s first completely live-action film, but his distributor RKO Radio Pictures, said that people expect to see animation when they see the name “Disney.” Disney eventually agreed and compromised with the combination of live-action and animation. So Dear to My Heart depicts life on a small farm in the American Midwest. This was the final film that Western actor and silent film superstar, Harry Carey appeared in.

So Dear to My Heart is relatively unknown and the film has had occasional home release. The last time the movie was available was in 2008 as a Disney Movie Club exclusive.

So Dear to My Heart was a personal favorite of Walt Disney because it reflected his childhood of growing up on a small farm. 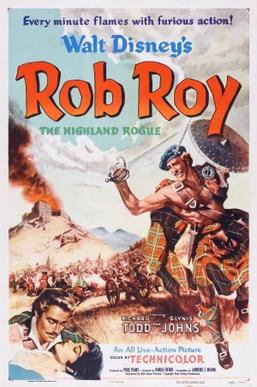 Rob Roy has not really had a wide home release, although it was available at some point as a Disney Movie Club exclusive. The film is not available for streaming anywhere. 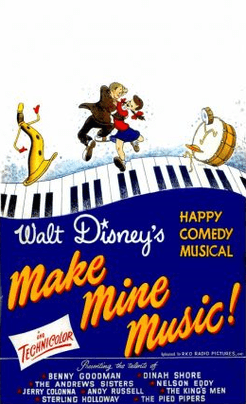 Make Mine Music is the eighth animated film that Disney ever released. The film is a collection of unfinished story ideas that were instead turned into short segments set to music. During World War II, a lot of Disney’s staff were drafted and those who remained were asked to make training and propaganda films for the U.S. government. To keep things afloat, Disney released anthology films like Make Mine Music.

Over the years, Make Mine Music has had some home releases, but not enough to make the film widely known. Home release versions of Make Mine Music sometimes have The Martins and the Coys segment edited out because it depicts comic gunplay not suitable for children. The sexual imagery in All the Cats Join In has also been edited out.

Make Mine Music is the only movie in the Disney animated canon not available on Disney+. 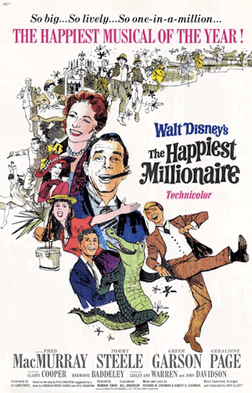 The Happiest Millionaire is a live-action musical released by Disney in the late 1960s. The movie is based on the real story of Philadelphia millionaire Anthony J. Drexel Biddle. The story was adapted from the book My Philadelphia Father by Cordelia Drexel Biddle, the daughter of Anthony Biddle.

Initially, Walt Disney didn’t want to make The Happiest Millionaire into a musical, but he changed his mind following the success of Mary Poppins, My Fair Lady and The Sound of Music. There is a long version and a short version of the film with running times of 172 minutes and 118 minutes, respectively.

The Happiest Millionaire is the last live-action musical that Walt Disney produced because he died during the film’s production. 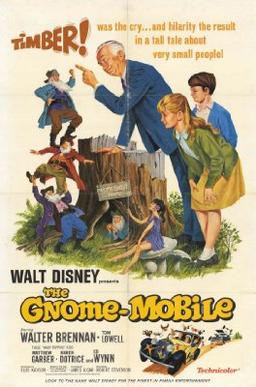 The Gnome-Mobile was one of the last films that Walt Disney personally supervised before his death in The movie is based on The Gnomobile book written by Upton Sinclair. The comedy-fantasy film is about two children and their lumber tycoon grandfather, who discover a pair of possibly the last gnomes in what is now the Redwood National Park, north of San Francisco. Eventually, the group discovers a community of gnomes in a different part of the woods and the grandfather gifts 50,000 acres of forest that were to be sold for logging to the gnomes.

The obscure movie was never widely released to home video, but it was available for a limited time in the Disney Movie Club.

The children in The Gnome-Mobile were played by Karen Dotrice and Matthew Garber, the Banks children in Mary Poppins. This was Garber’s last film. 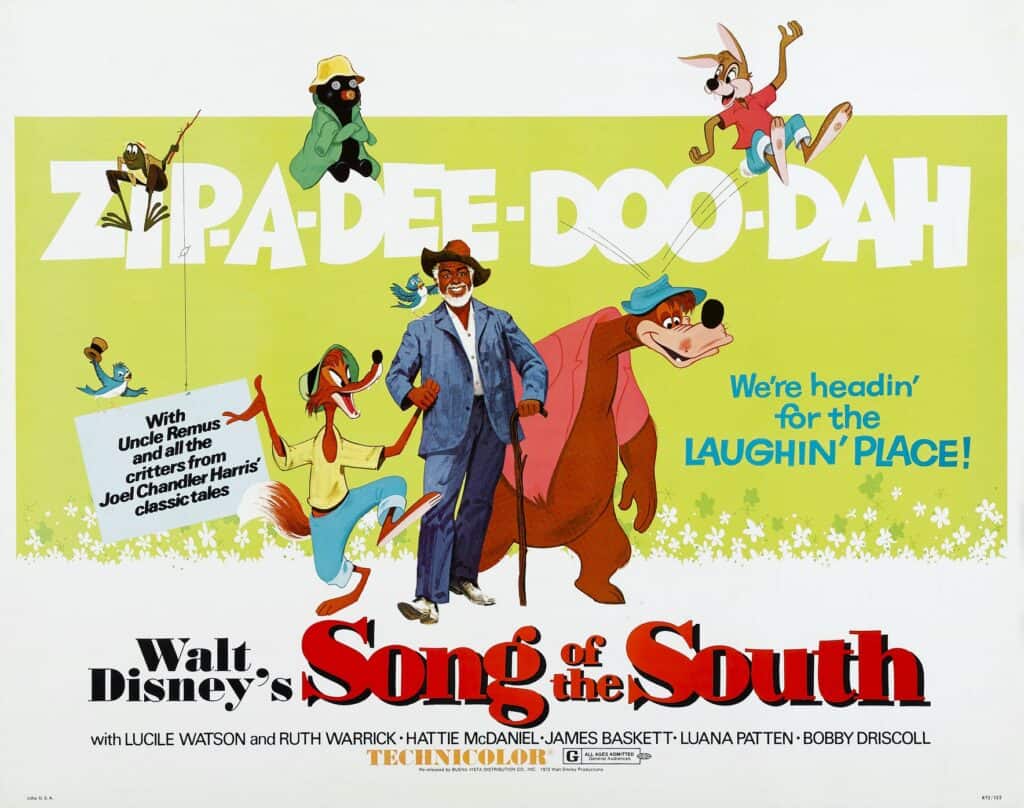 Song of the South is perhaps the most infamous and rarest of Disney’s movies due to its depiction of racist and offensive stereotypes of Black people. From the very beginning of Song of the South‘s release in 1946, the movie has drawn criticism from a wide variety of people.

Despite the unavailability of the Song of the South film, the Splash Mountain ride at Disney’s various theme parks around the world were based on the movie for many years. Amid the protests for racial justice in the U.S. in 2020, Disney announced that it was removing the Song of the South elements from Splash Mountain and replacing it with The Frog Princess, the first Disney film to depict a Black princess.

Song of the South is based on a collection of African American folktales called Uncle Remus compiled and adapted by Joel Chandler Harris.

10 Rarest Cryptocurrencies in the World