A deck of playing cards might not seem like something collectible or highly valuable, but there is a thriving community of playing card enthusiasts who seek out and collect beautiful, limited edition playing cards. These rare decks of playing cards look nothing like the run-of-the-mill cards the average person has lying around the house. Instead, these limited decks feature elegant and unique art work and designs.

They’re incredibly popular in the magic community and typically sell out right away. While original retail price for these rare decks is usually only like $15 or $20, once they end up on the resale market, they go for hundreds of dollars. In some cases, these cards even sell for $1,000! The following list features some of the most expensive and rarest playing cards ever. 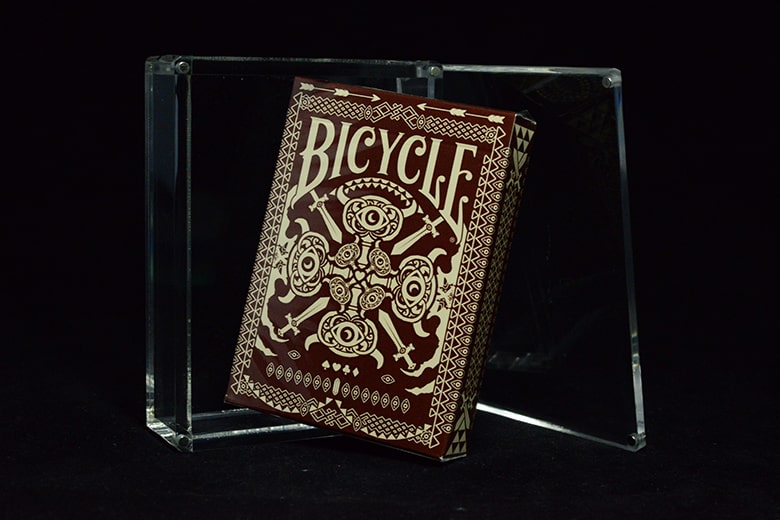 The Boss Deck was a special backer add-on released as part of the Draw Like a Boss Kickstarter campaign from artists Ashley Edge and Elinor Rooks. The unique deck featured Edge’s and Rooks’ artwork and was limited to only 2,500 units. The Boss Deck was printed by United States Playing Card Company on Bicycle cards.

Draw Like a Boss is a fun course run by Ashley Edge and Elinor Rooks that teaches people how to “draw like a boss.” 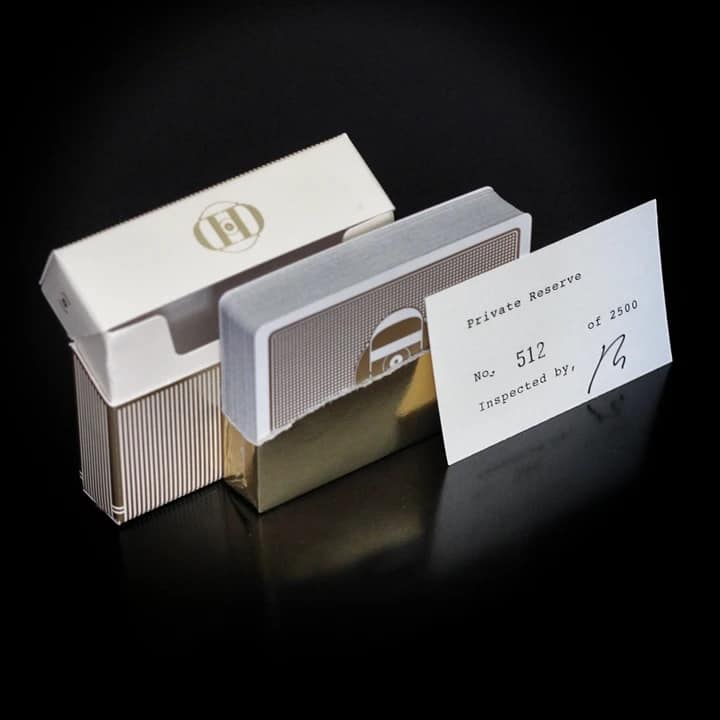 The Smoke & Mirrors deck started out as Dan and Dave’s personal deck and the cards features original artwork from Si Scott that was custom tailored to meet Dan and Dave’s taste. 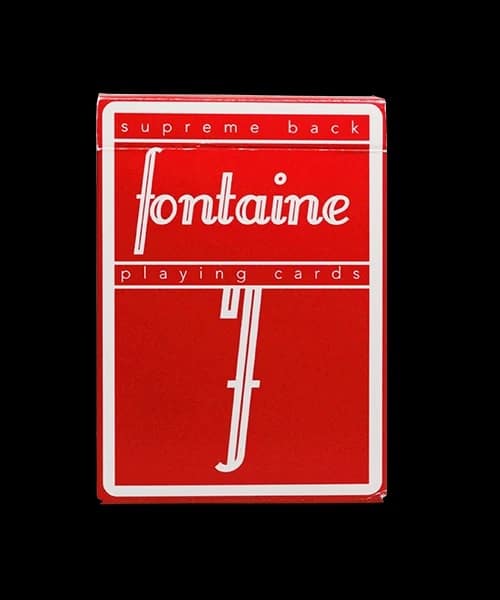 Today, Fontaine Cards is one of the most popular brand of collectible/limited edition decks of playing cards. The brand was launched in 2013 by Zach Mueller when he released the (now highly coveted) Red Fontaine deck through an Indie Go-Go campaign. Mueller, who is also a magician, first used the Red Fontaine cards in a video he posted to YouTube. Fans were intrigued by Mueller’s mystery deck and wouldn’t stop asking him where he got them from. Mueller decided to launch an indie campaign to fund production of the Red Fontaine deck. This deck gave rise to Mueller’s Fontaine Cards brand.

According to Zach Mueller, the design of the Red Fontaine cards were inspired by Wynn Casino Playing Cards, Jerry’s Nugget Playing Cards, and a touch of his first ever card magic release “Fontaine.” 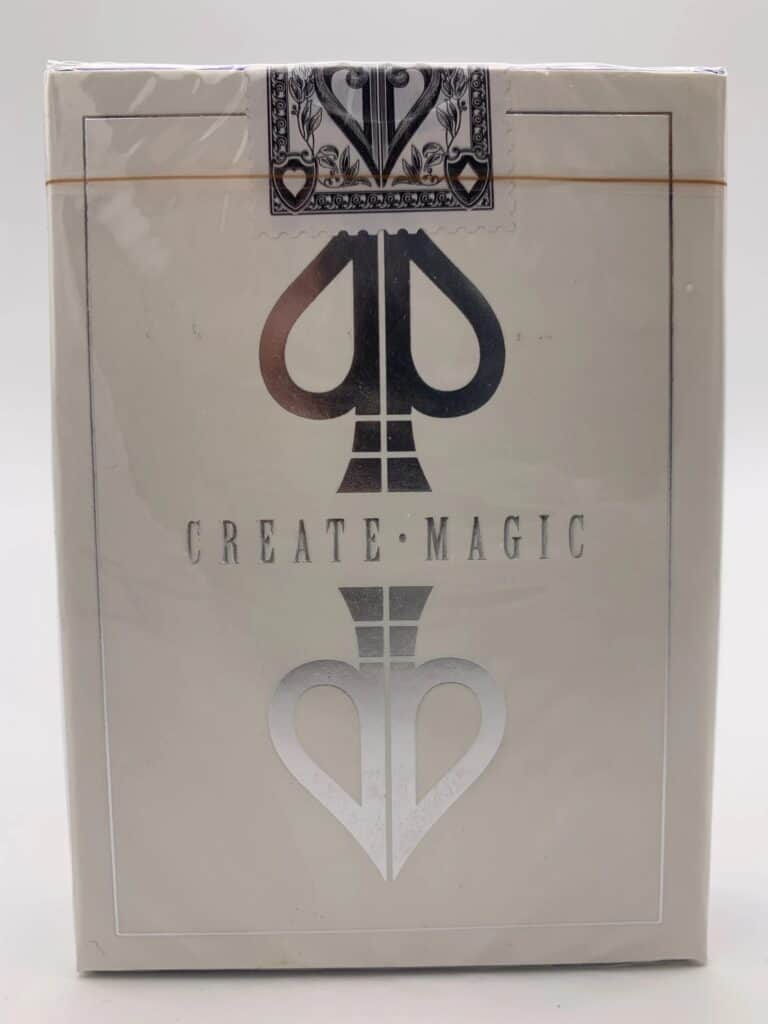 One of the most coveted decks in the playing card collecting community is David Blaine’s “Create Magic.” The deck was never available to the public and was specially made for an event Microsoft held in 2015 that featured David Blaine as entertainment. Only 2,015 Create Magic decks were produced and they were reportedly handed out to Microsoft’s interns. It is incredibly hard for card collectors to find the Create Magic cards anywhere. However, some to pop up every once in awhile on eBay and cost between $800 – $1000+.

Reportedly, David Blaine said that not all of the 2,015 Create Magic decks were given out at the Microsoft event and in the years since the event, Blaine has occasionally released a limited number of these decks for sale. 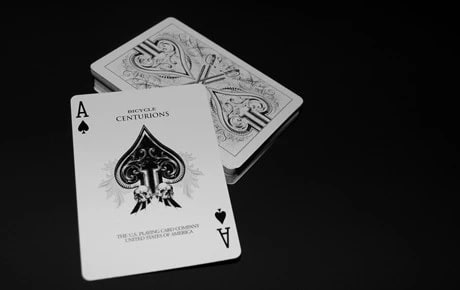 The White Centurions deck made its debut in magician Chris Kenner’s 1-on-1 effect Blueprint trick and fans expressed interest in buying the cards for themselves. 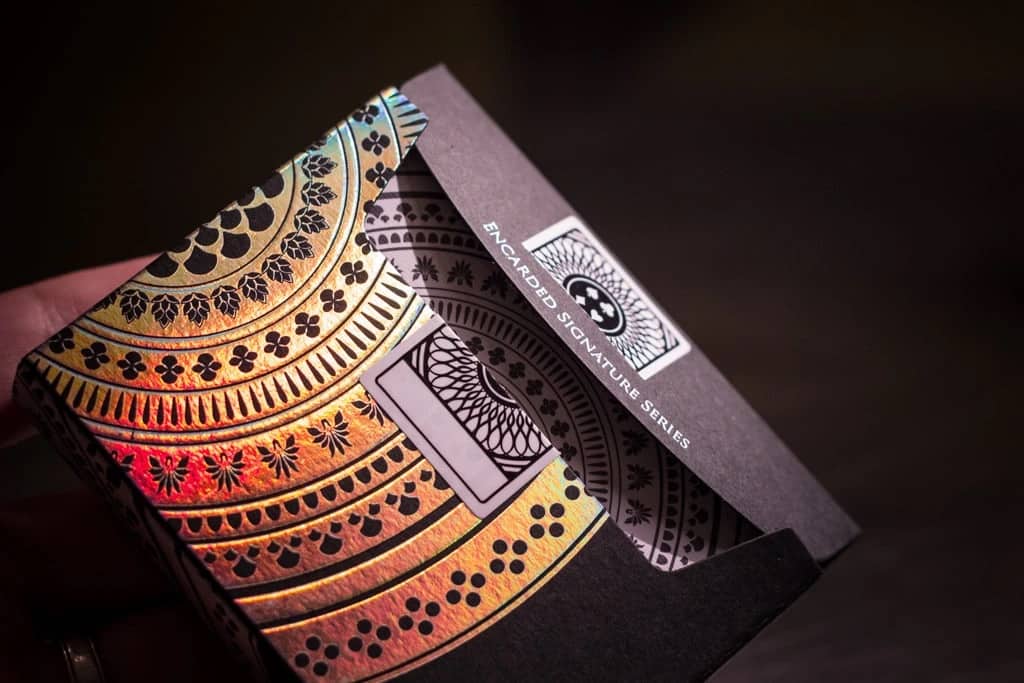 Card designer Paul Carpenter released Zenith in 2014 as the first deck in the Encarded Signature Series. Zenith was limited to 1,000 decks and a one-time print run. The decks were sealed and individually numbered. The Zenith cards originally retailed for only $20, but they have shot up in value over the years, going for well over $200. 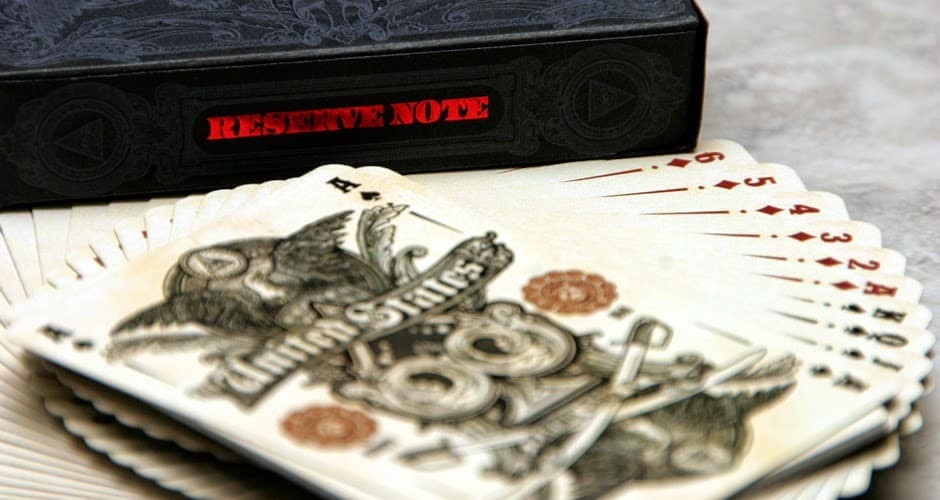 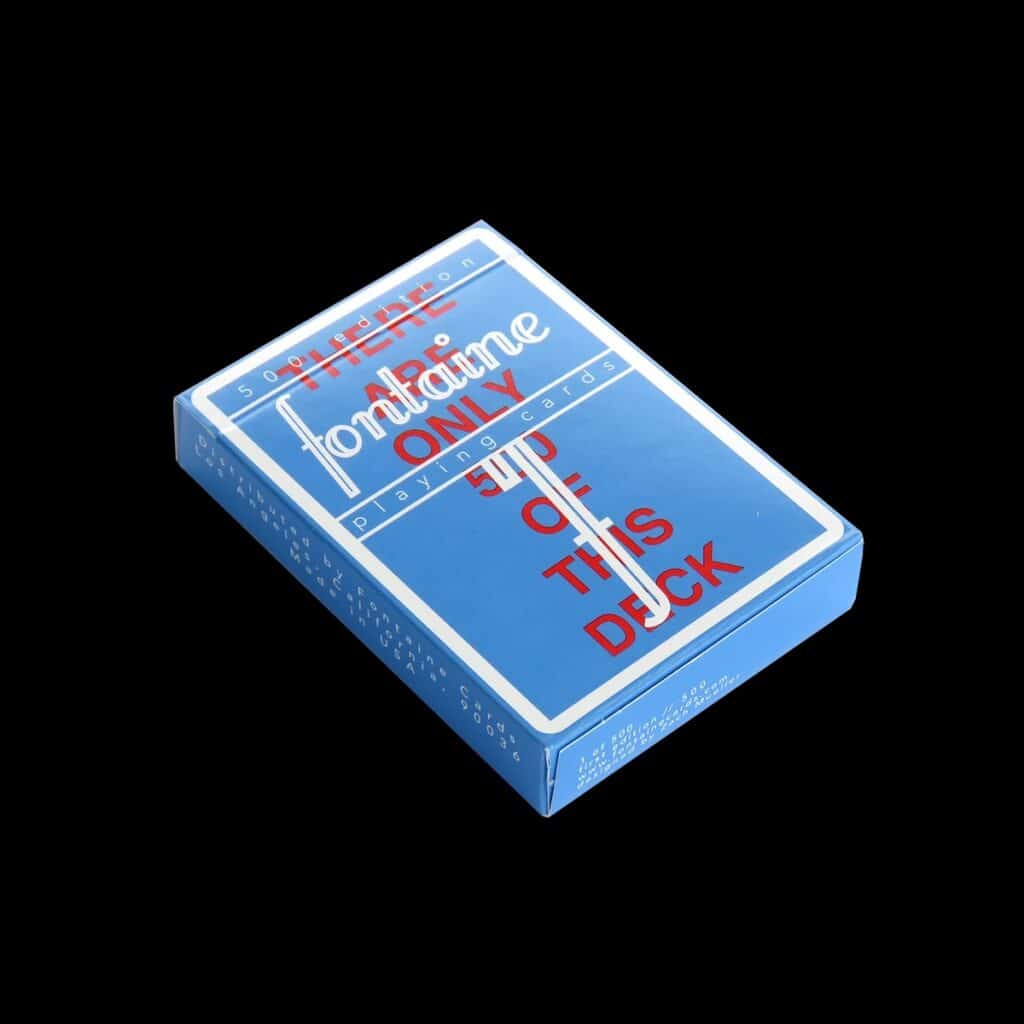 In 2019, Fontaine Cards released limited edition decks in blind bags, which was unique in the playing card community. They dubbed the collection, Fontaine Futures and there were six different decks with different production numbers. The rarest of the Fontaine Futures cards was the 500 deck, which had a low production run of 500 units. The design of the Fontain Futures 500 featured a blue, red, and white color scheme. The back of the cards said: “THERE ARE ONLY 500 OF THIS DECK.” 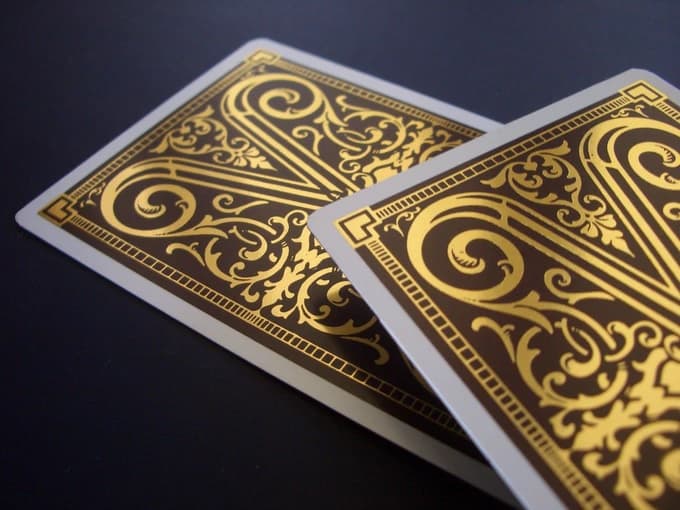 In 2014, Lotrek of Half Moon Playing Cards made history with his Venexiana Gold playing cards. They were the first deck of cards to feature hot stamped gold foil on the back of each card. This means that instead of using metallic ink, which is a much easier process, Lotrek applied real gold foil to the Venexiana Gold cards.

Due to the difficulty of applying the gold foil to the cards, only 212 decks of the Venexiana Gold cards were produced through Kickstarter and they immediately sold out. Today, the Venexiana Gold deck is incredibly hard to find and sells for hundreds of dollars on resale sites.

When Lotrek asked card manufacturers why there weren’t any playing cards with gold foil on the backs, he was told that it was impossible. Eventually, Lotrek found a workshop that was able to manually apply the gold foil. 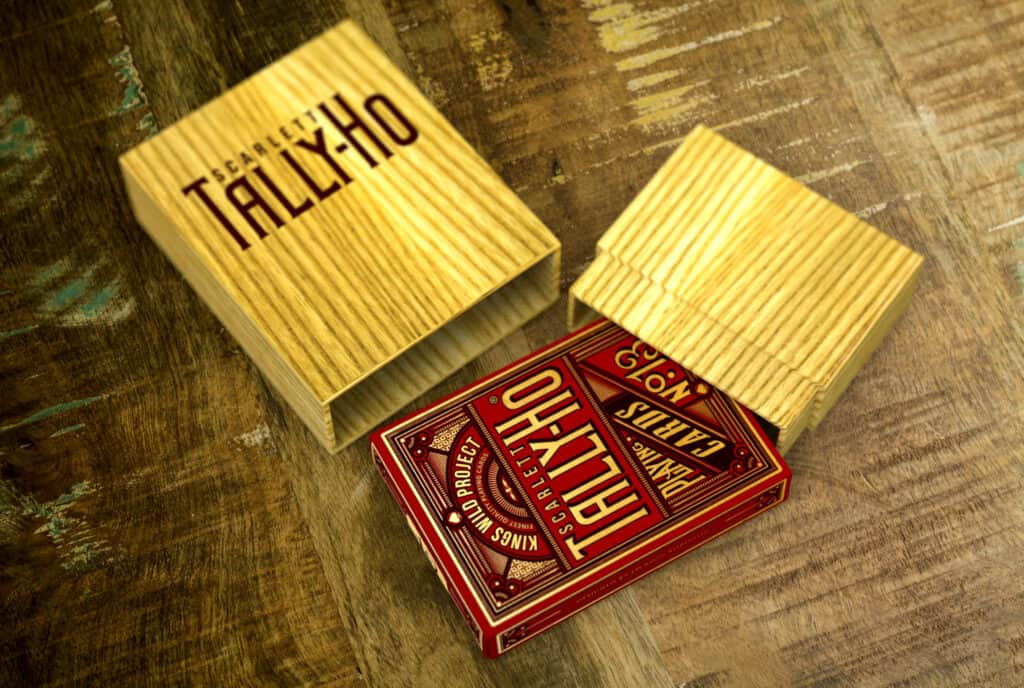 With only 50 decks produced, the Scarlett Tally-Ho Legacy Edition is the rarest and most expensive deck of playing cards ever. The Scarlett Tally-Ho Legacy Edition deck was released as part of a 2015 Kickstarter campaign by designer Jackson Robinson. The cards were produced by Kings Wild Project, which makes some of the most beautiful, collectible playing cards in the industry.

The Scarlett Tally-Ho cards were named after Jackson Robinson’s daughter Scarlett, who he named after his love for the color red.

10 Most Expensive Coffee in the World