First released in Japan in 1999, Beyblades have since become a popular international franchise. They take the concept of spinning tops to another level, offering intricate designs, storylines and modifications to generate action packed battles both onscreen and in real life. While actual Beyblades don’t have magical properties like the ones in anime or manga, they still feature exciting elements perfect for trading with friends or entering competitions. Read below to learn more about the rarest Beyblades ever made. 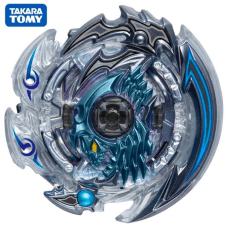 The Hollow Deathscyther is the prize Beyblade from Takara Tomy’s Random Booster Vol. 23, released in December 2020. With a purchase of a random booster pack, customers have about a one in eight chance of getting a particular Beyblade. It features an icy color scheme with a flame shaped frame. 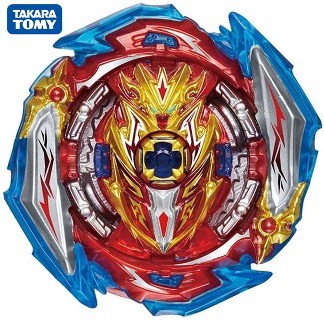 This toy was one of two prize Beyblades from the Random Booster Vol. 22 set. It features an exciting, multicolored frame design inspired by the Greek warrior Achilles. It has several special moves, including Infinite Guard, Infinite Buster, Infinite Attack and Infinite Sword. Takara Tomy releases random booster sets regularly, offering each Beyblade within the set separately. Each set features more limited edition/rare Beyblades, like this one. This Beyblade also came with a blue Infinite Sword.

The other prize Beyblade from Random Booster Vol. 22 came with a yellow Infinite Shield. 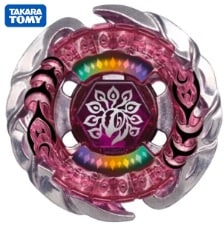 Killer Befall/Beafowl is the prize Beyblade from Takara Tomy’s Random Booster Vol. 6, which was released in December 2010. Notably, a common version of this Bey was released as part of a starter pack in the United States and Europe in 2011. This pink Bey features a peacock emblem on its face, a reference to “Pavo,” a constellation that resembles the bird. The Bey’s alternate name “Beafowl” is also a reference to birds.

Evil Befall/Beafowl is the hundredth Beyblade introduced in the Beyblade – Metal Saga series. 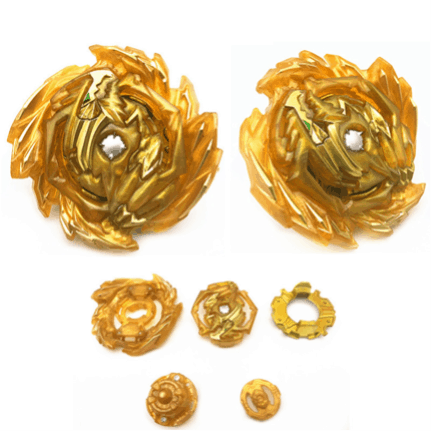 This all gold Beyblade part of a set that includes special recolors of popular Beys. The Venom Diabolos was originally released in 2019. It normally features a red and gold color scheme. Within Beyblade canon, this Beyblade appears first in the eleventh episode of the anime “Beyblade Burst GT.” It belongs to Delta Zakuro, a stand-offish blader recognizable by his aquamarine hair.

The first Beyblade television series premiered in 2001 and continued until 2005. 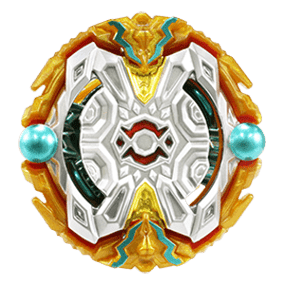 Exclusive to Japan, this Beyblade was part of Takara Tomy’s “Rare Bey Get Battle” campaign, in which players used the Beyblade app to earn points and get one of seven rare Beyblades unavailable elsewhere. The Orichalcum Outer Octa Burst was released in 2017 and features an intricate design on its frame and body. It also has two grooved claws near its point to help with burst resistance.

In the television and manga series, Beyblades aren’t just spinning discs. They also feature sentient spirits calls “Bit-beasts” or “Avatars” that battle each other as the tops spin. 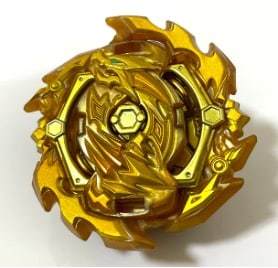 This rare Beyblade is unique in the style of its release and limited quantities. Rather than a full Bey, Takara Tomy released components of the Gold Ace Dragon during the “Beyblade Burst Gold Turbo” Get Campaign. Finding and compiling this Beyblade during its initial release was already difficult, acquiring the pieces today is even more challenging. Thankfully, a few sellers have completed Gold Ace Dragons, but it certainly detracts from the assembly experience! 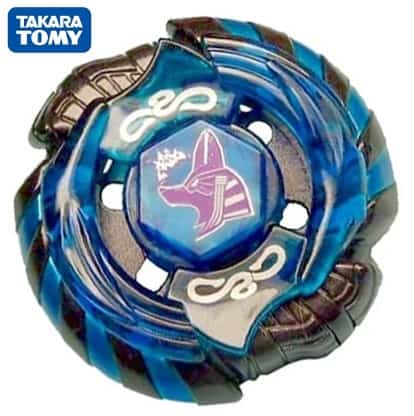 The Mercury Anubius 85XF Metal Fury Beyblade was a prize offered to those who won the Japan-only Bey Ta 1 machine arcade game or attended a tournament hosted by the World Beyblade Battle Association in Japan. With a limited release through such exclusive means, this Beyblade is among the rarest of the rare and considered a prize collectible today. It features a blue frame and body with a purple center sticker in the style of the Egyptian god Anubis.

In Beyblade lore, the Mercury Anubius is owned by Yuki Mizusawa, one of the main protagonists in the series. 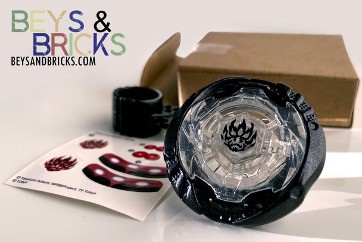 The Phantom Orion Skeleton Beyblade is a limited-edition toy with only 100 ever made. It features a black rim with a clear plastic center and a face bolt that depicts an interpretation of the Orion constellation. It has high stamina in Beyblade battles, but doesn’t perform as well in attack mode.  This Beyblade also features stickers that can make it appear as if the emblem in the center is grinning, depending on how you place them.

There are various editions of the Phantom Orion, including some in gold, red and purple. 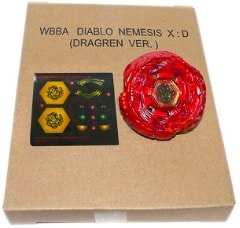 With only 100 ever made, the red Diablo Nemesis Dragren is among the rarest of the rare Beyblades. It was part of the Beyblade & B-Daman 2012 Dragon campaign. It features a red body and frame with gold stickers featuring a dragon emblem.

In America, Hasbro markets and produces Beyblades. In Japan, Takara Tomy does this.

The Zero-G Random Booster Vol. 4 set was supposed to debut in 2013 but was canceled for undisclosed reasons. Fans speculate it was because Beyblade had suffered a decline in sales during previous years or that the anime episodes meant to include these Beyblades would no longer premiere. With that said, no one knows for sure whether some of the set had already been produced, potentially making these the rarest Beyblades of all time.

15 Rarest and Most Expensive NFTs Ever Sold (Updated April 2021)