American Girl Dolls are a collector’s dream. Created in 1986, these high-end toys come with elaborate back stories, associated outfits and furniture, and can visit a designated doll hospital at one of the many stores. Additionally, every doll is eventually retired so new ones can take their place, meaning that each doll has the potential to become a valuable collector’s item. At its heart, American Girl values and expands the American identity, showing children that the United States is made up of different people with various dreams and cultures. Read below to discover some of the rarest American Girl Dolls and, possibly, learn something new about the U.S. 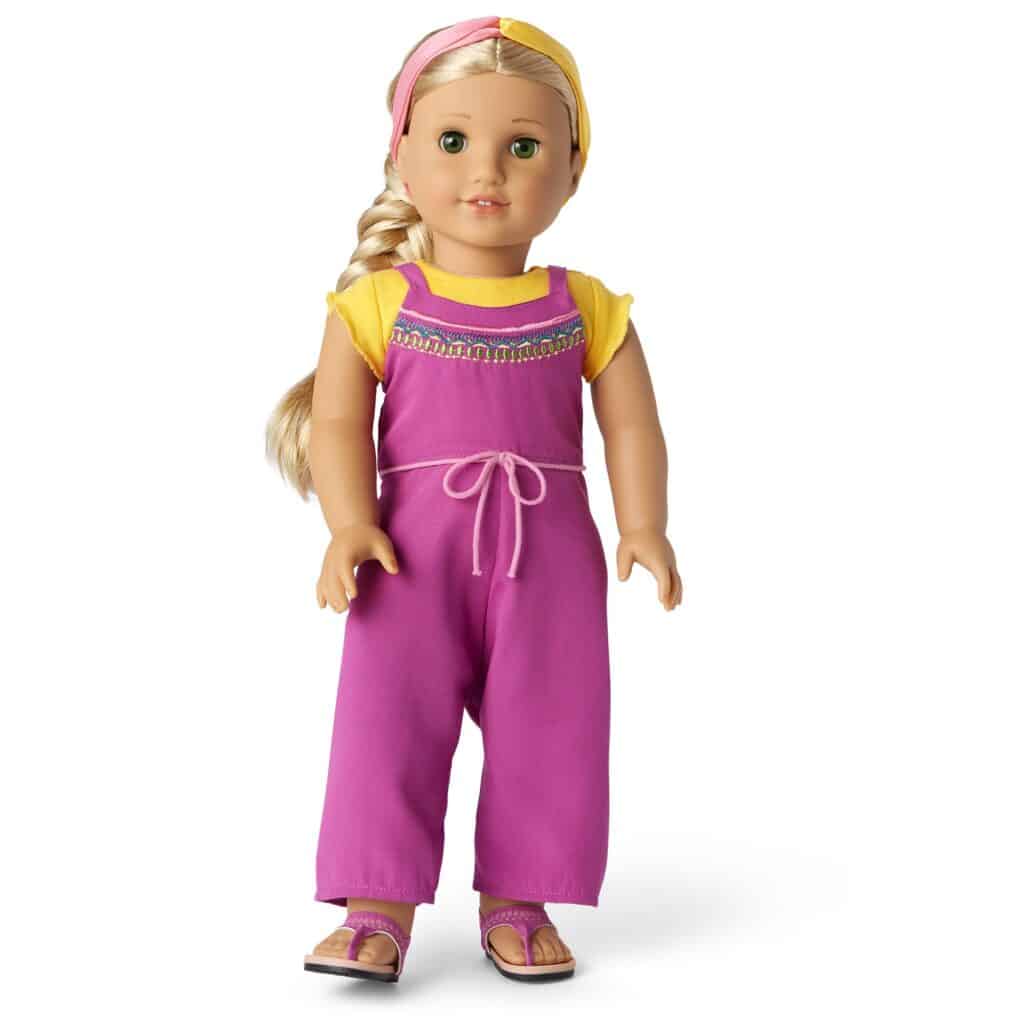 The Girl of the Year is a limited edition doll that represents the current time, as opposed to the historical dolls American Girl normally sells. At the end of the year, the dolls are replaced with a new character, however some Girl of Years have been sold past their retirement. The first from this collection was named Lindsey Bergman, a troublemaker with a good heart who always tried to make a difference in the lives around her.  The 2021 doll is Kira Bailey, who loves animals and works to save the environment. 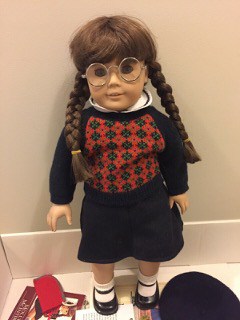 Molly McIntire is one of the original three dolls first sold by American Girl. Since she was around for so long, she’s gone through a few iterations, making the original editions quite rare today. Molly comes from WWII era America and deals with the social and personal repercussions of the war. In 2006, a companion doll named Emily Bennett was produced. She was a British girl who stays with Molly’s family for refuge during the war and becomes her best friend. 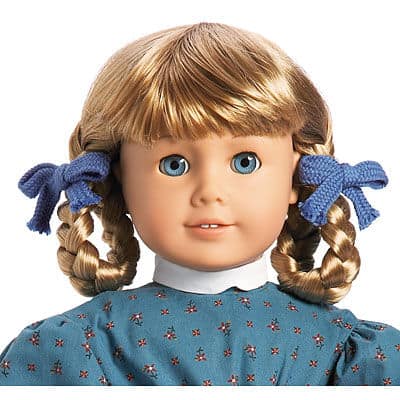 Kirsten Larson is one of the original dolls from 1986. Like her counterparts, she was sold for a while, but went through various iterations. The original Kirsten is quite rare today, costing thousands of dollars even when used. Kirsten is a Swedish immigrant living on the American prairie in the 1850s. She’s known for being brave and hardworking. She wears two blonde braids, a blue dress and a red apron.

Rebecca Rubin is the only canonically Jewish character in the Historical dolls series. 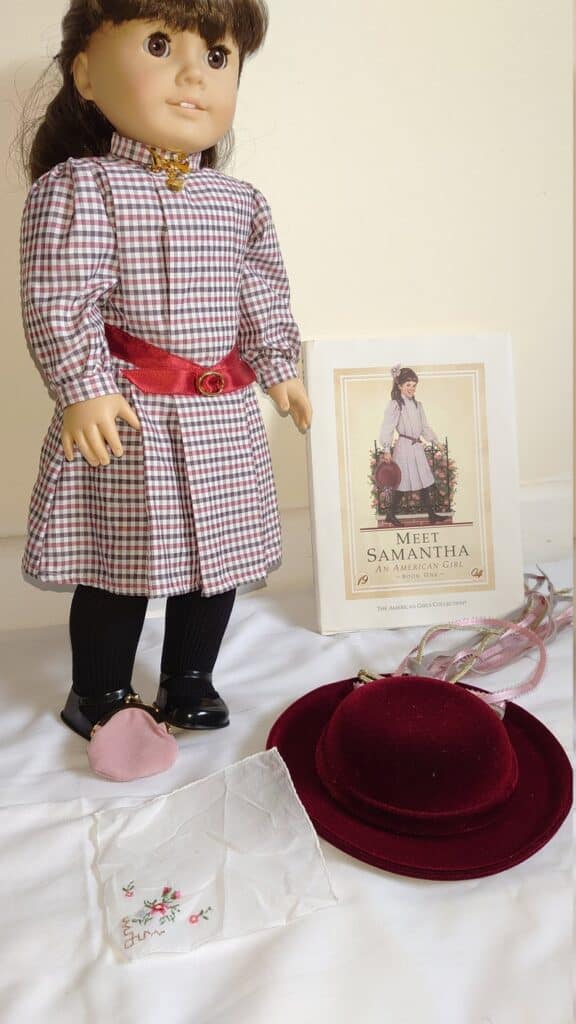 Samantha Parkington is one of the three original American Girl Dolls. While she was officially retired in 2009, she went through a few iterations as the company adapted their doll designs. The 1986 Samantha doll is one of the rarest and most valuable American Girl dolls around. Key differences between the original doll versus modern versions include her eyebrows. Older versions had straight eyebrows, while newer ones featured a feathered look. Samantha is from the late 1800s and excited by the changes occurring at the turn of the century.

Samantha was revived in 2014 with a pink dress rather than her traditional checkered one. 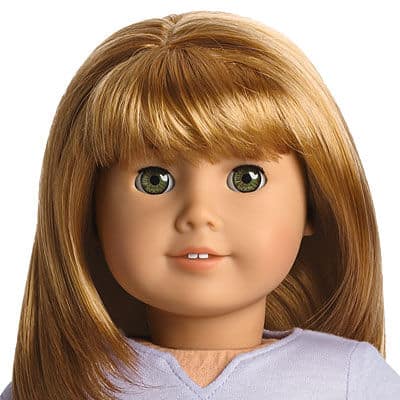 The “Just Like You” line is made for kids to pick a nondescript doll that best matches how they look—American Girl also sells matching outfits so children and their dolls can dress alike. Just Like You 36 was only sold for three years. She featured shoulder-length auburn hair, light skin and hazel eyes. 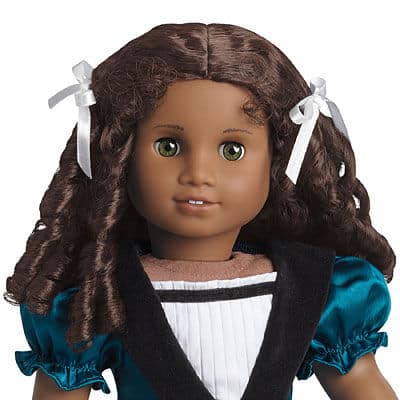 Cecile Rey was released as part of a pair in 2011, representing mid-nineteenth century New Orleans. She is one of the few dolls of color represented in the historical line, which has also included Kaya, Addy and Josefina. Cecile is characterized by her love of theatre and story-telling and donned an emerald green dress and white bows in her hair.

Cecile Rey and her companion doll Marie-Grace have the shortest availability window of any official historical characters, along with Caroline Abbott. 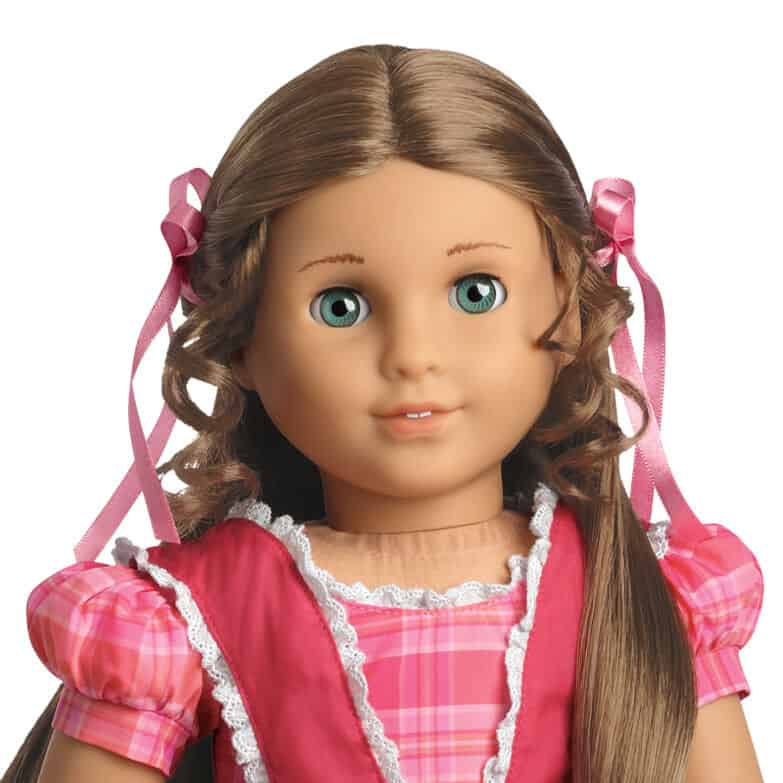 Marie-Grace Gardner was released along with Cecile Rey as her best friend. Unlike her friend, who relishes being on the stage, Marie-Grace’s character is more timid, but enjoys singing.  Cecile taught Marie-Grace how to be confident and, together, the girls thrived. Marie-Grace wore a pink plaid dress and either a matching hat or hair bows.

Before her release, Marie-Grace was code-named Sarah after her book author. 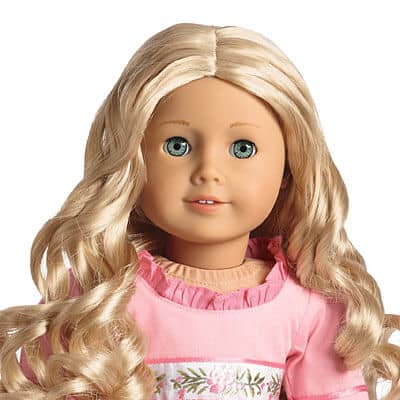 Caroline Abbott represents the War of 1812, growing up in Sackets Harbor, New York. She wore a pink dress and styled her hair in long, blonde ringlets. Her release coincided with the 200th anniversary of the war, but not many people are familiar with that part of American history when compared to the Revolutionary or Civil Wars. As a result, Caroline wasn’t very popular.

One of the War of 1812’s main causes was an effort of both the French and British to cut the other off from US trade and supplies. 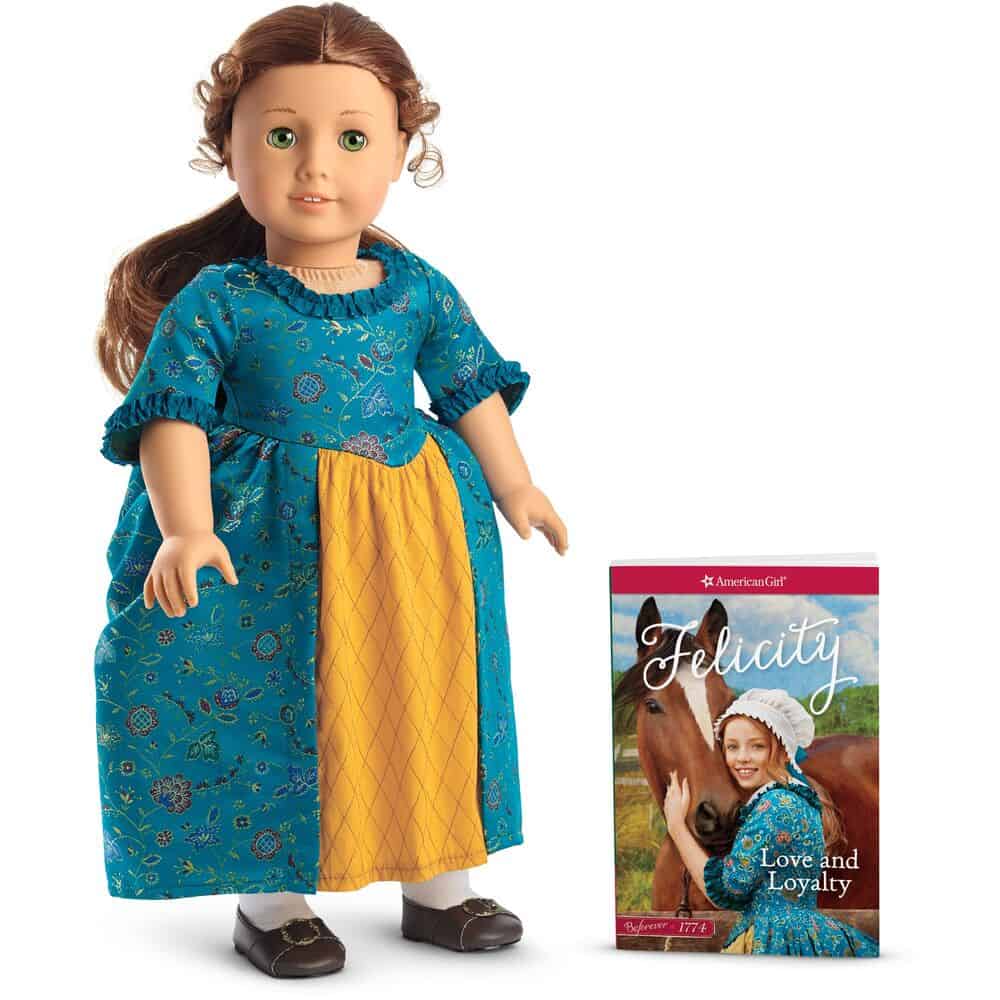 Released in 1991, Felicity was the first doll added after the original three in 1986. She comes from colonial America right before the Revolutionary War and is a fierce and independent spirit. In 2002, American Girl removed her and her associated clothes and furniture from stores and catalogues, making her available only through online order. Many collectors pushed against this and she was brought back with a different look and not officially retired until 2011. She was revived in 2017 as part of the BeForever collection in yet another look, which ironically, is her rarest form as it only sold for two years. 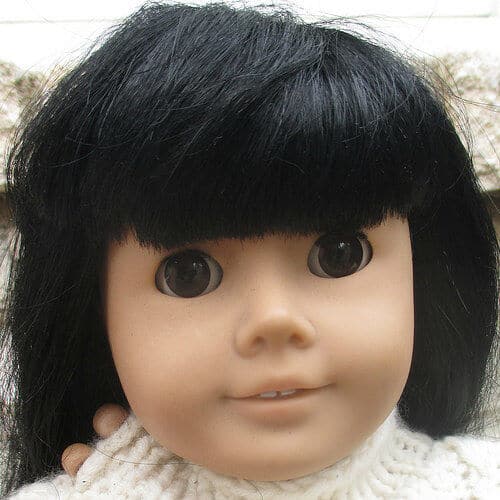 The rarest American Girl Doll isn’t one of the retired historical figures, but an original Girl of Today/ Truly Me doll. Number 6 was one of the first dolls released in the collection, which was called, “Girl of Today” at the time. She had long black and bangs, light skin and brown eyes. She was only sold for two years, which is longer than many Girl of the Year dolls, but her scarcity is a result of her unpopularity. Some collectors believe this was because looked too much like other dolls on the list. No matter the reason, American Girl made her blonde-haired and green-eyed.

Throughout the years, the “Truly Me” line has been called “Girl of Today” and “Just Like You.”