Star Wars is one of the most well-known and longest lasting franchises, including films, television shows, video games and toys, while Lego remains one of the world’s most popular toy brands, even featuring theme parks, video games and films of their own. Starting in 1999, these two powerhouses teamed up to create hundreds of unique and impressive Lego models for enthusiasts to build and display. Below are some of the partnership’s rarest offerings, ranging from impressive battleships to a tourist Yoda. 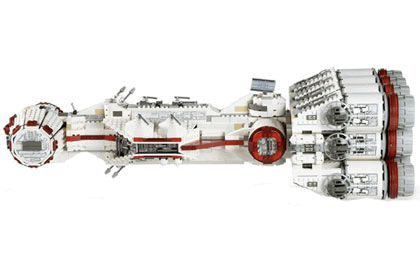 The 10019 Rebel Blockade Runner is an impressive reproduction of Princess Leia’s ship of choice for both her philanthropic and battle-focused missions. The set comes with 1,748 pieces and originally cost $199.99. It was part of the Ultimate Collectors Series, which produced large-scale and more detailed sets that featured Star Wars figurines, as well as some from Batman and other superhero franchises. The 10019 retired in 2003, making the already expensive set that much more desirable. 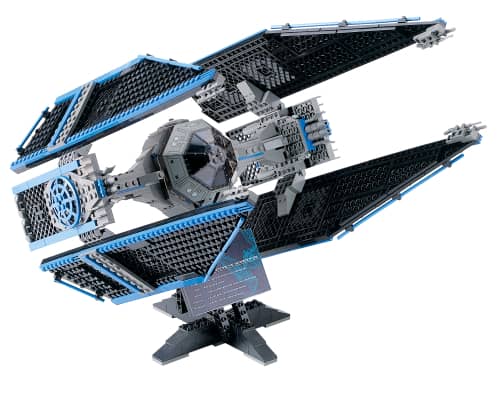 The TIE Interceptor is also part of the Ultimate Collectors Series, although it’s value ranges significantly. One Amazon listing has it at almost $2,000, while a seller on Ebay is only asking for $170. A  quick Google search confirms that the set is probably worth about $400-$500, an increase from its original price tag. The set was designed to display and includes a special stand with which to place the completed interceptor. Emphasizing its complexity, the set also includes a 48-page instruction manual. It’s solar wings can be removed to provide a variety of looks accurate to the Interceptor used in the films.

Carrie Fisher, who played Princess Leia in the Star Wars franchise, was only 19 at the time of screen testing in 1977. 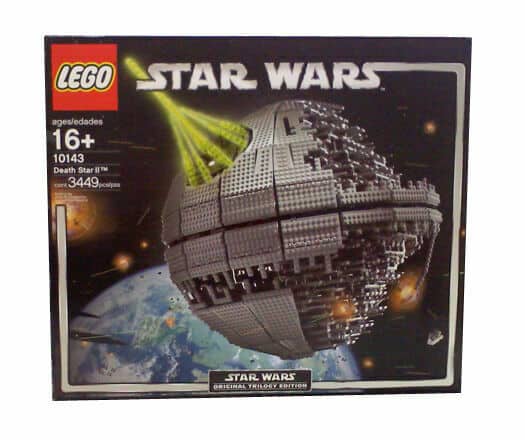 The Death Star II set is one of the most challenging Lego pieces to construct with over 3,000 pieces. It mimics the second Death Star, which replaced the first one that Luke Skywalker blew up. In addition to black and grey pieces that make up the body of Darth Vader’s homebase, the set also includes fluorescent pieces to represent the ship’s lasers.

Unlike the made up languages spoken in “Game of Thrones” or “Star Trek,” the intergalactic languages of the Star Wars universe are not conlangs, meaning that they aren’t complex systems similar to actually spoken languages. Instead, they’re mostly made of distinct sounds. 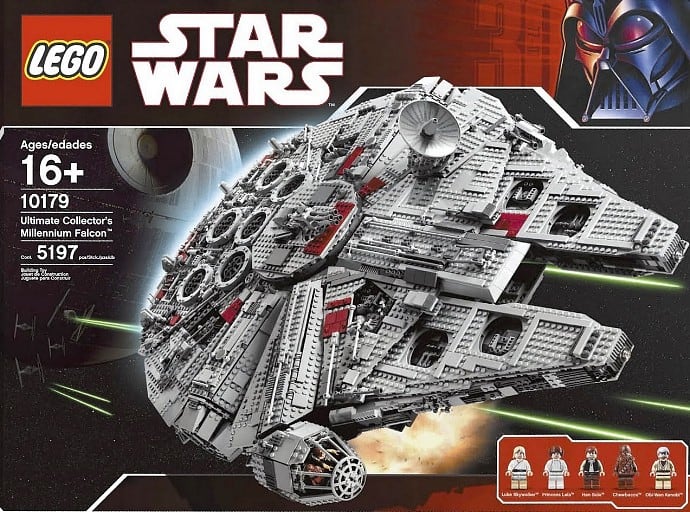 Another member of the Ultimate Collectors Series, the Millennium Falcon 10179 is an impressive replica of Han Solo’s ship. With over 5,000 pieces, this Lego set is less a toy and more an art piece for serious enthusiasts to understand the intricacies of building such a complex design. Besides the ship itself, the set also includes Han Solo, Princess Leia, Chewbacca, Luke Skywalker and Obi Wan Kenobi figurines. The packaging for this set is equally fascinating. The 2007 editions include extra certificates on the box indicating that the set is first edition, while those made in 2009 do not.

Star Wars isn’t just a film franchise, but also has a book series with 10 novels. 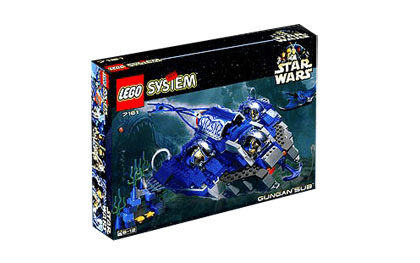 After the release of the “Star Wars Episode I: The Phantom Menace,” Toys R Us ran an exclusive co-pack set in the United States that consisted of the Naboo Swamp and the Gungan Sub. The swamp set included Obi Wan Kenobi, Jar Jar Binks, and two battle droids, along with Lego bricks to build a hut as well as speeder bike and a damaged STAP speeder. The Gungan Sub set provides bricks for constructing the actual submarine, along with Obi Wan Kenobi, Qui-Gon Jinn and Jar Jar Binks.

Like Carrie Fisher before her, Natalie Portman, who played Padme, was a teenager in her Star Wars debut at only 16 years old. 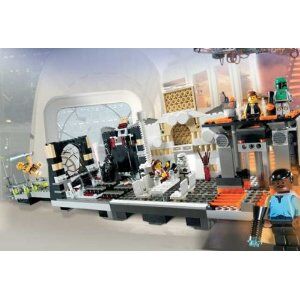 The Cloud City 10123 set features fan favorites from the Star Wars universe, including Darth Vader, Princess Leia, Luke Skywalker, Han Solo frozen and unfrozen, Lando Calrissian, Boba Fett and a stormtrooper. The set mimics Cloud City, where Darth Vader lures and then traps Han Solo and Leia in “Star Wars Episode V: The Empire Strikes Back.” The set also includes a partial replica of the city itself, adding to the fantasy.

Today, a mint condition version of the set costs $4,599 on Ebay. 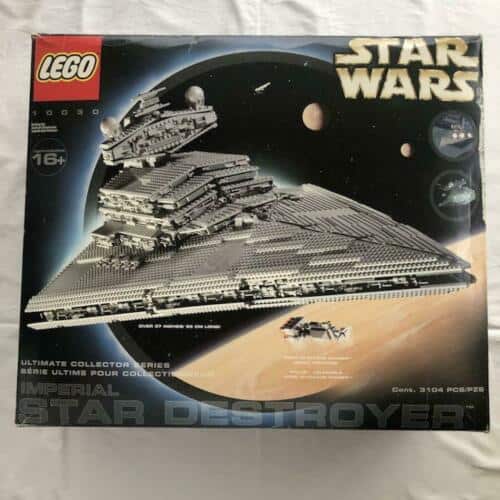 Discontinued and sold only in Japan, this set is rare and highly desirable. It creates an Imperial Destroyer, which was used by the Imperial Navy in “Star Wars Episode IV: A New Hope.” The set comes with over 3,000 pieces in addition to figurines of Darth Vader, a stormtrooper, an Imperial Navy Trooper and Imperial officer. Like most other Lego sets, the Imperial Destroyer’s value comes from its condition. As an unused set is much rarer than a used one, an unopened box in mint condition costs  thousands of dollars. 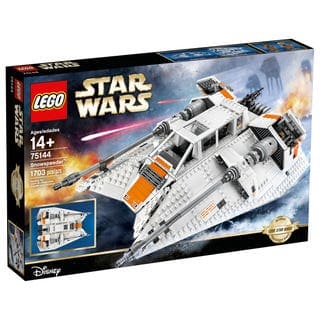 The Rebel Snowspeeder 75144 is also part of the Ultimate Collectors Series, a limited line of intricate sets from the Star Wars universe. In the films, snowspeeders help the rebel alliance maneuver through the freezing climates on the planet Hoth in “Star Wars Episode V: The Empire Strikes Back.” The Lego snowspeeder features opening air brakes and cockpit along with a rotating gun. The set also comes with two figures, a pilot and gunner, as well as a display stand.

Although the Star Wars franchise isn’t based on a book, a novelized version of the first film was sold before the movie was released. 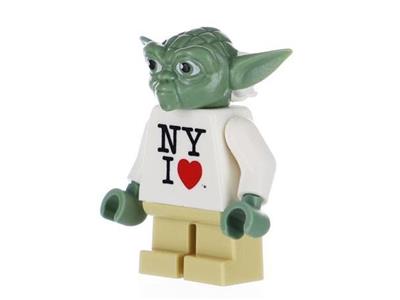 The Lego Yoda “I Love New York” t-shirt set was limited to only 1,000 pieces and included with a purchase of the Starfighter set at the Toy R Us in Times Square. The entire event commemorated the creation of the largest Lego set ever made in Times Square, the X-Wing Star Fighter. The set features Yoda in an “NY I Love” shirt, mimicking his unique speech patterns, a newspaper stand, a mailbox, and a street lamp displaying the Broadway street sign.

Lightsaber colors represent the owner’s moral standing. For example, members of the sith have red lightsabers, connoting evil and immorality. 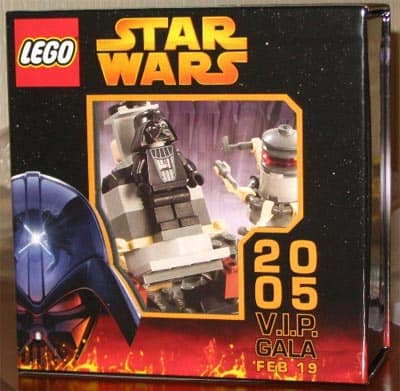 This set was only available to attendees of the 2005 International Toy Fair. It features Darth Vader without a cape, which has only occurred twice in Star Wars Lego sets, as well as a droid. The set depicts Anakin Skywalker’s transformation into the evil Darth Vader, gaining his protective armor from Emperor Palpatine. The set is quite small, but its scarcity makes it valuable among Star Wars enthusiasts, with an estimated value of $2,513.72 today.

This set is the same as 7251 Darth Vader Transformation, which was sold to the general public and, as a result, is worth less than the Toy Fair edition. 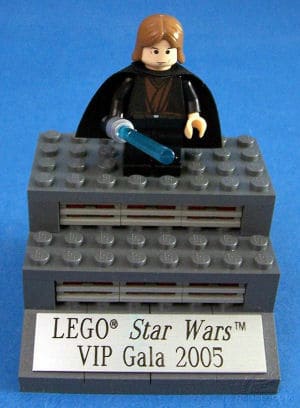 Like its siblings sets, this Anakin promotion figurine is both rare and costly. The set features Anakin and a Lego stand displaying the words “Lego Star Wars VIP 2005.” Anakin plays a large role in the Star Wars films as the doomed student-turned-Sith-lord who terrorizes the galaxy as Darth Vader. Although the figurine is not even close to the other complex sets on this list, it still costs over $3,000 as a collector’s item today. 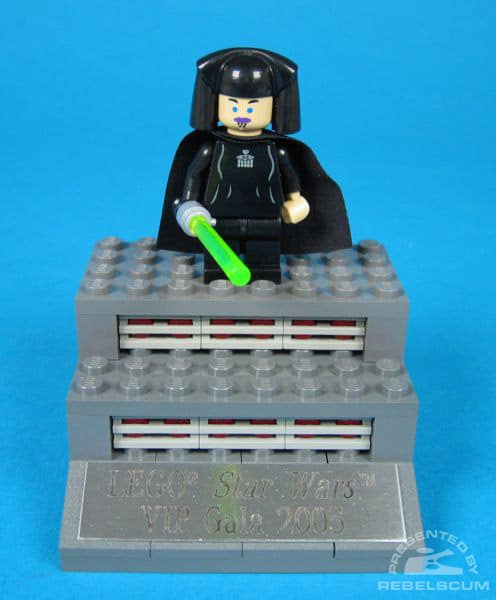 The Lego Toy Fair 2005 Luminara Unduli Promotion set proves the cliche: “good things come in small packages.” Another exclusive to the 2005 Toy Fair, this set only includes the Luminara Unduli figurine holding her green lightsaber on a commemorative stand. Despite its miniscule nature, the Jedi master figurine is quite valuable today, costing over $3,000.

Luminara Unduli has green skin in the films, which is not shown in the above figurine. 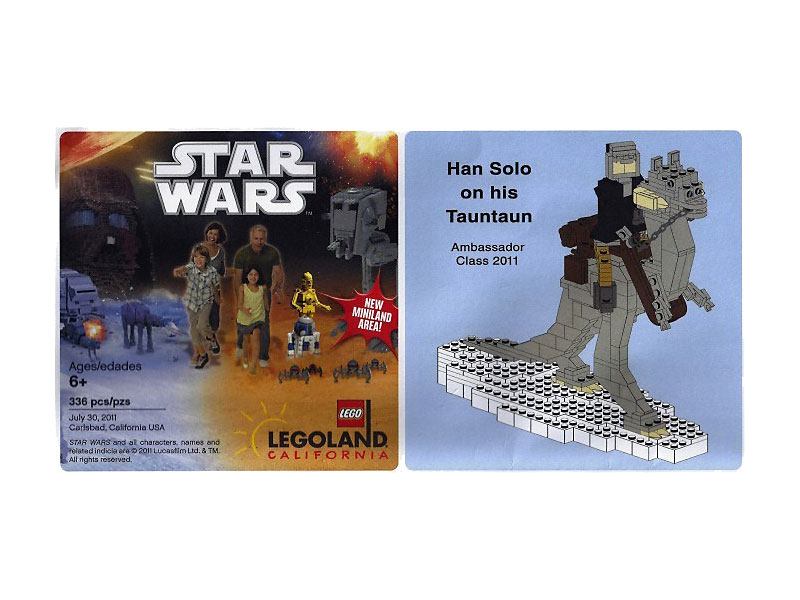 This Han Solo figurine was a mini-set given exclusively to Legoland Ambassador pass holders to commemorate the opening of Miniland. It’s almost impossible to find online, making it the rarest Star Wars Lego set. The Tauntaun are horse-like creatures who inhabit the freezing planet Hoth. The Rebel Alliance uses them to patrol.

While Star Wars takes place in “a galaxy far, far away,” you can visit many of the filming locations here on Earth, including Tunisia and Death Valley.