What Is the 1995 Washington Quarter Made Of?

The 1995 Washington quarter is made of a pure copper core while it is covered by nickel. Overall, the 1995 quarter coins are made with 75% copper and 25% nickel.

Aside from the standard struck 1995 Washington quarter, which was made of base metal, there’s also a variety that is made of 90% silver and 10% nickel. However, the silver version isn’t made for circulation, but for collectors.

The 1995 quarter coin is a common coin. With billions of these made in 1995, you can easily obtain them. It is among the most widely circulated coins in the United States.

The quarter coin was first struck in 1932 with the face of George Washington, the first president of the United States of America. 1932 was also the bicentennial year of the birth of Washington. The designer of the original version was the sculptor John Flanagan.

Here are some of the specifications of the 1995 Washington quarter:

When it comes to design, the obverse features the image of George Washington that is facing the left side. The inscriptions include the following:

On the reverse side, there’s the eagle along with a bundle of arrows and olive branches. The inscriptions include the following:

In addition to the standard Washington quarter varieties, there are also those that come with errors. This gave rise to other types of quarter coins.

Here are some of the most common 1995 Washington quarter varieties you should know: 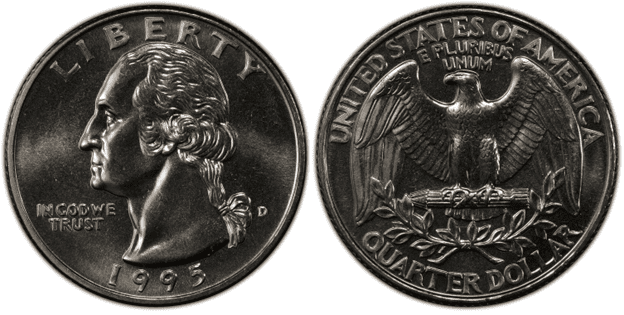 If you’re trying to sell or buy this coin, the price can start at $0.25 and reach up to $14.25. The price can be higher depending on the condition of the coin. 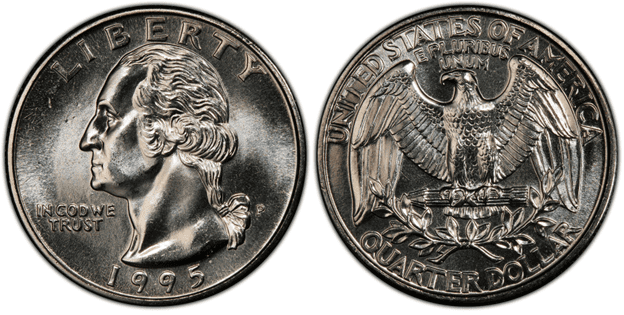 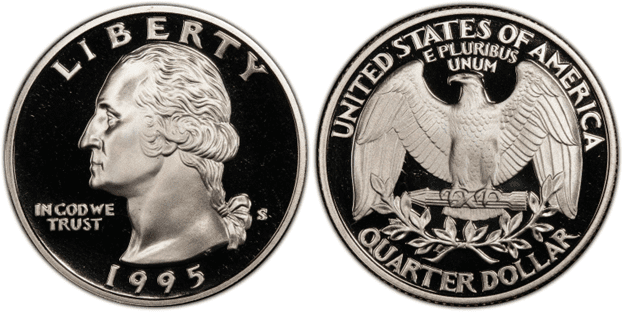 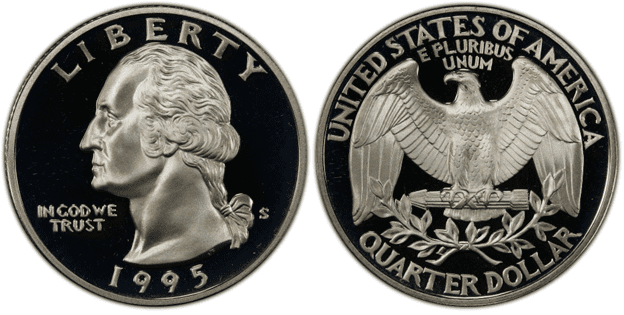 Among the official varieties of the 1995 quarter, the silver proof version has the lowest mintage. With only 838,953 coins like this, the 1995-S silver proof Washington quarter is the most difficult coin variety to find.

Since these are silver coins, you can be assured that it has a higher intrinsic value than other varieties. Aside from that, the silver proof quarter coin looks more amazing as well compared to other varieties.

With billions of 1995 Washington quarter coins produced, it is not surprising to see that some of these coins would inevitably receive an error. While it may sound like a bad thing, error coins are actually a great part of collecting coins for people. Error coins give rise to unique and rare coins.

There are different reasons that a coin may be made with errors. The error may happen before, during, and even after minting. One of the most common reasons for error coins to happen is the wear and tear of the minting equipment.

As you can imagine, there are thousands of coins struck each day. So, it is inevitable that equipment gets worn out. As a result, the coin might not always be properly struck.

For example, the die can break. When a broken die strikes a planchet, the crack could also reflect on the coin.

Here’s an image of a 1995 quarter coin with a die break error: 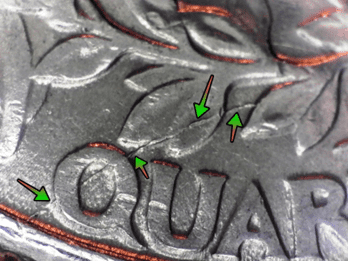 As you can see, there’s a line found on the reverse side of the coin. This line is actually a crack on the die.

Another example would be the misalignment of the planchet or the die. Thus, you get a broad strike or off-center strike.

Here’s an example of an off-center strike: 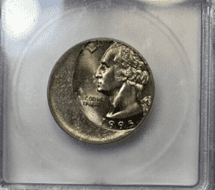 You can see here that the coin looks like it has a quarter moon with the die not hitting the coin at the center.

Sometimes, the error can happen when the planchet is being cut into a circle. When this happens, the planchet might have an imperfect shape and it will affect the look of the coin.

Here’s an example of a clipped planchet error:

There are more types of coin errors. For now, these are just the examples you might need to know.

How Much Is 1995 Washington Quarter Worth Today?

Where To Buy Or Sell 1995 Washington Quarter?

The quickest way to buy or sell 1995 Washington quarter coins would be online. With just a few pushes of a button, you can find the quarter coins that you like.

There are websites that specialize in coin buying and selling. Some examples of these websites include Grey Sheet, USA Coin Book, Golden Eagle Coin, and others. You can also visit the website of coin grading service providers such as PCGS and NGC. They can give you a list of places where you can find your needed coin.

You can also go to online marketplaces such as Amazon, eBay, Etsy, and Facebook Marketplaces.

Aside from the Internet, you can go to coin and antique shops. There are also auction houses where you can sell your coins or buy them.

Is there anything special about the 1995 quarter?

Yes, there’s something special about the 1995 quarter. If you have a 1995 quarter that has at least a grade of MS-65, then that coin is special since only a few coins get this grade.

How many 1995 D Washington Quarter were produced?

What is the most valuable 1995 quarter with error?

The most valuable 1995 quarter with error is the one that is rare and in good condition at the same time. While there’s no official coin with the highest price, you can find some of them from auction houses.

What is a rare year for a quarter?

12 Most Expensive Collectibles in the World