In general, the 1973 Lincoln Penny isn’t a rare coin, and can still be found in pocket change. Unless it is a rare error coin, the value of the 1973 penny comes from its sentimental value. One of the most interesting characteristics of coins and coin collecting is that they can serve as a record of historical events that occurred during the year in question. They can also be used as a keepsake for someone who was born in that year or experienced an important life event at that time.

The biggest events of the year occurred in the political sector; President Richard Nixon is sworn in for a second term. Nixon is the only person to have been sworn in as President and Vice President of the United States twice (1969, 1973) and (1953, 1957), however, the beginning of what became known as the Watergate scandal was just around the corner. The United States Supreme Court overturns state abortion bans in Roe v. Wade. With the signing of the Paris Peace Accords, the United States’ involvement in the Vietnam War comes to an end. 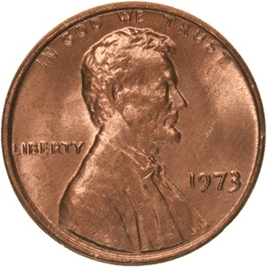 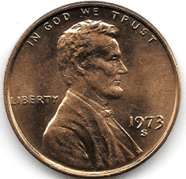 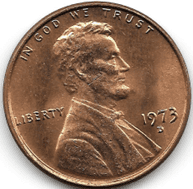 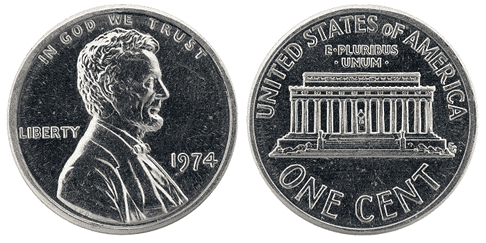 The estimated mintage numbers and values of the various non-error varieties of the 1973 Lincoln penny are listed below. (The values of error coins can massively fluctuate, but we’ve provided price indicators in the entries above). The given prices are significantly dependent on the condition and grade of the item.

The official grading given, circulation numbers, any distinctive aspects about the coin (such as errors), the overall condition and wear, and whether or not the piece was actively used in circulation are all factors that influence the value of coins.

The 1973 Lincoln penny is one of those coins that has a broad range of errors, some of which can be quite valuable and/or sought after.

In numismatics, the term “doubled die” refers to the duplication of design elements on a functioning die caused by die misalignment. The doubling strength might range from extremely little and limited to extreme and widespread.
Look for 1973 doubled die pennies with noticeable doubling in the writing, date, and Lincoln’s eye and bowtie. Depending on the magnitude of the doubling, such 1973 doubled dies can bring anywhere from $25 to $100.

Off-center errors occur when the die is seriously misaligned. This error is most noticeable when looking at the band around the edge of the coin. Values for off-center coins can vary depending on the percentage that the coin is misaligned, with the greater misaligned coins, commanding a higher price of upwards of $70. 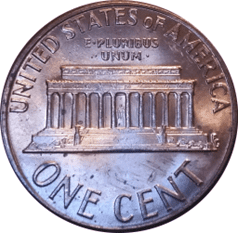 Also known as a ‘raised-rim’, raised edge error pennies will have a high rim that exceeds the usual thickness for coins of this type. This commonly occurs in minting when the die has become tilted, leading to a discrepancy in edge thicknesses. This is a fairly common error, so prices for this type of coin tend to be under $10 unless it’s in exceptional condition, or the error is extremely pronounced/in conjunction with other errors. 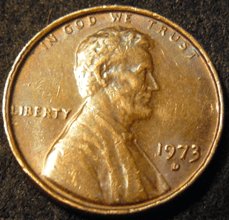 There aren’t actually any Lincoln pennies with recognized typos on the word ‘liberty’, however, as you can see with the errors on this list, multiple issues occurred when minting these coins, which can lead to imperfect printing of the words on the coins which can be misconstrued as typos. Factors such as double die errors, greased dies, and damaged dies can all cause these types of defects. While there doesn’t seem to be many examples of this out there on 1973 coins, the examples from the 1950 penny see below could be seen in rare cases. 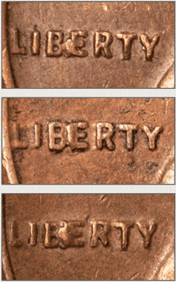 This type of error occurs when the mintmark of the coin has been printed twice, leading to a flat or warped mint marking such as the example seen in the image below. This type of error is most common in coins struck in Denver (D-Penny), and tends to command a value similar to the raised edge defect. 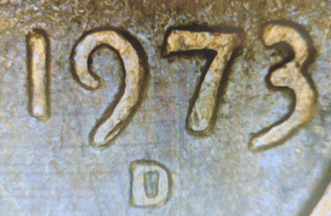 This is a common imperfection found in coins, and unless significant or unique, does not add value to the coin in question and may lower the grade rating of the coin instead. 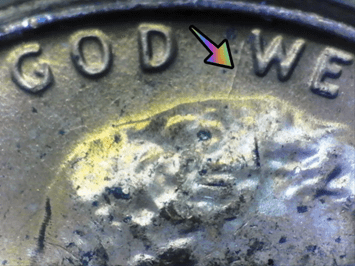 How Coins are Graded

Currency Converters
Lincoln Pennies are more likely to be encountered in everyday life than other rare coins because they are still in circulation. Because the value of most specimens of this coin is minimal, selling individual Lincoln Pennies online can be difficult, which is why using a currency converter like Foreign Currency and Coin and Leftover Currency is one of the best solutions for selling low-value historical coins.

Online Marketplaces
Due to the commonality and relatively low value of most 1973 Lincoln pennies, buying and selling on online marketplaces such as eBay makes for a great and easy option. Examples of error coins can even be found for sale for reasonable prices.

Specialist Dealers, Forums, and Auction Houses
Visiting specialist dealers, internet forums such as Coin Community, and auction houses for more uncommon specimens of this Penny, largely error kinds, or excellent quality coins, gives buyers and sellers peace of mind and comes with the added plus that the coins for sale have already been graded. Remember that if you find an aluminium Lincoln penny, you must hand it back to the government.

No, there’s no 1973 penny created in silver. If you find a 1973/4 penny made out of a silvery material then it is either an aluminum penny, and therefore illegal to own or sell, or it is a standard copper penny that has been coated in a silver-toned metal. To find out which type you have simply weigh the coin.

9 Most Expensive Grills on the Market