10 Most Expensive Vans Ever Sold

Vans was founded by Paul Van Doren in 1966 in California. The original Vans sneakers cost $2.49 to $4.99. in 1976, they debuted the “Off the Wall” logo branding, which refers to skateboarding slang for doing tricks on the walls of empty pools.

Some of these shoes are limited editions and in high demand, racking up huge prices. Continue reading to learn about the 10 most expensive Vans that money can buy. 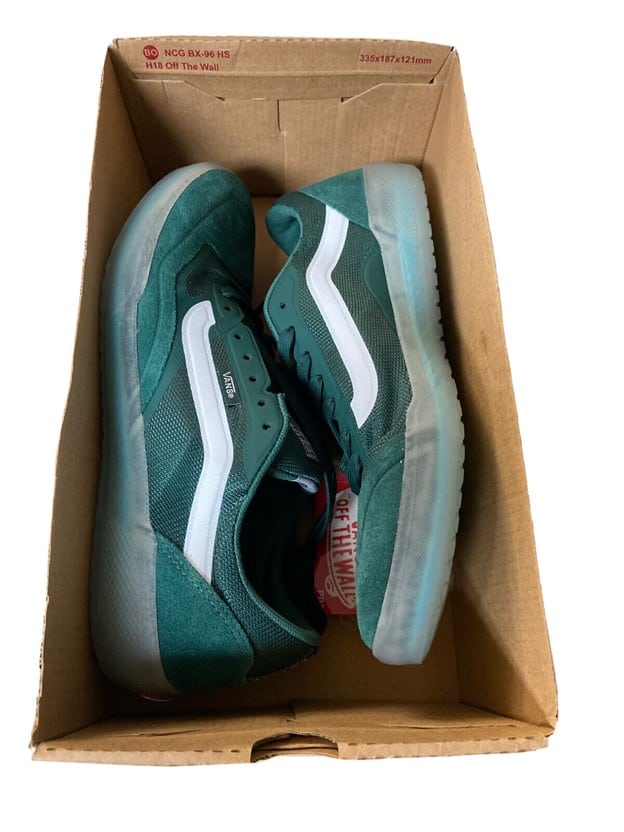 The Vans AVE Pros are pine-colored, size 9 shoes with suede uppers. They were made in 2015, combining DURACAP and RapidWeld’s “no-sew” technology. They have LuxLiner inner linings that provide better durability and a comfier fit than the average Vans.

The soles are known as “Ultimate Waffle” designs, which improves the classic Vans sole design, made for helping skaters maintain stability on their boards.

The skateboarder Anthony Van Engelen or AVE is well-known in the skating world, which is why these high-tech skating sneakers are designed with skateboarders in mind.

He co-owns Hockey Skateboards and Fucking Awesome in addition to winning the 2015 Thrasher Skater of the Year Award.

DURACAP is the name Vans gave to its shoe tech. It refers to a rubber layer that lines the bottom of their shoes, providing particularly good grip and stability to skateboarders. LuxLiner refers to Vans’ extended shoe tongue, which pads and stabilizes the inner front of the shoe. 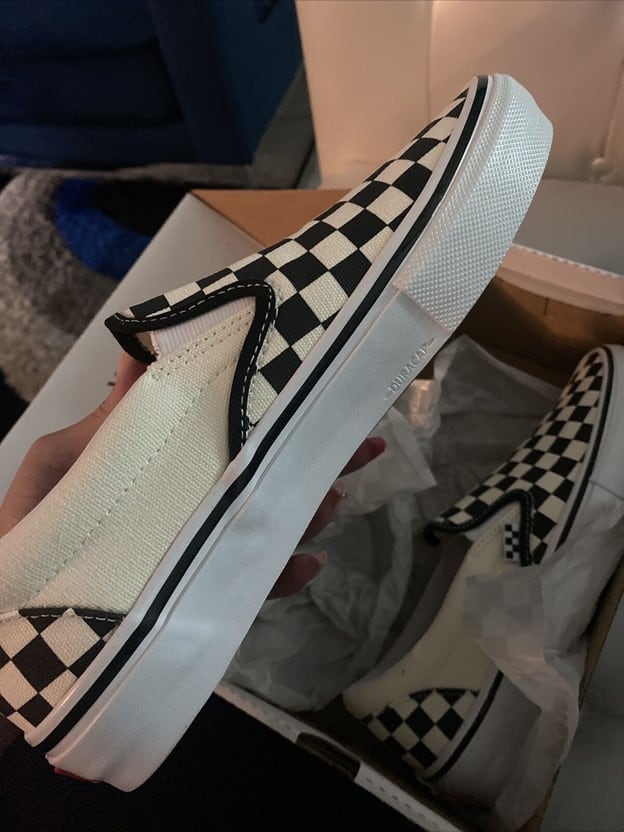 The Vans Checkerboard Skate Slip-On Skating Shoes Z are black and off-white, size 8.5. The uppers are made from suede and canvas. The shoes are low-tops, meaning they hug the wearer’s foot below the ankle.

The vulcanized soles are designed for a better board feel and premium traction while skating.

The canvas uppers are breathable, maximizing comfort (same with the padded collars). The dual elastic midfoot of these sneakers is designed for giving skaters a little spring once they get off their boards, as well as absorbing shocks when they do tricks.

These low-top checkerboard Vans can sell online for as much as $8,102 in the rarer sizes.

Vans invented their signature waffle treads, which are on these checkerboard skating shoes, specifically for skateboarders. The waffle design gives the shoes a more flexible grip and increased traction on the board. 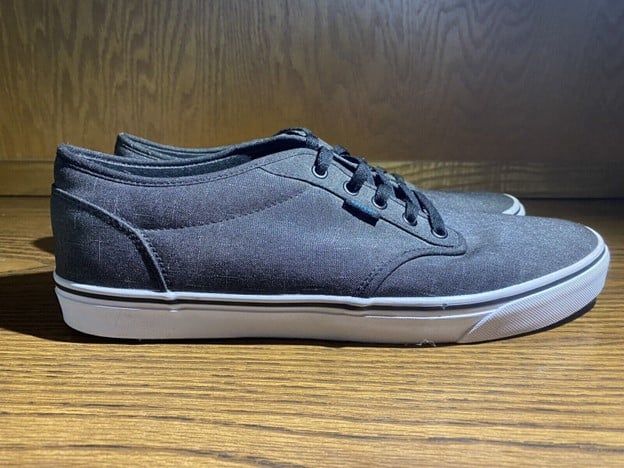 A pair of size 14 Vans Atwood Gray sneakers sold on eBay on May 25, 2022 for $10,100. These low-top shoes are charcoal grey with a white rubber sole. They have canvas uppers in a skate shoe style, designed for athletes, complete with a padded collar.

The tongue is padded too, and the laces are roped with metal eyelets. The design pays homage to Vans heritage with these low-top skate shoes. They even have vulcanized original waffle outsoles.

The low-top Atwood sneakers are durable designs built for skaters, runners, and any other active wearers. 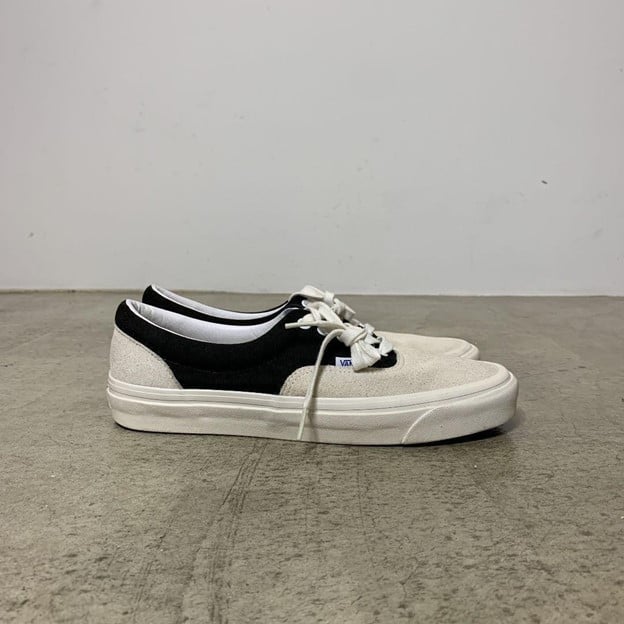 The Vans 10Us Era 95 Dx sneakers are made from canvas, with fabric inner linings, rubber soles, and a round toe line. The shoes were made as tributes to the first Vans factory, located in Anaheim, California.

This is why they have such a classic-looking Vans sneaker design, though they’re modernized for comfort.

The shoes show off the original Vans color palette, glossed foxing tape, and sturdy original-style canvas uppers. They also contain OrthoLite sockliners. You could own these Vans 10Us Era 95 Dx Anaheim sneakers for $13,926.64.

Vans was founded in Anaheim, California in 1966. They specialize in skateboarding shoes, snowboarding gear, BMX accessories, and other sports merchandise.

The smallest shoes on this list are these Men’s 6 Vans High Top Sneakers. They have thick leather uppers that are black but streaked in a grid of white with the iconic Vans wavy white line through the center. The leather soles are thick and white.

The shoes are listed as Unisex Lady sneakers, made for people with wider feet than typical high-top Vans. They’re listed on eBay for $16,500 and may never sell. We’re assuming that the seller is asking so much due to the rare size.

High-tops like these were created as athletic training shoes, especially for basketball. They’re only considered high-tops if they extended above the ankle and shouldn’t be confused with “mid-tops,” which are closer to a normal sneaker. 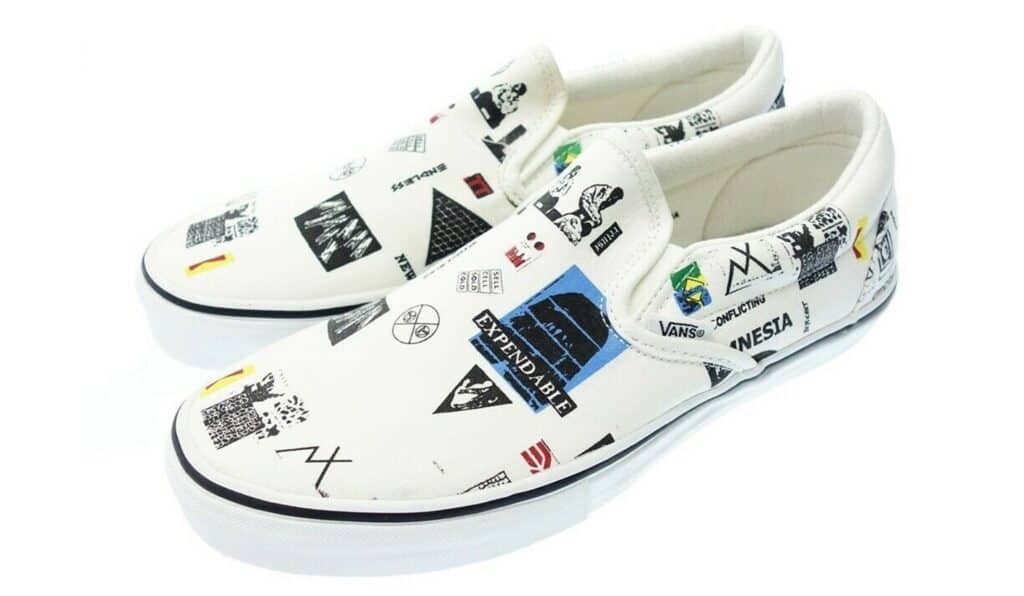 The Raf Simons x Colette x Comme Des Garcons Vans Slip-Ons were released in 2005, limited to 100 pairs. The graphics on the shoes were designed by Peter de Potter from the Consumed Collection by Raf Simons.

These include the pop art logos for “chaos,” “refuse,” “expandable,” “amnesia,” and more.

Raf Simons is a clothing designer from Belgium. He started in furniture and launched a menswear fashion label in 1995. He has been the creative director of Dior, Jil Sander, Calvin Klein, and the co-director of Prada. 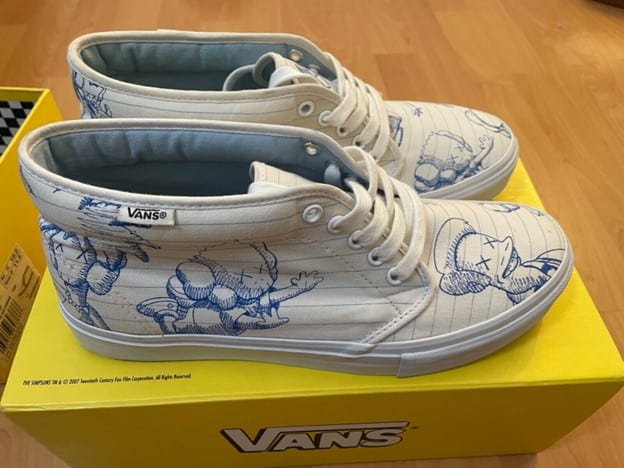 The Simpsons x Kaws x Vans Cukka Boot LX is a white Vans sneaker with light blue horizontal stencils that mimic the surface of ruled paper. There are also designs based on The Simpsons drawn to look like a blue pen drawing in a school notebook.

The classic Kaws design on these Vans was released in a limited-edition of only 100 pairs, which is why the shoes are so expensive. A pair is currently listed new on eBay for $20,000.

Brian Donnelly, the artist known as Kaws, is famous for his pop art, which replaces famous characters like the Simpsons and the Beatles with stylized versions that have X’s for eyes. His more famous collaboration with The Simpsons brand was a redesign of The Yellow Album, a 1998 record featuring the characters. 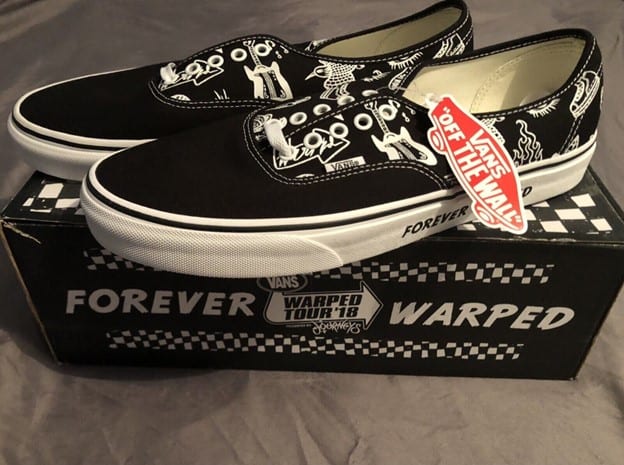 These size 12 limited-edition Vans in the Forever Warped series were made in 2018. They have black uppers with white music-inspired designs on top. The rubber soles are white and say “Forever Warped” on the side.

The shoes have foam insoles and a canvas top, which doesn’t sound too unique.

However, they have a collector’s edition status due to being received with deluxe collector’s tickets at the last Warped Tour. The example listed on eBay is listed as “never worn” for a price of $20,000.

Warped Tour ’18 was presented by Journeys and listed as the “final full cross-country tour.” It featured a ton of heavy hitters, including All Time Low, Frank Turner, Falling Reverse, August Burns Red, Knocked Loose, and more. 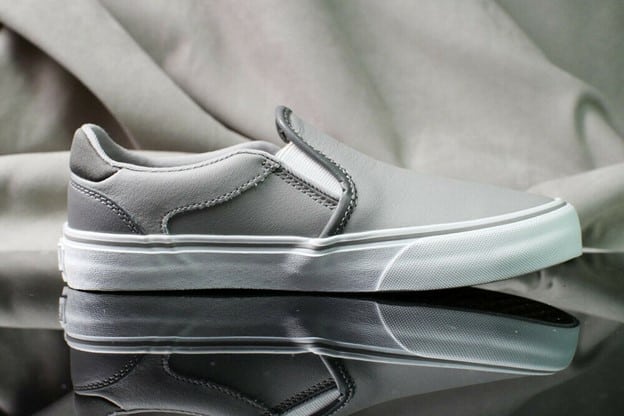 The size 8.5 Vans slip-on shoes known as the Vans Asher Deluxe are sleek, gray and white, and designed for women. Vans doesn’t specialize in shoes made specifically for women, but maybe that’s why these are so expensive.

These leather low-top sneakers are currently listed on eBay for $49,999.

The uppers of these shoes are leather, the lining is high-quality fabric, and the sole is made from Vans’ signature rubber waffle material.

These shoes have what’s called a vulcanized midsole, also known as vulcs. They’re made by gluing rubber soles to the uppers and then layering a wrapping of foxing tape around it.

Foxing tape is a material that separates the two halves of the shoe, securing the joint, and attached by “vulcanization,” which involves attaching two layers of heated rubber together into one sturdy platform. 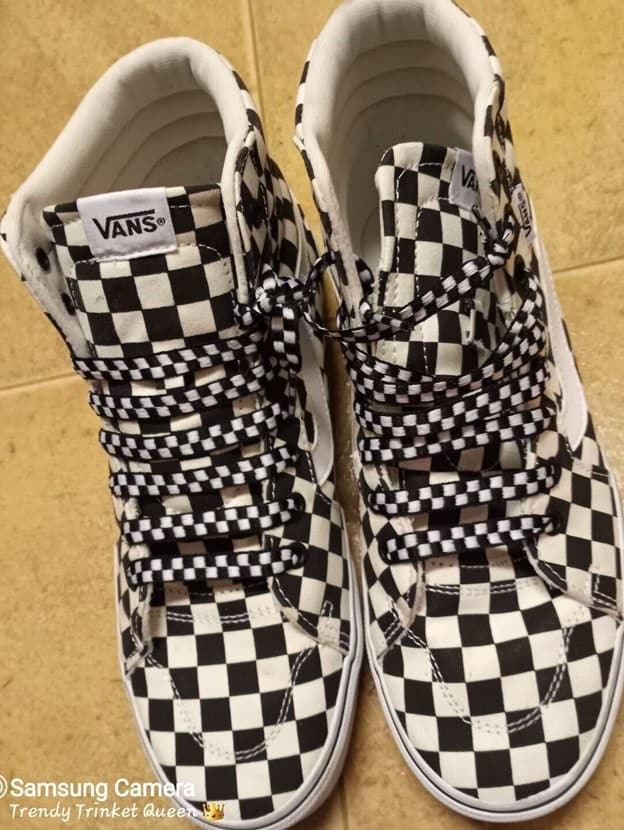 The most expensive Vans are the Checkered Vans High Top Sneakers. They have the classic black and white checkered designs and high-top converse shape of the skating Vans that date all the way back to the 80s.

The canvas top should be comfortable for anyone lucky enough to buy these shoes, which are currently for sale on eBay for $77,777.

The shoes have “Off the Wall” labeled on the heel, which is a reference to the brand’s historical connection to skating culture, cultural rebellion, and creativity.

Van Doren attached the shoe brand to the skating culture all the way back in the mid-70s and “Off the Wall” has been their motto ever since.

The Vans brand is not a stranger to cross-promoting with counterculture. For over 20 years, from 1996 to 2019, Vans has been the main sponsor of the Warped Tour rock festival.

8 Most Expensive Houses Currently on the Market in Missouri