Insects are the most diverse and extensive group of organisms globally, with nearly 1 million species discovered. But scientists believe there are almost 20 million undiscovered families yet, and so many more that could reappear again.

Insects, also called bugs, are found everywhere – in water, on land, in the air, and while some people find them interesting, others can’t stand the thought of them. Even with so many species everywhere around us, there are thousands of insects becoming increasingly rare to find and going extinct each day.

From flightless bees to nocturnal beetles, check out some of the rarest insects in the world. 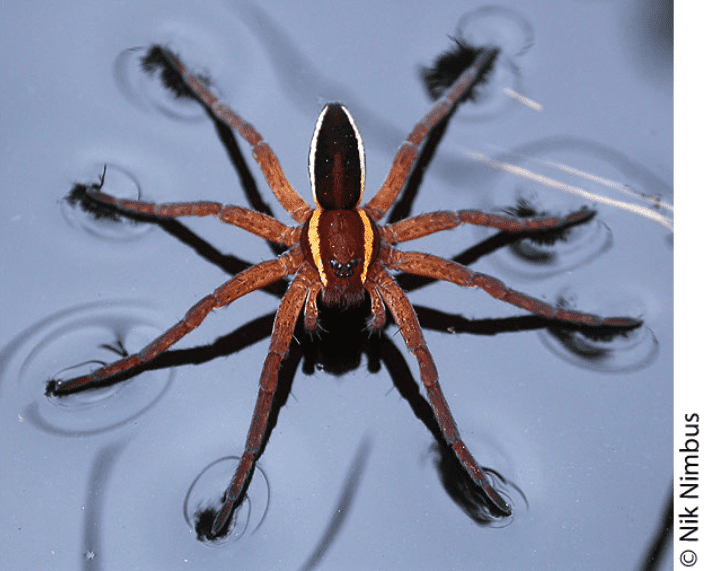 Also known as the Great Raft spider, this European species is found mostly in the United Kingdom.

According to the IUCN Red List of Threatened Species, this species is vulnerable because there are only three populations of the Fen spider known in Suffolk, East Sussex, and near Swansea.

Great Raft spiders are among Britain’s largest, colored in brown or black with creamy or yellow bands along the abdomen. They have hairy legs to help them move along the surface of the water and can use them to catch fish and tadpoles.

Female Fen spiders are considered to be caring mothers.

Fen Raft Spider has been protected under the Wildlife and Countryside Act since its publication in 1981. The act is primary legislation protecting the United Kingdom’s plants, animals, and habitats. 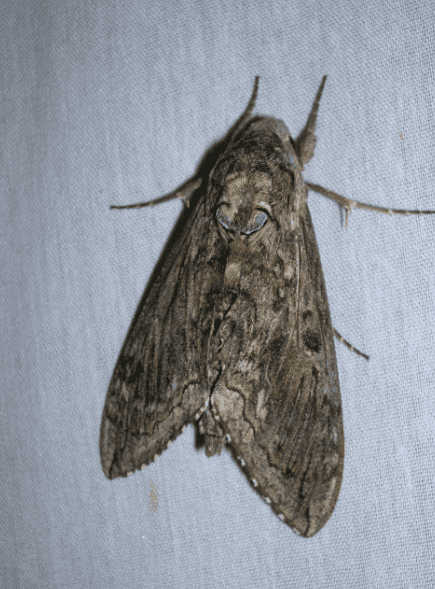 Pulelehua – “flying lehua flower that lasts a short time” is Hawaiian’s largest insect, with a wingspan of 5 inches. It’s unknown how many Blackburn’s Sphinx moths are left as it was considered extinct in the late 1970s.

The species was rediscovered on East Maui, but it’s listed as endangered by the state.

These moths are a part of the sphinx moth family, often called “hummingbird” moths because of their bird-like features – grayish-brown in color with black bands across the wings and orange spots on the abdomen.

They’re in danger due to the decline of the plant they use as food.

Manduca blackburni was listed as endangered in 2000 by the United States Fish and Wildlife Service, the first Hawaiian insect to receive this status. This service has over 560 National Wildlife Refuges and numerous active conservation projects to help animals and plants in need. 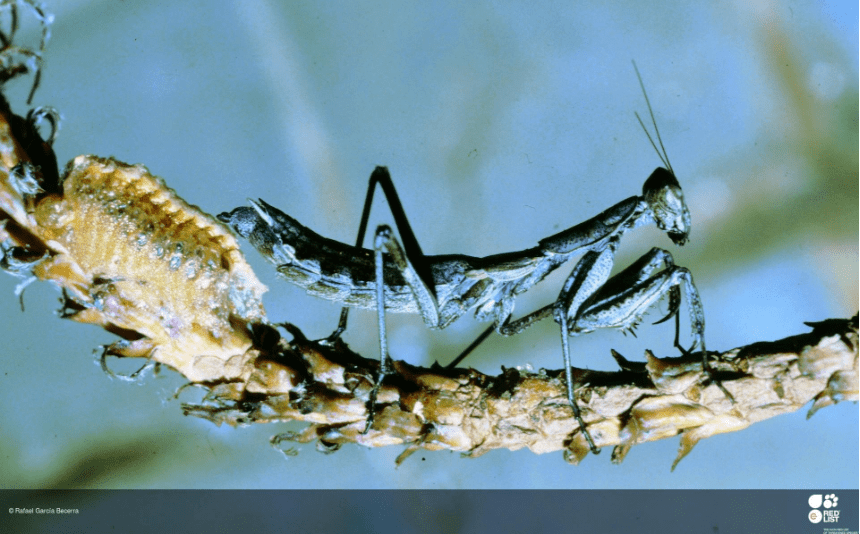 This species was put on the IUCN Red List as endangered in 2015, and it’s the only endangered mantis on this list. Canary mantis lives in forests and shrubland, not migrating anywhere else.

European Dwarf mantis are usually cream-colored, but this one is in the more intense blue with black details.

The Canary Islands have 4,200 endemic species, with reptiles having the most population. Some popular ones are The Gran Canaria and In El Hierro giant lizard. The blind crab is endemic only to this area, found on the island of Lanzarote. 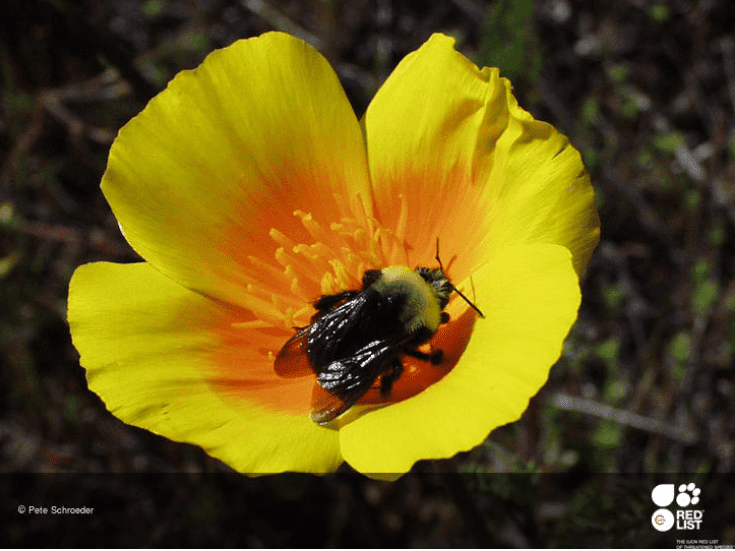 Franklin’s Bumble Bee is the rarest worldwide and critically endangered on the IUCN Red List. This bumble bee is endemic to the United States, but its population is limited to a 190-by-70-mile area in Oregon and California. The last sighting of this fuzzy bumble bee was in 2006.

Bumble bees are particularly good at pollinating as they have strong wings and large, fuzzy bodies, ideal for carrying pollen.

CNN did a story on “the old man and the bee” in 2016 about a retired entomologist Robin Thorp on his quest to find Franklin’s Bumble Bee in the mountains of southern Oregon. Many scientists believed Franklin’s species was extinct, but Thorp trusts he could find one – and he still hasn’t given up. 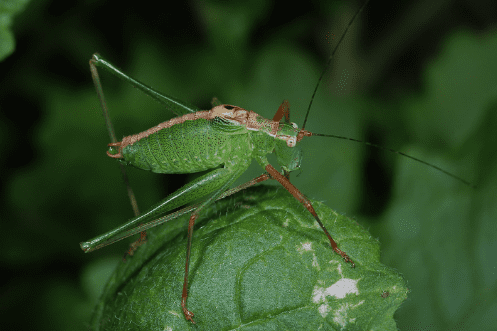 The speckled bush-cricket is a common insect across Europe, seen in France, Poland, and Belgium, but Calabrian cricket is endemic to Calabria, a region in Italy. According to the IUCN Red List, they are critically endangered, with an estimated population of 100 to 5,000 mature individuals.

Speckled bush-crickets live in dry woodland, emerging as immature insects in May and developing into adults until November. They are mainly green in color, with black speckles and brown stripes along their backs.

Their population is in a constant decline caused by the abandonment of agricultural land.

Male crickets emit sounds by rubbing their wings together, barely audible to human ears. They do that to attract females, but unlike many others from the species, the female speckled bush-crickets can respond with a weaker call of their own, attracting the males back. 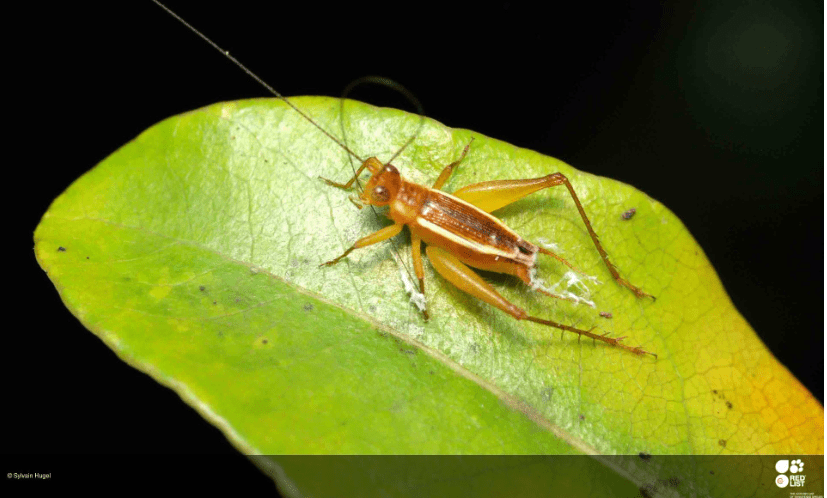 Sword-Tail Crickets species has many subgenera in the family, Metioche payendeei being one of them. This subgenus has been listed as critically endangered on the IUCN Red List of Threatened Species since 2014, and their numbers are decreasing.

The insects are residents of Mauritius, with an estimated population of mature individuals being around 1,200. Crickets usually live in forests in a sub-tropical climate with lots of rain.

They have orange-green oval bodies, easy to blend in with nature.

Species of Metioche crickets have been found in tropical parts of South America, Asia, Africa, and Australia. The species is also referred to as winged bush crickets or trigs. Crickets have a set of 50-300 teeth in their mouths, arranged in a comb-like pattern. 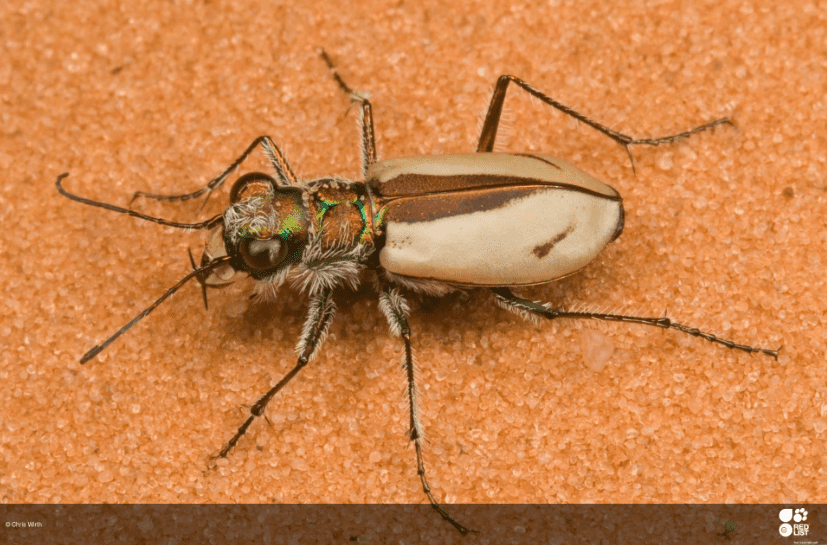 This insect has a mouthful of a name for such a tiny insect, but this Coral Pink Tiger Beetle is listed as critically endangered by the IUCN Red List. It’s endemic to Coral Pink Sand Dunes State Park in Utah, United States, hence the name.

The insect matches the dunes in pink-white color on its wings, with a metallic green head and strong legs. Tiger Beetles are active on sunny days, but they bury themselves at night.

Drought is one of their major threats, as their population depends on rainfall, which is rare in the park. 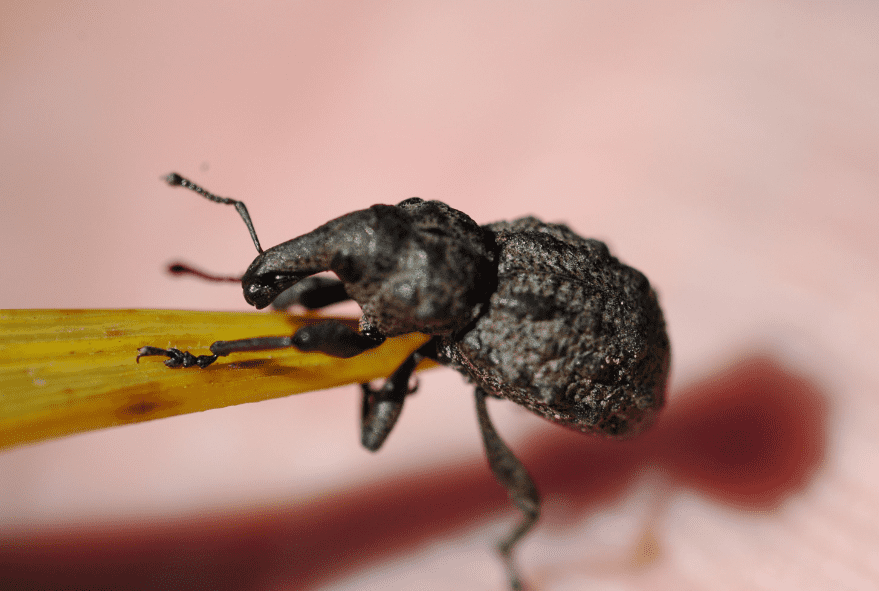 Also known as Spaniard weevil, this beetle is endemic to mountain foothills in the Canterbury region in New Zealand. The beetle lives in lowland tussock grassland of 2,265 feet altitude.

This beetle is flightless and can grow up to 0.64 inches. The species is listed on the IUCN Red List as critically endangered due to the burning of the speargrass plant they inhabit. Scientists believed that weevil was extinct in 1992 until their rediscovery in 2004.

Weevils are one of the 97,000 beetle species, known for their elongated snouts and smaller sizes. Most can grow less of an inch, and they’re considered pests because of their ability to destroy crops that they love to eat. 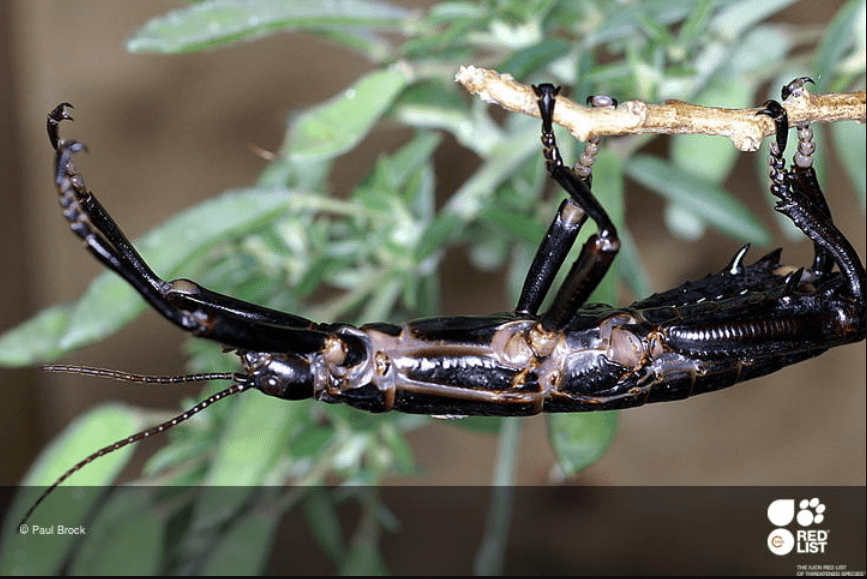 The Land Lobster, also known as the Lord Howe Island stick insect, is the rarest insect on the list, with an estimated population of up to 35 mature individuals. It got its name from the island group it’s endemic to, Lord Howe Island Group between Australia and New Zealand.

They don’t have wings like most insects do and can measure up to 8 inches in length. They resemble lobsters with rectangle bodies and sturdy legs.

This insect is listed as critically endangered on the IUCN Red List, as their number declined rapidly due to black rats who love to eat them.

An interesting fact about land lobsters is that the females lay eggs hanging from branches. The reproduction can happen without a male presence, and hatching can occur up to nine months after laying eggs.