Fish have been around for well over 400 million years, but humans only started domesticating these animals about 2,500 years ago. According to experts, Egyptians and Chinese populations started the process around the year 2500 B.C.

Today, fish are popular as both food and pets — and that’s led to a lot of new fish species being domesticated in recent decades. In fact, over 90% of fish currently farmed were domesticated since the beginning of the 20th century. This change in the human-fish relationship has made for some interesting developments in the fish world, including some very expensive price tags for the rarest fish out there. 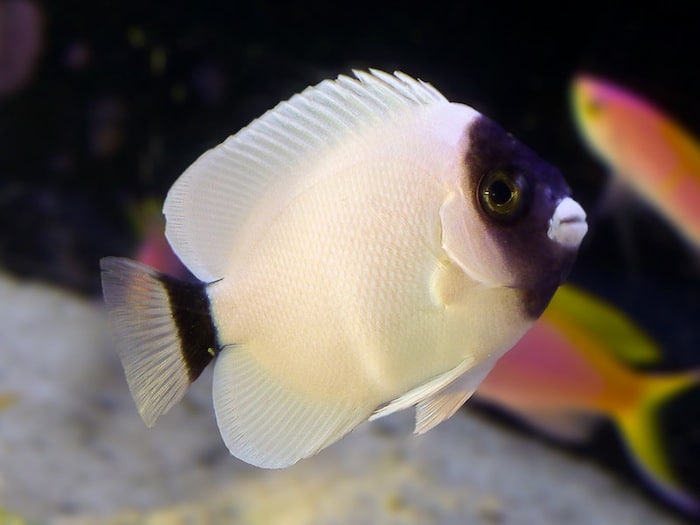 Kicking off with the Masked Angelfish, these little sea creatures are crazy expensive despite their unassuming look. With marble-white bodies and “masks” that develop in a variety of colors, the Masked Angelfish might not look as unique as other sea life, but their rarity makes them highly coveted among collectors.

In fact, these fish are so rare that it’s essentially impossible to find them on the market. However, the year 2009 marked one of the few times that a pair of Masked Angelfish were sold. According to reports, an anonymous fish collector jumped at the opportunity to purchase two of these rare fish — paying a wild $30,000.

Angelfish aren’t always masked, but they are often rare. Amazingly, a variety known as the “Peppermint” Angelfish is so rare that only one exists in captivity for public viewing. 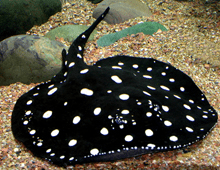 This bottom-feeder is one of the most expensive freshwater creatures out there. With splotches that look like polka dots or diamonds, the animal is often referred to as a white diamond river ray.

Inhabiting the sandy banks of Brazil’s Xingu River, these rays are extremely hard to find in the wild or aquariums. Interestingly, since the wild population of Polka Dot Sting Rays is so hard to study, there isn’t enough data to even label the creatures as “endangered.”

With so few in existence, Polka Dot Stingrays are nearly impossible to purchase. But on the rare occasion these fish do sell, they easily go for $100,000.

As bottom feeders, Polka Dot Rays bury themselves under the ocean floor throughout the day and hunt for food when night falls.

The Platinum Arowana, also called the dragon fish, is a freshwater fish that lives in tropical climates. As an extremely aggressive animal, the Platinum Arowana is usually considered predatory and territorial.

Found in a variety of colors, these fish are popular among Asian nations and are often connected to local folklore.

These fish are often described as “prehistoric” for their unique look. With dragon-like scales, it’s not hard to see why the Platinum Arowana would be described like that. 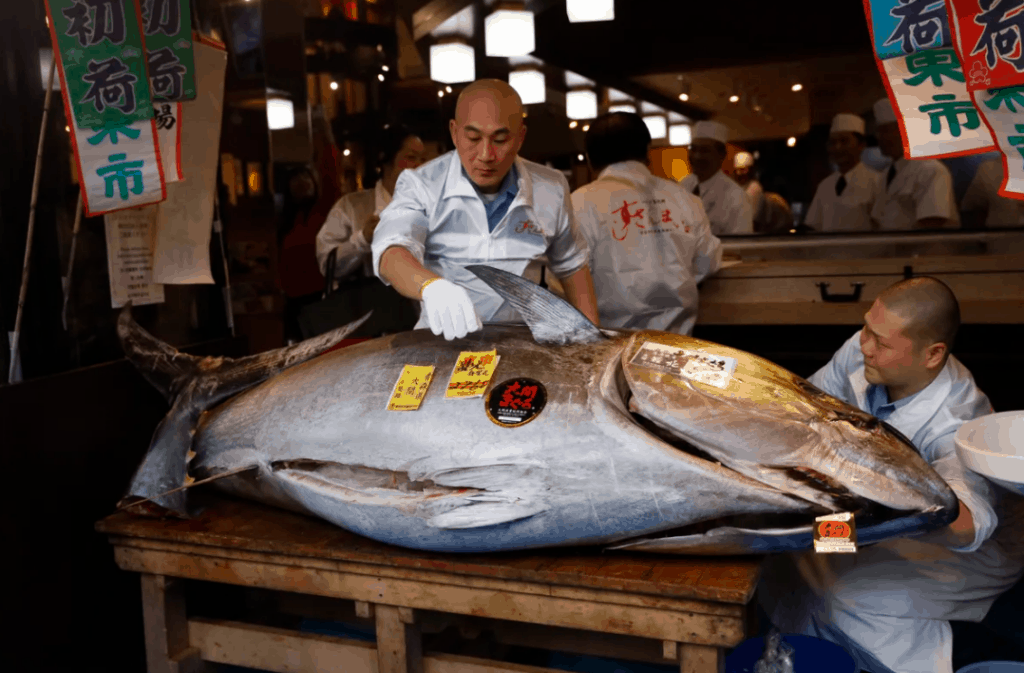 Kiyoshi Kimura, also known as The Tuna King, is a Japanese sushi chef and head of the Kiyomura Corporation, a company that runs several sushi restaurants. In early 2020, he made headlines for his purchase of a large Bluefin Tuna.

Weighing in at over 600 pounds, the fish cost The Tuna King an insane 1.7 million dollars. Incredibly, that wasn’t the first time Kimura spent over a million dollars on some fish…

In 2011, it was announced that the Bluefin Tuna was at great risk of becoming an endangered species. Today, the animal has officially joined the Endangered list. 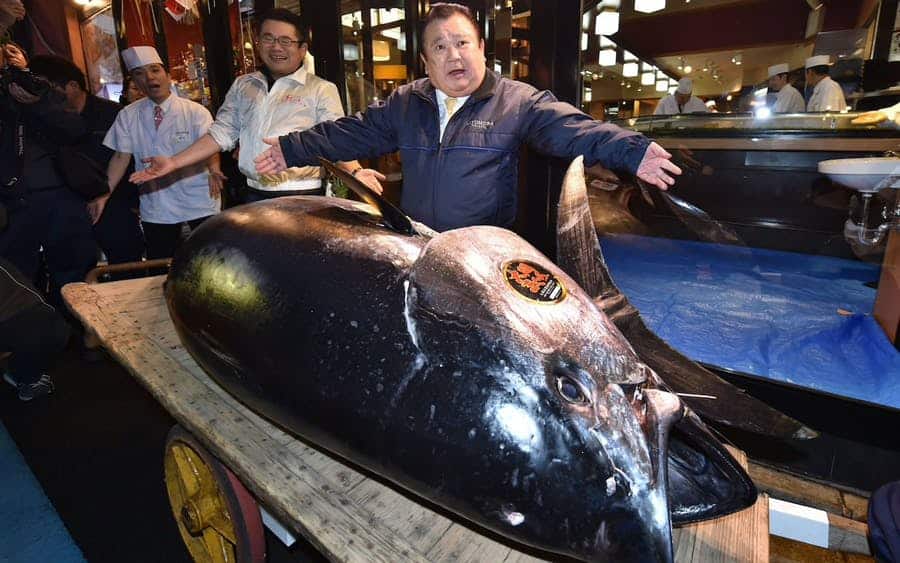 The Tuna King’s Bluefin Tuna is the most expensive fish ever sold.

Yep. The Tuna King is at it again. Before purchasing his second Bluefin Tuna in 2020, the Japanese headline-maker bought a slightly smaller Bluefin in 2019 for even more money.

At $3 million, this expensive fish was auctioned at the Toyosu market and used in the King’s sushi business. Reportedly, the rare sea creature went on to make about 12,000 pieces of sushi.

Bluefin Tuna are deadly predators within the ocean. From the time they hatch, these large fish hunt by sight — using some of the best eyes in the sea to eat everything from other fish to squids.

The Most Expensive Fish You Can Buy

So those are the most expensive fish you can’t buy, what about the fish you actually can purchase? 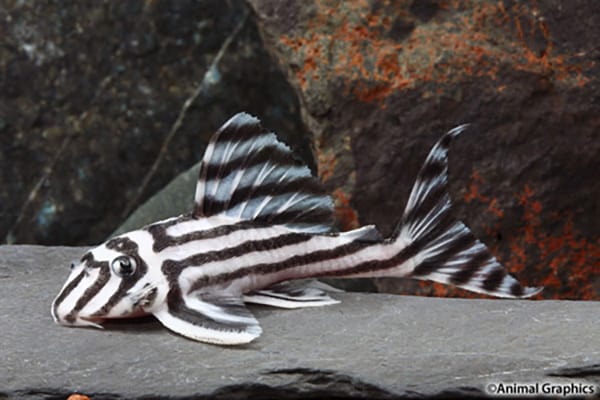 Described as the “smuggler’s favorite,” these little fish are suffering from over-collection that threatens to make the Zebra Pleco join the Endangered Species list.

Since some laws have been put in place to curb the trapping of these fish, Zebra Plecos are popular among smugglers who illegally sell rare animals.

With a threatened future, these rare fish usually sell for at least $300.

Once Zebra Pleco eggs are fertilized, it takes about one week for the little creatures to hatch. Strangely, the newly hatched fish will have a small yolk sack attached to its belly for several days after leaving its shell. 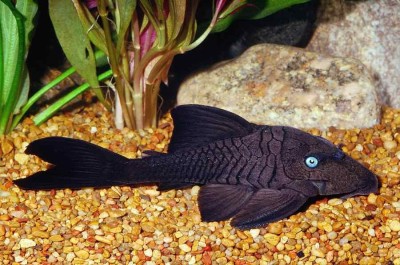 With a lifespan of about 15 years, these fish are some of the rarest and most unique plecos on the market. Sadly, the Blue Eyed Pleco was almost made extinct when toxic chemicals spilled in a Colombian river where a large share of the population was located.

Thankfully, these are very hardy fish — and a few Blue Eyed Plecos survived this disaster. Now, after making a comeback, these fish are still rare but less threatened with extinction. Still, the rarity of Blue Eyed Plecos makes them quite expensive — easily costing $400.

Reportedly, these fish have never been successfully bred in captivity, adding to their steep price tags. 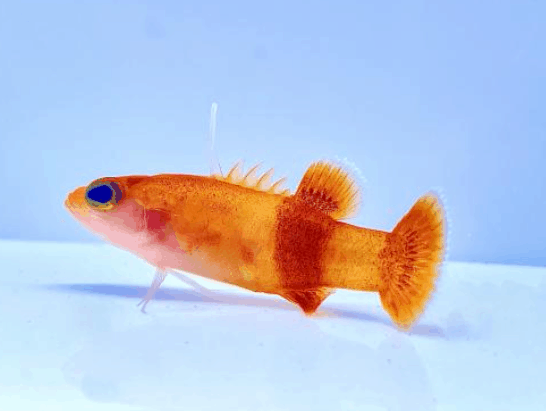 Found over 800 feet below the ocean’s surface, these rare fish are unique little creatures that are very hard to track down.

Although they’re popular among rare fish enthusiasts, Bladefin Basslets are a relatively un-studied sea creature without widely available details about their habitats or characteristics.

Still, experts say these fish live along the South Carolina coast and in parts of the Caribbean sea. As such a rare species, these fish typically sell for several thousand dollars.

Since these fish are so expensive and rare, it’s big news in the fish world when one sells. In fact, according to reports, one Bladefin Basslet sold for an incredible $8,000. 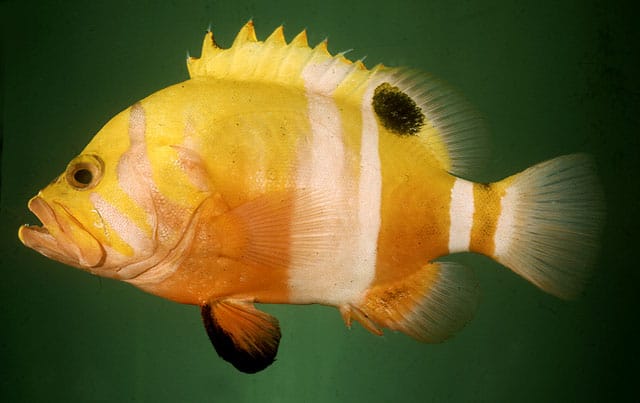 This beautiful fish is rare and expensive, but that’s not the most interesting part of its story. Amazingly, it’s more common to find frozen Neptune Groupers being sold at fish markets than it is to find them live. In these cases, the fish can actually be thawed and go on to live a happy life.

Living deep within cold, ocean waters, these fish are extremely hard to find. As a result, Neptune Grouper’s often cost more than $6,000.

Very few juvenile Neptune Groupers exist in captivity. In 2012, reports emerged that another young Neptune Grouper was added to the small captive population thanks to an aquarium in Singapore. 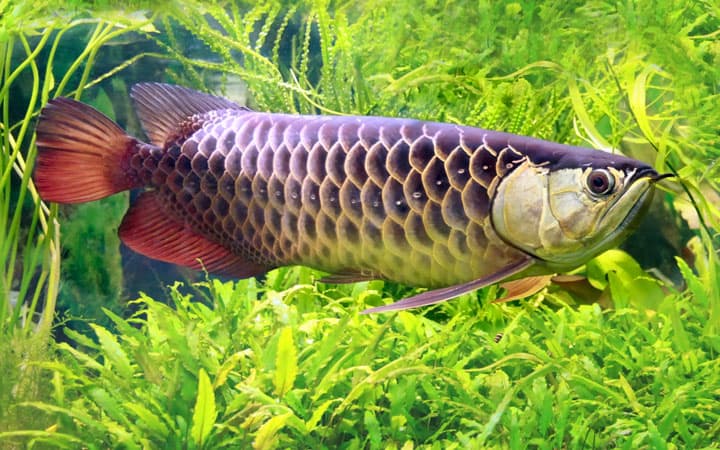 The Asian Arowana is the most expensive fish on the market.

The Asian Arowana is less rare than its Platinum cousin — but it can be nearly as expensive. In fact, these fish are so expensive and coveted among collectors that they occasionally undergo plastic surgery and enter fish beauty pageants.

With price tags of at least 10 thousand dollars, these fish can easily sell for 70K or more.

Since they’re endangered, Asian Arowanas aren’t allowed in the U.S., but they remain very popular among Asian nations where they’re often bred to develop vibrant colors.

Since Arowanas are so aggressive, they’re usually found living alone or in small groups of just a few fish.

8 of the Most Expensive Steak Dinners in the World