8 of the Most Expensive Steak Dinners in the World

The most expensive steaks in the world are primarily sourced from Japan. The legendary Kobe beef comprises the majority of the entries on this list due to how it is exclusively raised, both for quality assurance and also for value assurance.

However, Kobe is not the end-all when it comes to expensive steaks. Additionally, the kind of Kobe you buy and how the restaurant values their own creation has a huge impact on the price. The meat is just the clay – we want to find out who’s making the best works of art.

Here are the 8 most expensive steaks in the world.

The prefecture describes the region of the farm that sourced the Japanese Wagyu, which are the cows that produce the Kobe – the holy grail of steak. The “A5” is a quality grade, quite literally the mark of the steaks considered the rarest and most expensive in the world. Less than 1% of the already magnificently expensive Japanese steaks can be labeled as A5.

Rare Steakhouse, a fine-dining restaurant in Everett, Massachusetts, at the Encore Boston Harbor, has A5 Kobe on their menu for $230 for 4 oz. Each additional oz. costs $60.

The region of the cattle directly impacts the meat’s quality and price. Just on the Rare Steakhouse menu alone, A5 Ideue beef from the Kagoshima prefecture costs $195 and Wagyu bred in the United States at Snake River Farms in Idaho costs only $90. 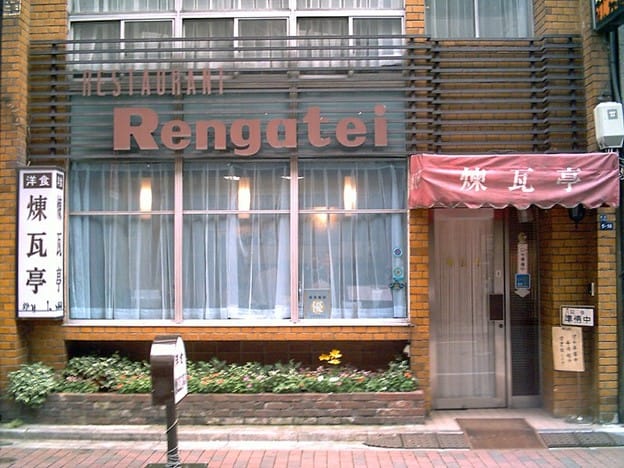 Literally in Kobe, Japan, the holy site of the world’s greatest steak production, a restaurant called Renga-tei serves the Select Special Kobe Fillet for $246. This 5.6-oz. steak is a full meal, unlike some of the entries on this list, which includes salmon, salad, and dessert. The steak itself is laid on an iron and copper grill after being delicately wrapped in Japanese rice paper.

Cattle are not actually native to Japan. Around the time rice began to be cultivated in the 2nd century AD, Chinese travelers brought cattle to Japan (known as the Yayoi period on the Japanese calendar). Japan’s isolation from the world created what is known today as the Wagyu cattle – with no possibility of foreign genes reducing the quality of the lineage, the Japanese Wagyu cows (and by extension, their beef) just kept getting purer. 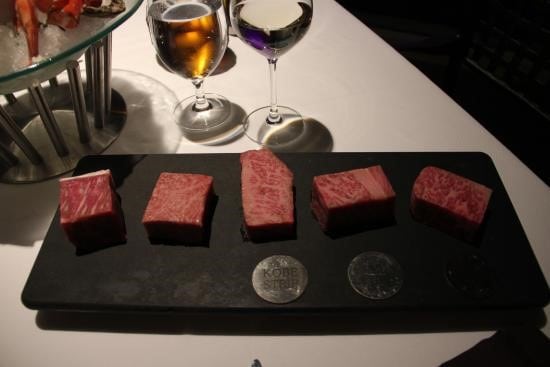 In Las Vegas, the SW Steakhouse is in on the Kobe action with a 4 oz. steak hot off the Vegas strip. Straight from the Hyogo Prefecture in Japan, the 100% pure Tajima cattle that source the beef (so they claim) are known as the most pristine in the world. You can choose between a strip, loin, rib cap, or ribeye.

As other entries on this list, this steak is sold at a 4 oz. minimum for $260. You can also pay $65 more per ounce for a larger cut, making this a potentially even more expensive meal.

True Tajima cattle are scored for their marbling and flavor characteristics out of 10. According to the SW Steakhouse menu, it only serves Wagyu rated at 8 and above, with a quality score of A5, which we defined earlier in this list. 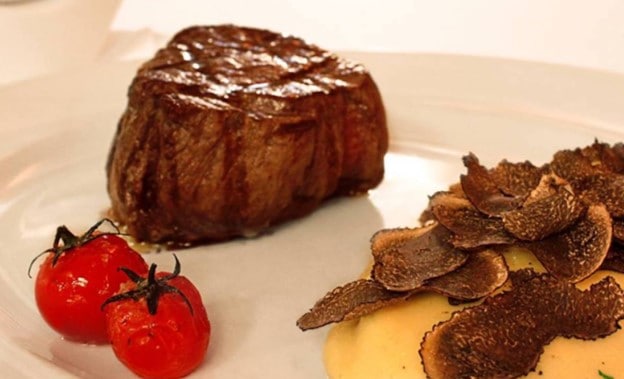 A 14.1-oz. steak made from Wagyu beef awaits the high-rolling customers of the Prime Restaurant in Sydney, Australia. Fullblood Wagyu, another exclusively sourced steak from Japan, is bred by David Blackmore in Victoria. He’s known as Australia’s authority on the meat. The restaurant claims that this steak is exclusive to the restaurant, with an unheard-of 9+ quality score.

They serve a fillet as well as a Wagyu Chateaubriand, which will cost you $295. Keep in mind that this is a 14.1-oz. steak for two (or one hungry rich person!).

If you’re shopping for the most expensive steaks, you may come across the terms “fullblood” and “purebred” and not realize the difference. Here it is in a nutshell: a Purebred Wagyu cow is said to have at least 93.75% genetic lineage from Japanese Wagyu herds. A Fullblood is 100% Wagyu. 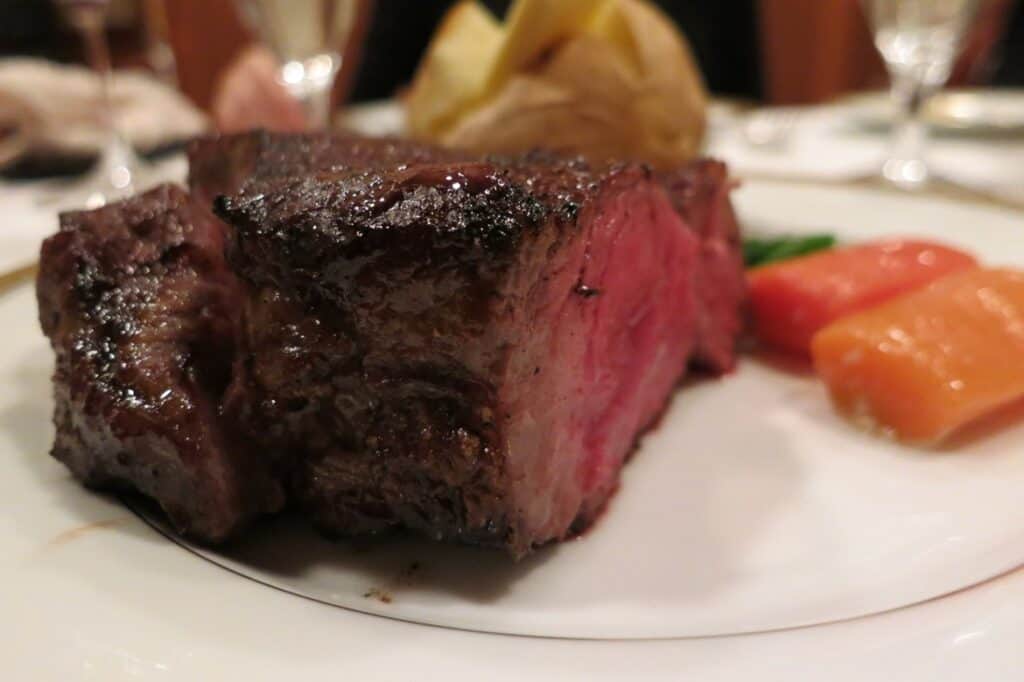 Nestled deep in the Shinbashi district of Tokyo, with almost no fanfare, the Aragawa restaurant serves one of the most expensive steaks in the world. This minimalistic restaurant sources Kobe and Tajima beef and serves the steak charbroiled with garnishes – this is the only dish on the menu!

All they do is rub it with pepper and mustard before lighting the charcoal, letting the meat speak for itself. And based on the results, it practically sings. It comes with a pre-appetizer course called 一口のお楽しみ (it translates to, “A bite of fun”), an appetizer (sauteed foie gras or linguine with caviar), the steak, a salad, dessert, and coffee or tea. It all costs 36,300 yen per person, which is about $330.

When we said Aragawa is hidden, we meant it literally. Only people who know where it is could even hope to find it – the restaurant is in a flat in the basement of an office building in a crowded business district, at the end of a long, unglamorous, barely-lit hallway. It’ll be like wandering into a drug trade, but we swear. Somewhere in there is your delicious steak. 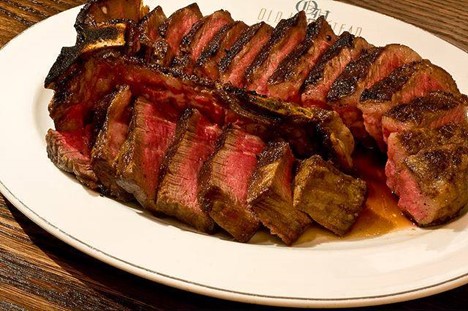 The Old Homestead Steakhouse is one of the oldest in New York City. They sell 12 oz. of prime Kobe beef, prepared like a New York strip steak but tender beyond belief. These cows aren’t even allowed to graze, which would help them develop muscle. Instead, they are kept weak and supple, which leads to unbelievably tender, marbled meat.

This steak meal may have a $350 price tag (or $175 for the 6 oz. version), but the Old Homestead still sells about 60 beautiful Kobe strips a month.

Due to a series of bans and investigations, Kobe beef is only allowed into the United States in extremely small quantities and no Kobe beef cows are raised outside of Japan. Therefore, ordering Kobe at any American restaurant is financially risky since it’s more likely to be crossbred or a lesser cut called, “Japanese Wagyu.”

The show, Inside Edition, claimed that the steaks at the Old Homestead were fake Kobe. The restaurant claimed they were genuine imports. Regardless of who is right, the price tag remains! 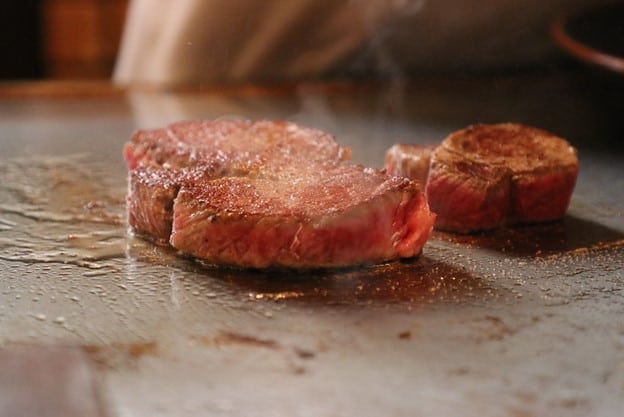 We’re back in Japan for this entry, at the award-winning Bifteck Kawamura, specifically the Premium Kitashinchi restaurant in Osaka. This steak place sells a 5.3-oz. steak of “Highest Award Winning Kobe Beef” for 43,450 yen, which is about $395. The meal is served with dipping sauces and several seared vegetables.

Bifteck Kawamura sources its meat from award-winning events like the Kobe Beef Fair, where only the most pristinely kept cows are shown (and only the most exclusive restaurants can make the grade). At any given time, only 3,000 cows in the world are certified to be Kobe Beef quality. And zero of them live outside of Japan.

Whether due to actual quality or just the appearance of exclusivity, Bifteck Kawamura does everything it can to make sure its customers leave thinking that they paid a bargain price, despite dropping $400 on a steak. They present the meal with the cow’s actual ID number from the fair, as well as a certificate of its authenticity as Kobe-quality beef. 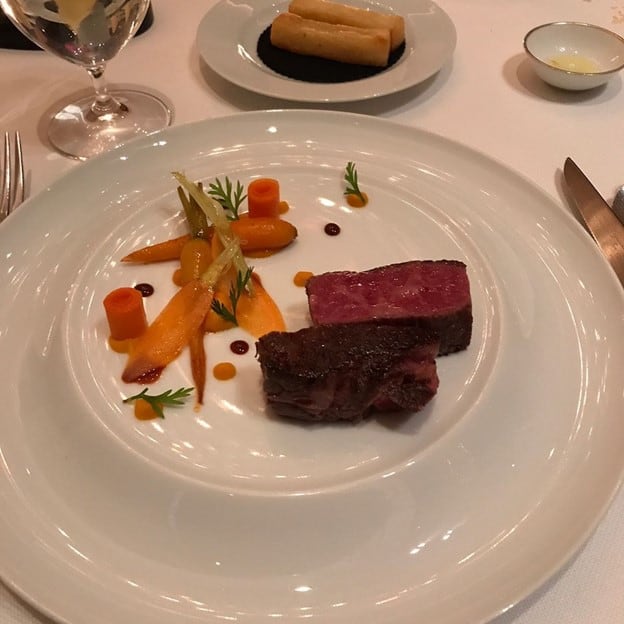 The most expensive steak is the Millesime Cote de Boeuf. The meat from this steak is sourced from the Polmard Boucherie in Paris, a farm where the cows’ stress levels are carefully monitored to prevent the meat from “spoiling.” This steak meal is served as a special chef’s menu at the Caprice restaurant in Hong Kong, located inside the Four Seasons hotel. This restaurant was awarded three Michelin stars in 2019 to prove its worth and it needs it – to pay $700 per person for a steak, people need some assurance.

Polmard’s rare, Vintage 2000 beef is incredibly lean, slightly acidic, and mind-alteringly tender. It has practically no fat or marbling and the expectation is that you can eat this incredible meat using only a fork.

The $700 price tag of this steak is a bit of a trick. The ultra-luxe meal at Caprice comes with more than just the steak – you also get to sample thin-sliced rump steak with autumn truffles, the finest Oscietra caviar, and beef tartar garnished with Laphroaig whiskey. However, that phenomenal steak is the restaurant’s star, and we’re assuming it would still be the most expensive steak here even without the sides. Remember, it’s one steak, and $700 per person.

Amazingly, Kobe beef didn’t take the top spot on this list of the most expensive steaks in the world. M. Polmard has secured that honor (for now). Unlike other lists of the world’s most valuable items, such as engagement rings that cost over $10 million, a steak that costs a few hundred is actually in the range of many normal people, even if it’s a once-in-a-lifetime splurge. Use this list to guide your bucket list to the best steaks you’ll ever eat.

11 Most Expensive Colors of Granite You Can Buy