Along with dogs, cats are some of the most popular pets in the world. Official organizations recognize between 42 to 71 breeds of cats, but there are dozens more experimental or regional breeds that exist. Of course, some cat breeds are rarer and more expensive than others. In general, the most expensive cat breeds are hybrids that descend directly from exotic wild cats. Other expensive cat breeds include those that have special coats/characteristics and are born through extensive selective breeding. Overall, the cats on this list can cost thousands, even tens of thousands of dollars up front. Additionally, some of these breeds require more care than the average domestic cat and can be quite expensive to keep. 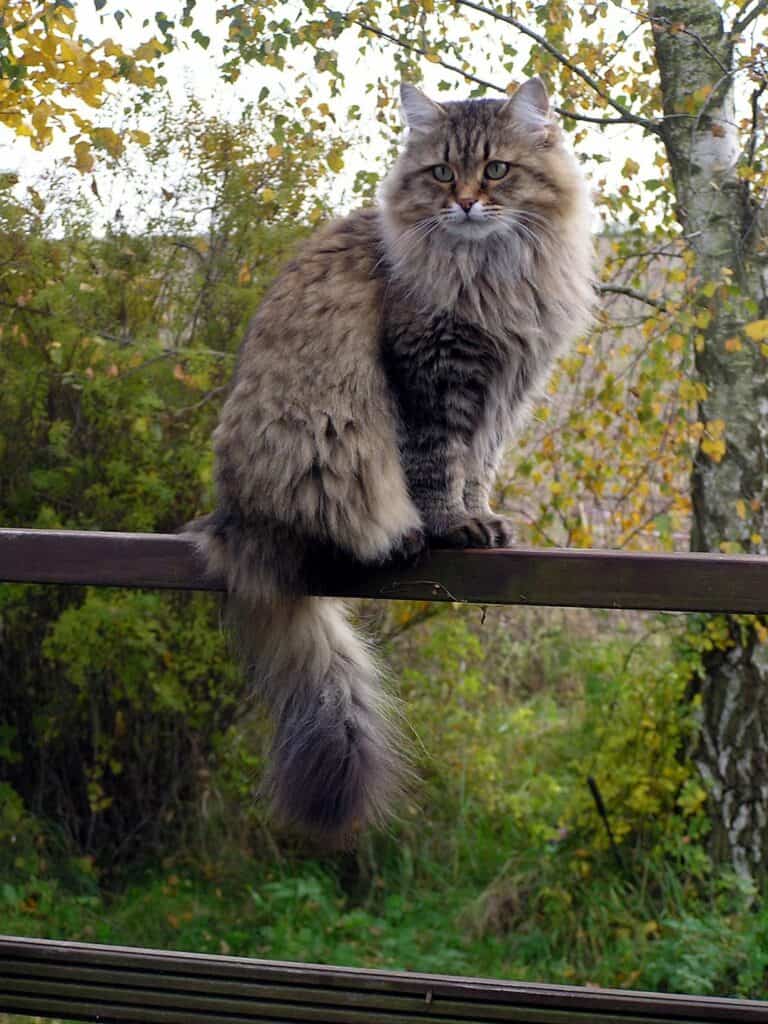 Siberians, formally called Siberian Forest Cats, are a native breed of cat from Russia. Eventually, Siberians were domesticated and formal breed standards were implemented in the 1980s. Siberians are quite big and much sturdier than other domestic cat breeds. They’re agile jumpers with strong hindquarters.

The breed is known for its long, thick coat, which is made of three layers: a shorter, dense undercoat of downy hair (the hair closest to the skin); a layer of slightly longer “awn hair” in the middle, and an even longer outer coat layer (called “guard hair”). Siberians can come in any color or pattern.

As an ancient cat breed, Siberians are now considered the ancestors of all modern long-haired cats. 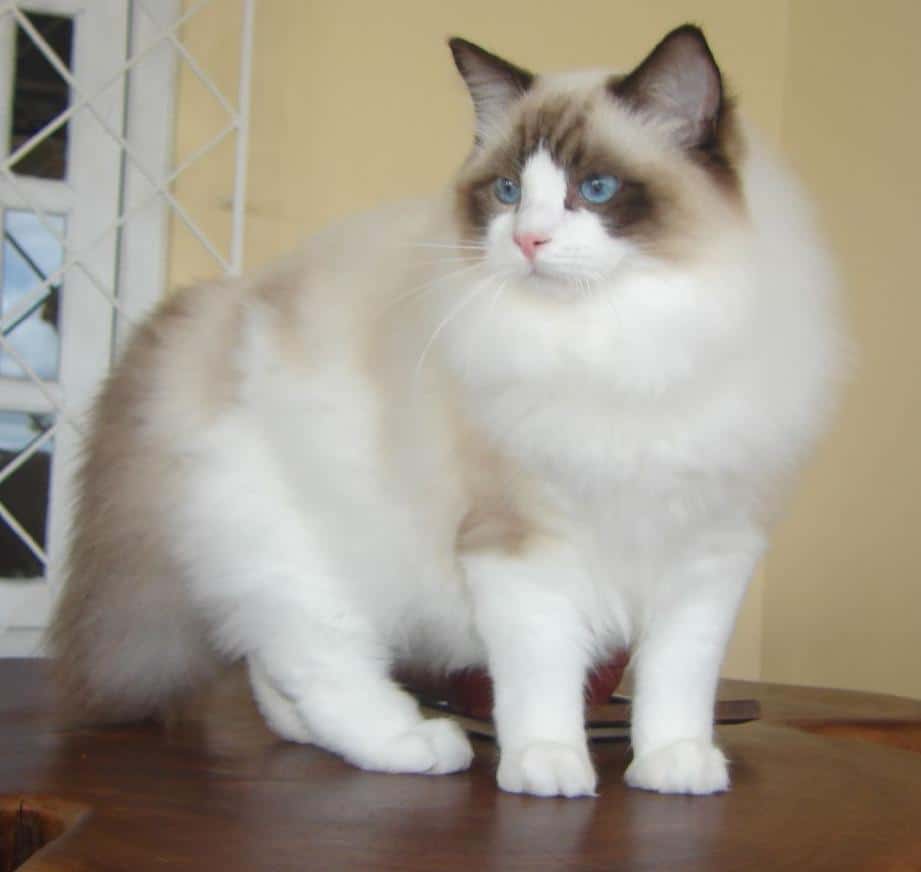 Ragdolls are commonly called ‘dog-like cats’ or ‘puppy-like cats’ because of their tendency to follow people around, their ease when physically handled, and their relative lack of aggression toward other pets. 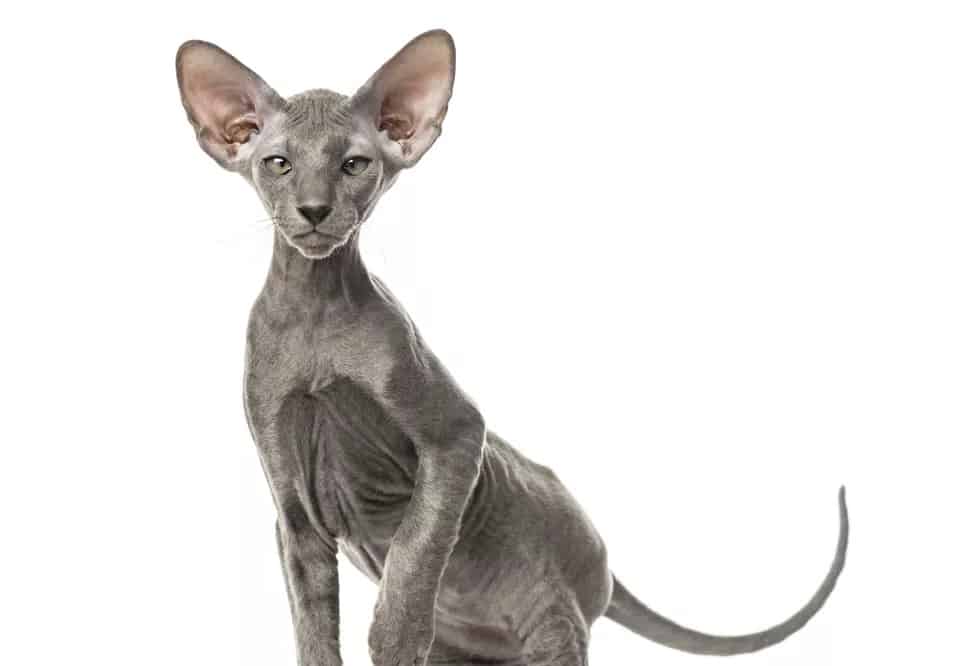 Peterbald is another expensive breed of hairless cat. The breed looks similar to the Sphynx, but originated from Russia in the 1990s. A Russian breeder named Olga S. Mironova crossed an Oriental Shorthair cat with a Don Sphynx (or Donskoy) cat. The first two litter produced four Peterbalds, which became the founders of the breed.

After being introduced, Peterbalds quickly became popular in the their home city of St. Petersburg. Outside of Russia, Peterbalds are still fairly rare, but they are now recognized by by the Cat Fanciers’ Association (CFA).

Peterbalds have long front toes with webbing, which allows them to hold and manipulate toys and other items. 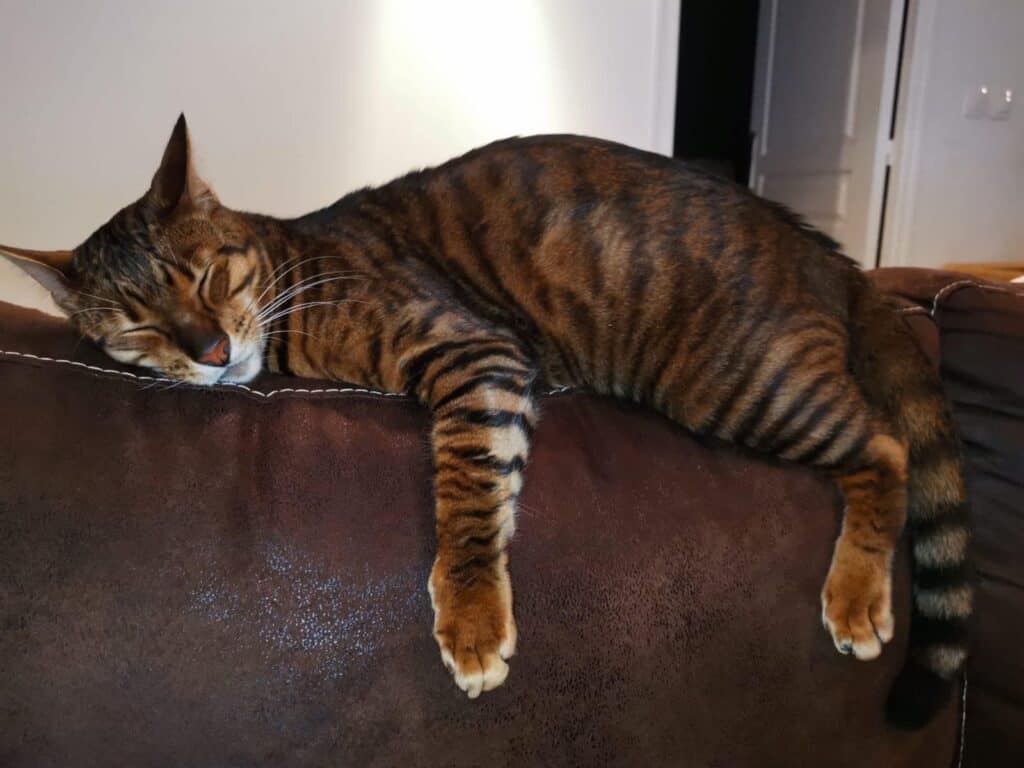 The Toyger, or “toy tiger” was first created by Judy Sugden – the daughter of Jean Mill, the original breeder of the Bengal cat – in the 1980s. Sugden was looking to find the difference between the mackerel markings ( tiger-striped with an “M” pattern on the forehead) in tabbies, when she noticed one of her tabbies had two spots on its head similar to markings on a tiger’s head.

Toyger’s are known for their striped coats, which look similar to a tiger’s.

The creator of Toygers, Judy Sugden, said that she developed the breed to inspire people to care about the conservation of tigers in the wild. 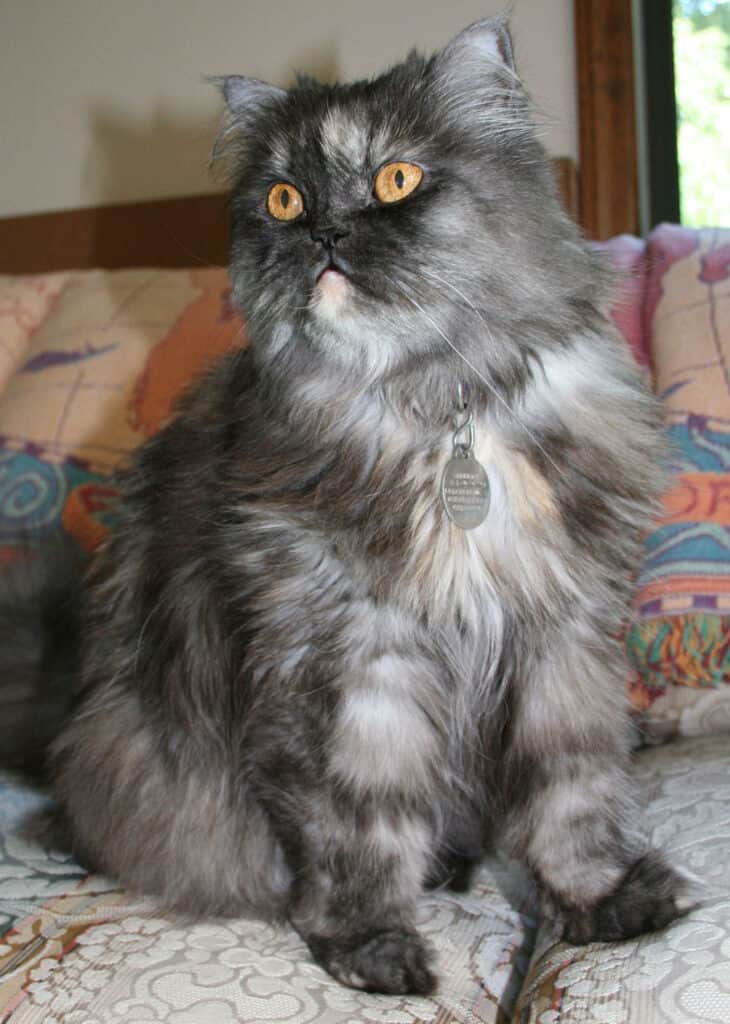 Persians are one of the most popular breeds of long-haired cats in the world. They are prized for their elegance, glamour, and calm nature. As their name suggests, Persians originated in Persia (now modern-day Iran) and Turkey. Persians made their way to the West via Europe in the 1600s as valuable trade items. Modern Persians are descended from these first Persians that were brought to Western Europe.

Today, there are two main types of Persians: traditional Persians or the original breed and modern Persians, which have extreme breed standards. Due to selective breeding, modern Persians tend to have flat faces. Although this look is preferred by cat fanciers, the unnatural flat faces cause a number of health problems.

In 2021, Persian cats were ranked as the fourth most popular cat breed in the world according to the Cat Fanciers’ Association. 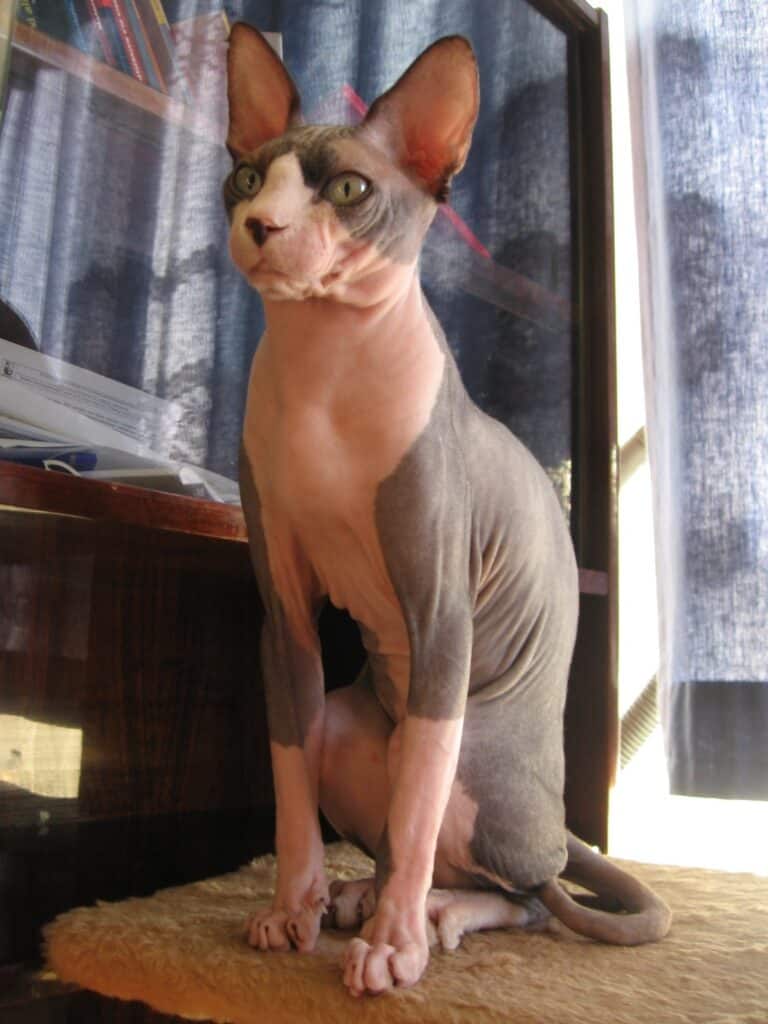 The Sphynx, aka the hairless cat, might not be the most popular or best looking breed, but they are incredibly unique. The modern Sphynx traces its history to Canada in the 1960s. These hairless cats were selectively bred from cats with a random genetic mutation leading to hairlessness. Eventually, consistently hairless offspring were produced and the Sphynx was born.

Many people think that Sphynx are low maintenance cats because they don’t have hair, but they are actually quite difficult to care for properly. Since Sphynx don’t have hair, their body oils build up on their skin and they need to be bathed weekly or bi-weekly. Their skin also needs to be protected from the sun and various weather conditions.

Despite being hairless, Sphynx are not necessarily hypoallergenic because allergies to cats are triggered by a protein called Fel d1 found in saliva and sebaceous glands (directly located on skin), not cat hair itself. This means that Sphynx cats can actually trigger more severe allergic reaction to those that make direct contact with them. 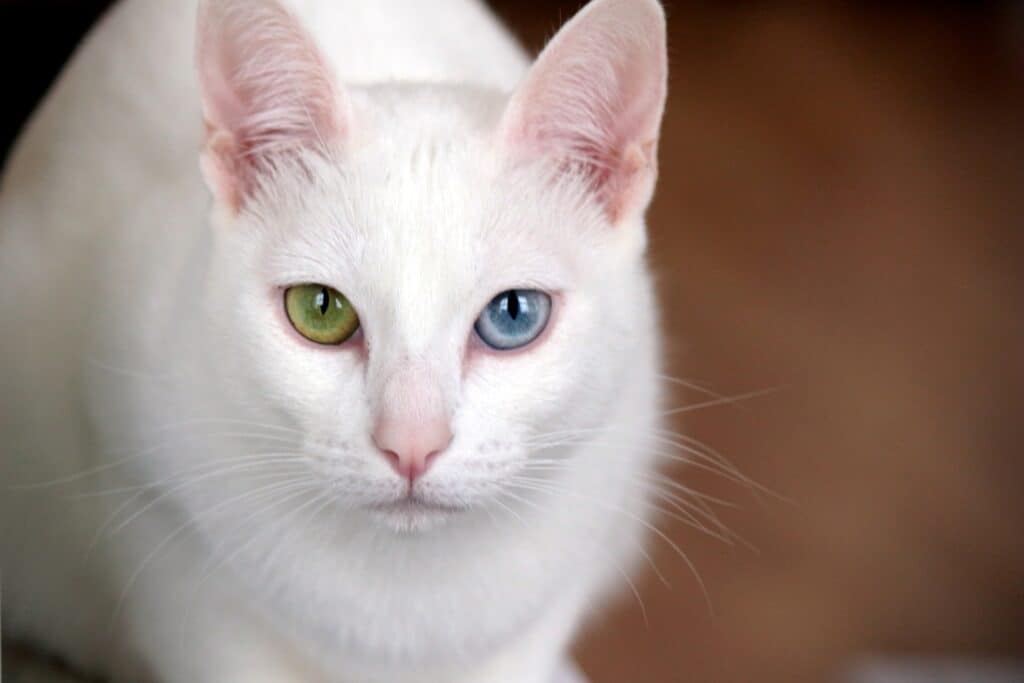 Khao Manee or Khao Plort is a rare breed of cat from Thailand. These cats are known for their pure white coats. Khao Manee can have blue eyes, gold eyes or odd-eyes with one of each color. Odd-eyed Khao Manee are rare and considered very lucky in Thai culture. While the Khao Manee is well known in its home country, the breed is fairly scarce outside of Thailand. However, over the past decade, more people in the West have become interested in the Khao Manee. In 2018, the Khao Manee was granted acceptance into the Cat Fanciers’ Association, the World’s Largest Registry of Pedigreed Cats.

The Khao Manee is one of the ancient cat breeds of Thailand, first mentioned in the Tamra Maew, also called the Treatise on Cats or Cat Book Poems, from 1350 CE. It is believed that the Tamra Maew might have been an early book of breed standards. 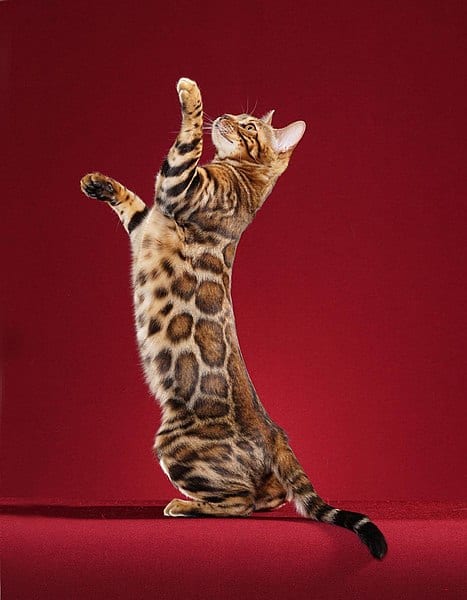 Bengals are another exotic hybrid cat that comes with a hefty price tag. The cats were first bred in the 1970s by Jean Mill of California when she crossed an Asian leopard cat, a small wild cat, with a black California tomcat. While Mill is credited with first creating the Bengal, Greg and Elizabeth Kent also developed a line of Bengal cats by crossing African leopard cats with Egyptian maus.

One of the things that Bengals are known for are their beautiful and unique markings. Their wild ancestry has resulted in golden shimmery coats and pronounced markings like large spots, rosettes, arrowhead markings, or marbling. Although Bengals are sought after for their beauty, they are not a breed for novice cat owners. Bengals are incredibly energetic and needs lots of play, exercise, and attention. 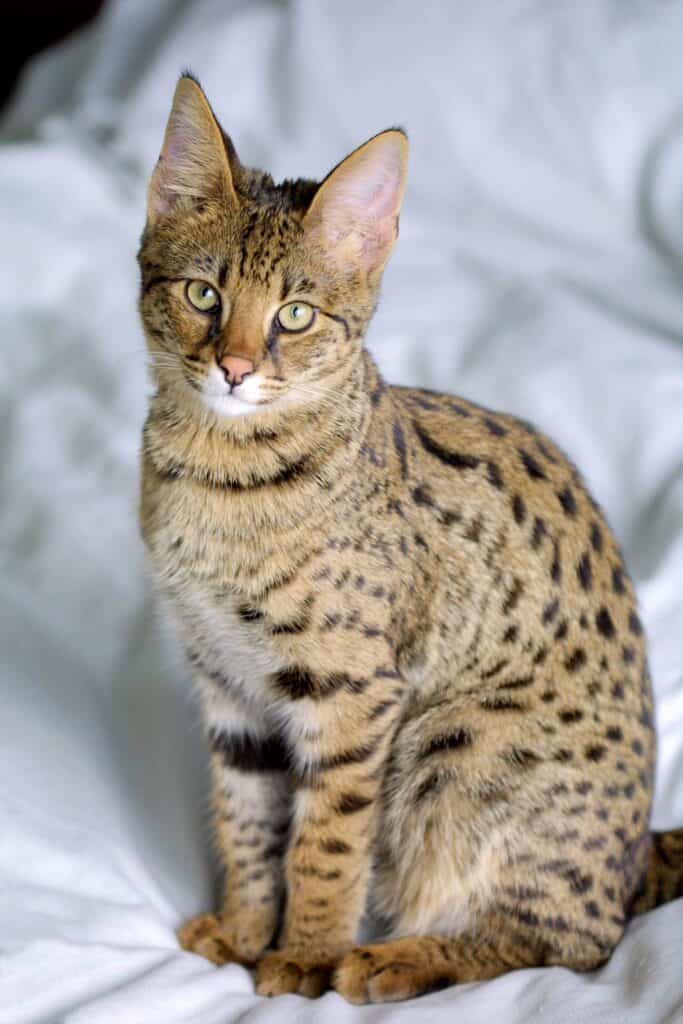 Savannahs are really popular designer cats. They were first bred in the late 1980s as a cross between an African serval – a medium-sized, large-eared wild cat – with a Siamese domestic cat. Since then, Savannahs have increased in demand due to their exotic looks. They look just like a mini wild cat. Due to their lineage, Savannahs are actually the largest domestic breed and can weigh up to 25 pounds and stand 14 – 17 inches tall.

First generation Savannahs are the most expensive because they’re directly descended from a wild serval. Later generations are less expensive, but still cost thousands of dollars.

Due to their lineage, Savannahs are a pretty rare breed and some states, including Hawaii, Massachusetts, and Georgia, have banned Savannahs because of their hybrid status. 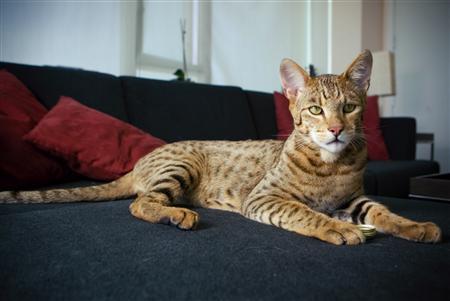 When they were available, a single Ashera could cost between $22,000 – $125,000, making it the most expensive cat breed in the world ever. Yes, you read that right, Ashera cats are no longer available because the company that created them, Lifestyle Pets, was shut down in 2010. A few years earlier, in 2007, Lifestyle Pets unveiled the Ashera to the world. The company said that the Ashera was a mix between an African Serval, an Asian Leopard and a domesticated cat. The Ashera’s biggest selling point of the Ashera was that it is hypoallergenic and looked exotic.

Ashera cats are sterile, so the only way people could get one was to buy it from Lifestyle Pets. This is also the reason why no new Ashera cats exist.