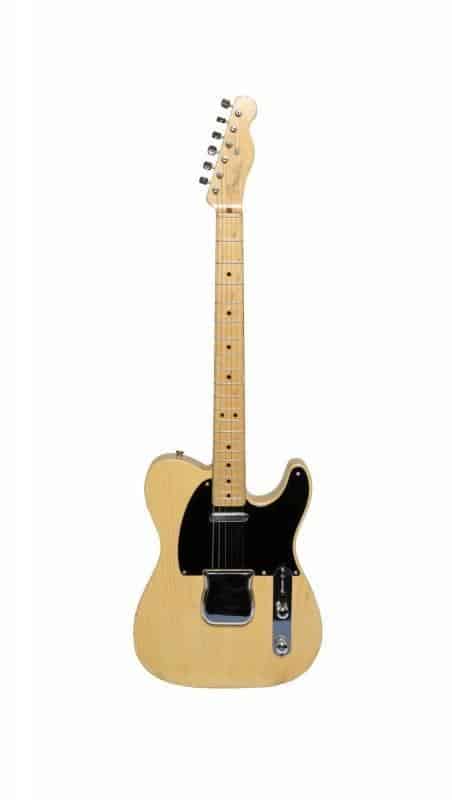 After a request from the The Gretsch Company, which offered a drum set named “Broadkaster”, Fender decided to shave off all of the Broadcaster logos from the remaining guitars in the following year. Until late 1951, when the guitars received their new name, Telecaster, only the Fender logo was present on the guitars sold that year. Only about 475 Fender NoCaster guitars were produced and one sold at auction for $225,000 in 2012. 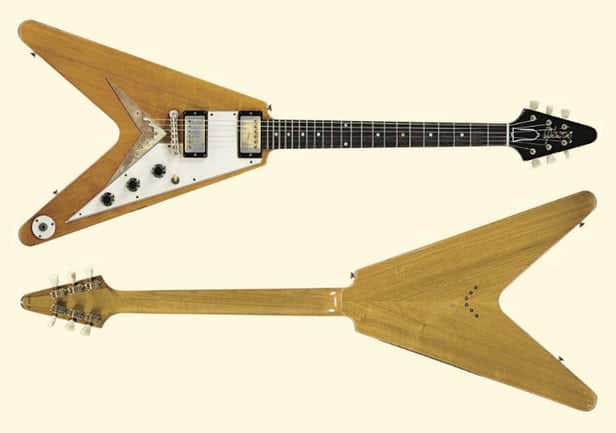 In 2009, a 1959 Gibson Flying V was sold for $182,500 and typically Flying Vs in mint condition sell for more than $100,000. According to J. Levine Auction & Appraisal in Scottsdale, Arizona, the Gibson Flying V failed because its design “was too radical for the people of the era.”

In 2012, one of the rare early electric guitars created by Bigsby was sold at auction for $266,000. The guitar was the fourth 1949 Bigsby Birdseye Maple Solid Body ever made out of a total of 23 guitars. The guitar came with its original case and was also verified as authentic.

According to the auction listing, this 1949 Bigsby Maple Solid Body was the same guitar pictured on the cover of the Bigsby brochure and catalog. Paul Bigsby is credited with creating the first successful vibrato tailpiece aka the whammy bar. 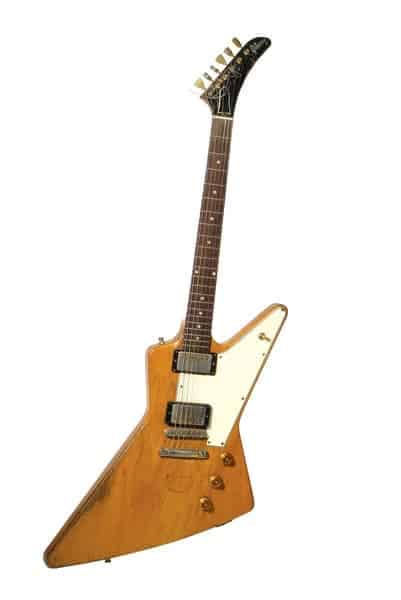 The 1958 Gibson Explorer is one of the rarest electric guitars that Gibson ever made simply because no one really wanted them when they first came. Only about 19 Gibson Explorers were made in 1958 and Rick Nielson of Cheap Trick believes he is the only person in the world to own two of these rare guitars.

A 1959 Left-handed Gibson Les Paul Standard Sunburst was sold for $194,500 and is one of the rarest electric guitars because only two were ever made. This rare left-handed electric guitar used to belong to tennis star John McEnroe and was on featured with McEnroe on the cover of a 2009 issue of Guitar Aficionado.

There was some speculation that this 1959 Left-handed Gibson Les Paul Standard Sunburst was a fake, but the experts at Heritage Auctions deemed the guitar authentic. The guitar was part of a consignment of instruments and equipment from the United States Marshals Service, with profits from the sales benefiting victims of the Aspen Energy Oil and Gas Investment Scheme.

By their very nature, anything labeled as a prototype is incredibly rare and the first two Vox V251 Guitar Organ prototypes are some of the rarest electric guitars ever produced. The V251 Guitar Organ was invented by Vox’s lead engineer Dick Denney in the early 1960s. As its name implies, Vox’s Guitar Organ could be played as a guitar or an organ, separately or combined. 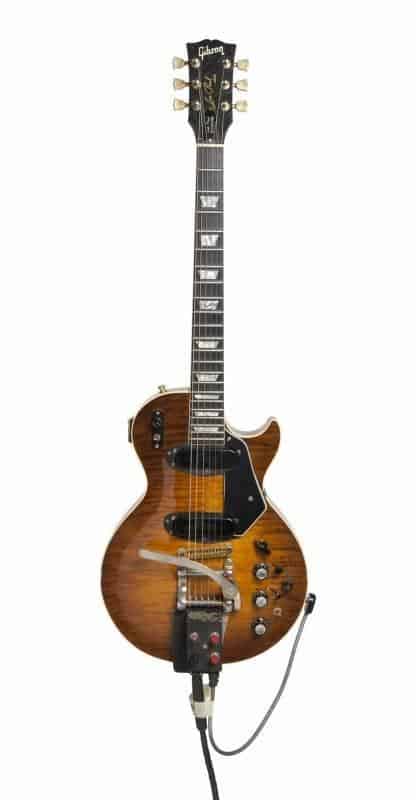 Interestingly, of all the guitars that Les Paul ever made, the Recording model was his favorite. The Recording model never sold well, with only a couple thousand ever purchased. It was only in production for about eight years and besides Les Paul himself, only musician Jimmy Page is the only other known famous artist to own a Recording model. 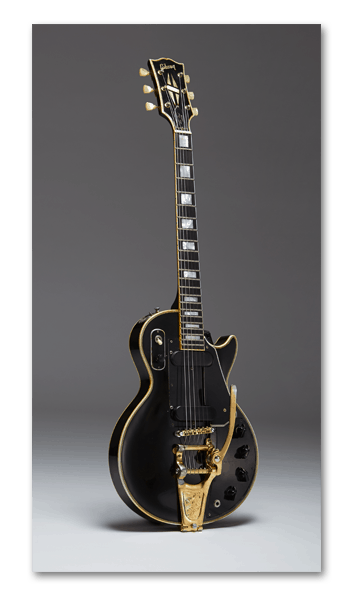 The original Gibson Les Paul from the 1950s, which was called “Black Beauty”, is considered the “holy grail” of the electric guitar world. It was the very first of Gibson’s famous Les Paul model guitars and served as the model for all the later models in the line. Black Beauty was personally owned and worked on by Les Paul himself and is truly one of a kind, making it the rarest electric guitar in the world.

In 2015, Black Beauty was sold at auction for $335,500 by its owner at the time, Tom Doyle, who was Les Paul’s guitar tech, friend, and sound man. This rare electric guitar was purchased by Indianapolis Colts owner Jim Irsay.

10 Rarest Fish in the World