A savvy fish collector looks for the rarest Betta colors because they know how precious they can be. There are 47 species of betta, some of which are incredibly rare. Adding to their rarity, betta fish don’t tend to live long, making the most desirable colors all the more enticing to collect.

Dealers often have a variety of betta colors. However, local suppliers may be a better bet to find the truly rare shapes and colors of the most sought-after bettas. If you’re looking for something a bit more coveted than the standard red, blue, and yellow variants, check out these 8 rare betta colors. 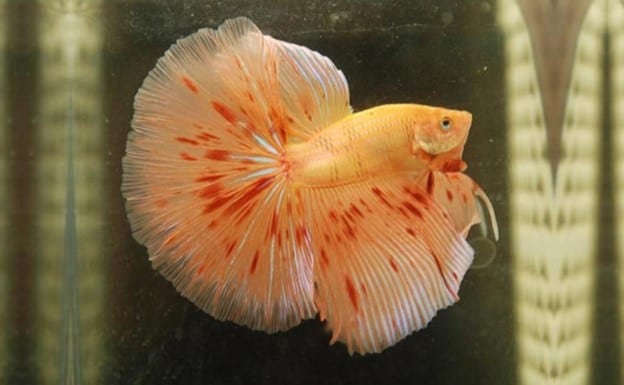 Orange bettas come in many sub-varieties and are generally first on a collector’s list to find rare betta fish that aren’t impossible to locate. The Orange Dalmatian color scheme is the rarest of the oranges, featuring a paler orange body with dark orange spots speckling the fins.

The reason this coloration tends to be rarer is that orange Dalmatian bettas don’t usually breed true. Enthusiasts with the patience to try and breed rarer bettas have a chance of getting an Orange Dalmatian from a Red Dragon and solid orange betta, but it may take some time to get it right.

Some betta fish collectors call the Orange Dalmatian betta an “Apricot Spots.” This is because the bright color of the spots informs them how pure the fish’s “dalmatian heritage” is. 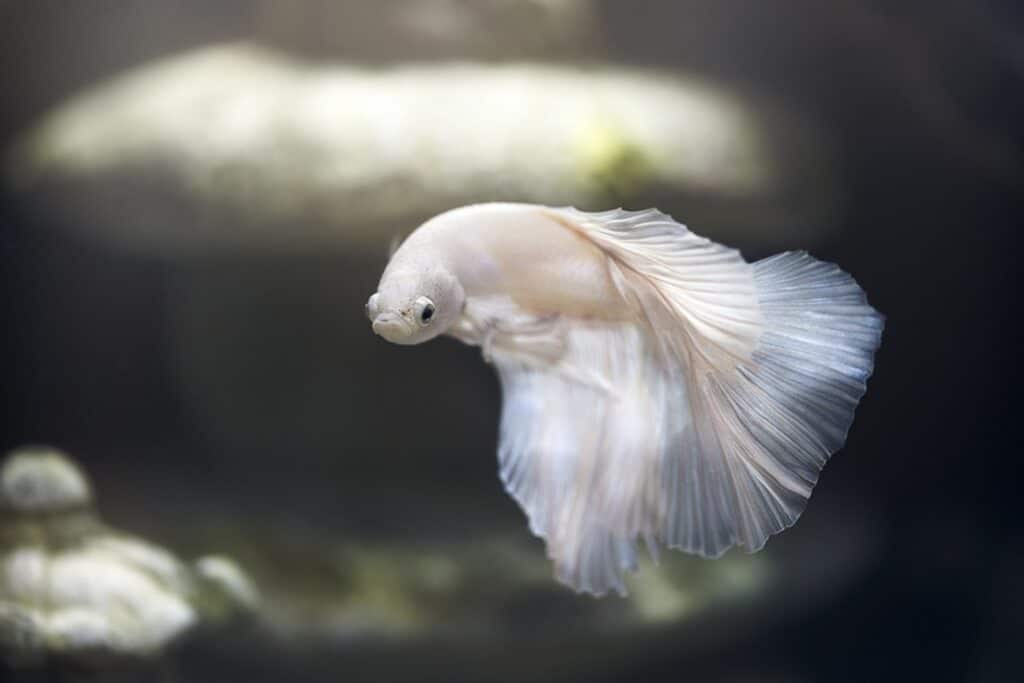 Not to be confused with albino bettas (see MUCH later in the list), white betta fish have an opaque white body (not pink). They are most coveted for the fact that their color makes the crinkles of their fins and scales shine more clearly in tanks, making them like little jewels in your display.

As with many betta fish, subjective customer demand determines rarity in this case as much as natural rarity. Since so many pet store patrons want bright, common colors like red and blue, white bettas tend to be less frequently bought. Over time, this has made them more coveted by collectors, who look for white or “opal” bettas to set their tanks apart.

White opal bettas are considered among the most intelligent and active breeds. They are known for recognizing their owners, interacting with them, and patrolling their tanks with curious intent. Some can even be trained to do simple tricks! 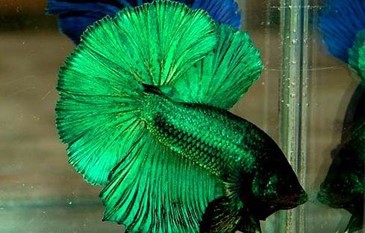 Green betta fish are pretty mysterious. Most often, the green coloration reveals itself as a light turquoise that inexperienced collectors can mistake for the rarer varieties. For these semi-rare bettas, you can see glimmers of green beneath their darker outer colors.

The pure green bettas coveted by enthusiasts and considered the rarest are the bright and dark green bettas that actually appear green even in normal light. If you can find a betta that looks jade-green all the time, you’ve made quite a find.

Betta collectors often bring lights with them to breeders and stores to see the secret lineages of some of the rarer bettas. To see the green genetics, they look for shimmers of green behind these lights.

Of course, if they can see the green with no light, they’ll already be making the sale. 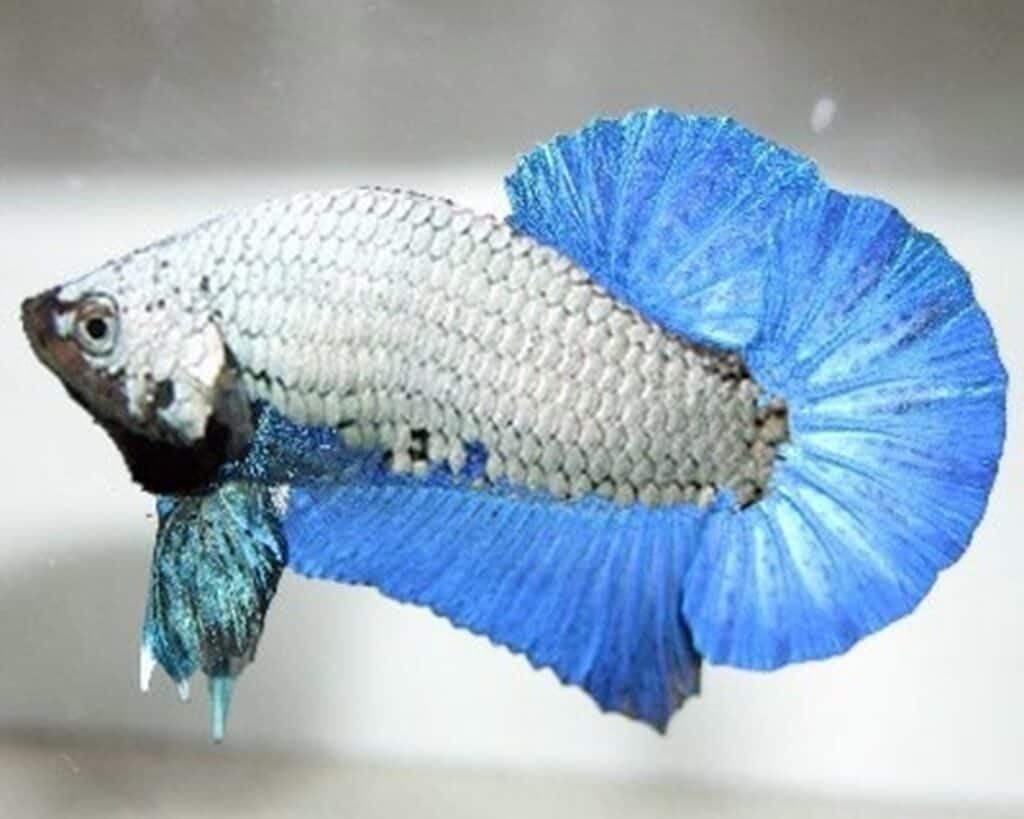 We mentioned that blue bettas are pretty common. This isn’t true for a special variant called the True Blue Dragon betta, which is gruelingly difficult to breed perfectly. If you can find a pure or true one, people may not even know what they’re worth because of how infrequently they’re seen.

True Blue Dragon bettas can be identified by a white dragon scale body, with fins that are dark royal blue, bleeding out a little onto its lower body. True dragons are also marbled.

The “dragon scale” pattern on these bettas is the result of generations of selective breeding. The iridescent color layer of the betta’s fins and normal scales can be mixed through breeding as well. The scales or “dragon gene” have to be bred explicitly. Since the scales grow on the iridescent skin layer, the scales themselves can never be blue. 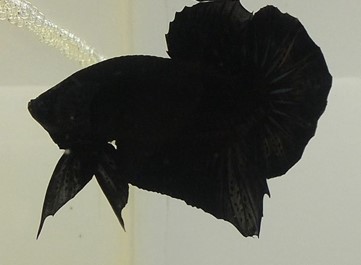 Female black bettas have fertility issues, meaning that the pure black males tend to mix with other colors. A pure black female betta, especially a fertile one, is one of the rarest betta fish you can buy.

These mixes may appear black, but they often have a colored shimmer that can be seen on the edges of their scales that makes it less than pure black. Pure black bettas, especially fertile females, are the truly rare finds. They are so black they seem to absorb the light in the tank. 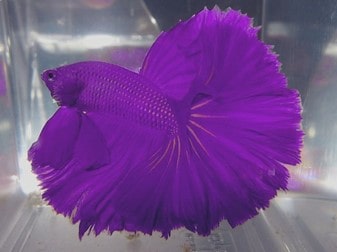 Now we’re getting into the truly rare bettas, the ones that some collectors don’t even believe exist in their true, or pure, forms. While many bettas contain mixes of purple hues and may appear purple, a true purple is in another class of rarity.

Since purple isn’t a natural betta color, it only results from breeding red and blue bettas. If the mix is uneven, even slightly, you’ll see purple bettas with a light red tint. Alternatively, when you shine a light on it, you’ll see the vibrant blue of a Royal Blue betta instead. True, pure purple bettas are rare enough to have their existence doubted. They look purple in any light.

There are many sub-breeds of purple bettas other than the pure purple betta. These include Purple Gas, Purple Salamander, and Purple Popsicle bettas. Royal Blue bettas can cross with each other to produce these apparent purple hues, especially when the parents are highly iridescent. Pure purples are unmixed and do not shine red or blue. 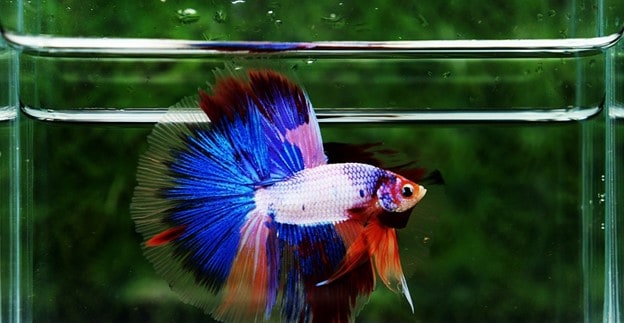 Thai bettas have a color pattern that makes them look like Thailand’s national flag. They are a mix of white, blue, and red, with solid blue bodies and a multicolored outline. They can have patches of white on their body as well.

True Thai bettas are intensely colored, with sharp edges around their body that signal to knowing collectors that they may have found a pure one.

In 2016, someone bought a true Thai betta fish for over $1,000, only increasing the perceived value of these desirable variants. 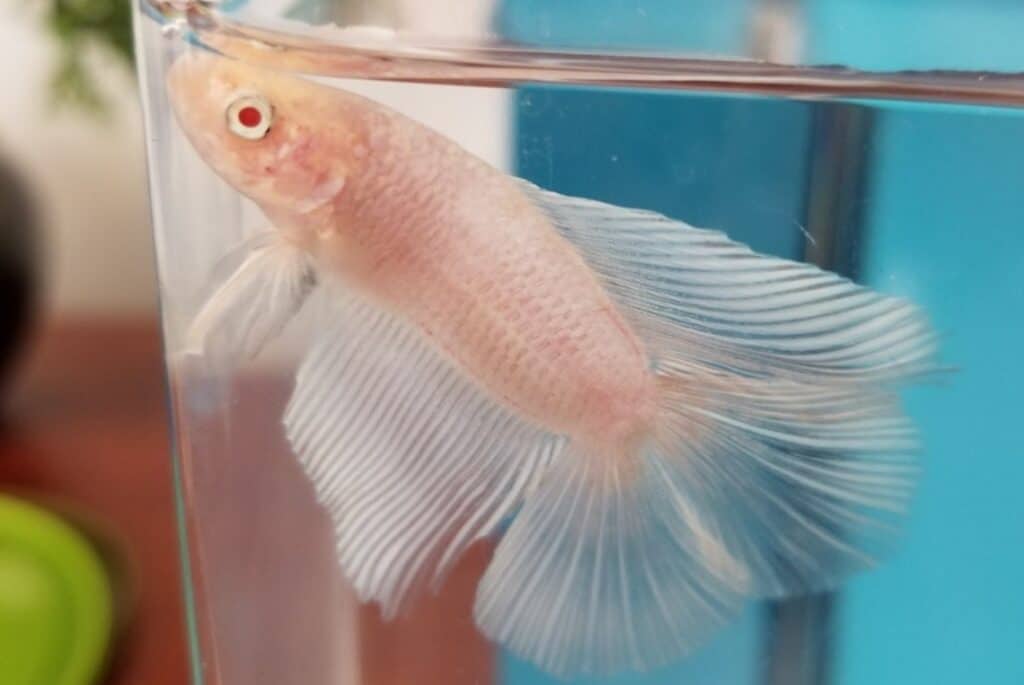 The rarest betta color in the world is the albino betta. It’s rare to the point that like pure black bettas, many collectors don’t believe they exist. When albino bettas are reported or put up for sale, astute observers almost always identify them correctly as clear, cellophane, or white bettas. These are all lovely fish to display in a tank and aren’t extremely common. But they have nothing on a true albino.

True albino bettas, unlike white bettas, have pink or red eyes. The complete lack of pigmentation in their scales and fins gives them clear scales and pink skin. True albinos would also be so lacking in skin protection that light shines through their bodies. Even their organs and muscles can be visible in the right light.

Albino bettas are at a huge disadvantage in the wild due to their lack of pigmentation. They tend to be blind and develop skin cancer due to the UV rays of the sun singing their poor fish bodies. Mutations and other various health issues plague albino bettas and make them even more difficult, even impossible, to find. 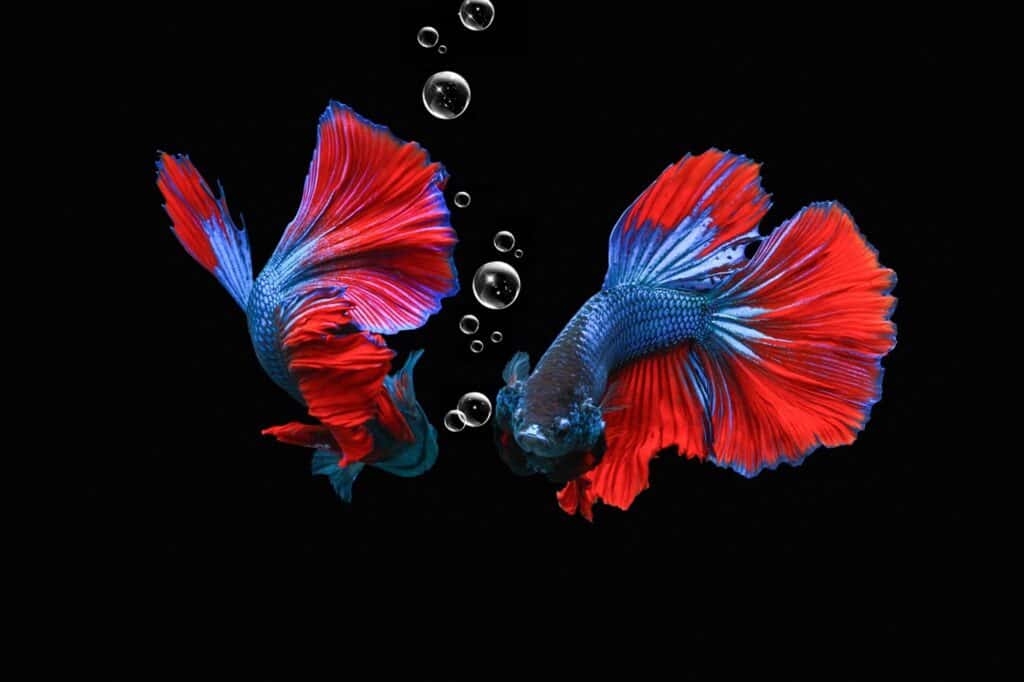 Betta fish attract avid enthusiasts looking for the rarest colors. Their short lifespans make the rare colors even more desirable and fleeting. Some of these colors occur naturally and through careful breeding while others are rare mutations that in their pure form reduce the fish’s lifespan so much that they’re nearly impossible to find.

And some may not even exist. Many collectors deny the purebred forms of some of these mythical collector’s pets. If acquired, they can fetch thousands of dollars, or dot the tanks of their passionate collectors with the crown jewels of the betta crop.

9 Rarest and Most Expensive Chess Sets