Animals are loved by nearly everyone in the world, yet humans are the biggest threat to their survival. Every single one of the animals on this list is not only rare, but also critically endangered or “just” endangered. The low population of these rare animals is primarily due to habitat loss, hunting, or accidental death caused by human activities. While conservationists have successfully bred some of these animals, others are not so lucky and are on the brink of complete extinction. Hopefully, with more awareness, including the information on this list, we can see some of these rare animals recover in the future.

As of September 2019, the information about the population estimates of these animals is as accurate as possible and will be updated as needed in the future.

Estimated Number of Mature Individuals: 300 to 400 in the wild; many bred in captivity and released to the wild each year
Location: Arizona, Wyoming, South Dakota, and Montana, USA; previously native to the Great Plains of North America
Current Conservation Status: Endangered
Scientific Name: Mustela nigripes 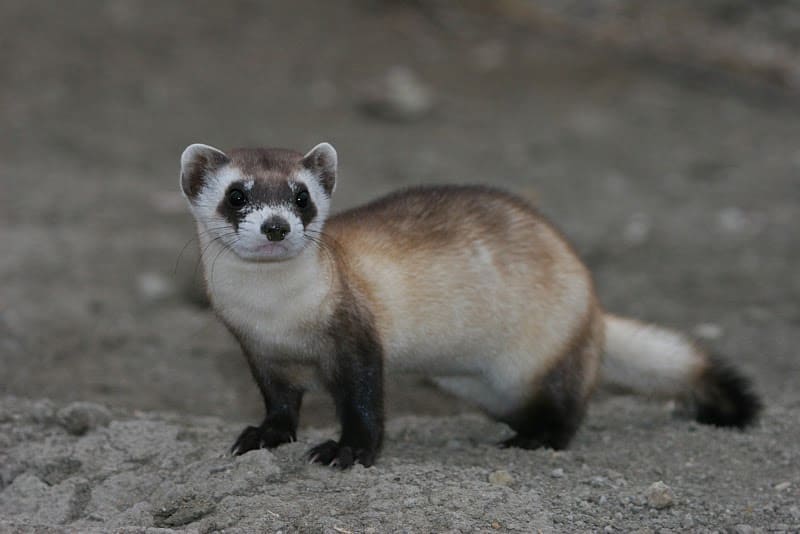 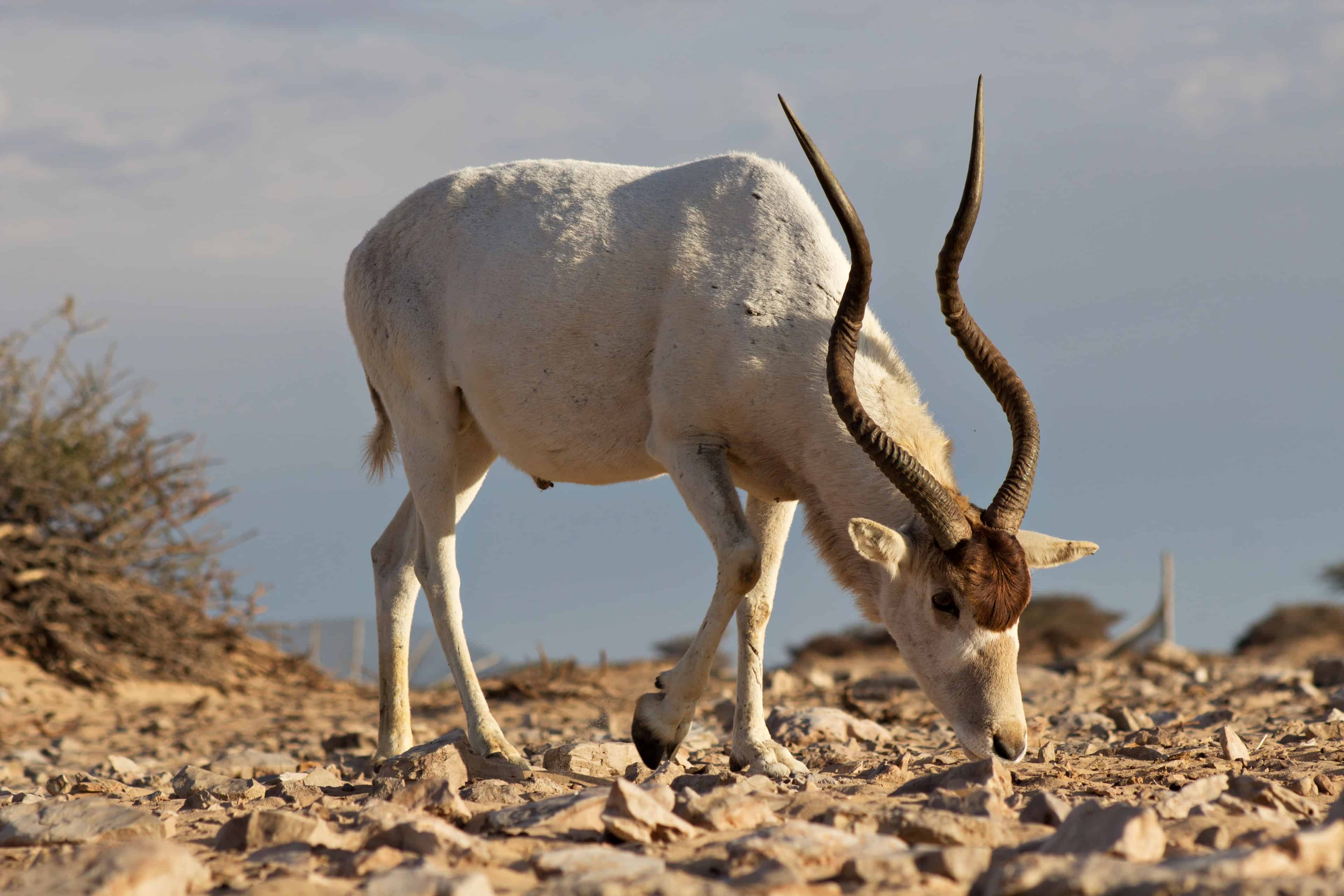 The Addax or white antelope is on the verge of extinction in its wild habitat of the Sahara Desert, with the size of the wild population ranging from 30 to 90 mature individuals. However, there are a number of successful breeding programs around the world, and while you most likely won’t catch a glimpse of an Addax in the wild, you might just see one of the thousands in captivity at your local zoo.

In the past, the Addax was common in North Africa, native to Chad, Mauritania, Niger, Algeria, Egypt, Libya, Sudan, and the Western Sahara. Wild Addax populations have been in severe decline due to unregulated hunting. In recent years, with the success of breeding programs, Addax have been reintroduced to Morocco and Tunisia on wildlife preserves.

Addaxes only excrete dry feces and concentrated urine because they use every bit of water that they eat.

Estimated Number of Mature Individuals: less than 250 in the wild; over 1,000 in captivity
Location: Southern Morocco and Syria; previously also found throughout Europe, North Africa, and other parts of the Middle East
Current Conservation Status: Endangered
Scientific Name: Geronticus eremita 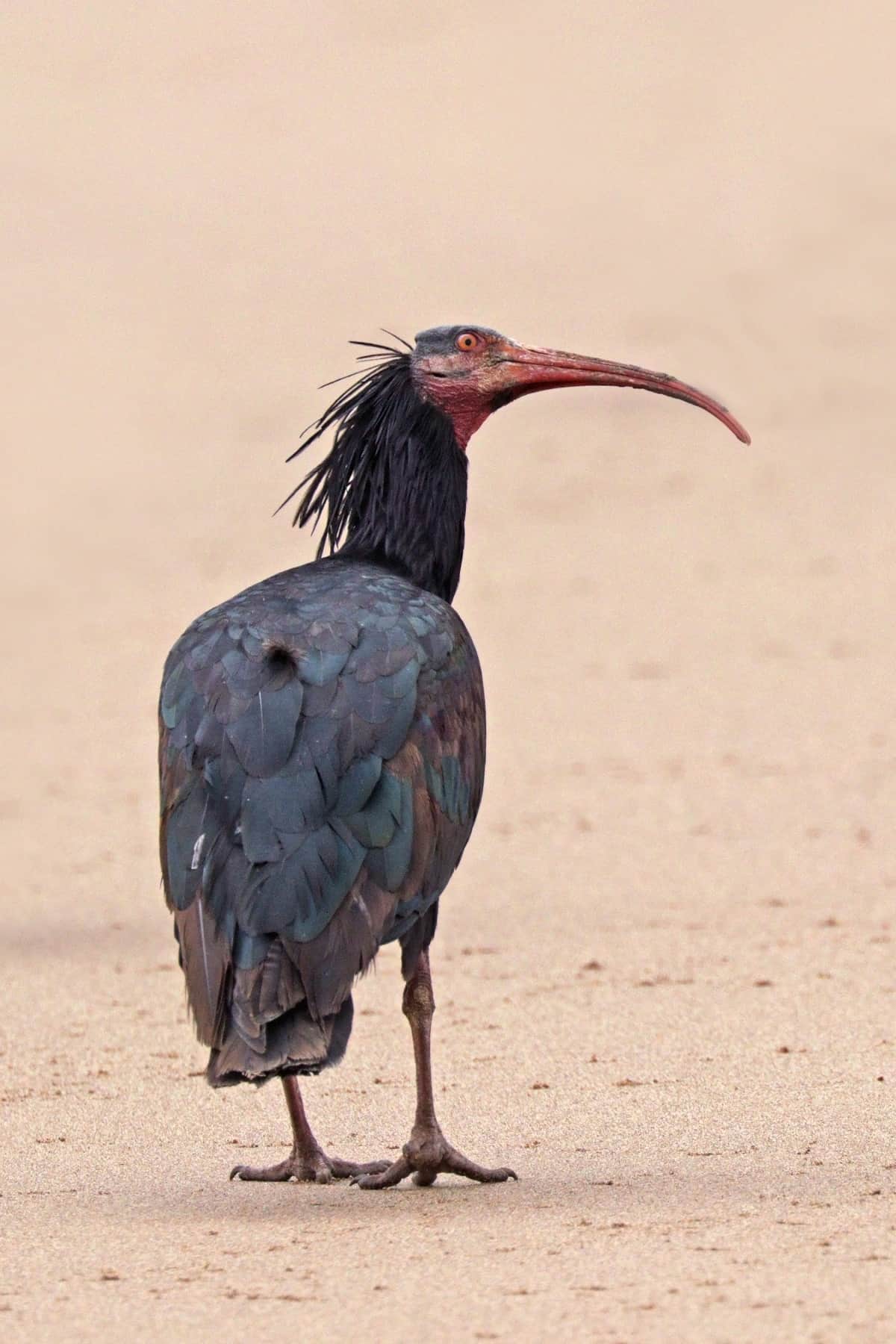 Today, most of the wild population of Northern Bald Ibises live in Morocco with a few possibly left alive in Syria. The Northern Bald Ibis has been regionally extinct in Europe for over 500 years, but reintroduction programs are currently underway.

Estimated Number of Mature Individuals: less than 250 in the wild; one known in captivity
Location: Forested hills and mountains of the Cameroon-Nigeria border region at the headwaters of the Cross River (Nigeria)
Current Conservation Status: Critically Endangered
Scientific Name: Gorilla gorilla diehli 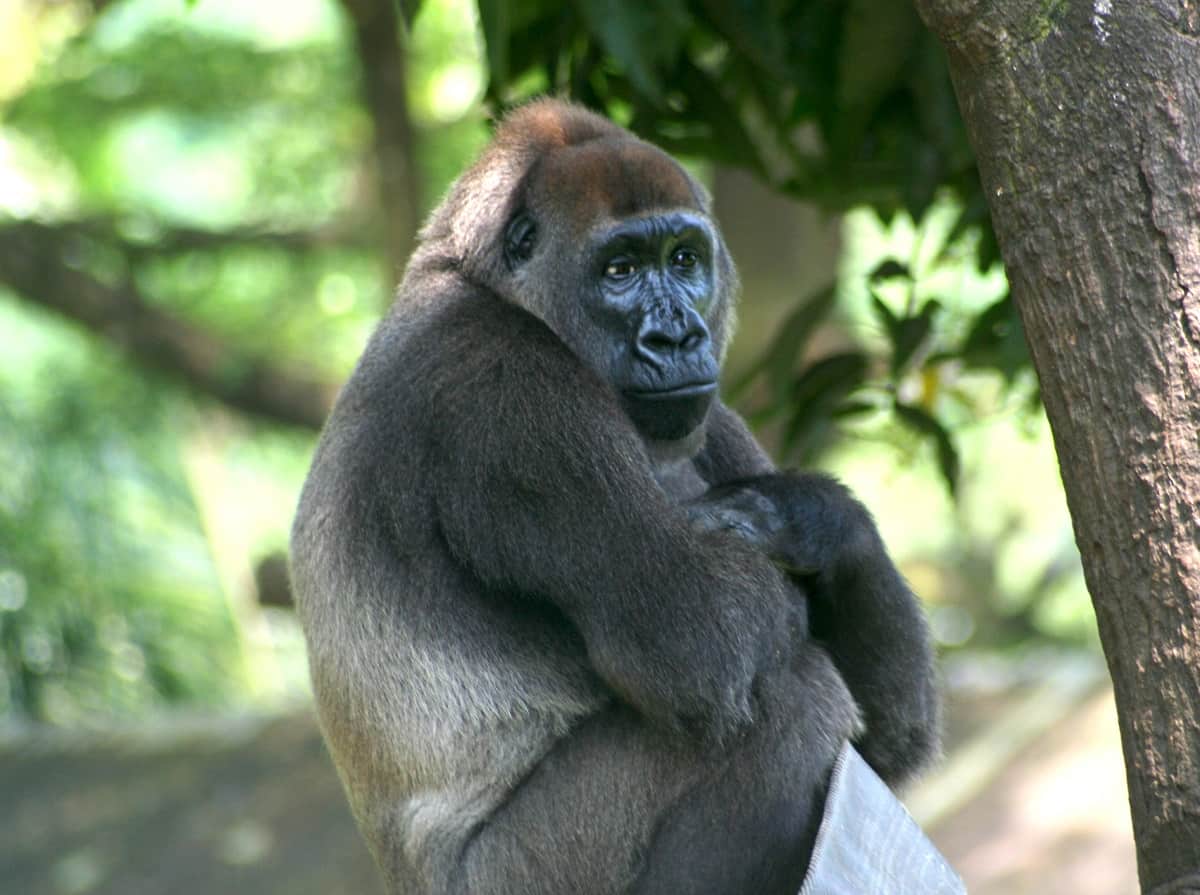 Cross River Gorillas live in small scattered groups that rarely, if ever, interact with one another, which has led to inbreeding. This results in a loss of genetic diversity and weaker gene pool and also negatively impacts the already small population of Cross River Gorillas.

Estimated Number of Mature Individuals: Unknown for sure – population estimates range from 25 to 700, but believed to be actually fewer than 250; none in captivity
Location: Annamite Range of Vietnam and Laos
Current Conservation Status: Critically Endangered
Scientific Name: Pseudoryx nghetinhensis 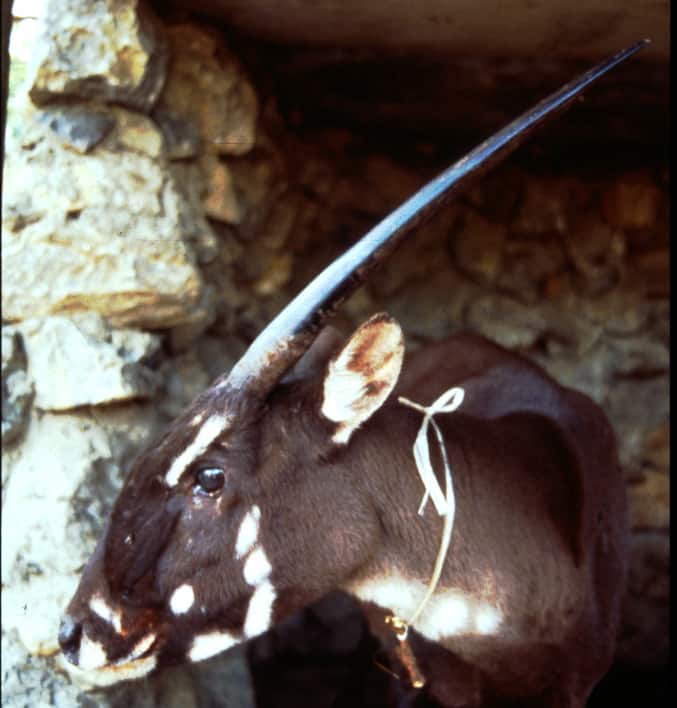 Of all the animals on this list, none are as mysterious as the Saola, which has been aptly dubbed the “Asian Unicorn.” So little is known about the Saola that there is no real data on the elusive animal’s current population. Because the Saola has only been seen in the wild a handful of times since its remains were first discovered in 1992, population estimates wildly vary from as little as 25 individuals to as many as 750. However, researchers believe that the Saola population is much lower, and most likely less than 250.

Researchers have tried to keep Saolas in captivity a few times, but each of these captive Saolas eventually died. This has led conservationists to believe that Saolas cannot survive captivity and thus a breeding program can’t be established.

Most of the information known about the Saola comes from William G. Robichaud, who managed to keep a female Saola in captivity for about 15 days before she died of unknown causes. According to Robichaud’s observations, the Saola was not afraid of humans, only dogs. 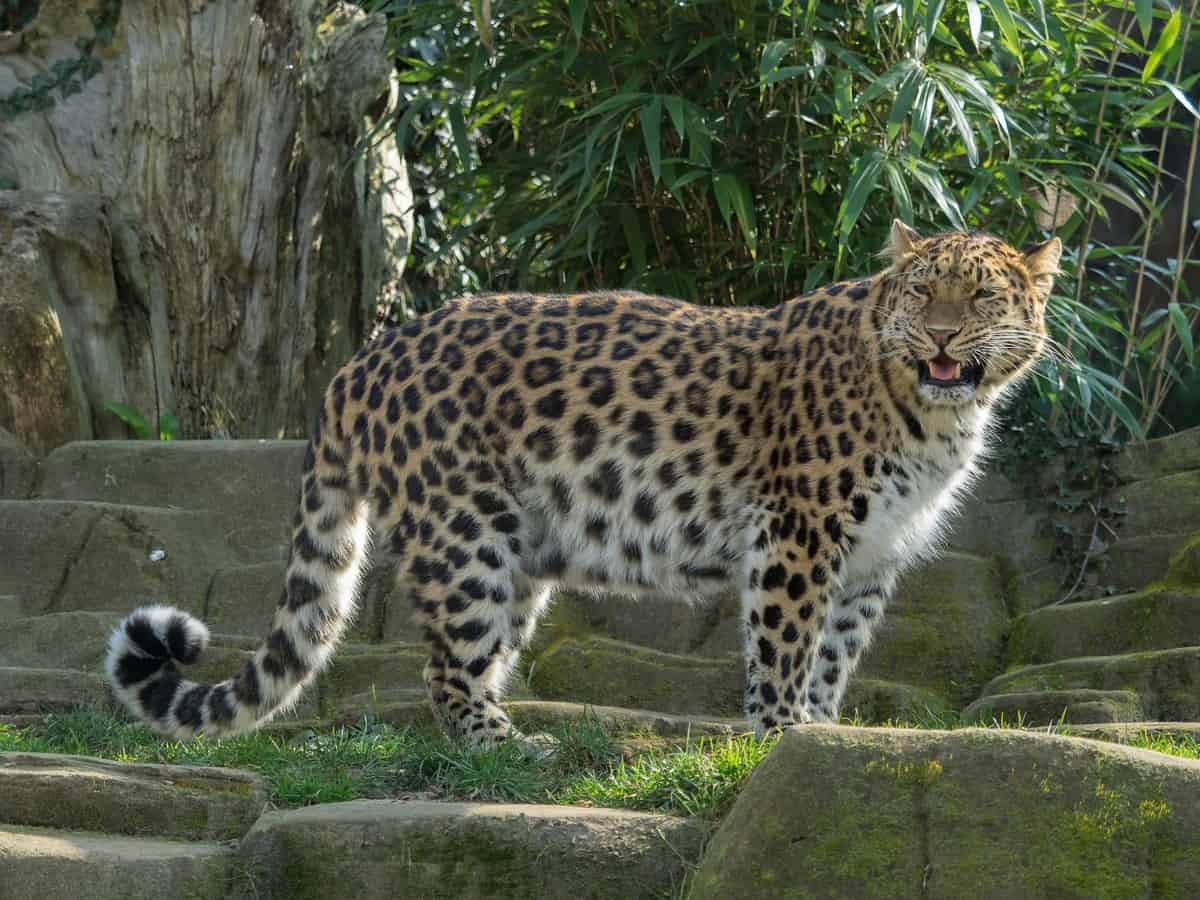 While many big cat species are facing declining numbers around the world, one of the rarest and most endangered is the Amur Leopard. It is estimated that there are less than 100 individuals (about 84 to be more exact) left in the wild. Amur Leopards mostly reside in the Amur River basin of eastern Russia with a few scattered in the northern part of China.

Amur Leopards have relatively long lifespans, living for about 10 to 15 years in the wild and 20+ years in captivity. Unfortunately, like all the animals on this list, the Amur Leopard population faces many threats, including habitat destruction, illegal poaching, conflicts with humans, and a lack of genetic variation – since there are so few Amur Leopards left, there is a lot of inbreeding, which results in weaker offspring.

The rosettes or spots on Amur Leopards are larger, more widely spaced, and have thicker black borders than those found on the other species of leopards. 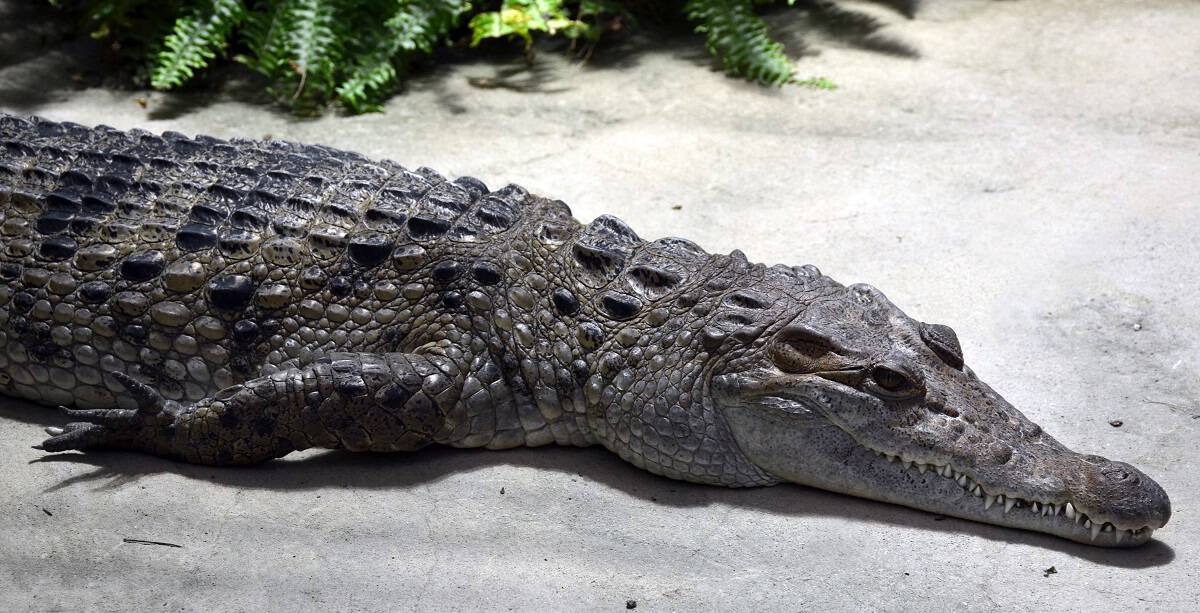 Killing a Philippine Crocodile is illegal and comes with a maximum fine of of ₱100,000 (equivalent to about $2,500). 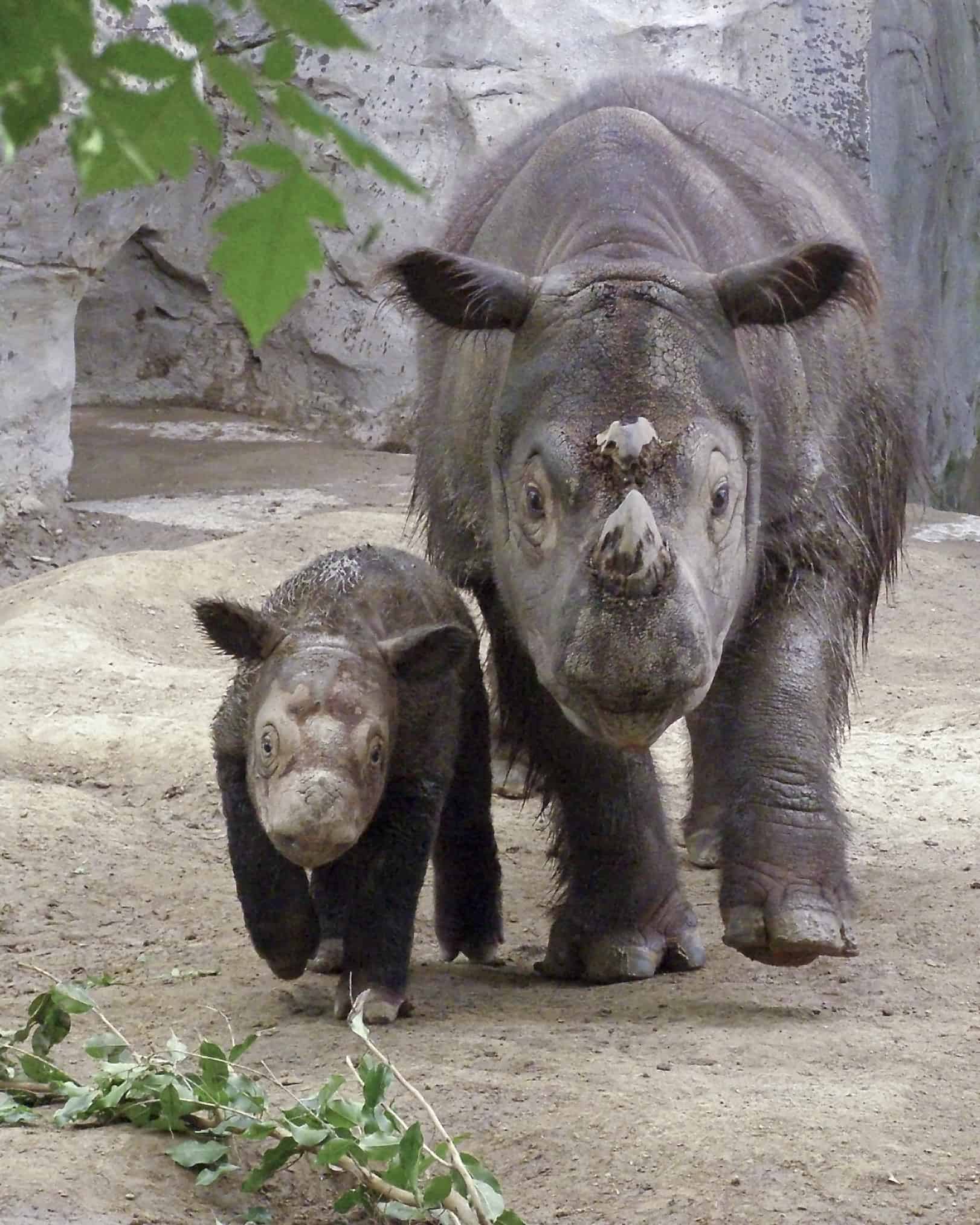 The Sumatran Rhino or the Asian Two-horned Rhino is recognizable by its hairy appearance is the rarest of the five remaining species of rhinoceros. Scientists estimate that there are fewer than 100 Sumatran Rhinos in the wild, with some saying there could be as little as 30 wild Sumatran Rhinos left. 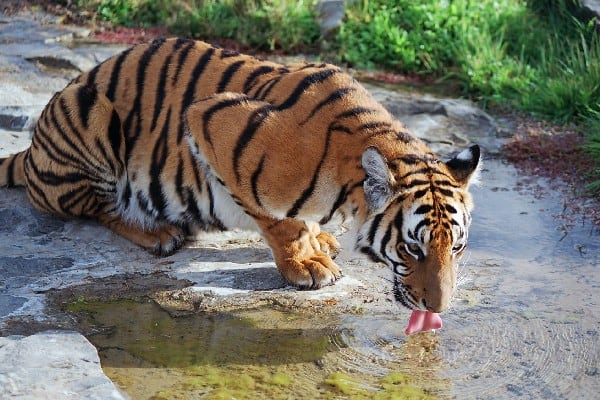 
The South China Tiger (also known as the Amoy tiger, South Chinese, Chinese and Xiamen tiger) is unfortunately the most threatened and vulnerable tiger species in the world. Scientists have declared that the South China Tiger is functionally extinct in the wild and has not been seen outside of captivity in more than 25 years.

While there are no wild South China Tigers left, thankfully there are about a hundred or so in captivity as part of breeding programs in China. In 2007, the first South China Tiger was born outside of China at the private reserve known as Laohu Valley Reserve in South Africa. More tigers have been born at Laohu Valley since then.

There is genetic evidence that suggests that a majority of the captive South China Tigers are not “pure” and that they had been cross-bred with other subspecies of tigers.

Estimated Number of Mature Individuals: about 10 in the wild (possibly between 6 and 22); none in captivity
Location: Northern part of the Gulf of California
Current Conservation Status: Critically Endangered
Scientific Name: Phocoena sinus

The Vaquita is currently the rarest animal in the world, and quite possibly the most endangered, with only about 10 individuals left in the wild. That estimate comes from a report published by the IUCN in early 2019 that stated that only about 10 vaquitas remained alive in 2018, as per an acoustic monitoring program conducted in the Gulf, though there is a 95% chance they number between 6 and 22.

Since the Vaquita was first discovered in 1958, its numbers have always been pretty low. Vaquitas are the smallest species of porpoise and easily get caught in gillnets (nets that catch fish by their gills) used by illegal fishing operations. Also Vaquitas have such a small population because they are only found in one area of the world, the northern part of the Gulf of California. Additionally, there are no Vaquita in captivity and there is currently no successful breeding program to help bring their numbers back up.

While not much is known about the Vaquita, the maximum known lifespan of an individual Vaquita was a female who lived 21 years.