While some people may view the Myers Briggs Type Indicator or MBTI as a bunch of useless mumbo jumbo akin to astrology, there are many who believe that it is a useful tool in understanding people. In fact, a lot of businesses use the MBTI to help their employees reach their full potential and learn more about how they truly work.

Although there are 16 Myers Briggs personality types, this list covers the 10 rarest types. The population statistics in this list are based on the Myers Briggs Company’s research and only represent the United States since this is where MBTI originated. 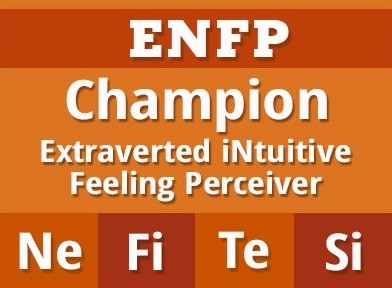 Independent to a fault, ENFPs are truly free-spirited people. ENFPs hate being tied down by stringent rules and believe in being the masters of their own fate. While ENFP is often the life of the party, they are necessarily interested in the excitement of the moment, but truly enjoy making social and emotional connections with others. ENFPs really have no trouble making friends and love using their wit, humor, and mastery of language to create engaging stories.

As a highly intuitive type, if ENFP isn’t careful they can fall into the trap of assuming and anticipating other people’s motives and actions. This leads ENFP to overthink and they can have a hard time taking things at face value. Additionally, ENFPs are easily stressed and have a tendency to get overwhelmed.

ENFPs are some of the strongest communicators and they often choose jobs in counseling, teaching, religion, or the arts. 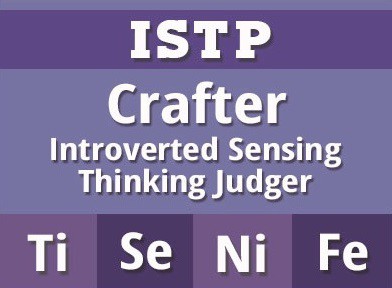 ISTPs love working with their hands and make up the world’s artisans and craftspeople. They use logic to seek practical solutions to meet challenges head on. ISTP loves taking things apart to see how they work and putting them back together with improvements. While ISTP may not be as emotional or sensitive as some other types, they do show people that they care by being quick to lend a helping hand.

Unlike some other introvert types, who may be more social, ISTPs are truly independent. They can easily get lost in their work and would rather have complete silence than suffer through small talk. This makes it difficult to get to know an ISTP.

Due to their fierce independence and tendency to get bored easily, ISTPs often struggle with commitment, especially when it comes to romantic relationships. 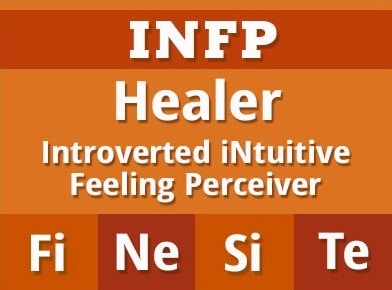 INFPs are often mistaken as INFJs because they both share many traits, but INFPs are the true idealists of the world. They are often labeled as healers or mediators and INFPs are guided by their core values and beliefs. As healers and mediators, INFPs see the potential for a better future and are highly compassionate, sensitive, and caring.

If left unchecked, an INFP’s selflessness can be detrimental as they can get too caught up in their quest for good and neglect their own basic needs. Additionally, INFPs often feel let down over and over again due to their extreme idealism.

Since INFPs hold themselves and others to such high standards, INFPs are the second highest of all the types to report marital dissatisfaction. 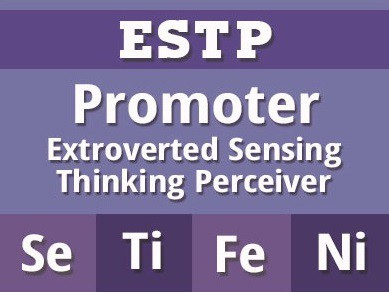 ESTPs enjoy living a high paced life and are often thrill-seeking adventurers. There’s nothing an ESTP loves more than being the center of attention. ESTP enjoys entertaining, talking to anyone and everyone, and making people laugh. Not only do ESTPs use their energy to have a good time, but they also assess things quickly and are able to tackle problems easily to move things along. This is why ESTPs make good entrepreneurs.

With so much energy to burn, ESTPs can be impatient and don’t know when to slow down. Also, since ESTPs like to keep things lighthearted, they have a hard time dealing with serious emotions and can feel uncomfortable in emotionally charged situations. 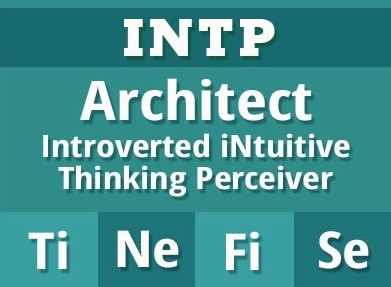 INTP are highly logical people and tend to gravitate toward the sciences and other technical occupations. Usually known as the philosopher, the architect, or the dreamy professor, INTPs have been responsible for many of history’s greatest scientific discoveries. INTPs spend a lot of time internally thinking about things and trying to understand life’s great mysteries.

While INTPs may be book smart, when it comes to people they can be clueless. They are often detached and because they know so much, INTPs can come across as condescending and insensitive. Although INTP likes to share ideas, they get impatient when they have to explain things and people can’t keep up with what they’re saying. 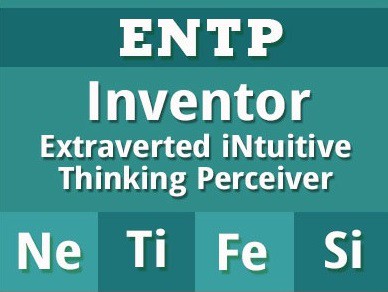 ENTPs are visionaries and innovators who love to challenge the status quo. One of things that ENTPs love to do the most is talk to people to share ideas and engage in small and big debates. People who are ENTP have a sharp wit and are knowledgeable on a wide range of topics, providing ammo for their debates.

On the flip side of ENTPs love for exchanging ideas, they can be very argumentative and tend to tear down others’ beliefs and ideas. Additionally, ENTPs can be quick to write people off if they can’t keep up with them or back up their ideas.

ENTPs are often labeled as Type A people, meaning they are more competitive, ambitious, and even aggressive. 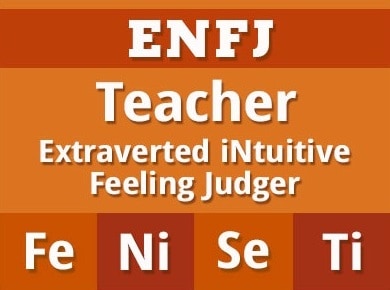 ENFJ are natural born leaders, but unlike ENTJs, they are more interested in helping others achieve their goals over their own needs. These type of leaders are compassionate and charismatic and ENFJ are often teachers, coaches, and politicians. While ENFJ is ambitious, they don’t seek personal gain and use their efforts to improve the world and help others reach their full potential.

Although ENFJ are some of the kindest people, sometimes they take their altruism too far and often give too much of themselves. ENFJ are self-reflective, which can lead them to be too hard on themselves.

ENFJ are the most likely of all the types to be religious and believe in some kind of higher power. 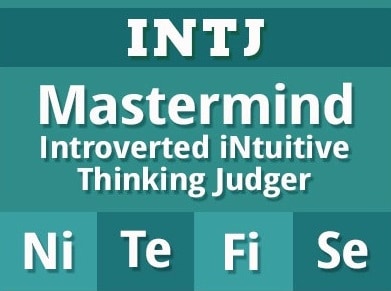 INTJ are strong thinkers with a great imagination, making them some of the greatest problem solvers. Like INFJ and ENTJ, those who are INTJ are relatively rare and make up only about 2% of the population. Unlike some other imaginative types, INTJ actually try to implement their ideas to tackle problems. They don’t just like to dream, INTJ stay focused and work hard to bring their ideas to life.

One of the downsides of critically observing the world is that INTJ can often be pessimistic. INTJ can also come off as judgmental and see people as too lazy and selfish to reach their goals. Another negative trait associated with INTJ is their refusal to follow strict rules, restrictions, and traditions.

As over-achievers, INTJ are one of two types to do exceptionally well in college by having the highest GPA and having some of the highest incomes when they settle on a career. 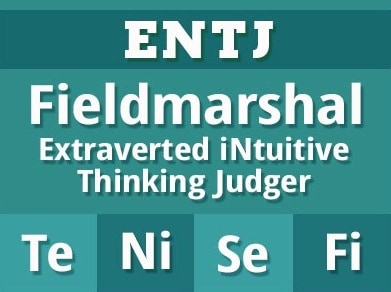 While not quite as rare as INTJ, people who are ENTJ are few and far between – less than 2% of the population are this personality type. ENTJ are the leaders of this world and are typically charismatic and confident. However, ENTJ can sometimes come off as cocky and unyielding in their personal vision.

ENTJ are driven and many world leaders, CEOs, and entrepreneurs exhibit ENTJ traits. When an ENTJ is focused, they can accomplish anything and drive their team to also achieve top results. While ENTJ’s driven nature is generally a good thing, they have a hard time dealing with emotions and may not

realize when they hurt people close to them.

Since ENTJ work hard to stay on top of their game, they are the least likely of all the personality types to be stressed by work or finances. 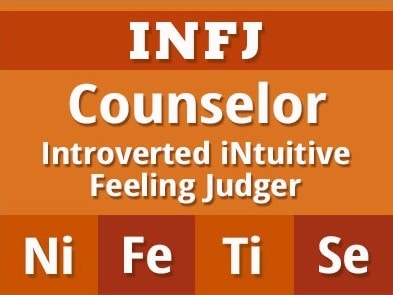 If you know anything about personality types, you’ve probably seen it said many times that INFJ is the rarest Myers Briggs personality type with only about 1.5% of the population testing as this type. INFJ are the dreamers of the world who work hard to make these dreams a reality.

A majority of INFJ see helping others as their life’s purpose and are always there to lend a helping hand. While INFJ may appear soft on the outside, they are fierce and strong-willed, but only use this high energy to make the world better and not for personal gain. Although INFJ love helping others, they tend to be very introverted and private.

INFJ are so intuitive that many people feel like they are almost “psychic” and often just know something without knowing why or how they know.