A pickaxe is a vital tool in the world of Fortnite. A pickaxe is primarily used for mining and breaking materials that are used for building structures. Materials can also be traded for upgrading weapons in the game.

Besides harvesting materials, players can use a pickaxe as a weapon to defeat enemies, especially early in the game.

In Save the World, players are allowed to upgrade the Pickaxe level to increase the damage. It allows them to break and collect things faster.

In Battle Royale, several cosmetic skins for pickaxe have been released over the years. They do not impact the efficiency of the pickaxe but only modify its appearance.

Pickaxe skins are usually available in the store or can be acquired by winning challenges. Some of them are released for a limited period and are no longer available. Here we list 9 of the rarest pickaxe skins ever released in Fortnite. 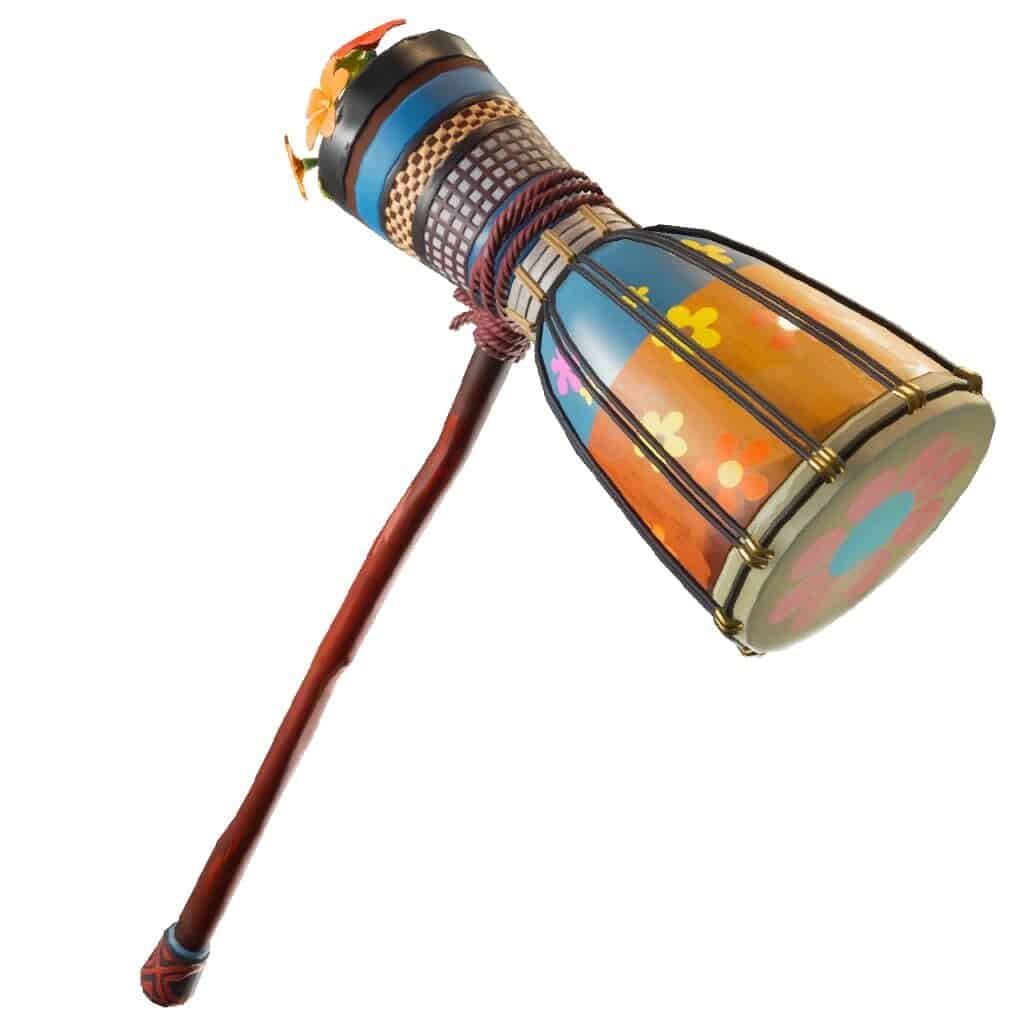 Drumbeat is the rarest item shop harvesting tool in Fortnite. It was introduced in chapter 1, season 5 of Fortnite Battle Royale.

Drumbeat was a part of the Flower Power set. It was released at the Item Shop on September 2, 2018, and was available for only two days. It reappeared for a day on November 27, 2018. Players could purchase this rare pickaxe skin for 500 V-Bucks.

Due to the limited period of availability, only a very few players could obtain the pickaxe skin.

Flower Power was a set of six cosmetic items, including two Outfits, two Back Blings, one Glider, and the Drumbeat Pickaxe. 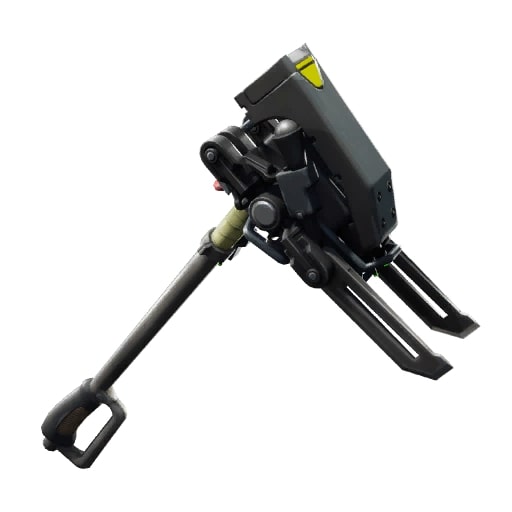 The armature is a rare pickaxe in Fortnite that was added to the game in Chapter 1, Season 7. Players could obtain it from the Item Shop for 500 V Bucks.Armature was released on January 24, 2019, and was last seen on February 27, 2019.

This pickaxe skin was a part of the Tech Ops cosmetic set. The set included two Outfits, one

Armature pickaxe didn’t go well with the theme of the Tech Ops set and attracted negative feedback from the fans. While other items from the set made reappearances in the Item Shop multiple times, this one never came back. Fans predict that this pickaxe will never be available again due to its unpopularity. 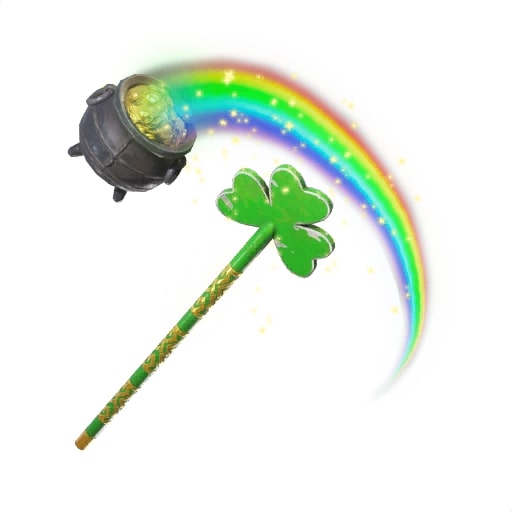 Pot o’ Gold pickaxe was added to the game in Chapter 1 Season 3. It was first introduced on March 16, 2018, and released as part of the Green Clover set.

The pickaxe made a reappearance in the Item Shop on April 1, 2018. Since then, it has appeared in the Item Shop every year in mid-March. Players can purchase in pickaxe for 1,200 V-Cash whenever it is available in the shop.

This pickaxe is a reference to Leprechauns, classic Irish folklore. It was released to honor the Irish St. Patrick’s day. 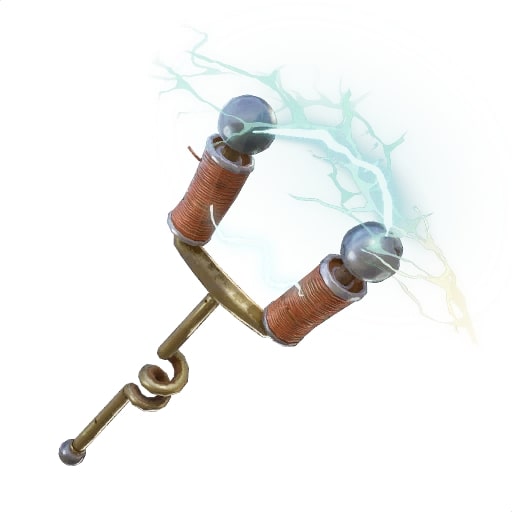 The AC/DC pickaxe was released in the game on December 13, 2017. It was available as a battle pass reward in Chapter One, Season Two. Players could obtain this reward by reaching tier 63 of the battle pass.

When the skin is applied, the pickaxe turns into a forking rod. The two ends of the fork are connected by an electrical current and hence the name. This pickaxe skin did not belong to any particular set.

Battle Pass items are not available in the Item Shop. However, you can hope for a recolored version of this rare pickaxe skin to be released in the future. 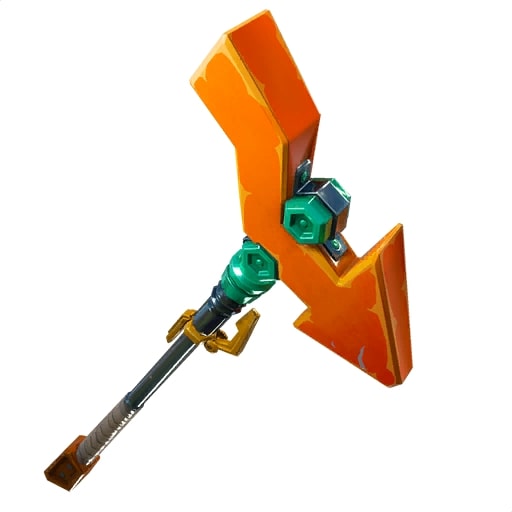 Players on Tencent’s Wegame platform could redeem this pickaxe by watching Battle Royale on the Huya platform for one hour per day for three days.

This skin changes the appearance of the harvesting tool into a rod-like contraption with a metallic crooked arrow.

Pointer pickaxe skin was an exclusive cosmetic item for Fortnite China. That means only the players in China could obtain this item. Power Grip was another China-exclusive pickaxe skin released during the same time. 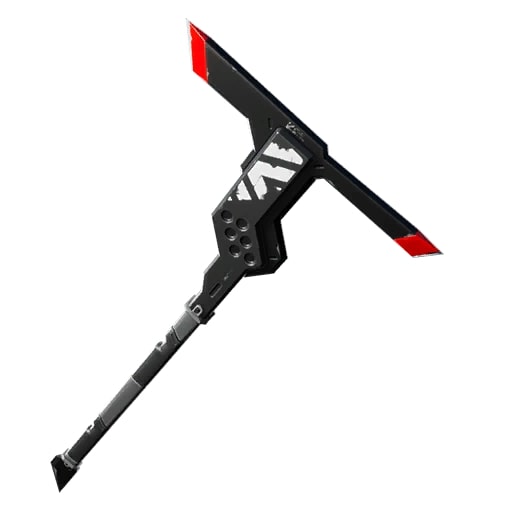 In 2018, Epic gave out exclusive cosmetics to the players who purchased NVIDIA graphic cards, desktops, and Laptops from November 29 onwards. Angular Axe was one of the promised NVIDIA-exclusive cosmetic items.

However, later, the company released this item in the Item Shop for 500 V Bucks. It outraged the players who spent hundreds of dollars to purchase NVIDIA products during the initial release.

Epic created the Stealth Angular Axe in 2019 to make it up to the NVIDIA players who felt cheated by Angular’s Axe’s release in the Item Shop.

Fortnite Battle Royale was Epic Game’s answer to PlayerUnknown’s Battlegrounds (PUBG). In July 2017, Fortnite was initially released as a four-player cooperative survival game. However, after observing the popularity of PUBG, the developers came up with Battle Royale in September 2017. 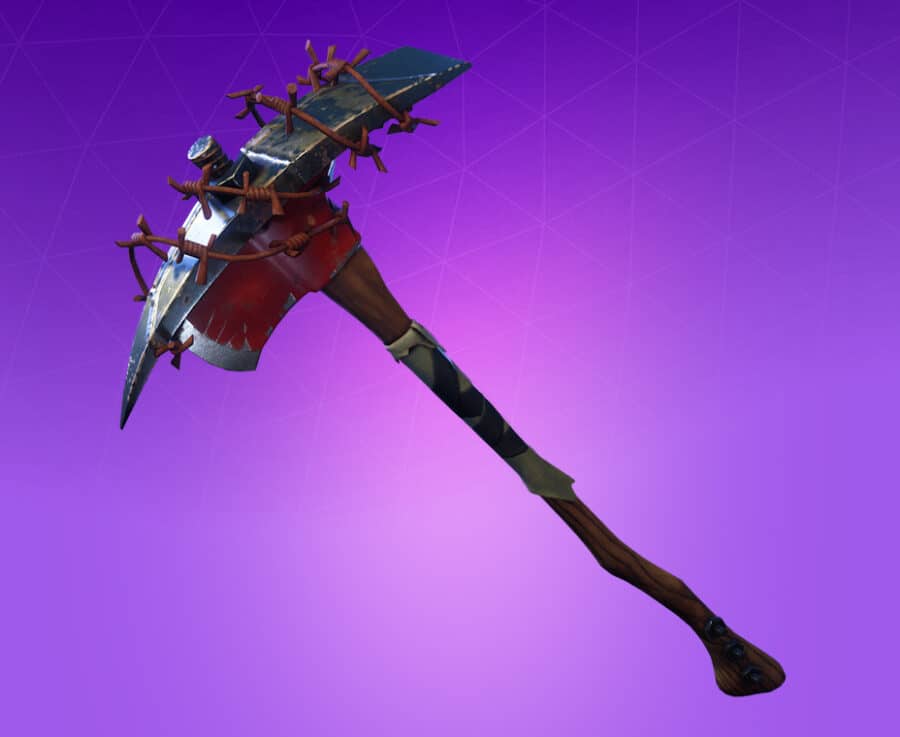 Raiders Revenge pickaxe was first released in Season One. Players could obtain it from the Season Shop for 1,500 V Bucks after achieving Level 35 in Season One.

It is a part of the Storm Scavenger Set and has a rugged look. The in-game description describes the pickaxe as “Wrapped in rusty barbed wire, and ready to settle the score.” The look of this pickaxe skin goes well with Renegade Raider character skin.

The character skin of Renegade Raider has been modified and remixed several times, but Raider Revenge pickaxe has never been redesigned. 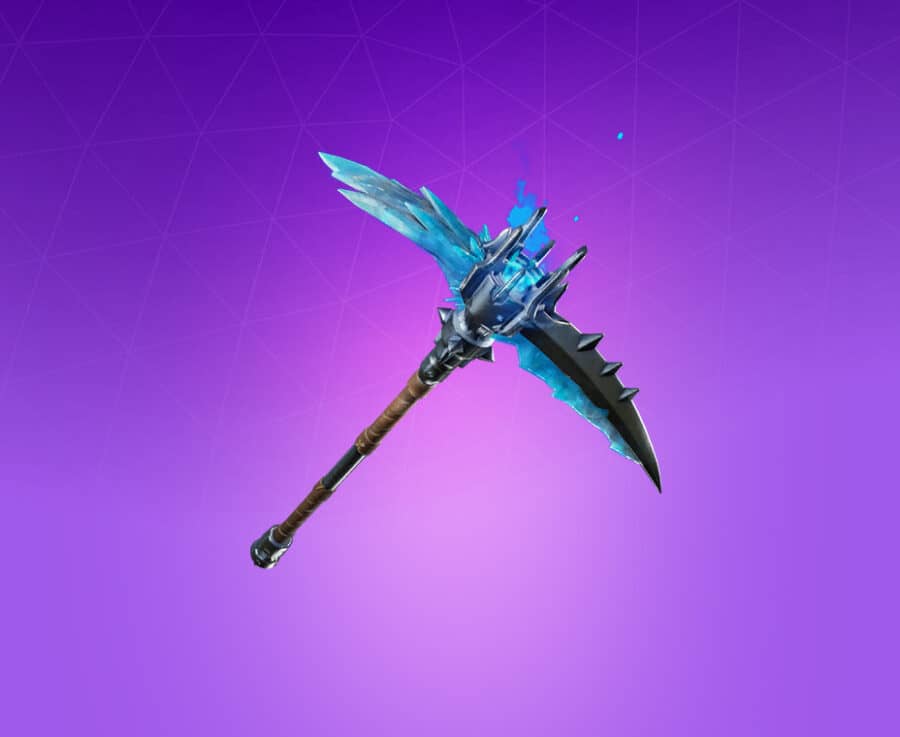 Permafrost is one of the rarest pickaxes in Fortnite. Players were required to fulfill several conditions to obtain this pickaxe skin which was said to be chiseled from glacial ice.

Players were required to purchase the Season 5 Battle Pass, reach Tier 100, and gain 250,000 XP to unlock this pickaxe. They also needed to participate in Ragnarok Challenges and reach stage four of the challenge during the season.

This fantasy pickaxe was a part of the Harbinger set. The pickaxe skin features a medieval look and emits a blue aura. 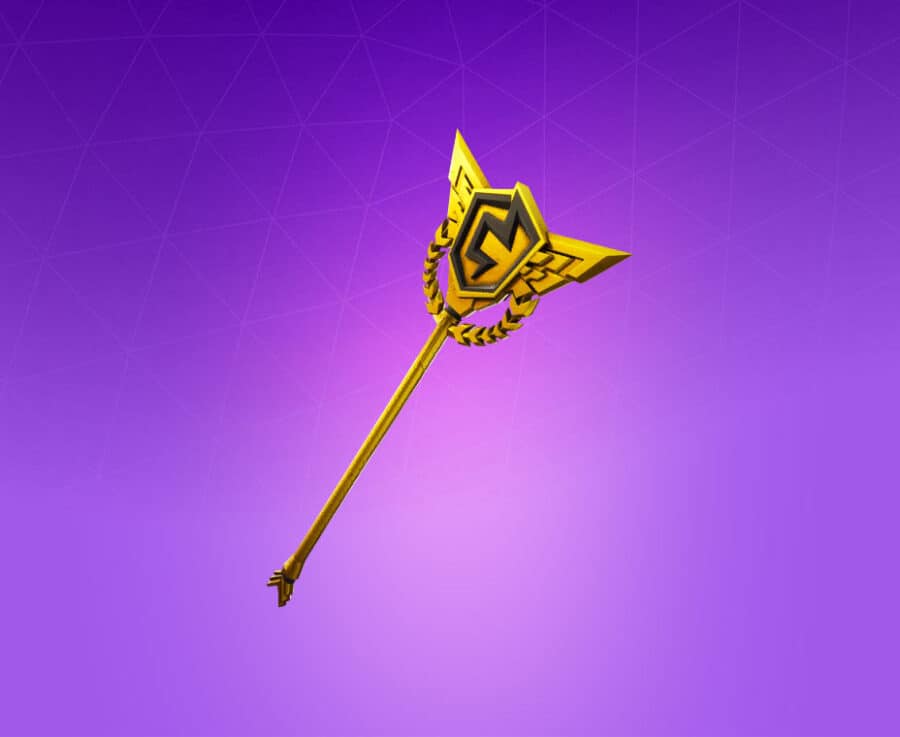 Axe of Champions is the rarest pickaxe in Fortnite Battle Royale. It was added to the game during Chapter Two, Season Two. Winners of the Fortnite Champion Series would receive this pickaxe as a reward.

Two players from each region would hold this cosmetic item in their locker un till the next FNCS. It would then be removed from their lockers and given out to the next champions.

So far, 140 players have held this rare pickaxe. This pickaxe is no longer obtainable as it was replaced by the Axe of Champions 2.0 in May 2022 during Chapter Three, Season Two. All the FNCS champions in the future will be rewarded with this new version of Axe of Champions.

In November 2021, Epic Games accidentally began to give away this rare pickaxe to some players for free. However, the mistake was caught immediately, and the pickaxes were revoked shortly after.

10 Most Expensive Houses Currently on the Market in Idaho 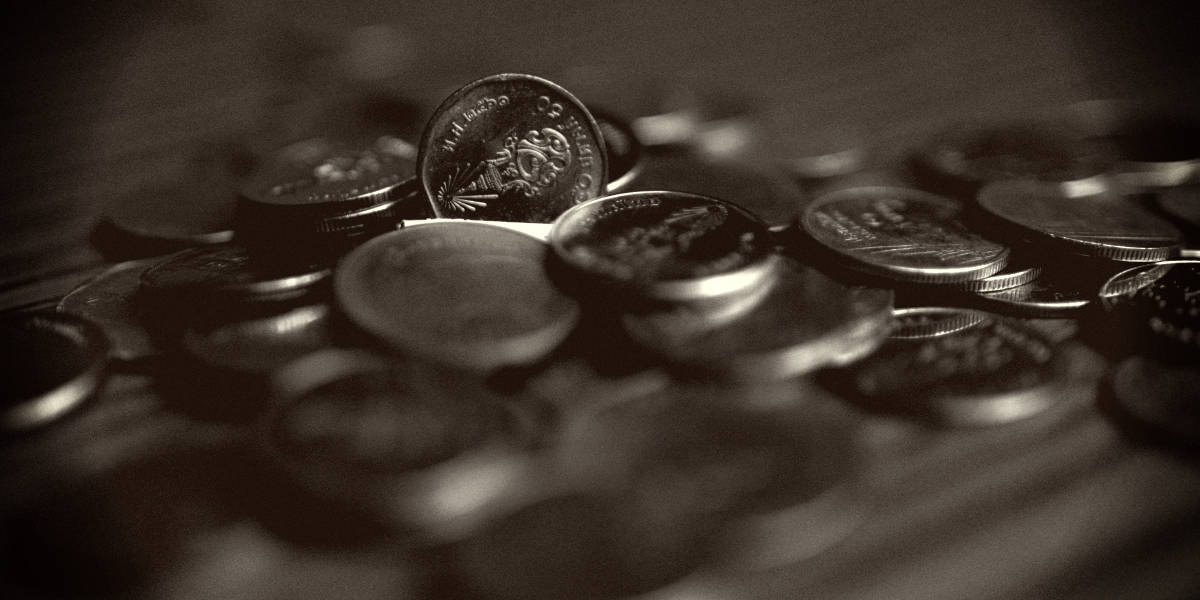