With eSports becoming more profitable than ever during the pandemic and industry-leading databasing and processing power remaining one of the most valuable resources for any business to have at their disposal, these gaming PCs are not just expensive. They’re also a majorly valuable professional asset.

From studio-quality video editing and professional databasing to the highest level of gaming possible on today’s tech, here are the 10 most expensive gaming PCs that you can buy. 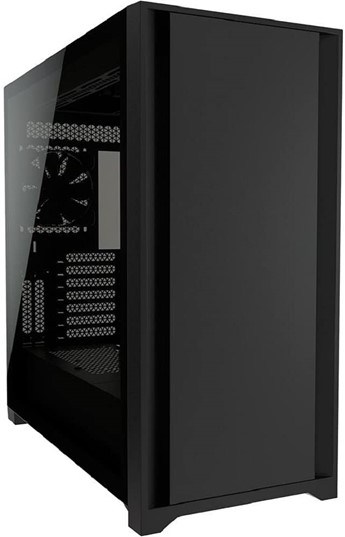 We’re kicking off this list with the Adamant Custom 16-Core Gaming Computer from Adamant, a company that will come up again later. This workstation is powered by an AMD Ryzen 9 5950X processor, 3.4 GHz, with 128GB DDR4 memory. Its storage capacity is a 4TB SSD and a 10TB HDD, so you can be sure that you can run and store anything you would need to, even on the level of a professional database or competitive gaming situation.

Its graphics card is a Quadro RTX 3090 with 12GB of visual memory. With that under your belt, you can take your Adamant gaming PC to any gaming world you can imagine, so long as you have the $7,800 admission fee.

Adamant Custom is a PC manufacturer based in Northeast Ohio. They specialize in high-powered gaming PCs like this one, custom made for gamers in the same way that their government and educational institution solutions are tailored to those unique clients too. 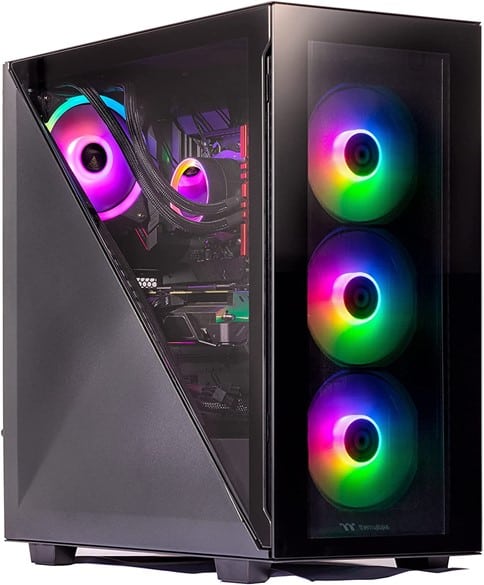 Velztorm is famous for their RGB lighting and the Partix is no exception, sporting its 120mm AIO liquid cooling system in an array of vibrant neon colors.

Velztorm is a performance-focused gaming PC manufacturer, unlike some of the other brands on this list that have a wider range of products. They’re so new that their site isn’t finished yet, but their gaming PCs are already making a splash on other retailers like Amazon. 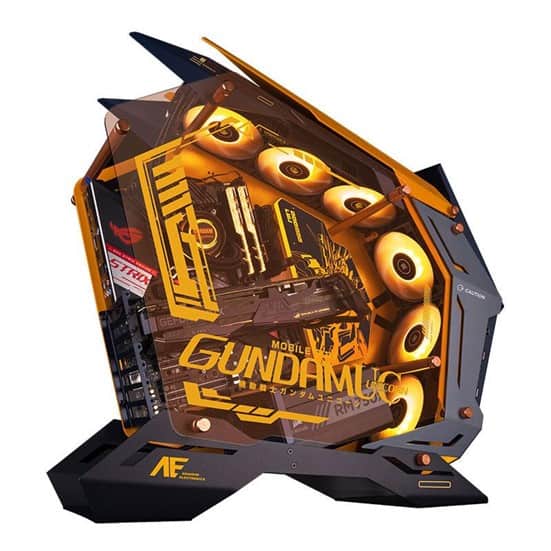 No gaming PC on this list (maybe none on the market) has the crazy look of the IPASON Intel 10th Gen Gaming Desktop. IPASON is already known for their quirky designs in gaming tech and this Mobile Suit Gundam-inspired gaming PC rig wins the prize.

Despite its anime appearance, it has the real-world specs to back up its eccentricities. These include an i9 10900K processor, 16 GB of memory, and ASUS ROG GeForce RTX 2080Ti graphics card. The PC retails for $8,456.41. 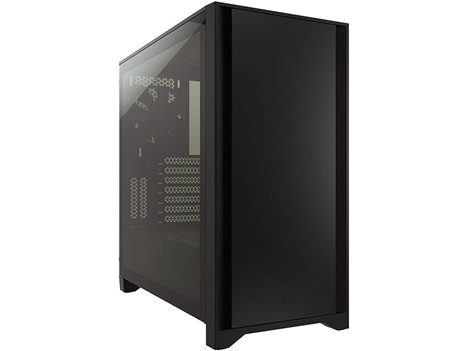 The Adamant Custom 32-Core Workstation comes equipped with a top-of-the-line processor, the AMD Ryzen Threadripper 3970X, which has a processing speed of 3.7 GHz. To power through even your most strenuous gaming needs, the PC has an Nvidia RTX 3090 graphics card with 24 GB of visual RAM.

The 32-core AMD Threadripper processer is not the only attraction with the Adamant Workstation. It also has a 240mm CPU liquid cooling system by Quiet Edition and an Asus ROG Strix TRX40 series motherboard, which is more than enough to take your gaming to the next level (maybe even a little higher than that). 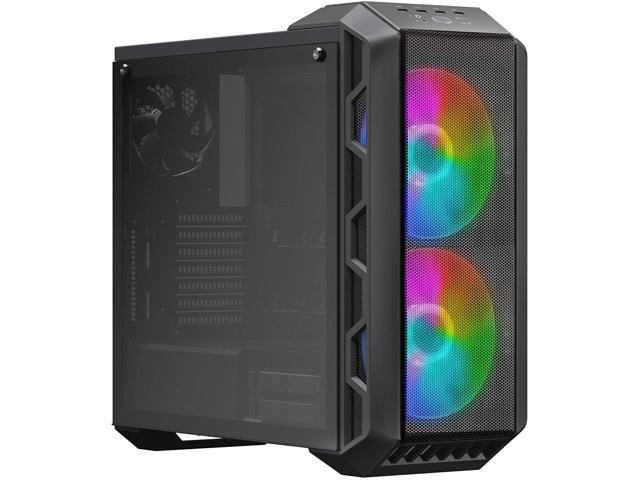 Up next is another custom PC. This time is a setup by Adamant, a liquid-cooled system with a powerhouse CPU AMD Threadripper 3990X. The powerful PC features 2 TB of SSD and 256 GBs of RAM.

Liquid-cooled PCs typically rely on water to keep things from getting too hot. The water cycles through the PC and shifts heat away from components prone to overheating — a lot like a radiator. Other PCs rely on air to stay cool. Experts say there are some key differences between the two options, but one of the most obvious is the visual design. Liquid-cooled PCs are usually “flashier.”

This PC’s processor has 64 cores.

Aventum X is a PC by Digital Storm that features an enormous, intriguing cooling setup to power your most strenuous gaming tasks. It’s equipped with a custom system that pumps coolant and pre-routes power to high-temp areas like the graphics processors.

With a 64-core processor, 256 GB of memory, 5.2 GHz of processing power on overclock, the Aventum X takes the company’s 20 years of industry experience and gives it a climax for 2022. And it’ll only cost you $15,000 to get in on the action, more if you want the highest specs possible, including a Threadripper PRO 3955WX processor with 64 GB of DDR4 memory.

The water block on the Aventum X gaming PC was custom engineered to pump coolant throughout the chassis from a hub behind the motherboard. Fluid ports built directly into the rig allow users to perform maintenance and change the cooling system without taking apart the whole rig. 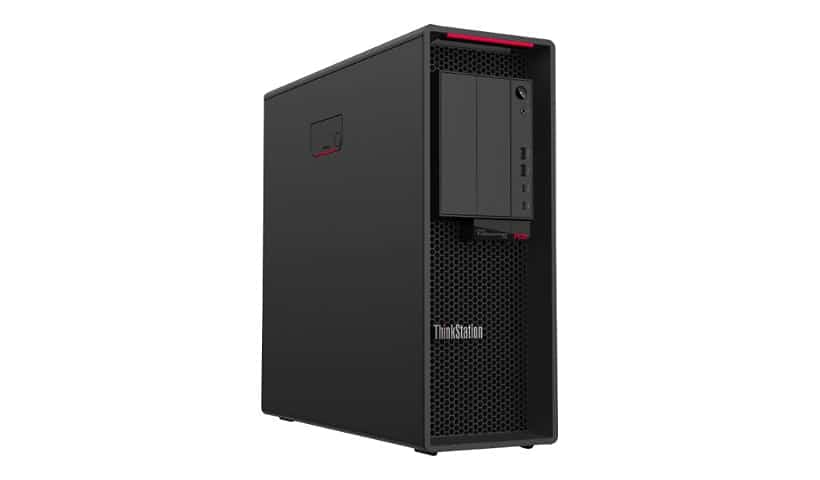 At more than $18,000, Lenovo’s ThinkStation P620 is easily one of the most expensive gaming PCs you can buy. The wildly expensive setup features an impressive 1 TB of storage and 64 GB of RAM.

The PC comes with Windows 10 Pro (64-bit), which should give most people plenty of power to run everything from games to work programs.

Lenovo’s history is closely tied to IBM. In the ‘80s, IBM introduced its first personal computer. The computer cost a whopping $25,000 and was followed up by a laptop that weighed a hefty 12 pounds.

This PC features up to two NVIDIA Quadro graphics cards. 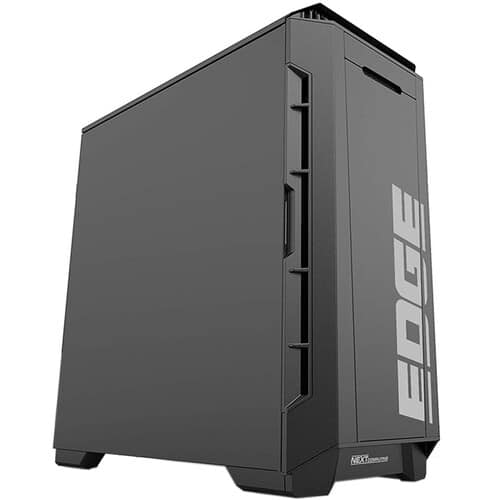 NextComputing says “you can run resource demanding software and stream media up to 4K resolution,” so users should have no problem with highly detailed games.

NextComputing is known for its “small-footprint” setups that don’t compromise performance. The brand’s PCs are used for gaming, but they’re also used for things like high-performance medical imaging and even intel-gathering by the military.

NextComputing was established in 1999 by Bob Labadini. 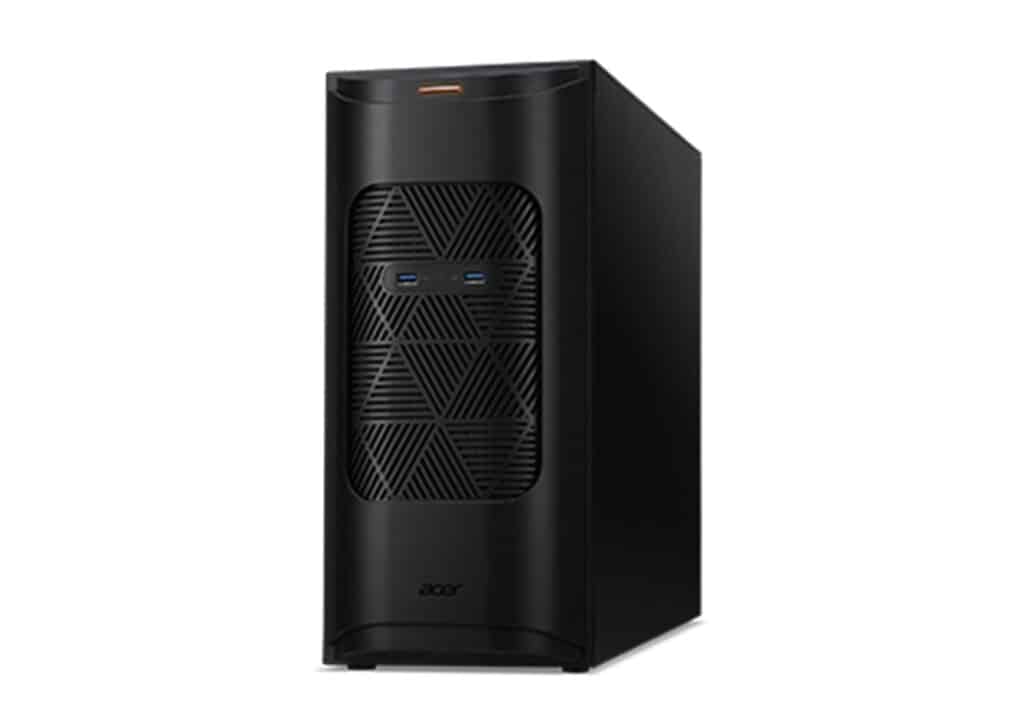 We’re now getting into the true industry leaders in terms of gaming capacity and computing power. The ConceptD 900 Desktop is sold by Acer for $22,999.99. It’s equipped with an Intel Xeon Gold 6148 processor, 20-core, and an NVIDIA Quadro RTX 6000 graphics card with 24 GB of dedicated memory.

For a comparison, Elden Ring, the open-world RPG from FromSoftware slated for early 2022 release, only requires 3 GB of visual memory.

With 8 times the visual memory needed for the latest games and 192 GB of DDR4 SDRAM, what would you do with your ConceptD 900 Desktop? With this power at your fingertips, you could literally start a databasing company or a film studio.

This workstation comes equipped with those dual Intel Xeon Gold processors. We want to drive home just how powerful these things are. In total, they have 40 cores at their disposal, a total of 80 threads. There’s basically nothing this computer can’t handle. 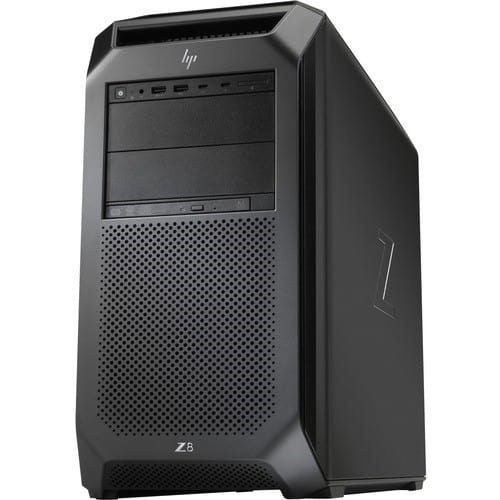 The HP Z8 G4 Workstation is a gaming PC that hits the top of its class for high-power performance in complicated machine learning tasks, as well as industry-leading editing. This PC can edit 8K in real-time, no questions asked, as well as run the most complicated visual and statistical simulations.

Its data-processing power alone is mouthwatering due to its 512 GB of usable RAM.

This PC has the power to run any game on the highest imaginable level, a level that would only ever be needed by industry professionals or high-level eSports gamers. Even then, this $31,733.99 PC is overkill in the best possible ways.

Cloud computing is the accepted way to complete workstation tasks without a rig like this. But not even the best connection to your database can compete with the local computing power you get with the Z8 Workstation. The data capacity, low latency, and industry-leading security at your fingertips is far superior. 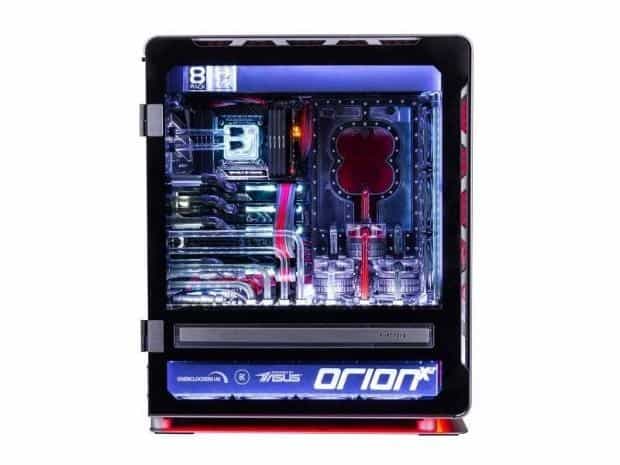 The 8Pack OrionX PC is currently one of the most expensive PCs on the market. This rig is massive. It has probably the most complex, effective, and expensive water-cooling setup of any PC we’ve ever seen.

It has two separate rigs, fully customizable, in the Phanteks Elite Full Tower PC setup, which has an insane i-97980 XE processor that can be overclocked to 4.6GHz, minimum.

The reservoirs for the 8Pack water system are integrated with the chassis, showing off a crazy array of LED lighting. The cables are sleeved and display the colored coolant for maximum bragging rights. It makes your PC look like it’s being supercharged like a Batman villain.

Up to 128GB of DDR4-RAM and a 14 TB Seagate hard disk drive give the 8Pack OrionX PC the top spot on this list, “clocking” in at $43,000 with all the customizable options installed.

The water-cooling system is seriously the showstopper in this rig. There are three cooling loops, each with their own Aqua Computer controllers, which allows the user to manage them separately. The CPU itself has a 480 mm radiator set up for cooling. All these systems have unique components, including an 8Pack custom reservoir and pump that looks incredible, even while functioning quietly. 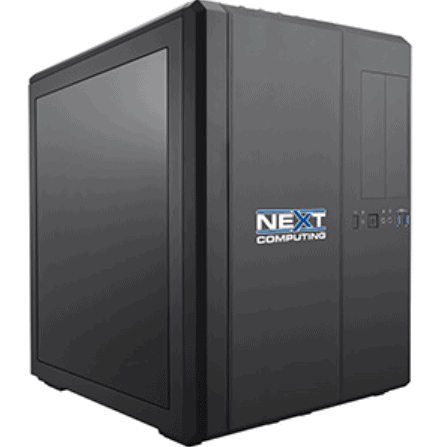 The Edge DL is the most expensive gaming PC.

Coming in at the number one spot is NextComputing’s awe-inspiring Edge DL. The insanely powerful setup features a powerhouse AMD EPYC 7702P processor with a whopping 64 cores. You could call this system overkill, and it’s definitely powerful enough for some intense work beyond the world of gaming, but passionate (and rich) players would have a great time with this PC.

Beyond that powerful processor, this PC offers plenty of memory (256 GB to be exact) and a stripped-back, simple design. It may not be flashy, but the Edge DL makes up for it with a more-than-capable configuration of processing power and memory.

Beyond this crazy-powerful setup, NextComputing offers professional-grade NVIDIA systems that sell for thousands.

8 Most Expensive Beds in the Market Today