8 Most Expensive Rolls-Royce Ever Made

The Rolls-Royce brand was born of a partnership between Henry Royce and Charles Rolls. Royce ran a mechanical and electrical business in the late 19th century and Rolls sold cars in London. In 1904, Royce created his first motorcar and met with Rolls to discuss the possibility of selling vehicles together. An agreement was reached that Royce would produce cars and Rolls would sell them under the name Rolls-Royce.

The new car brand was wildly successful, so the two businessmen decided to formally start a company in 1906. In the same year, Rolls-Royce started production of the Silver Ghost. The vehicle quickly became known as “the best car in the world,” effectively launching the Rolls-Royce brand into international success.

Rolls-Royce has long enjoyed a seat near the top of the luxury car market, and that remains true today. Vehicles from the brand’s popular Phantom line typically sell for at least $455,000, but that’s really just the low-end — some models go for millions.

Learn more about the world’s most expensive Rolls-Royce with this top eight list.

Kicking things off is the Rolls-Royce Phantom Hearse. The ghostly vehicle is custom-made by a car modification company called Biemme Special Cars, an Italian brand known for its pricey hearses. This particular creation costs over $660,000 — making it the eighth-most expensive Rolls-Royce in the world and one of the priciest hearses on the market.

So what do buyers get for that steep price tag? The high-end features of a standard Rolls-Royce are all there, Biemme just added space for a coffin. The vehicle is powered by a 6.75-liter V12 engine and the cabin is filled with plush seating. Biemme raised the roof slightly to make room for coffins and stretched out the entire vehicle so buyers have enough room for passengers that aren’t in a coffin.

The Phantom Hearse’s most unique feature is its coach doors (sometimes called suicide doors). These doors open backward, a feature rooted in early car designs which were based on horse-drawn carriages. 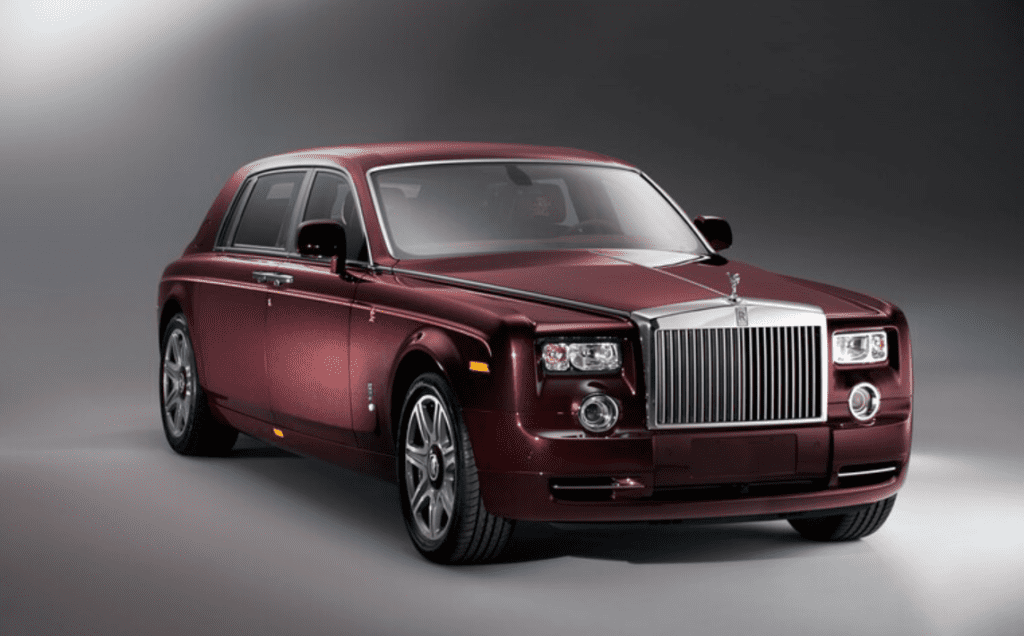 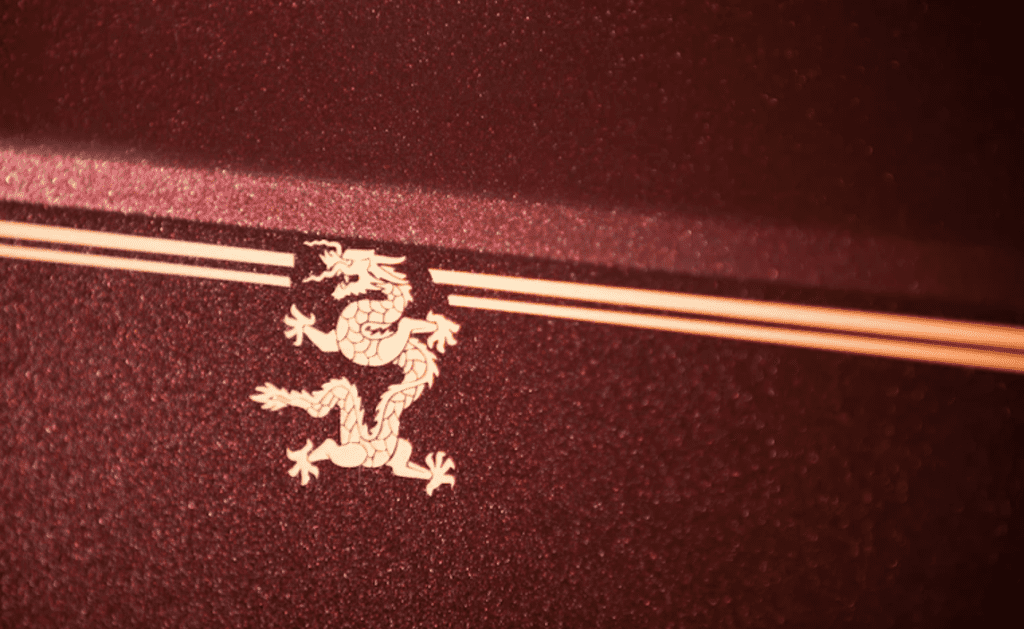 Rolls-Royce’s Year of the Dragon edition of its Phantom line was extremely popular and extremely expensive. When the special edition came out in 2012, the Chinese luxury car market got super excited. The whole production sold out in just two short months despite the vehicle’s steep price tag. Wealthy buyers coughed up $1.2 million per Phantom, making this coach the seventh-most expensive Rolls-Royce on record.

Each Rolls-Royce Phantom offers impressive features, but the Year of the Dragon edition is particularly luxurious. The front fenders sport hand-painted gold dragons while the interior welcomes rich travelers with comfortable seating and plenty of legroom. The whole thing is powered by a V12 and offers top speeds of about 150 miles per hour. Drivers hit 60 in just under six seconds, but this vehicle is more about luxury than speed. Hand-stitched seating in the back is complemented by embroidered dragons on the headrests while touches of red symbolize good luck.

Rolls-Royce made about 10.3 million units of the Phantom: Year of the Dragon. 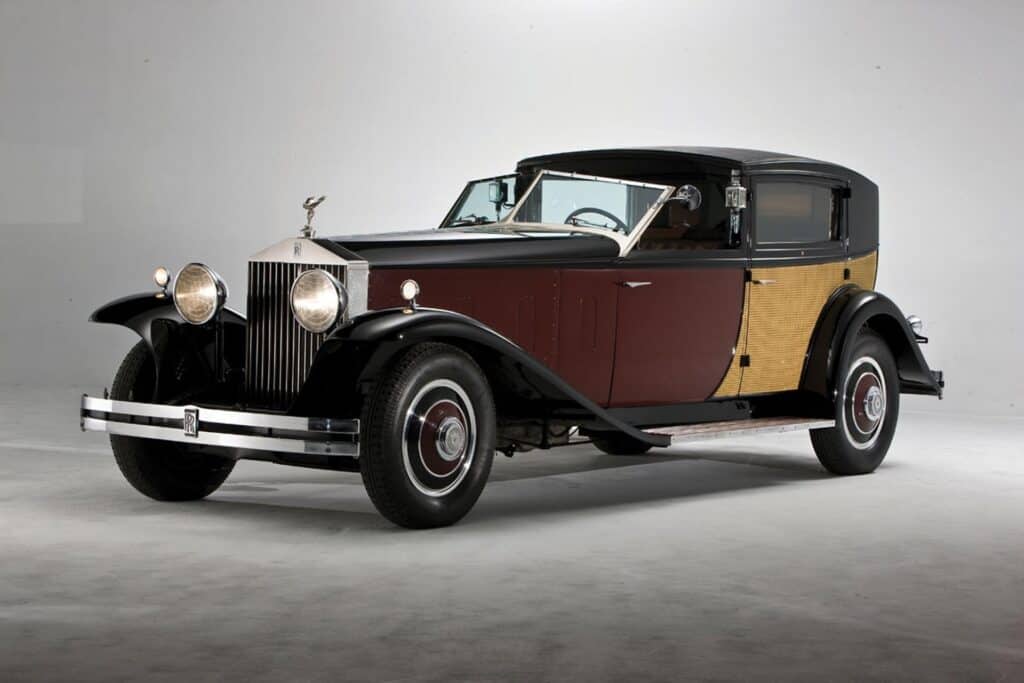 In 1925, Rolls-Royce released the New Phantom. The vehicle would be retroactively called the Phantom I a few years later when the Phantom II was released. The second iteration of the Phantom line featured an entirely updated design — new chassis creating a reworked skeleton where the world’s best coachbuilders could keep luxury and style at the forefront of their work.

A few years after the Phantom II was released, Rolls-Royce decided to update the vehicle again, this time with coachwork by Brewster. Only 116 vehicles of this kind were built, making the 1933 Brewster Phantom II one of the rarest Rolls-Royce models ever produced.

Before the Phantom II, Rolls-Royce produced just 2,269 units of the New Phantom (a.k.a. Phantom I). 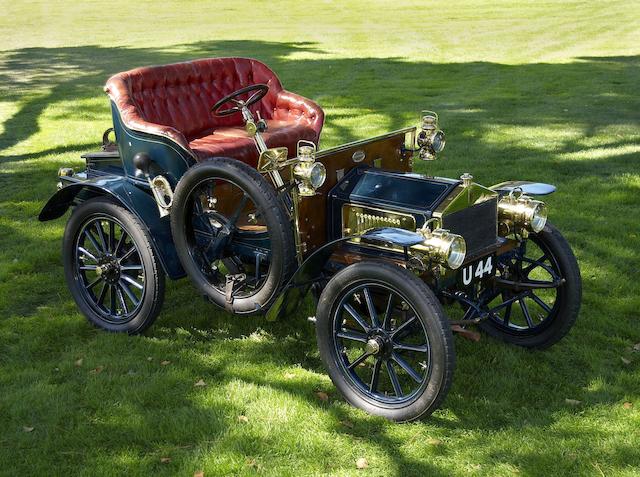 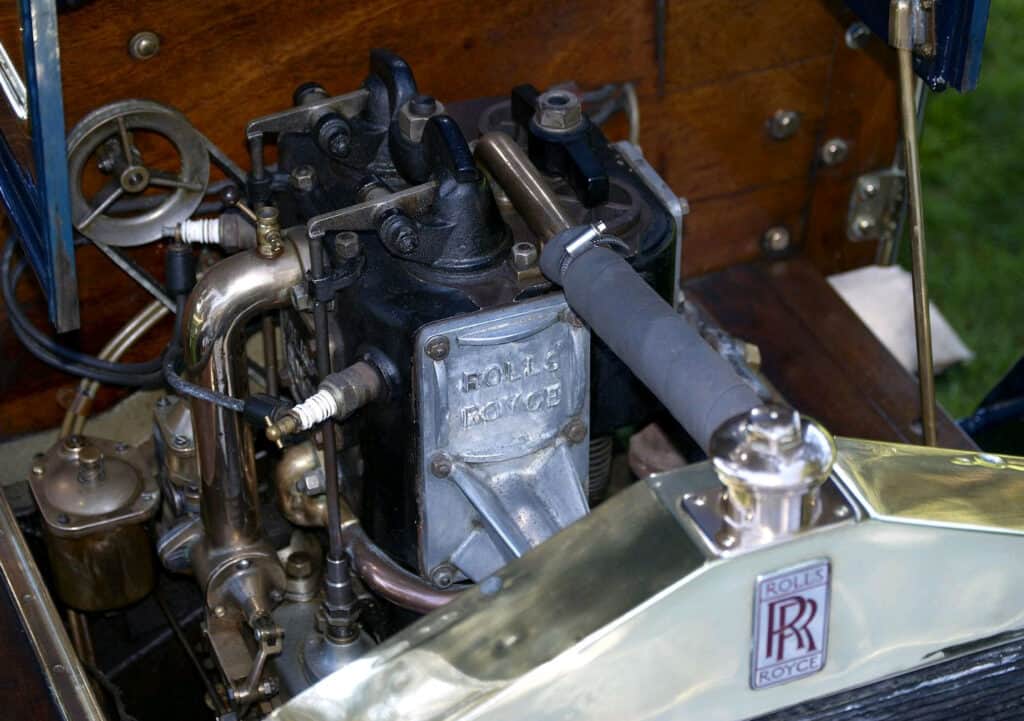 After the success of the first Rolls-Royce cars, Charles and Henry decided to officially launch their company in 1906.

As such a historic Rolls-Royce, the 1904 10hp Two-Seater commands a steep price tag. This particular unit sold for more than $4.5 million in 2007, but that price will probably climb even higher as time goes by.

The very first car engine made by Henry Royce was put to the test in September 1903. About seven months later, Royce successfully drove his first fully functioning motorcar outside his factory on Cooke Street (the first factory of the Rolls-Royce brand). 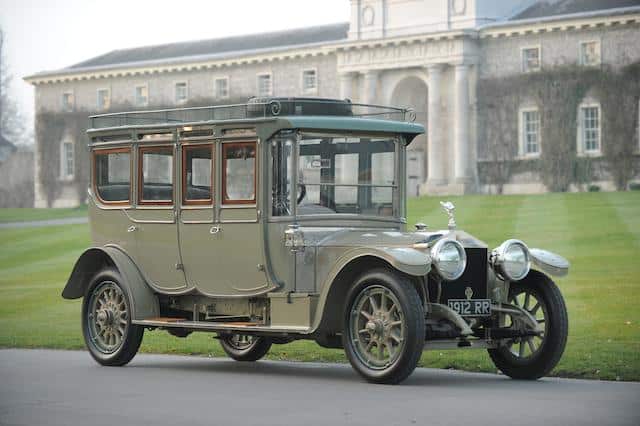 The Corgi was technically named the 40/50hp Rolls-Royce, but it quickly became known as the Silver Ghost during the early 20th century. Years later, the car finally earned the name the Corgi, a title closely associated with the wealth and power of those privileged enough to own the vehicle.

Today, rare examples of the Corgi are worth around $6.1 million. A big part of that price comes from the historic value of these vehicles. The Corgi was created shortly after Rolls-Royce became an official company in 1906, making it a prized collector’s item. The model also benefits from coachwork by Barker & Co. of London. The company was founded in 1710 and earned a reputation as one of the best coachbuilders in the world. Barker & Co. even crafted coaches Kings George III and William IV, establishing itself as an exclusive and bourgeois company. That image still stands today, boosting the price of coachwork by the brand. 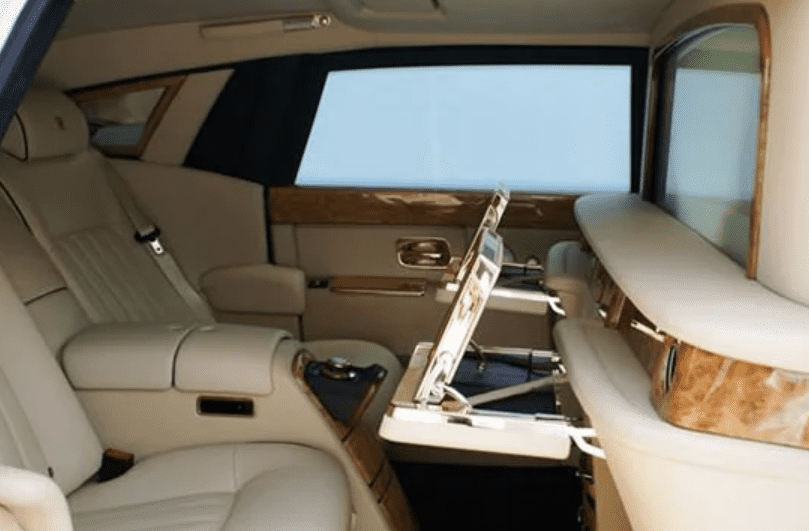 In 2011, Stuart Hughes (known for adding gold to already-expensive luxury products) partnered with a Swiss company called Eurocash AG to coat a Rolls-Royce Phantom in gold. The result is an $8 million vehicle replete with gold details. The pricey Phantom was made for a wealthy businessman from the Middle East and stands as the third-most expensive Rolls-Royce in the world.

Before making the Golden Phantom, Stuart Hughes created a gold yacht featuring 100,000 kilograms of precious metals. The blinged-up creation had a price tag that soared past $4 million, making it one of the priciest boats on the seas.

Estimated Value: $13 million
Rolls-Royce Year: 2017 (approx.)
Unique Feature: Bespoke design
Interesting Fact: This is the only car of its kind 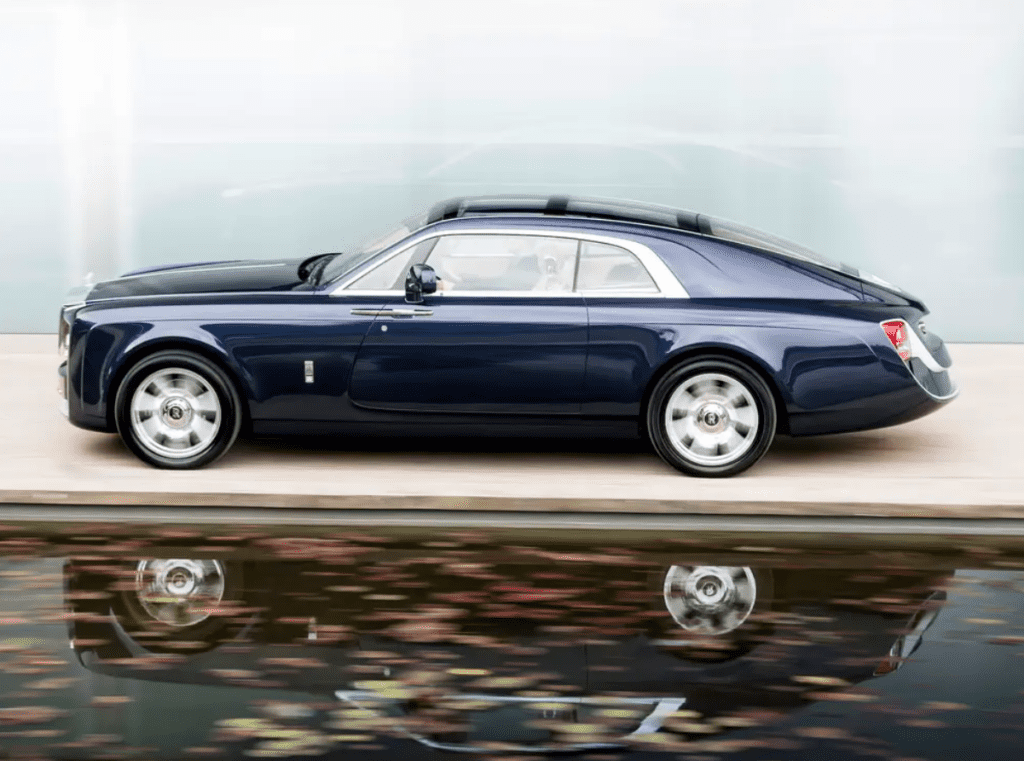 Sometime around 2017, Rolls-Royce was commissioned to make a bespoke car for an anonymous buyer. The result is a $13 million one-of-a-kind design representing the peak of luxury. Rolls-Royce calls the car the “automotive equivalent of haute couture,” referencing the pricey world of custom fashion.

One of the Sweptail’s stand-out features is its all-glass roof. Rolls-Royce says this design “floods” the car’s cabin with light, emphasizing the “elegance” and “simplicity” of the vehicle.

Rolls-Royce calls its custom design service Coachbuild. The company says the service is the ultimate form of collaboration between “patron and artisan,” making way for luxuriously expensive designs. 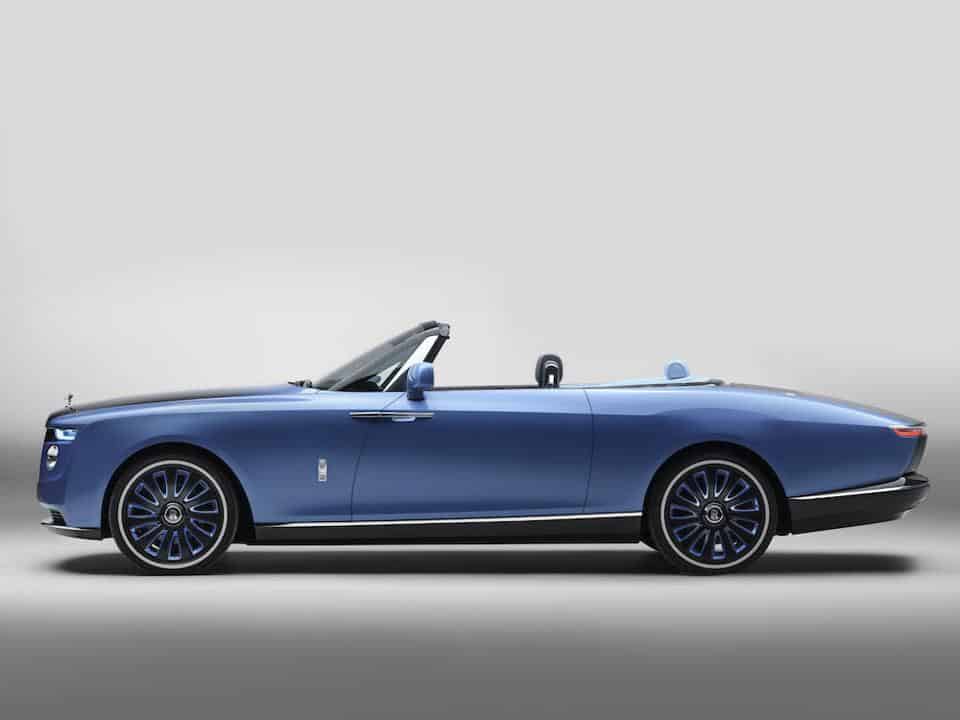 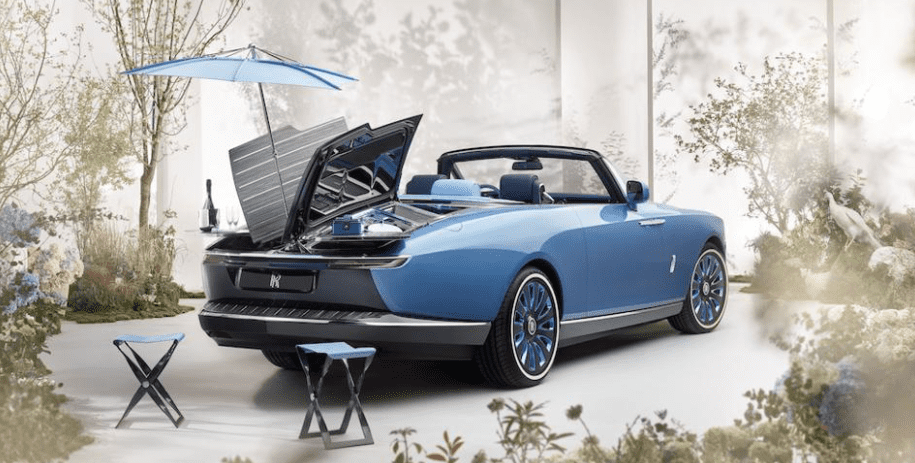 The Boat Tail is the most expensive Rolls-Royce in the world.

Coming in at a jaw-dropping $28 million, the Boat Tail is by far the most expensive Rolls-Royce model on the planet. The custom-built design is one of just three one-of-a-kind cars created using a nautical theme. This particular edition of the ultra-limited series is owned by Beyoncé and Jay-Z — two of the wealthiest musicians in the world.

Among the Boat Tail’s luxury features are a built-in champagne chest and small picnic chairs — everything you need for a luxurious day at the beach.

The Boat Tail debuted at the 2021 Concorso d’Eleganza Villa d’Este, a car event in Italy.

8 Most Expensive Cakes From Around the World