10 Most Expensive Hondas in the World

Honda Soichiro was a Japanese businessman and engineer born in 1906. In the ‘40s, Soichiro founded the Honda Technical Research Institute to research and develop efficient engines. A few years later, the Honda Motor Company was incorporated and started producing motorcycles.

Honda’s motorcycles were worldwide best-sellers by the late ‘50s, and the company started making cars in ‘63.

Today, Honda models are typically more affordable than other brands — but that doesn’t mean they’re all cheap. In fact, some Hondas sell for millions of dollars. From pricey motorcycles to rare concept cars, these are the most expensive Hondas in the world! 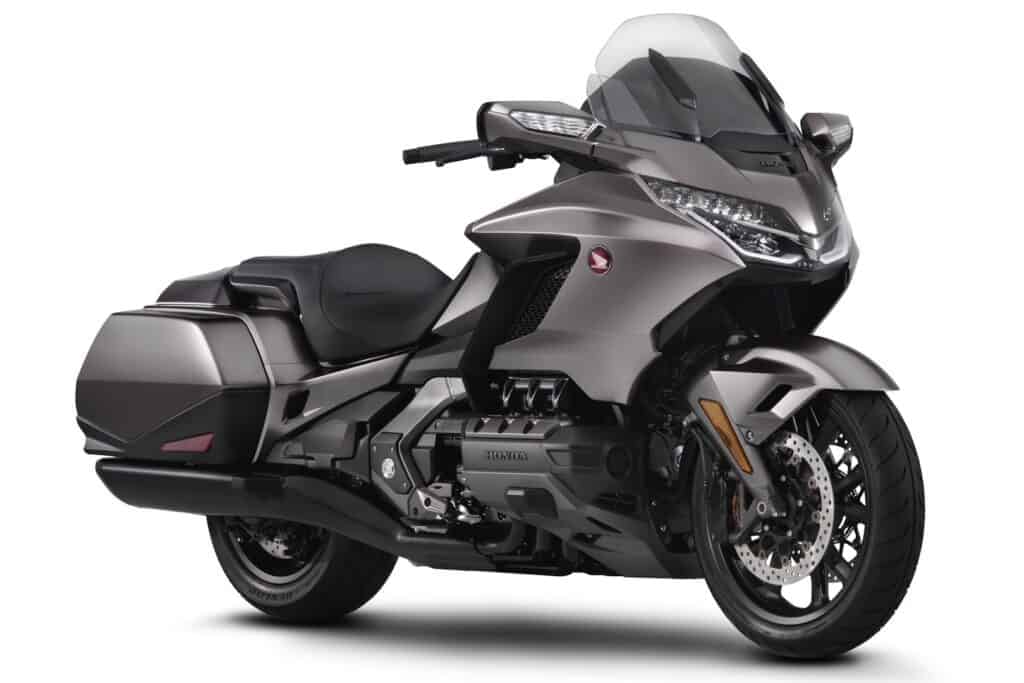 This Honda motorcycle has a suggested retail price of more than 20 grand. 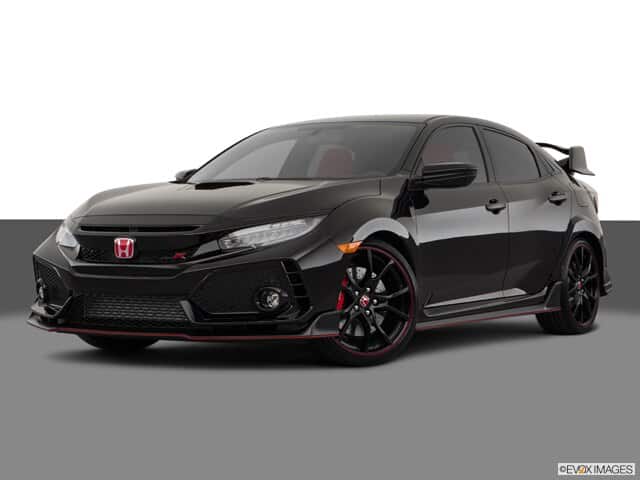 The Honda Civic Type R was available internationally for about 20 years before it hit U.S. markets. The 2017 release features a 306-horsepower turbocharged 2.0-liter 4-cylinder engine that hits 169 mph.

The car reaches 62 mph in less than six seconds and has a curb weight of just over 3,000 pounds.

According to Kelly Blue Book, the 2017 Honda Civic Type R has a suggested retail price of about 35 grand. Standard features include Apple CarPlay and dual-zone climate control.

This car features a lap timer on the infotainment display and a redline-warning light. 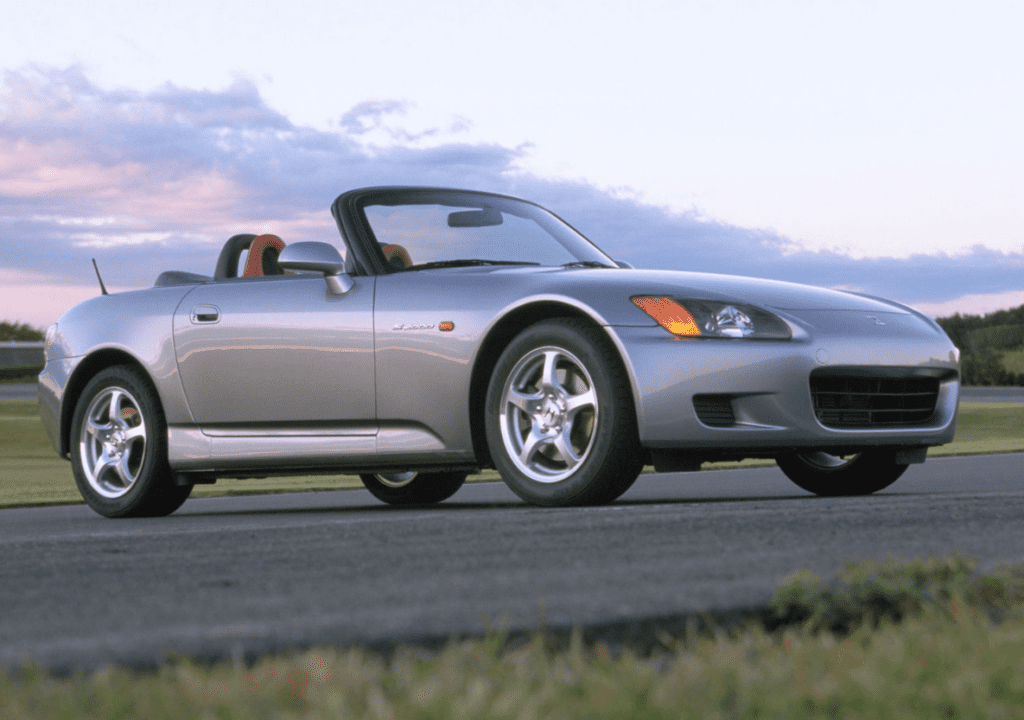 Honda S2000s made between 2000 and 2003 are called “original S2000s.” These cars feature a naturally aspirated 2.0-liter 4-cylinder engine that pumps out 240 horsepower, bringing the car to 60 mph in just under seven seconds. The car maxes out at about 160 and hits 130 in just over 30 seconds. Drivers get a six-speed transmission and rear-wheel drive.

This car was worth around 30 grand when it was released, but recent estimates say the price has climbed to nearly $50,000. Examples in poorer condition might sell for about $25,000. 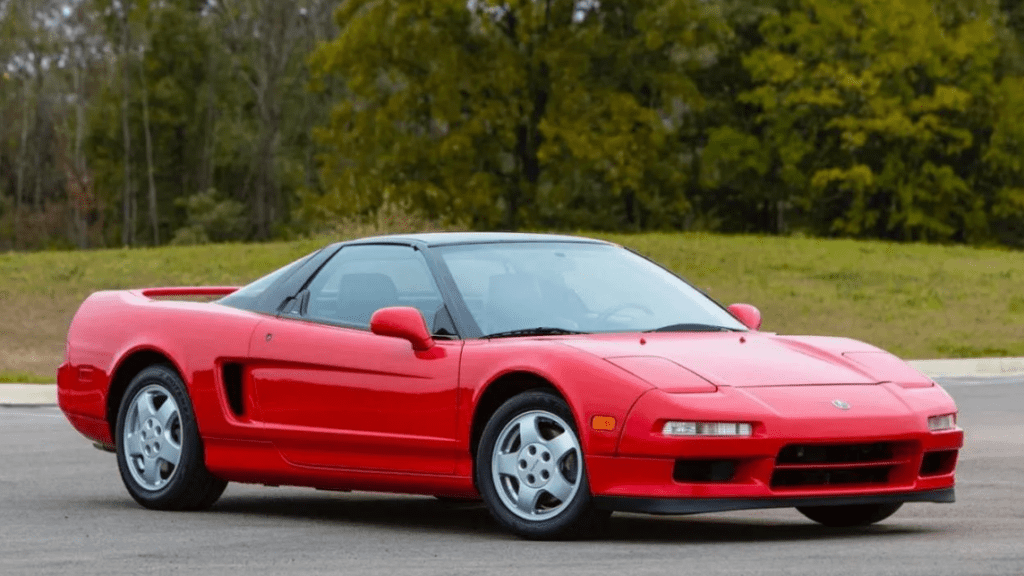 Honda was becoming a prolific supplier of F1 engines in the mid-’80s, and the company was already an established name in motorcycle racing. In 1989, the company doubled down on its growing “race car” image with the Acura NSX, a sleek car with a V6 capable of generating 270 horsepower.

The Acura NSX hit the market in 1990, and people were impressed. Tests showed the car hitting 60 mph in 5.7 seconds and one review said the car “deserves a place in the stratospheric performance league of sports/GT cars.”

Honda launched the Acura name in 1986 as the company’s new luxury car segment. 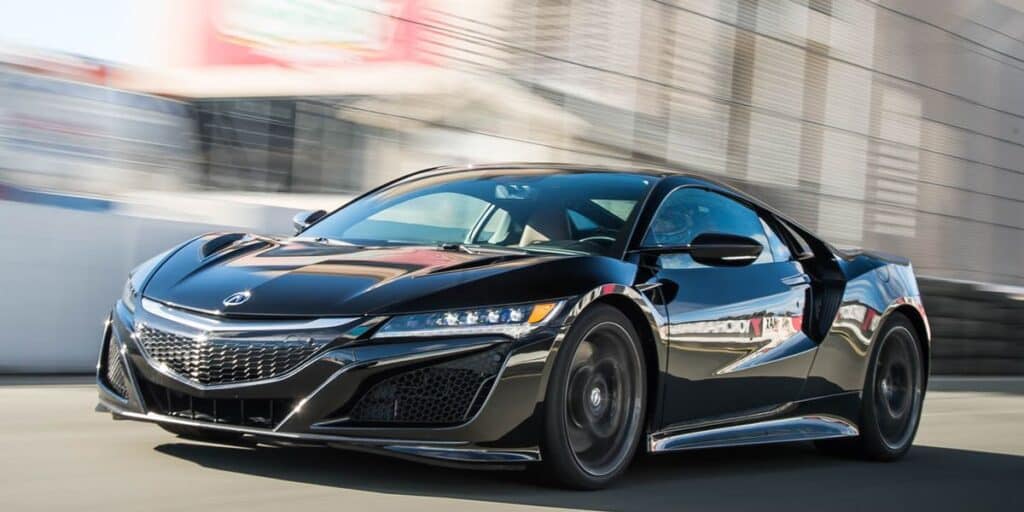 The 2017 Acura NSX was Honda’s new iteration of the NSX name. The model has a unique engine setup, including a turbocharged V6 and three electric motors. The car offers more than 570 horsepower and has an average price tag of about $150,000. Analysts say the most expensive 2017 NSXs go for closer to 190 grand, while the cheapest are worth about 140.

Honda expanded beyond Japan in 1959 when it established the American Honda Motor Company. The company started making motorcycles in ‘79, then cars in ‘82. Today, most of Honda’s sales are automobiles rather than motorcycles. 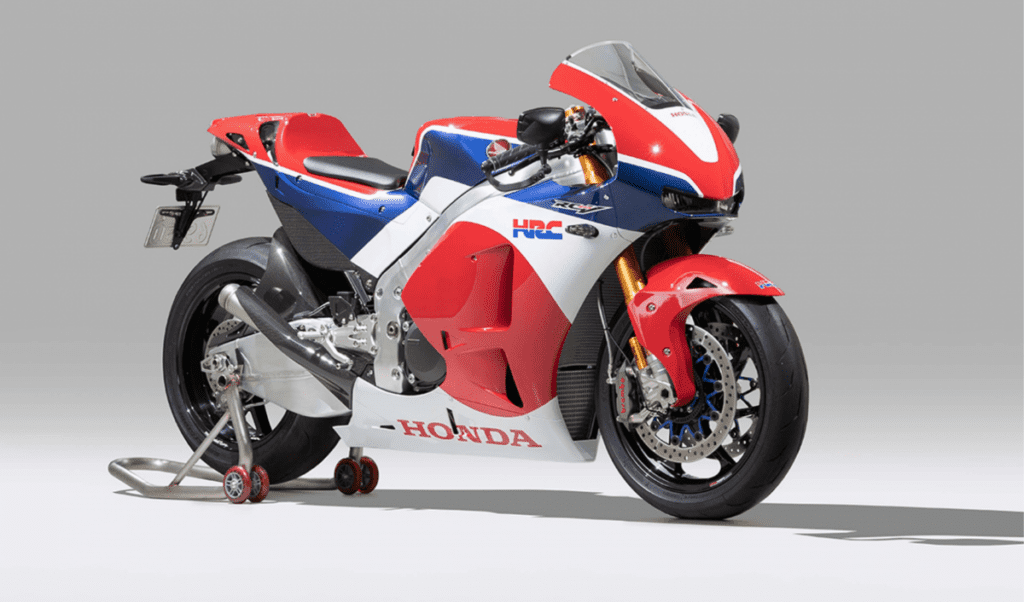 As of 2022, this motorcycle is the most expensive Japanese bike to sell at an auction. 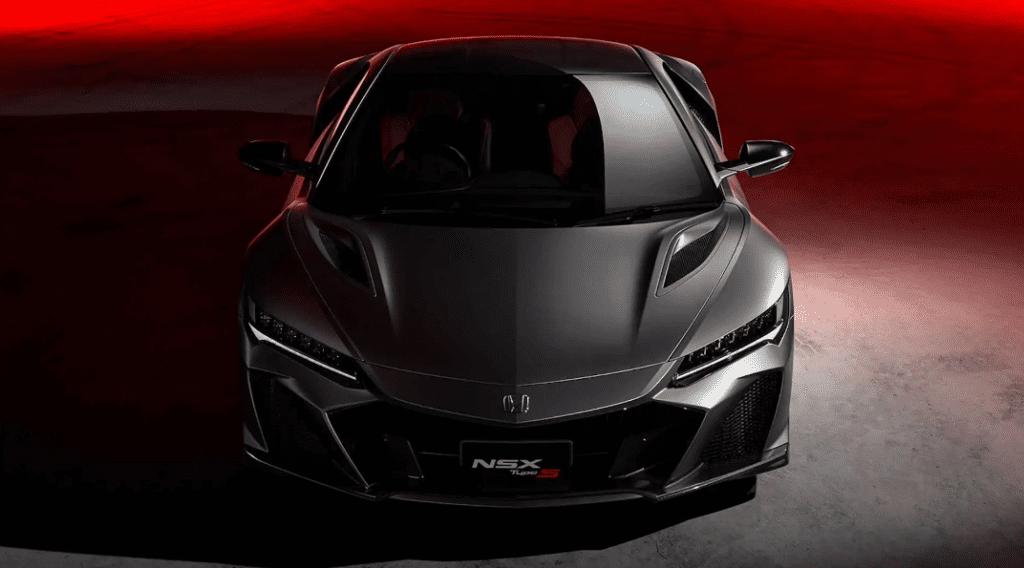 The rare NSX Type S is a high-power sports car with a twin-turbocharged 3.5-liter V6 engine. The car reaches nearly 200 mph and hits 60 in an estimated 2.7 seconds — it’s crazy fast.

Just 350 NSX Type S were made, and only 30 of those cars hit the Japanese market. The car has different prices depending on the country, but the car sells for more than $250,000 in Japan. U.S. customers get a pretty big discount at about $170,000. Either way, this is a pricey and rare Honda sports car.

This car offers 600 horsepower. Buyers can opt for the Lightweight Package and spend a little more, or stick with the standard to save cash. Both versions are worth more than $100,000 in the U.S. 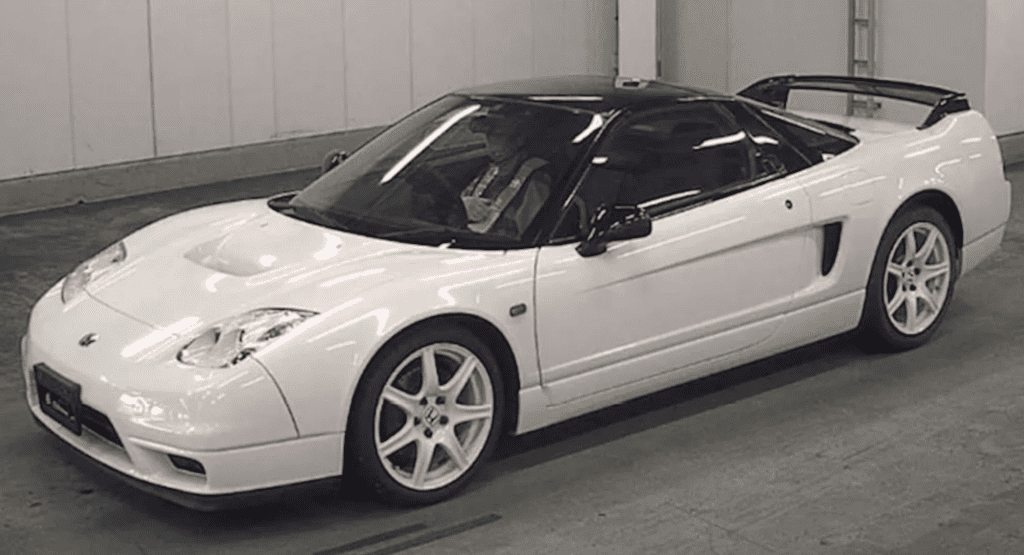 In 2005, Honda made 27 high-end sports cars called the NSX-R. The rare vehicle features a 3.2-liter V6 engine and a lighter build than the standard NSX, making it faster and more powerful overall. Honda made 140 NSX-Rs in total, but the 2005 editions were the first ever created and consequently the most collectible. 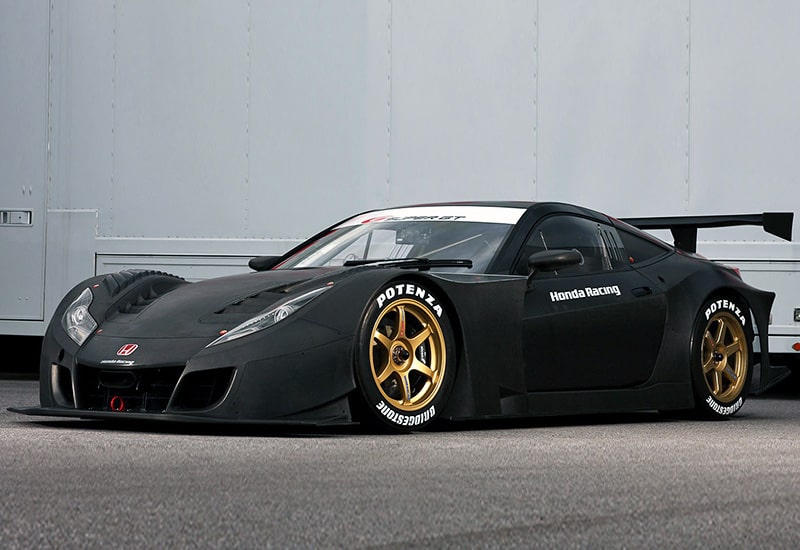 Coming in at number two is the rare and expensive Honda HSV-010 GT500 Super GT, a powerful racer capable of reaching 60 mph in 3.5 seconds. The fast car features a 3.4-liter naturally aspirated V8 engine pumping out more than 500 horsepower.

According to estimates, Honda’s pricey and fast GT is worth about $900,000. That steep price tag puts it on par with vehicles like the Lamborghini Aventador S, a beast that hits 100 mph in less than three seconds.

Before it was released, rumors said this car would have a V10 engine. That didn’t pan out, but a V8 is nothing to sneeze at. 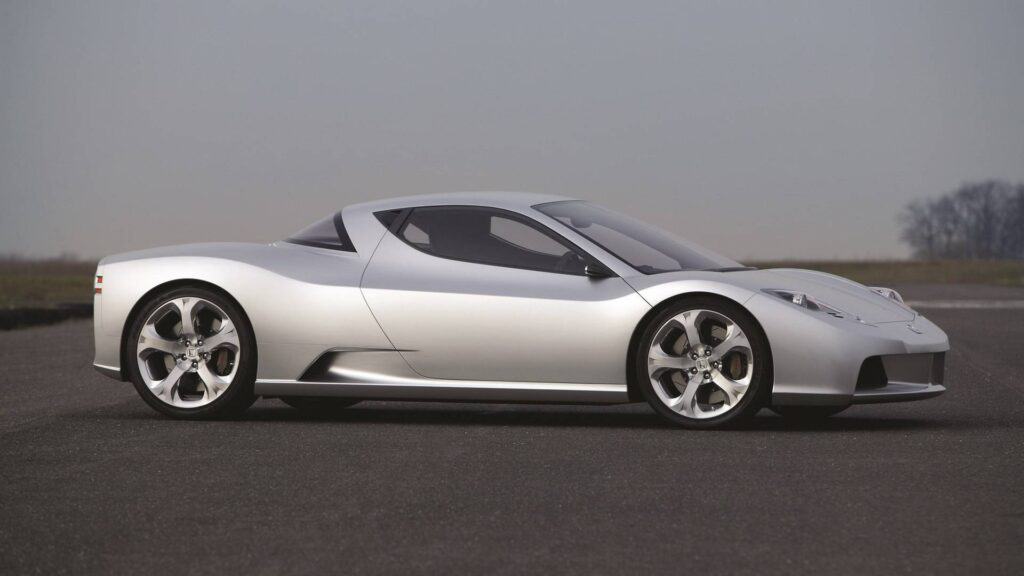 The Honda HSC Concept Car is the most expensive Honda in the world.

At $2 million, the Honda HSC Concept Car is by far the most valuable Honda ever created. The wildly expensive vehicle was made in 2003 and features a solid 3.5-liter V6 engine and 300+ horsepower.

Honda made this car purely as a concept. The company confirmed that it was just a concept car a few years after its debut, which was pretty disappointing for some fans. People thought the car would be the successor to the NSX, but only one was made and further production never happened.

Today, the one-of-a-kind Honda HSC Concept Car is worth an estimated $2 million, making it the world’s most expensive Honda.

This car hits 60 in less than four seconds before maxing out at 186 mph.

8 Unique and Rarest Octopus Species in the World

10 Most Expensive Electric Cars Currently on the Market