10 Most Expensive Electric Cars Currently on the Market

William Morrison was a chemist living in Iowa during the 1800s. In 1890, Morrison created one of America’s earliest electric cars. The six-passenger automobile hit speeds of about 14 mph and paved the way for newer, better electric vehicles.

At first, electric cars looked set to be a common and popular choice for many drivers. In urban areas, wealthy women often used these vehicles for short trips around town.

Electric cars can be pretty pricey today. From a luxury Mercedes-Benz to bespoke supercars, let’s look at the most expensive electric cars in the world. 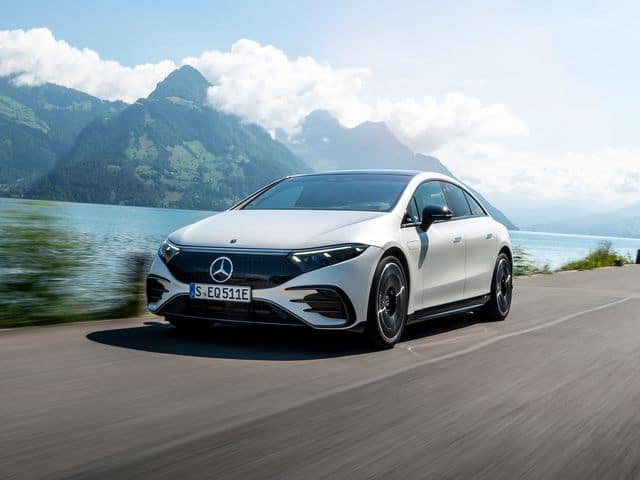 This 2022 electric-powered Mercedes-Benz features airmatic air suspension, an optional sunroof, and up to 350 miles of range per charge. The car offers a whole bunch of tech, including remote motor start so you can get your car ready before you even get in. There’s also a voice recognition system for driver controls.

Overall, the 2022 Mercedes-Benz Mercedes-EQ EQS costs more than $100,000 for the base configuration. Higher-end model upgrades can surpass the 120,000-dollar mark.

This car features specialized 30-minute fast-charging abilities so you can get your car powered up and ready to drive faster. 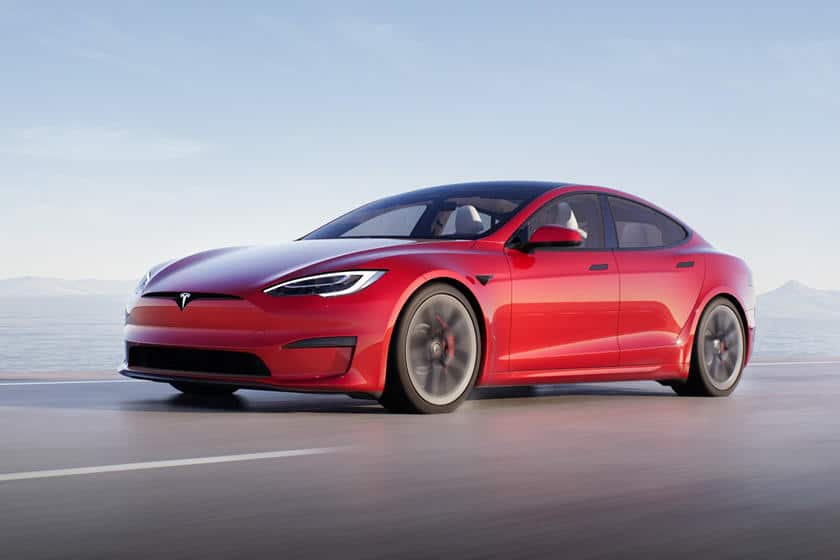 Tesla is definitely one of the biggest names in electric cars — and the brand’s Model S Plaid is one of the most expensive on the market.

In 2022, Tesla released a Model S Plaid featuring the company’s first triple-motor setup. All that power shoots the car up to 175 mph. The Model S Plaid has a per-charge range of nearly 400 miles, and high-end features like a glass roof and autopilot give the whole thing a futuristic feel.

This car goes from zero to 60 mph in less than two seconds. 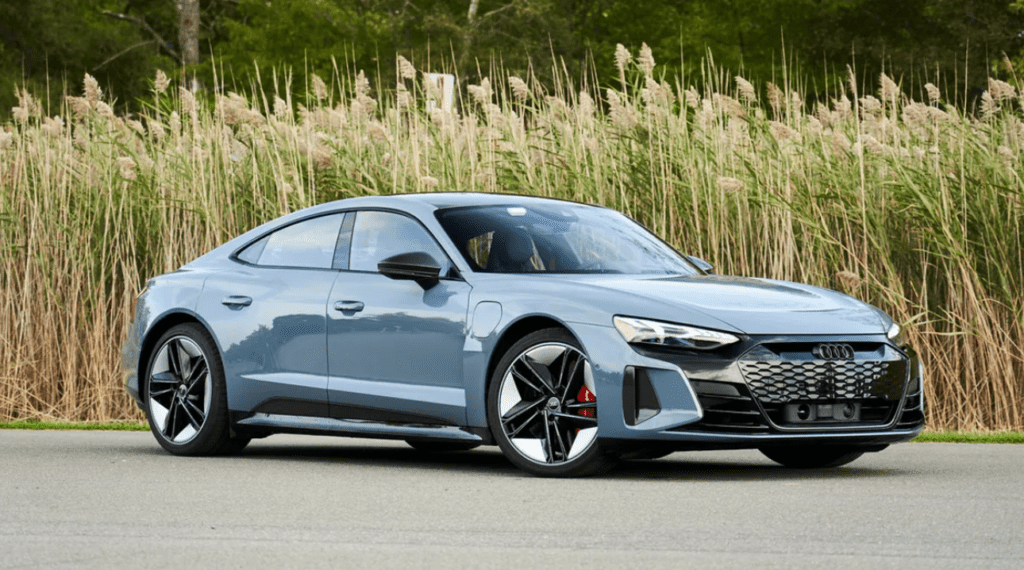 Audi is no stranger to expensive cars. In 2012, the brand introduced a race car valued at about $30,000,000, so this RS E-Tron GT is comparatively pretty cheap. The car features 590 horsepower and a range of about 230 miles per charge. Drivers sprint from zero to 60 in less than four seconds, and the car’s electric motor setup gives enough power to hit 150 mph.

When it comes to tech, this electric car offers sleek, high-end touch controls and a virtual cockpit gauge setup.

All that luxury comes at a steep price. The final cost depends on specific optional features, but the Audi RS E-Tron GT costs approximately $140,000.

This car features a carbon-fiber roof. 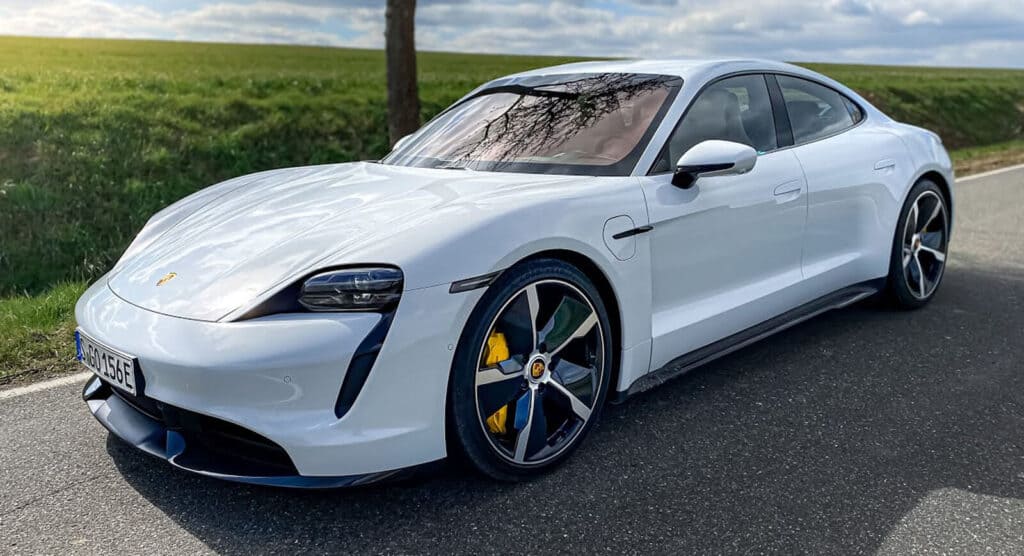 The Taycan Turbo S is Porsche’s first electric vehicle, and the company went all out. The 750-horsepower car has enough power to sprint from zero to 60 in a quick 2.6 seconds — that’s crazy fast. It’s also capable of reaching 155 mph in just 15 seconds before maxing out at just over 160.

You’ll have to pay if you want a powerful and fast electric sports car: Porsche priced its 2022 Taycan Turbo S at more than a hundred eighty thousand dollars.

One Porsche dealer says this car was built to take on Tesla: “The Porsche Taycan was developed to challenge the Tesla Model S. While Tesla has access to a vast network of charging stations, the Porsche Taycan is all about performance.” 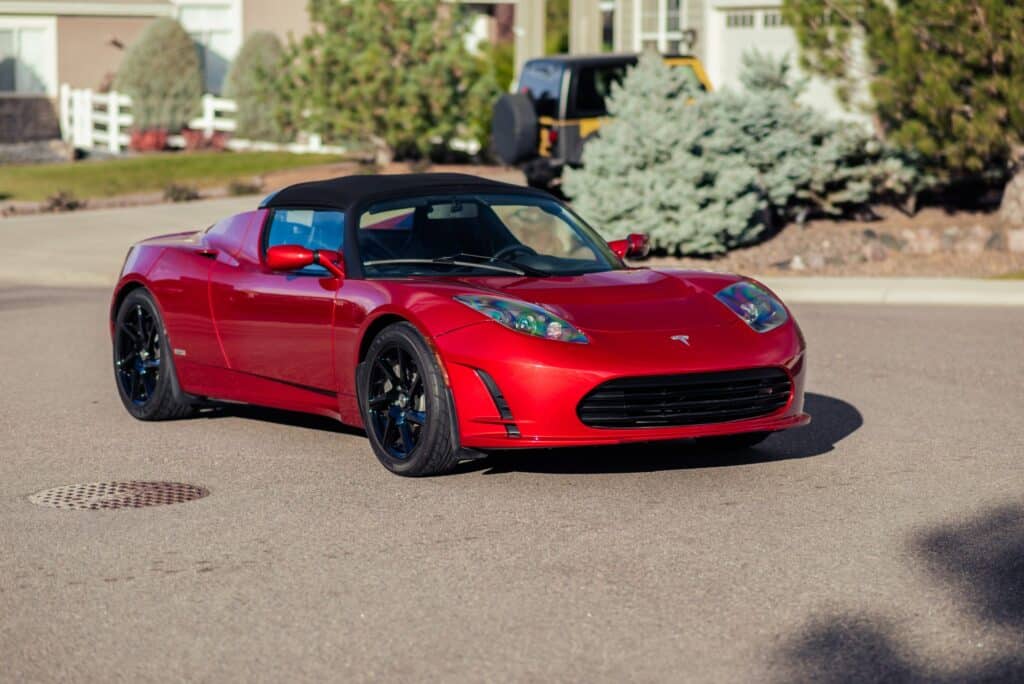 Tesla released its first car in 2008, then released an all-new Tesla Roadster in 2011. The expensive car features two seats, rear-wheel drive, and a 288-horsepower electric motor.

In 2022, one of these groundbreaking cars sold for nearly $200,000. The price was about 60 thousand dollars more expensive than the car’s original cost, leading some to question if there’s a new market for collectible electric vehicles.

Whether or not the 2011 Tesla Roadster keeps getting more expensive over time, there’s no denying this car is pretty luxurious. The vehicle features a convertible soft-top and acceleration from zero to 60 in less than four seconds. Would you buy one?

The Drako GTE was made by Dean Drako, a Silicon Valley businessman and CEO of Barracuda Networks. Drako worked with Shiv Sikand to develop his electric supercar.

This powerful vehicle offers 1,200 horsepower and fast-charging capabilities alongside an array of four “permanent magnet hybrid synchronous motors.” The car’s power has been called “colossal,” and it’s not hard to see why. The vehicle has a top speed of more than 200 mph and features a combined wheel torque of 8,800 Nm.

Overall, this electric car is worth more than a million dollars. 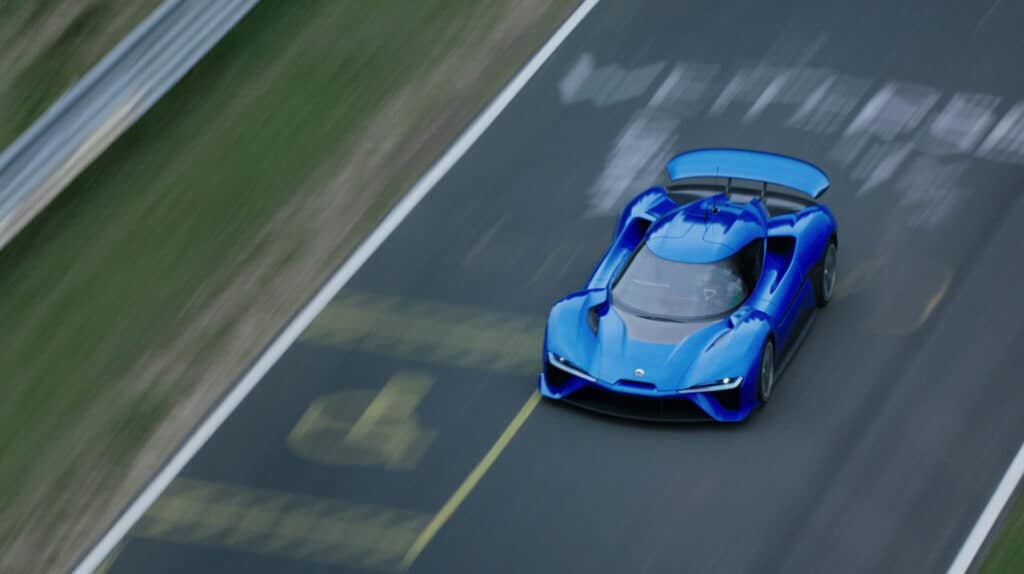 Nio originally made just six examples of its EP9 electric car, but popular demand led the company to make 10 more. The vehicle was originally priced at nearly one and a half million dollars, but that price will probably climb higher over time since these cars are so rare.

Nio’s original EP9s were sold to early investors. The company announced its second production at the 2017 Shanghai auto show, but it was unclear exactly who was allowed to buy one. Whoever got an EP9 would have a lot of power in their hands. The electric supercar hits 60 in less than three seconds and offers more than 1,300 horsepower — yeah, that’s a lot.

This car features 1,091 pound-feet of torque.

Heading into the top three we’ve got a custom hypercar made by Hispano Suiza. The vehicle was Suiza’s first for a client in the U.S., and the design is completely made-to-order.

The buyer asked for gullwing doors, an all-electric setup, and more than 1,000 horsepower. They also requested a special purple paint that matches the color of their favorite flower.

Overall, this one-of-a-kind car is worth nearly $2 million. Hispano Suiza is only going to make 24 custom vehicles like this, and each will be personalized to the buyer’s taste. 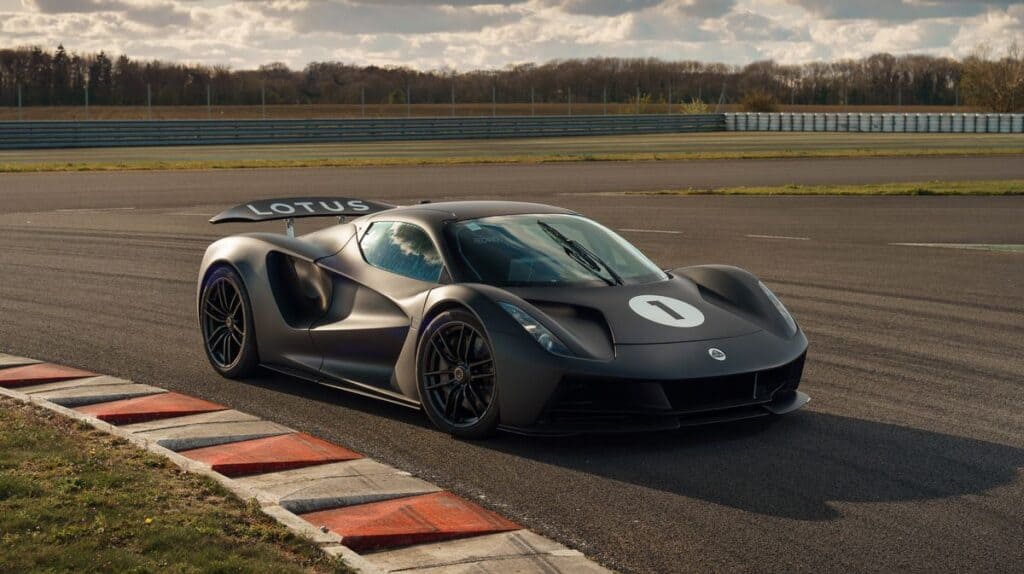 At number two is the fastest Lotus ever made: the Lotus Evija. The hypercar features nearly 2,000 horsepower, hits top speeds of more than 200 mph, and dashes past 60 in less than three seconds. The wildly powerful vehicle is worth more than two million dollars, and reports say just 130 examples of this cutting-edge racer will be produced.

This car has four very powerful electric motors. “The star of the show is the Evija’s muscle-bound electric powertrain,” says one review, “Motivation is provided by a team of four electric motors…[generating] 1254 lb-ft of torque.” 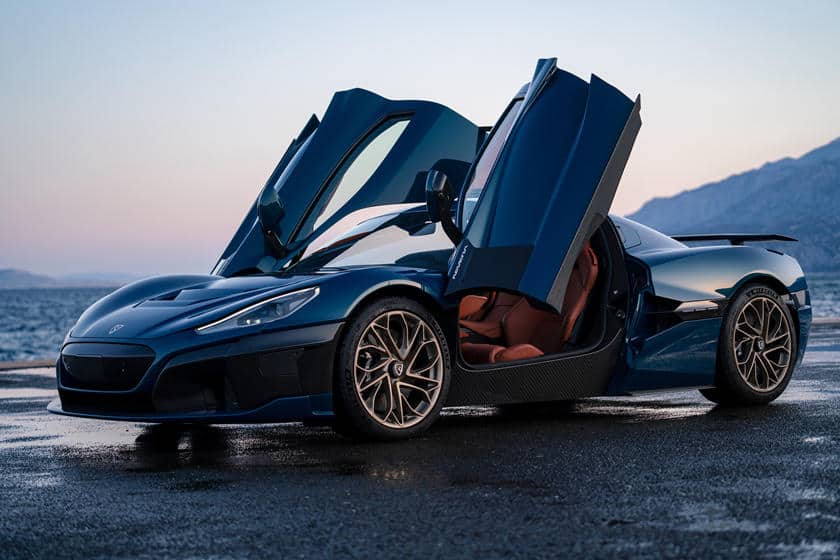 The 2022 Rimac Nevera is the most expensive electric car.

This car is insanely powerful. With four electric motors, the vehicle sprints to 60 in less than two seconds and hits 258 mph with ease. The car’s collection of four motors generates nearly 2,000 horsepower, and carbon construction elements push the performance to an amazing level.

As with other expensive cars, the 2022 Rimac Nevera is a limited-edition model. Only 150 units will ever be built, and each is priced at nearly two and a half million dollars.

This car is powerful, and reviewers are kind of awestruck. One review calls the car’s performance “record-shattering” and describes the vehicle as outrageously powerful.

10 Most Expensive Hondas in the World

9 Most Expensive Houses Currently for Sale in Arizona