10 Most Expensive Helicopters in the World

The first successful helicopter took off on September 14, 1939, in Stratford, Connecticut. The aircraft was designed by Igor Sikorsky and built by the Aircraft Division of the United Aircraft Corporation.

The flight lasted just a few seconds, but those moments were groundbreaking. Taking off vertically, hovering mid-air, and moving in any direction were incredibly forward-thinking capabilities compared to modern airplanes of the era — so it’s no surprise that the helicopter stuck around through the decades.

Today, helicopters have a big price range. With this list, we’ll look at the top 10 most expensive helicopters in the world. Keep reading to learn more! 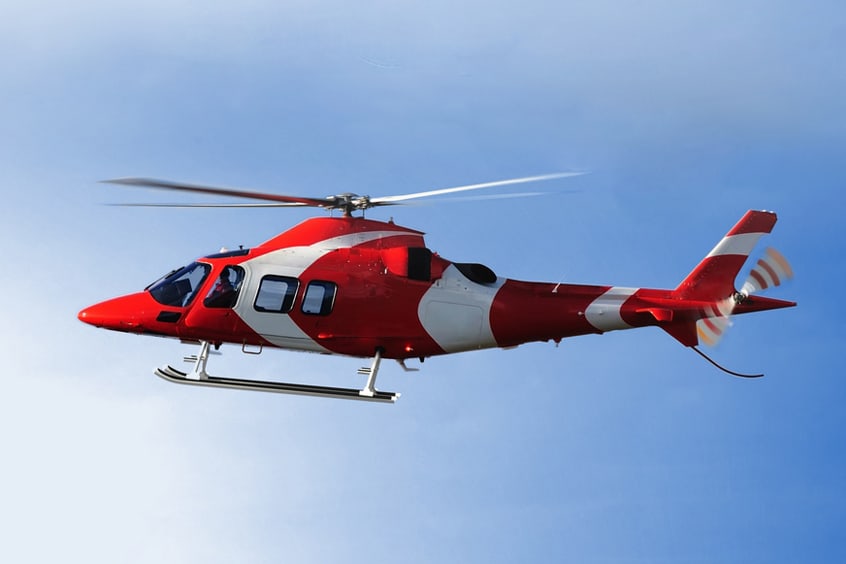 First up is the pricey Agusta 2015 A109 Grand New, a six-passenger helicopter that travels at about 180 miles per hour. The craft began production in the ‘70s, and newer editions like this 2015 version offer style and engineering updates.

Prices depend on the helicopter’s condition, but you could easily spend up to six million dollars on one of these aircraft. Used ones go for less, but you’ll still need a few million to get your hands on one.

This helicopter’s cabin measures 4.17 feet tall and 5.25 feet wide. The six-passenger space is just over 11 feet long, so there’s a good amount of room for flying around town.

At number nine is the Sikorsky S-76C++, an expensive aircraft with a range of 335 nautical miles (about 385 standard miles). The six-passenger helicopter was made from 2006 to 2012 and is used for things like coast guards, ambulances, and police.

According to estimates, the typical cost of a 2006 Sikorsky is $3.5 million. The newer 2012 model is usually worth just under $7 million, but it could sell for as much as $13 million.

This helicopter requires two pilots to operate. The aircraft has a max takeoff weight of 11,700 pounds and can fly at a max altitude of just under 14,000 feet.

The Airbus Helicopter EC145 is an eight-passenger aircraft that travels up to 150 kts, or about 172 miles per hour. The craft has a range of up to 380 nm, equalling about 437 miles, meaning this helicopter can fly for a really long time over great distances.

Still, that distance is nothing compared to modern passenger jets, which can fly for ranges in the thousands.

Overall, the Airbus Helicopter EC145 costs about $8.7 million. The aircraft was made between 2001 and 2014, requires two pilots, and has a max takeoff weight of just over 7,900 pounds.

This helicopter can fly at a max of 18,000 feet above the ground.

Coming in at number seven is the Leonardo AW139, a speedy helicopter with impressive range. The aircraft travels up to 460 nm, or about 529 miles. Eight passengers can enjoy a trip on the craft while two pilots keep things moving up front. The Leonardo can fly to heights up to 20,000 feet and maintain a takeoff weight of 14,110 pounds.

According to estimates, this helicopter costs between $5.5 and $11 million, with many selling for right around $9 million. Would you buy one?

Leonardo production started in 2004. As of 2022, the copter is still in production.

The Airbus H155 helicopter started production in 2003 and is still going strong as of 2022. According to reports, the aircraft “is designed for a wide range of missions, including private and business aviation, emergency medical services (EMS), and law enforcement operations.”

Estimates vary, but you could easily spend upwards of $10 million on this aircraft. Some even sell for $14 million, making this six-seater the sixth most expensive helicopter in the world.

This helicopter has a max altitude of 15,000 feet. That’s pretty high, but it’s way lower than modern passenger jets. The commercial airliners that take you on vacation typically hit a max of just over 40,000 feet. 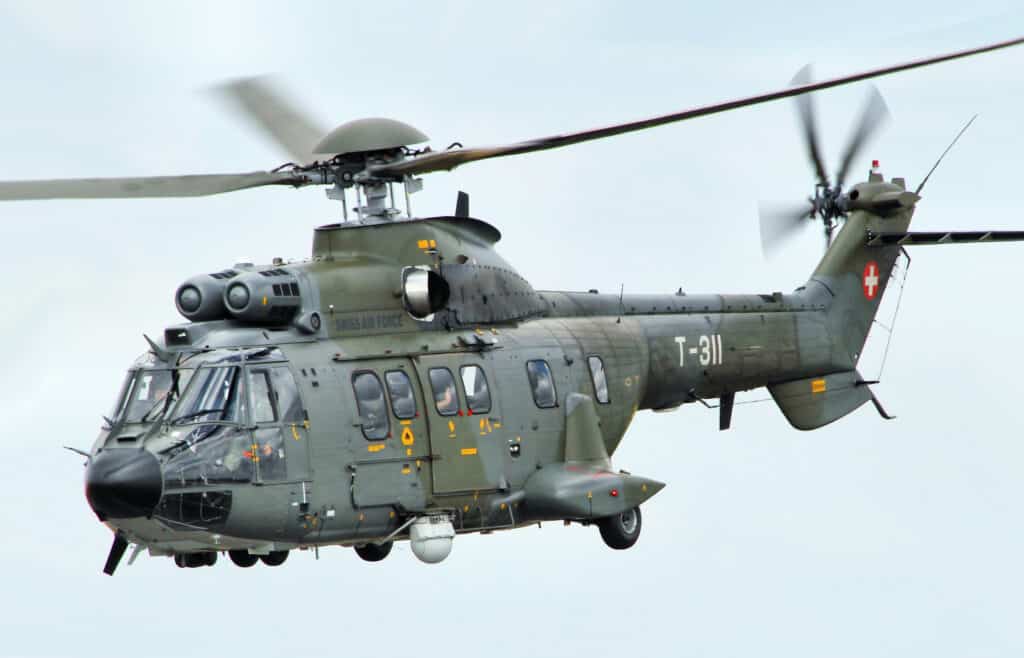 At number five is the Eurocopter AS332 Super Puma, a helicopter used for things like safely transporting world leaders. A variety of global militaries use this copter, including the Brazilian Air Force and the French military. The helicopter has also been used by various countries during the war in Afghanistan.

Like other high-end helicopters, this aircraft is fast and has a long travel range. The copter flies at speeds up to 172 mph for up to 460 nm. The aircraft hits a max altitude of 19,750 feet above the ground and climbs over 1,600 feet per minute.

This helicopter has 1,877 horsepower.

The high-capacity Airbus H175 helicopter can seat up to 10 people in its large cabin. At 151 kts, the copter’s quick cruise speed is matched by its travel range of about 680 miles. The aircraft shoots up to a max altitude of 15,000 feet, handling up to 17,196 pounds of takeoff weight with two pilots in the cockpit.

At $17 million, this is the fourth most expensive helicopter in the world. The aircraft is typically used by professionals for medical emergencies and search and rescue missions.

Heading into the top three most expensive helicopters we’ve got the impressive Sikorsky S-92, a high-capacity aircraft traveling up to 178 miles per hour and offering a range of nearly 440 nautical miles. Passengers cruise up to 15,000 feet in the air and enjoy a cabin measuring 19 feet long. Production started in 2004 and is still active as of 2022.

Overall, the large Sikorsky S-92 is worth a whopping $27 million. The expensive helicopter is typically used for important things like search and rescue and high-profile transportation.

This helicopter can handle a takeoff weight of more than 26,000 pounds. The aircraft’s top cruise speed is measured when the cabin is full of passengers, so it could fly even faster when fewer people are on board.

Coming in at number two is the Leonardo AW101 helicopter. Like other expensive copters, this aircraft has a big passenger capacity of 10 people. Those aboard the aircraft enjoy a relatively big cabin, but the copter is more often used for warfare than leisure.

As a military aircraft, this helicopter has to handle a lot of takeoff weight. Thankfully, the design can carry up to 32,187 pounds of military gear — that’s a lot!

This helicopter can fly at a max of 15,000 feet above the ground. The aircraft has a cabin measuring 21 feet long and requires two pilots to fly. 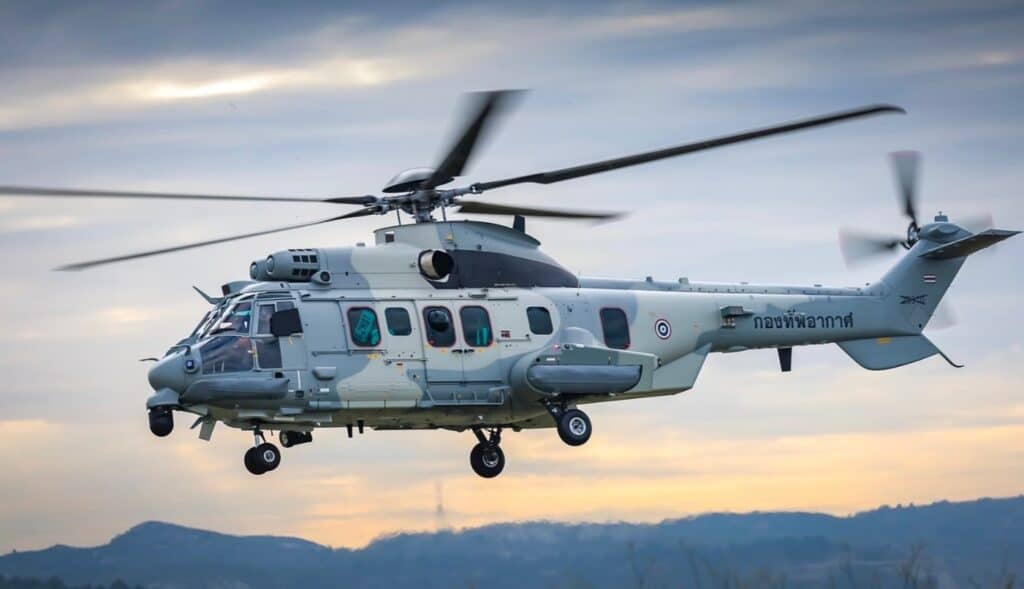 The Airbus H225 is the most expensive helicopter in the world.

This big helicopter is often used by militaries and search and rescue missions. The massive cabin fits up to 12 people, providing enough room for rescue and military teams alike. Reports say the quick aircraft travels up to about 174 miles per hour and has a range of up to 354 nautical miles.

Valued at $28 million, this is easily the most expensive helicopter in the skies. Would you fly in one?

This helicopter has a large cabin measuring over 25 feet long and 6 feet wide. The aircraft can fly up to 15,320 feet above the ground and handles more than 24,000 pounds of takeoff weight.

9 Most Expensive Espresso Machines Currently on the Market