8 Most Expensive Ferraris Ever Made

The luxury sports cars known as Ferraris are synonymous with designer racers and upscale Italian car building, even today. The brand was founded in 1939 by Enzo Ferrari, but it hit its heyday in the late 50s to the late 60s when a Ferrari roaring down the track at numerous Formula One races was an event unto itself. Ferrari’s racing team is the oldest and most successful in the world, earning 15 total drivers’ championship awards.

Brand Finance rated Ferrari “the world’s most powerful brand” in 2014. In 2018, one of its cars became the most expensive car in history. Continue reading to learn about that car and more as we go into the construction and performance of the 8 most expensive Ferraris ever made. 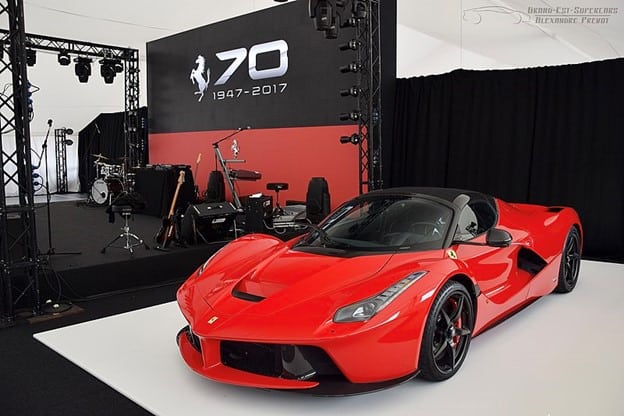 The newest car on this list (we just had to include one from the 21st century) is the LaFerrari Aperta, made from 2016 to 2018. It has an open-top construction, with models limited to 200 in production and then nine more for the Ferrari 70th Anniversary. One final model was sold at auction at an RM Sotheby’s event for $9,989,340.50, appropriately held at Northern Italy’s famed Fiorano track, owned by Ferrari.

This makes it the most expensive modern car out there, driven by exclusivity to that amazing final price as 12 collectors tried to outbid each other for a car that is no longer available for purchase. Aperta #210 is truly a thing of rare beauty.

LaFerrari Aperta is a hybrid model with a 6.3 L V12 engine as well as a 120kW electric motor. “LaFerrari” translates to “The Ferrari,” which some collectors have interpreted as implying that this car is the definitive Ferrari. 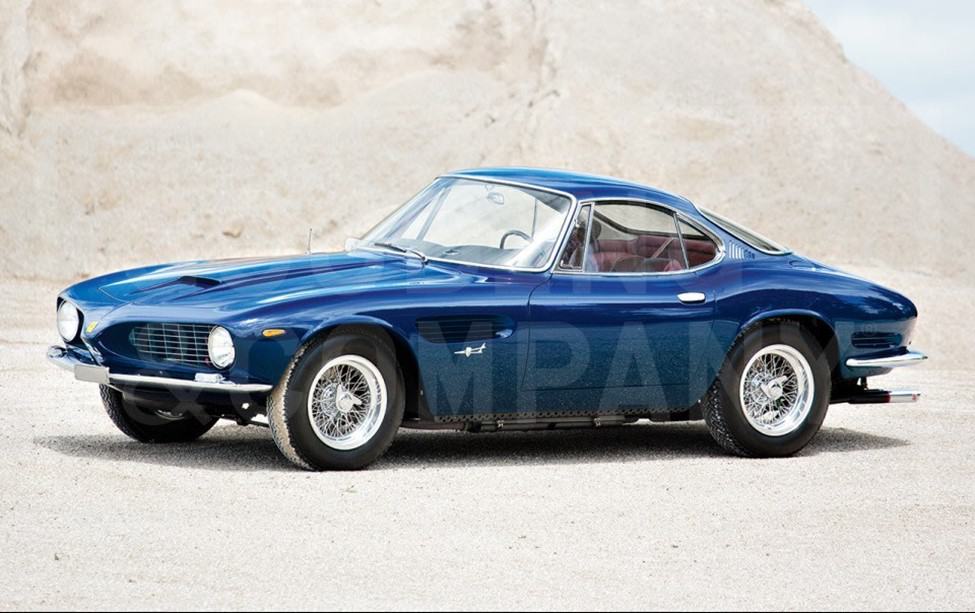 The Ferrari 250 GT SWB Berlinetta Speciale is the first of many classic cars on this list, made in 1962 on a 3269 GT chassis. It was designed as one of Ferrari’s now legendary “shark nose” racers and served as the personal car of Nuccio Bertone. Its 2,953 CC SOHC Tipo 168/61 V-12 Engine certainly made no secret of itself – you knew when this incredible machine was coming around the bend.

This amazing vehicle was sold at a 2015 Pebble Beach auction through Gooding & Company for $16.5 million.

The designer Nuccio Bertone is known for racing Fiat and Maserati supercars before turning to coachbuilding, starting with the 200 MGs in 1952. After that, he went on to design many famous cars, including the Fiat 850 Spider, Simca 1200S coupe, and this Ferrari, which he made his personal vehicle. 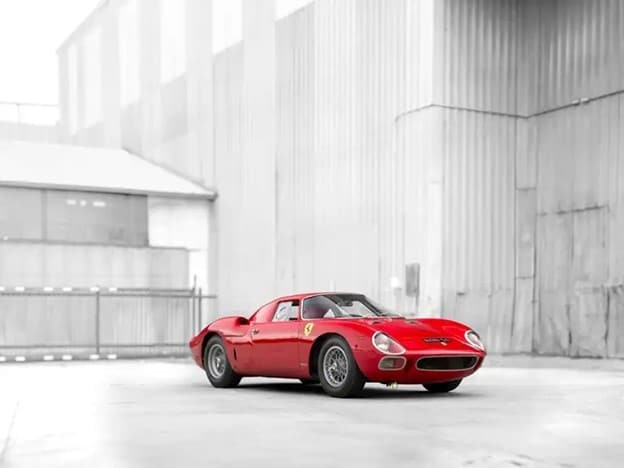 In 2015 at a Sotheby’s auction in Monterey at the Portola Hotel & Spa, this Ferrari 250 LM sold for $17.6 million. Its chassis is marked as the 23rd of 32 cars in this model ever made, widely considered by collectors to be one of the most prestigious Ferraris of all time.

With 320 hp in its 3,286 cc V-12 engine, the Ferrari 250 LM was the top of its time. After being designed by Scaglietti and ordered through Maranello Concessionaries, it was raced throughout the 1964 season, winning many first-place awards at prestigious events.

This Ferrari 250 LM has had many owners. After 20 years of being in the Maranello’s Fry family, it was sold to a collector in Tokyo named Yoshiyuki Hayashi and then another Japanese collector named Yoshiho Matsuda. Matsuda contributed to the fame of this car after he featured it in a book called “Rosso Corsa – Matsuda Collection.” 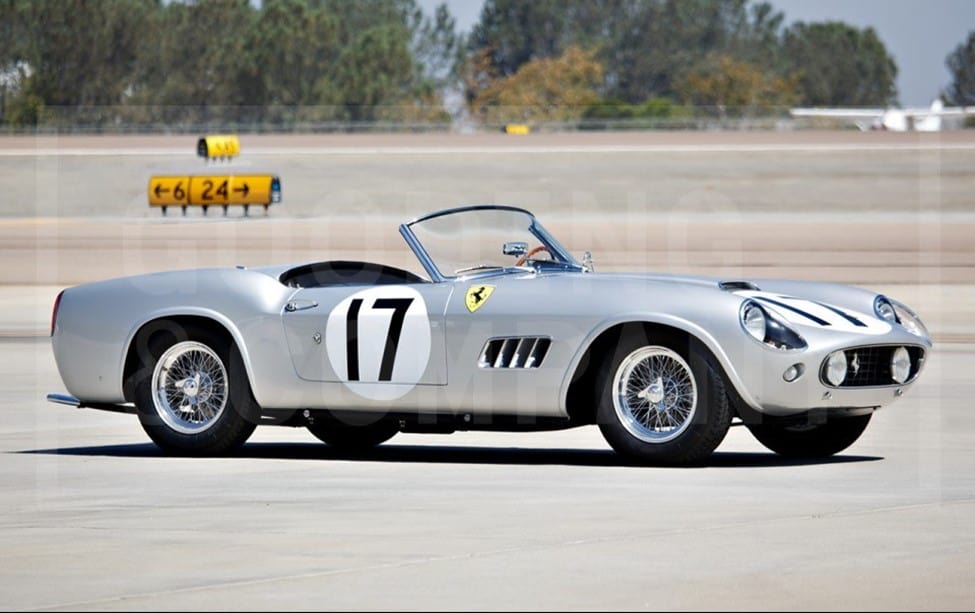 The Ferrari 250 GT LWB California Spider Competizione is a mouthful to say, but it happens to be one of Ferrari’s oldest and most venerated racing vehicles, with the classic 1603 GT chassis. Though many of these were produced, only nine had the alloy body that this one did, selling at a Gooding & Company auction for $18.15 million.

This car came equipped with a 2,953 cc SOHC Type 168 V-12 Engine, an independent coil-spring front suspension, and Houdaille shock absorbers. With an engine rated for 275 BHP at 7,000 RPM, this car was built to race.

Another example of these nine cars sold at a Sotheby’s auction for $17.99 million. That particular model was the one that won 5th overall at the 24 Hours of Le Mans in 1959. 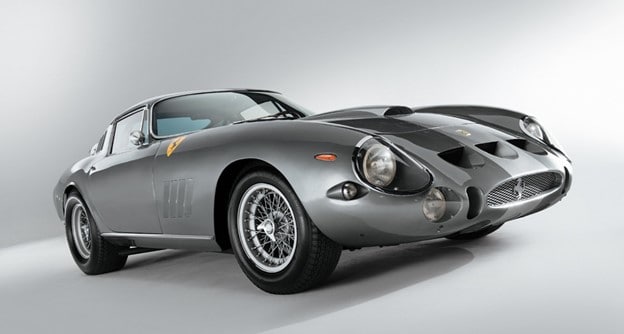 The Ferrari 275 GTB begins this list’s deep dive into the true classics of Ferrari craftsmanship. Produced from 1964 to 1966, this car had the body style of a 2-door Spider GTS. It was designed to compete in Grand Touring racing events to replace the successful 250 GTO (see below). The original 275 GTB was slightly updated in 1965 into the Competizione Speciale shown here (or C Speciale) by the engineer Mauro Forghieri. Three of these cars were made between 1964 and 1965. Only one was made in 1966.

All four examples of the Ferrari 275 GTB/C Speciale had slightly different bodywork, not just because Ferraris were all hand-made. Engineers were tweaking the Tipo 563 chassis to try to make them more aerodynamic. This one-of-a-kind supercar sold for $27,000,000.

The alloy bodywork on this car is extra-thin-gauge, promoting its wind resistance. The altered versions of the 275 GTB were reworked by the coachbuilder, Pininfarina, overseen by Ferrari’s body designer, Carrozzeria Scaglietti. Another example of the C Speciale from 1964 sold for $26.4 million at another auction. 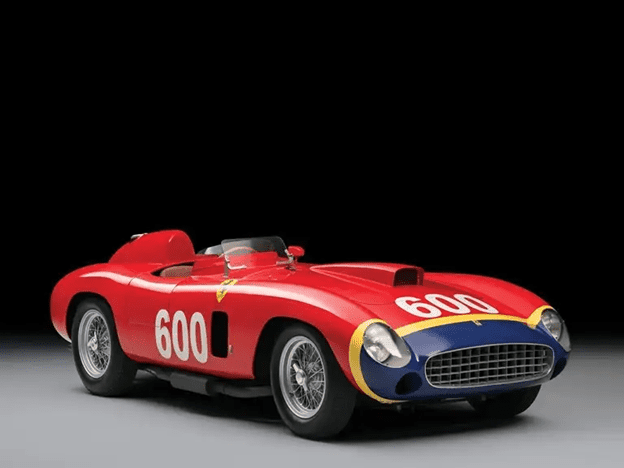 The Ferrari 290 MM Spider Scaglietti was made to compete in 1956 at the Mille Miglia, driven by Eugenio Castellotti. Only 4 examples of this racer were ever built. It would win the Mille Miglia (another Spider came in fourth) and also won the Swedish Grand Prix that year.

A 290 MM sold at a Sotheby’s auction in 2015 for just over $28 million, which at the time made it the third most expensive car of all time. This car could take a second spot on this list since another Ferrari 290 MM Spider Scaglietti sold in 2018 for $22 million, solidifying this model’s value for Ferrari collectors.

In addition to winning the Mille Miglia, this car also placed on the podium at the 1000km of Buenos Aires race, in both instances racing for the Scuderi Ferrari team. It also won the Nassau Trophy and Memorial race. 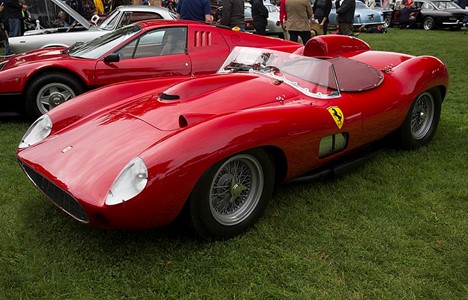 The sports racing car known as the Ferrari 335 Sport Scaglietti (also called the 335 S) was manufactured in 1957. It was placed in direct competition with the Maserati 450S in one of the most classic car years of all time. It’s one of the rarest cars in the world, with only 4 examples known to exist (even then, one of those was turned into a 315 S).

One of the remaining 3 Ferrari 335 Sport Scagliettis, designed of course by the renowned builder Carrozzeria Scaglietti, one sold for $35.7 million, making it nearly the most expensive Ferrari ever.

In 1957, the Mille Miglia, a race totaling nearly 1,000 miles, was canceled due to a huge accident for which a Ferrari 335 Sport Scaglietti was to blame. The car made its debut at the World Championships the following year, driven by Alfonso de Portago. 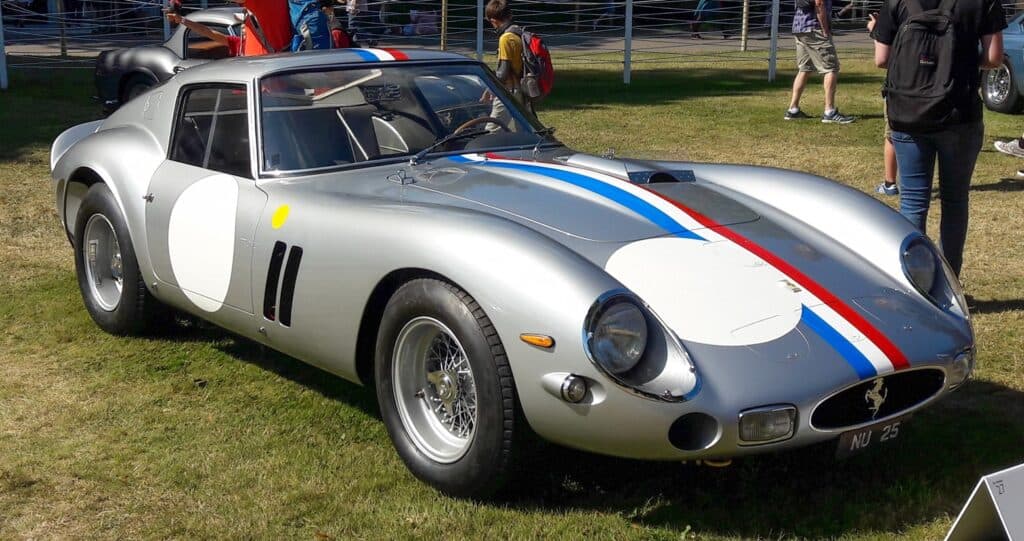 Any of these cars in any condition would be the holy grail of Ferraris. Of these, only three have the 1964 bodywork. The “250” refers to the displacement of its cylinders and the “GTO” means “Gran Turismo Omologato.” In English, this means “Grand Touring Homologated.”

MacNeil is well-known for his luxury car collection, which also includes a 1960 Ferrari 250 GT Berlinetta. However, he can’t match Lord Anthony Bamford, a billionaire who is the only person ever to possess two Ferrari 250 GTOs. Another Ferrari 250 GTO, this one from 1962, sold for $48.405 million at a Sotheby’s auction, which could earn it the second spot on this list.

Ferrari is synonymous with power in the world of cars, and these 8 most expensive models are synonymous with Ferrari. Count yourself lucky if you’ve ever seen one, outside of this list.

9 Rarest Roses from Around the World