9 Most Expensive Cruise Ships in the World

For a long time, ships were just used for practical things like fishing, transporting goods, and travel. Prehistoric water vessels like the Pesse canoe were essentially just carved logs that may have been used to catch seafood, but more complex designs like sailboats were soon developed by ancient Egyptians.

Eventually, a man named Albert Ballin had the idea of using ships for more than work and travel — he wanted a ship for vacations. Ballin’s idea became the modern cruise ship, a first-of-its-kind water vessel designed for leisure. The ship’s maiden voyage started on June 29, 1900, and lasted for 35 days.

9. The Independence of the Seas

The Independence of the Seas is a large cruise ship in the Royal Caribbean international fleet. The ship can hold more than 4,000 passengers and over 1,300 crew members, with amenities like pools, an ice cream shop, a rock climbing wall, and more.

Reports from 2008 say this impressive ship cost about $590 million to build at a shipyard in Finland. The vessel didn’t actually hit the seas until 2012 though, and actual cruises didn’t start until the end of that year. 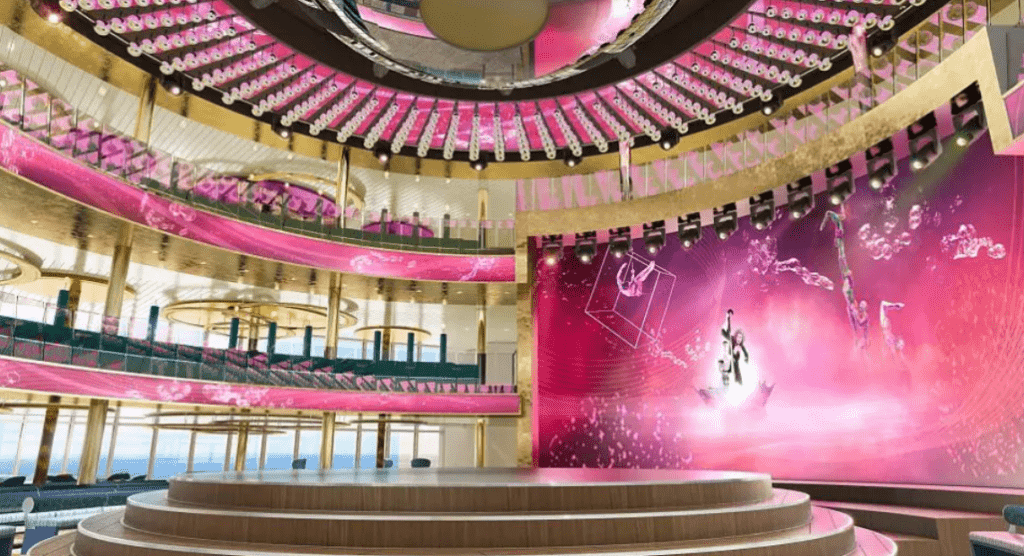 Carnival Cruise Line says this massive ship is “green” because it uses liquefied natural gas rather than diesel. The “environmentally friendly” ship also features 17 restaurants, a high-tech spa, huge performance areas, and space for 6,600 guests to enjoy all these amenities and more. The ship also includes unique exterior artwork, including a large smiley face.

Overall, this ship cost about $767 million to build. Meyer Werft, the shipyard tasked with creating the cruise liner, is based in Papenburg, Germany. When the ship was complete, people from across Germany had a chance to name the boat. A couple and their two children provided the winning name: AIDAnova. 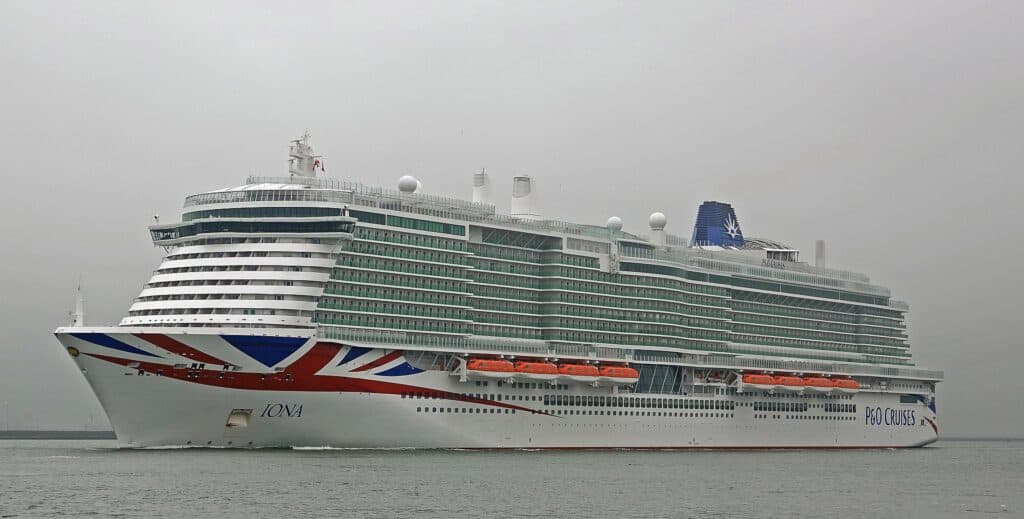 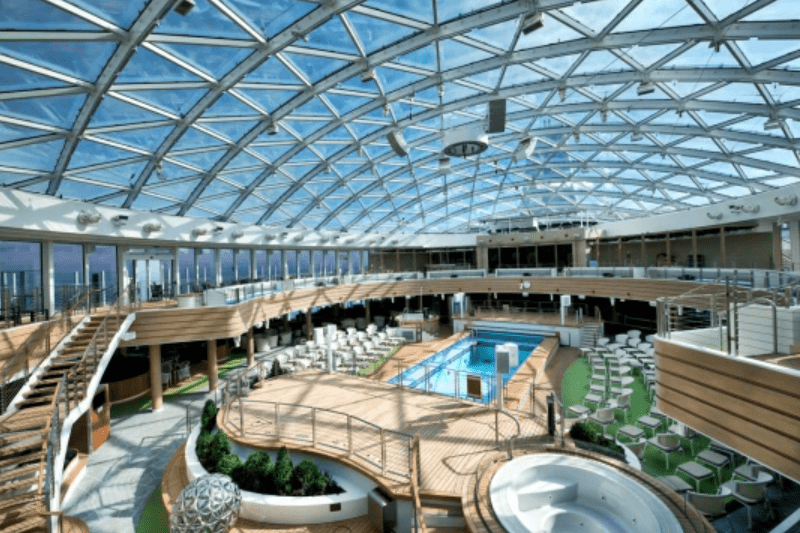 Construction of the Iona started in 2018 when Meyer Werft performed the ceremonial steel-cutting at its shipyard in Germany. In the end, the ship had space for more than 5,000 passengers, an amazing SkyDome with a huge glass roof, and plenty of spots to eat and relax. The ship cost about $854 million to build and set sail in August 2021. Reports say the ship was the first of two boats scheduled to be made by Meyer Werft for P&O Cruises, but it’s unclear if the second has been completed.

In the end, Disney paid an estimated $900 million for this magical ship.

Prices vary, but a two-person cruise aboard the Disney Dream can easily cost $1,500 or more.

5. Harmony of the Seas 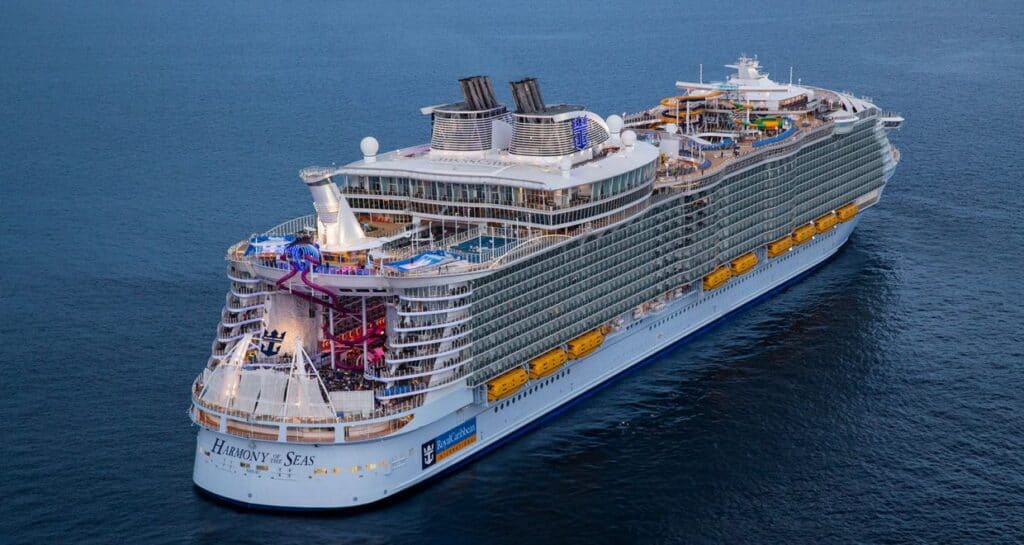 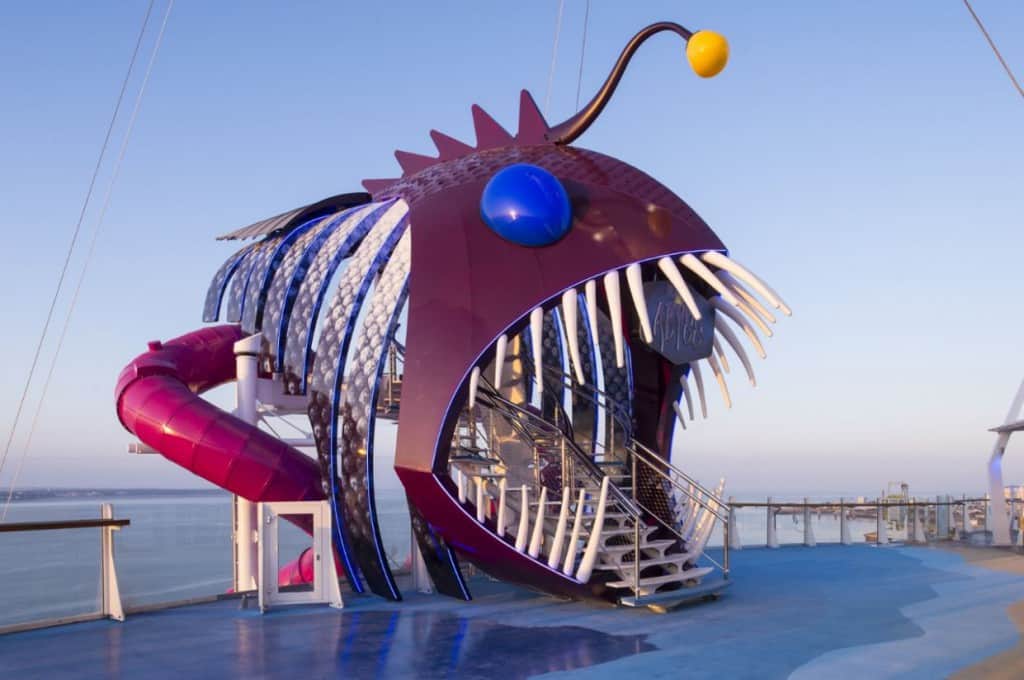 Harmony of the Seas is a large, 6,780-passenger cruise liner that set sail in 2016. The luxury cruise ship was built by STX France, which later changed its name to Chantiers de l’Atlantique. The big boat offers plenty of family-friendly fun, including a waterslide that looks like a lanternfish and a bunch of performance spaces complete with fun lighting and music. The ship cost about $956 million, making it the fifth-most expensive cruise ship in the world.

4. Quantum of the Seas 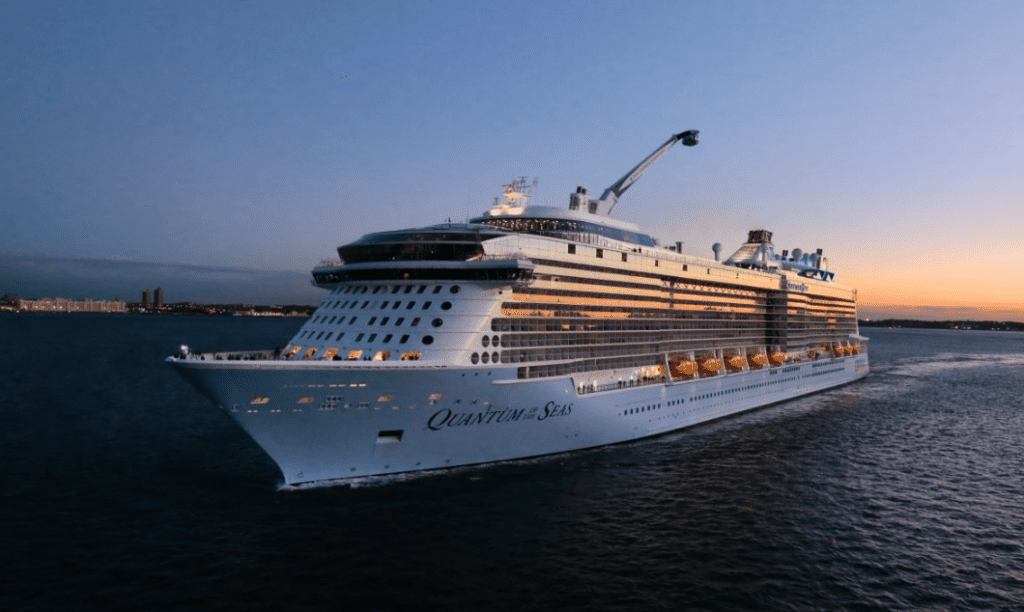 Quantum of the Seas is a big ship. The cruise liner weighs 167,800 tonnes and holds 4,500 passengers — not to mention space for 1,500 crew members. Royal Caribbean paid about $1 billion for the ship, making it the first cruise ship on this list to pass the 10-figure mark. People aboard the wildly expensive ocean vessel are treated to amazing and high-tech features like a robotic bar, indoor sky-diving, on-boat surfing, and many more cool amenities. Passengers can also enjoy 19 onboard restaurants, including one inspired by Alice in Wonderland. 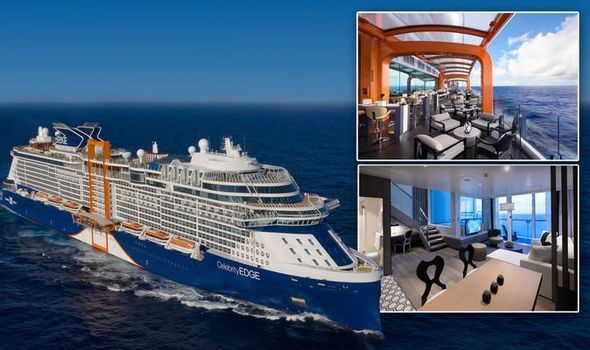 Celebrity Edge is a relatively small ship, but it still packs a big punch. Just over 2,900 passengers enjoy luxury staterooms, some with views of the ocean. Entertainment comes in the form of resort-style amenities and itineraries that include excursions among islands of the Caribbean. Ship designers used 3D modeling tech to build the beautiful vessel, then Chantiers de l’Atlantique constructed the cruise liner starting in 2016. Final production costs hit a billion dollars, making this the third-most expensive cruise ship on the seas.

This ship features a “Magic Carpet.” The elevator-like system moves alongside the outer edges of the ship to perform different functions at different levels — including tasks like helping passengers disembark.

The Norwegian Bliss cruise ship features 20 spacious decks with space for more than 4,000 passengers. The large ship was made by Meyer Werft and cost about a billion dollars to build. Passengers are treated to 30 bars and restaurants, a bunch of waterslides and pools, and plenty of onboard entertainment. The ship was specially made for the seas around Alaska, which is one of the most popular cruise destinations according to reports.

Over 25 million people got on board cruise ships in 2017 and experts predicted that number would reach 27 million the following year.

1. The Oasis of the Seas 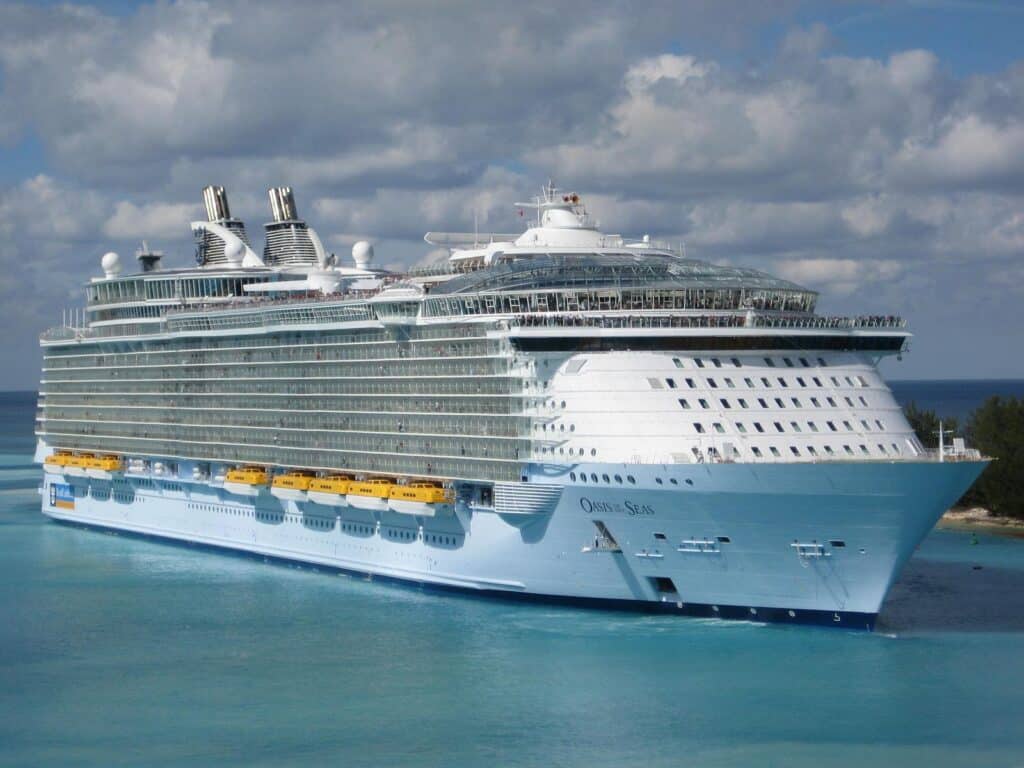 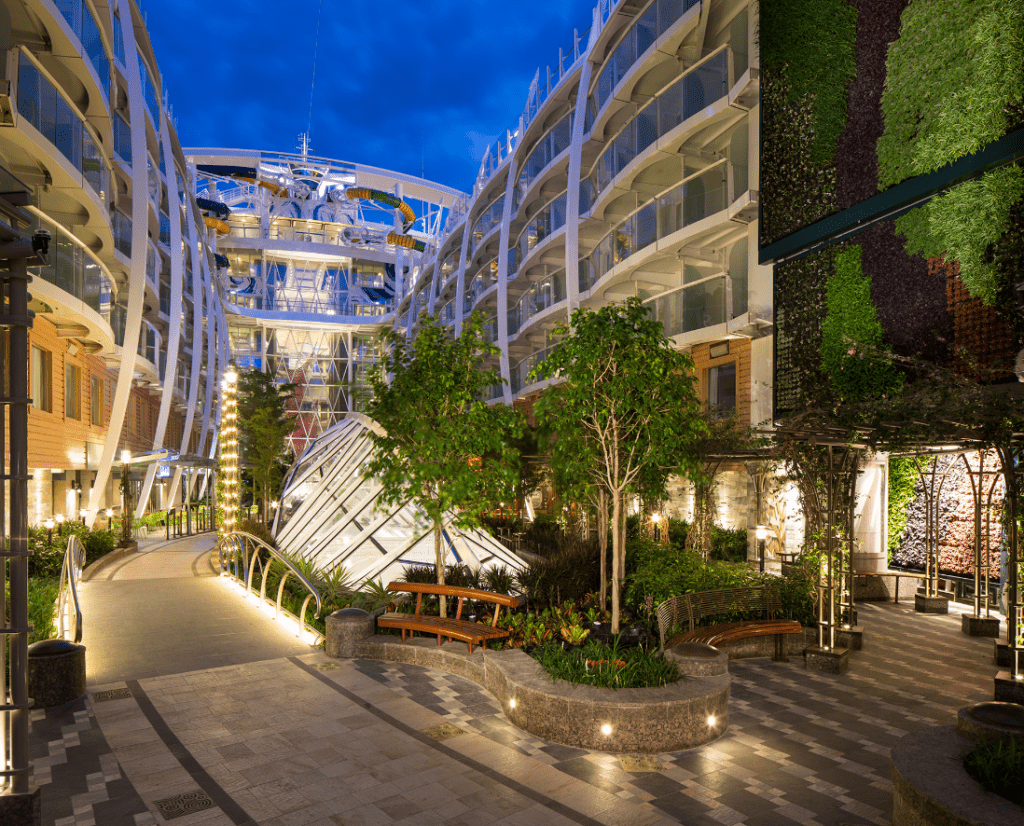 The Oasis of the Seas is the most expensive cruise ship on the ocean.

Estimates vary, but the Oasis of the Seas cost somewhere north of a billion dollars. The wildly expensive ship was made by STX Europe for Royal Caribbean and features space for 5,400 passengers. Vacationers enjoy a huge range of amenities on the large ship, including a common area called “Central Park.” The space features trees, sidewalks, dining, and entertainment.  Passenger rooms overlook this area, just like a city on land. The ship’s designers say the space was inspired by New York’s Central Park and the surrounding city.

Beyond “Central Park,” the Oasis of the Seas offers large performance venues and theaters. An outdoor amphitheater-style arena offers views of a water and lights show, while a cozy lounge-style area is adorned with a grand piano and moody lighting. Overall, the whole ship has an air of luxury you’d expect from a billion-dollar cruise liner.

This expensive ship features an on-board restaurant owned and operated by Jamie Oliver, an award-winning celebrity chef. After dinner, “Central Park” offers a variety of bars and entertainment venues.

11 People with the Rarest Birthmarks Ever

8 Most Expensive License Plates in the World