9 Most Expensive Calculators You Can Buy

The first calculators were analog, using wooden balls and sliding counters to make rudimentary calculations. Then the first mechanical calculator was called the Arithmometer and was invented in 1851.

It was the only calculator of its kind throughout the 1800s and was still in use during WWI.

Now, with electronics providing limitless resources, the calculator is a compact, multi-use, high-functioning mathematics super-computer in the palm of your hand. Even the average calculator contains more computing power than the original space capsules.

For the most advanced models, students, teachers, collectors, and math enthusiasts shell out hundreds or even thousands of dollars.

Continue reading to learn about the 9 most expensive calculators that money can buy. 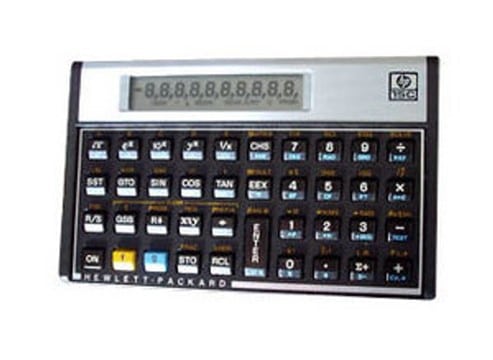 The HP-15C is a high-end calculator designed by Hewlett-Packard. It’s now an antique, first manufactured in 1982 and discontinued in 1989.

Despite the fact that examples can sell on auction sites for up to $600, Porter Electronics has them in-stock online for $279.99 at the time of writing.

Hewlett-Packard’s Voyager series calculators use a processor made of silicon on sapphire, which allows them to perform high-functioning processes while consuming very little power compared to similar models.

The HP-15C Limited Edition was a prototype based on this vintage model unveiled in 2011, ironically consuming more power than the original from the 80s but performing basically the same functions.

HP’s Voyager Series was debuted in 1982 and discontinued in 1984. These calculators featured programmable systems, continuous memory, and Reverse Polish Notation.

The TI-89 Titanium Graphing Calculator by Texas Instruments sells for over $100 in the base model. But when upgraded with pre-programming, the TI-89 can cost as much as $285.

This calculator is essentially the ultimate replacement for the TI-86. Isokinetics is a particularly complex process, way beyond the reach of your average calculator, which is probably why it costs so much.

Isokinetic sampling is a process by which particles can be collected from a moving stream traveling at the same velocity in the nozzle and in the stream. The sample weight can then be calculated gravimetrically by removing and weighing the uncombined liquid.

It takes more than your average calculator to make any sense of all that. 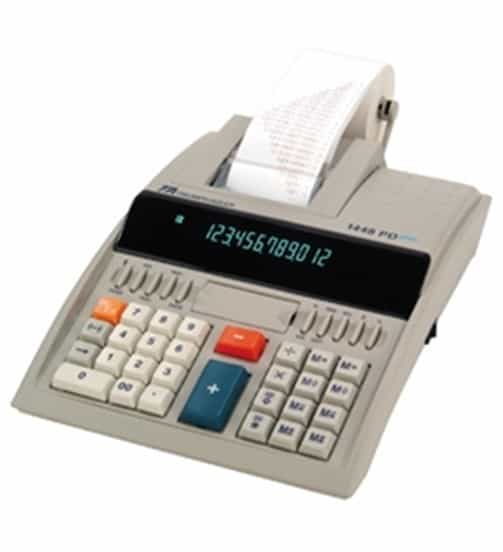 This Adler-Royal 1448PD Plus Desktop Printing Calculator has the unique function, important for statisticians and budgetary consultants, of printing the results of calculations. This heavy-duty print calculator has a 14-digit capacity and a screen display.

It can perform chain, time, and crossfooting calculations. This calculator retails for $349.99.

Adler-Royal, formerly the Royal Typewriter Company, was founded in 1904 in Brooklyn. Their first typewriter, the Royal Standard, hit the market in 1906. While other typewriters were built upright, this was built as a flatbed, which makes their typewriter closer to the design of the modern computer keyboard than the average typewriter.

The Hewlett-Packard HP-48GX Graphing Calculator has a built-in library of equations that allows it to perform over 300 engineering and science equation types. It can speed through these equations due to its object-oriented programming.

Its HP MatrixWriter application allows the user to view and manipulate arrays easily.

The HP Solve application can be used across functions to solve for any variable without rewrites. Users also like the EquationWriter program, which displays your formulas and equations like they would look on paper.

EquationWriter was carried over to the HP49 due to its resourcefulness in writing complex equations in the same visual format that would be on paper. This allows users to write numerical and symbolic expressions naturally, working through them critically on basically a portable, digital notepad rather than on the restricted visual functions of a conventional calculator. 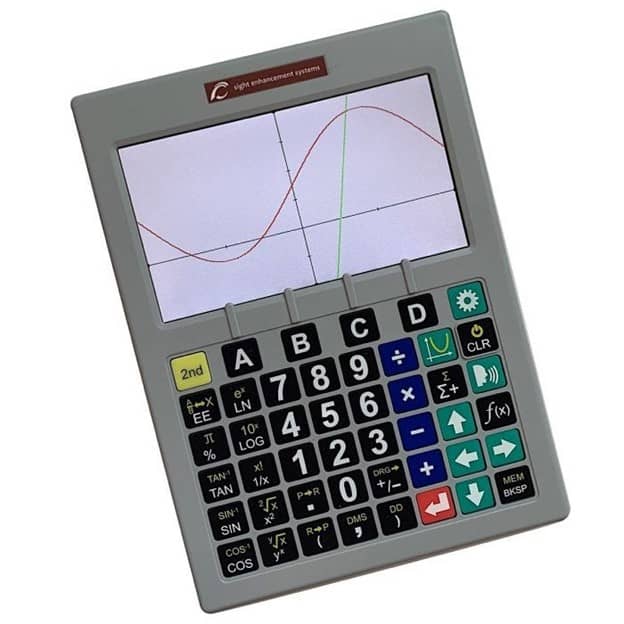 The SciPlus-3500 Large Display Graphing Scientific Calculator is a high-functioning machine. Its first major advance is that it comes equipped with speech output functions. This gives it valuable applications as a tool for disabled users, which may be why it’s listed for sale on School Health.

This calculator also has a unique 7” color display that shows its functions and applications much more clearly than the average calculator.

The calculator recharges via USB and has four selectable number formats, including standard, scientific notation, fixed notation, and engineering notation. It’s currently on sale for $649.

Scientific calculators with speech functions and display screens are Sight Enhancement Systems’ specialty (sold through SciPlus). To go along with its large display, this calculator has large buttons to make it even more accessible. This model is also extremely lightweight and portable, weighing only 20 oz. 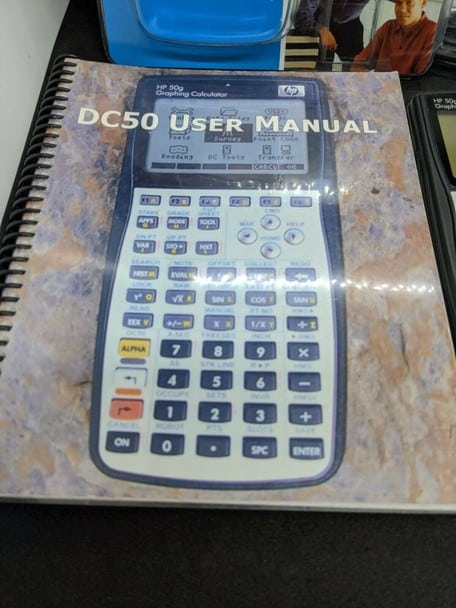 The Hewlett-Packard 50g Calculator has an upgraded display from past HP calculators with 30% more usable screen space compared to the 49g. The new SD card slot allows users to format the calculator far more easily, expanding its memory to do higher functions.

Even the onboard system has 2.5MB of memory and 512kb of RAM.

It has a large equation library, with over 2300 built-in functions, making the HP 50g as useful for college students as for professional mathematicians. The version of the calculator with Cogo Software preinstalled can sell for as much as $1,450.99, even used.

The Cogo program suite contains programs for set points that can be imported from mathematical drawings, automatic linework, and import/export functions for ascii files. 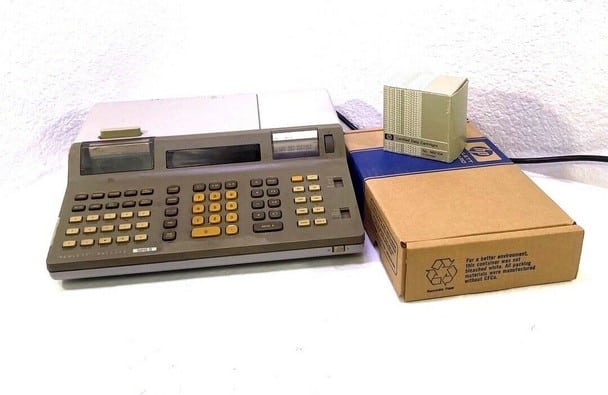 This Hewlett-Packard 9815A Vintage Calculator is a four-leveled machine, a third generation RPN desktop that was the smallest and lightest model that had been made so far.

Up until this model, these calculators worked on a card drive system – this was the first that used cassette tapes, a marvel at the time, if you can believe it.

This allowed the 9815A to store programs and data on a huge 94,000-byte tape, allowing users to recall numbers, make calculations, and read files in “only” 9 seconds. There’s a version of this vintage model on sale on Cardinal Selling Services for $2,315.99.

The number of program “steps” on the HP 9815A could be expanded to 2,008. With the invention of keystroke merging, this calculator could recall programs while using around 30% less memory capacity than previous calculators. 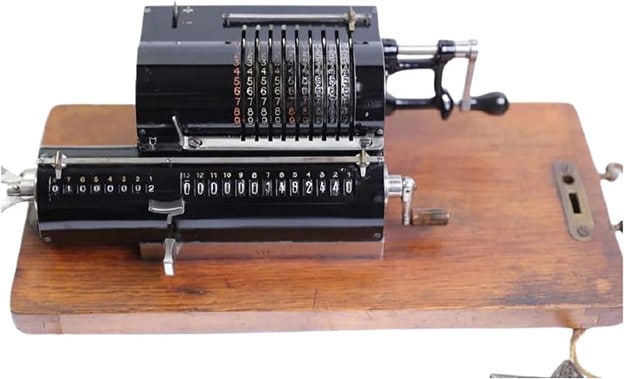 This is an Early Last Century Hand Crank Calculator by Amdsoc out of Germany. It can currently be bought on Amazon complete with its original wooden box and winding key. Despite being dated to 1900-1926, it still works.

The fuselage is free of rust and still does accurate calculations if you know how to use it. While the most obvious use for this machine is as a nostalgic historical display for a classroom or museum, it could also be used to teach a child math without the distractions of electronics. It can be bought on Amazon for $2,889.99.

Germany, the location of the invention of the modern binary numeral system, was at a high point in early computing inventions at the time this calculator was invented. The enigma machine was created by Arthur Scherbius in the early 20s and Rudolf Hell created Hellschreiber, the preliminary invention to the impact dot matrix printer. 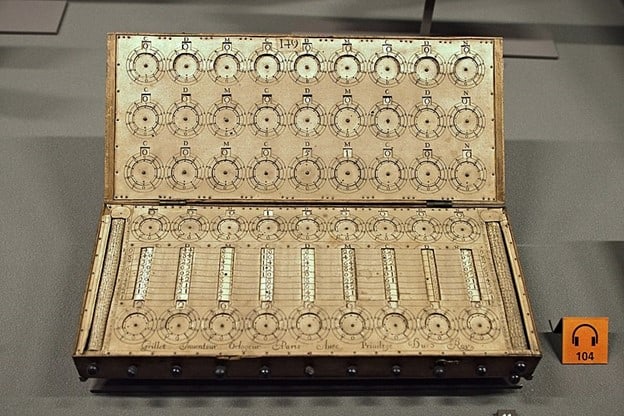 The most expensive calculator is the Grillet Portable Calculator. This amazing machine was among the world’s very first portable calculators, created by Rene Grillet de Roven in 1673. Only four of these machines are known to have been built and the other three are owned by museums or non-profits.

The one that was in private ownership went for sale at a Christie’s auction in London, valued at over $155,000.

You may be surprised to learn that calculators go back this far, but most of them were cumbersome brass machines. The concept of a portable model that could handle multiple arithmetic calculations was a pipe dream until Grillet came up with this device.

Grillet was the mechanician and watchmaker of King Louis XIV of France, showing off his inventions at fairs in Paris and the Netherlands throughout the 1670s. This portable calculator is one of his most ground-breaking and valuable surviving inventions.