Wigs are coveted collector’s items, especially when they were featured in famous movies. Sometimes, they’re for people to cover up hair loss or change their style. However, the luxury of the most expensive wigs isn’t usually in the materials or make of the wig itself. Instead, these wigs represent culturally iconic people. They’re the ultimate memorabilia.
Wigs previously worn by a celebrity can fetch a high price. While wigs are more frequently worn and bought by women, some male models command outrageous prices as well. Here are 8 of the rarest and most expensive wigs that have ever been sold. 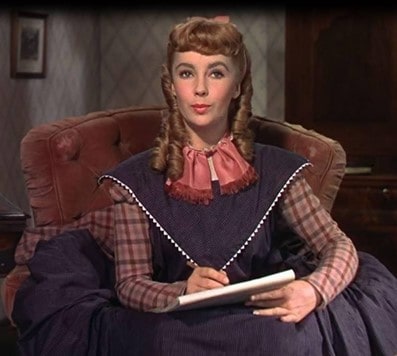 Elizabeth Taylor (this isn’t the last time you’ll read her name on this list) was famous for a lot of things, including iconic hairstyles. For Little Women (1949), Taylor played the young Amy March, whose curly golden locks mimicked the styles of young girls from the early 1900s.

This human hair wig was tied by Sydney Guilaroff, the stylist for MGM on this particular film, to a scalp of silk bands, one hair at a time. The wig that was sold for $2,560 by Julien’s Auctions was labeled “598” by the MGM cataloguers.

The female cast members of Little Women, which included June Allyson, Janet Leigh, and Margaret O’Brien in addition to Taylor, got along incredibly well on-set. They described themselves as a real family or sorority. Famously, Taylor broke her leg during filming at one point, stopping production for several weeks. She hobbled to the set one day and forced all her co-stars to sign it like sisters. 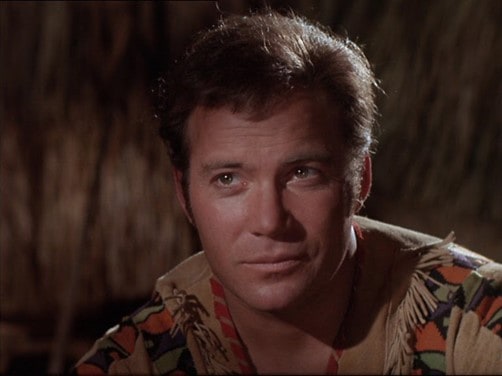 William Shatner, who played Captain Kirk on the classic Star Trek show, is known for needing toupees and hairpieces pretty early in his life. If you think that’s kept him down, don’t! The now 90-year-old actor doesn’t look a year over 60.

For the episode “The Paradise Syndrome” in season 3, he wore this light brown wig made in-studio by Paramount Studios’ stylist, Fred Philips. The wig was used to simulate hair growth, as the episode took place over a significant period of time, with Kirk marooned in a native village on an alien planet. At a collector’s auction, the wig sold for over $3,000.

This episode of Star Trek was the only season 3 episode filmed entirely on location. The holy obelisk worshipped by the indigenous people was built on Franklin Lake at the Franklin Canyon Reservoir. Astute viewers will note that it’s the exact same spot that Opie Taylor skipped a stone from in the theme song to The Andy Griffith Show. 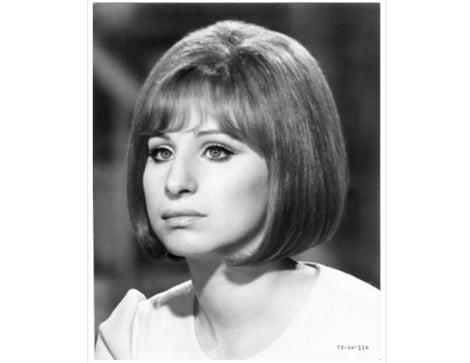 This shoulder-length deep blonde wig, made from human hair and styled in a bob, was worn by Barbra Streisand on the film, On a Clear Day You Can See Forever (1970). It was sold in a Provenance auction in Beverly Hills, lot 25, for almost $4,000. The classic Daisy Gamble style brought some fan of the film a lot of joy, no doubt.

The wig was made from blonde human hair by the stylists at Paramount Productions.

This film, by the Italian musical comedy director Vincente Minelli (Judy Garland’s ex-husband), was originally made to be over 3 hours long before the studio forced them to remove several numbers. One of these, the song called, “People Like Me,” is considered one of the great lost scenes of the 1970s. 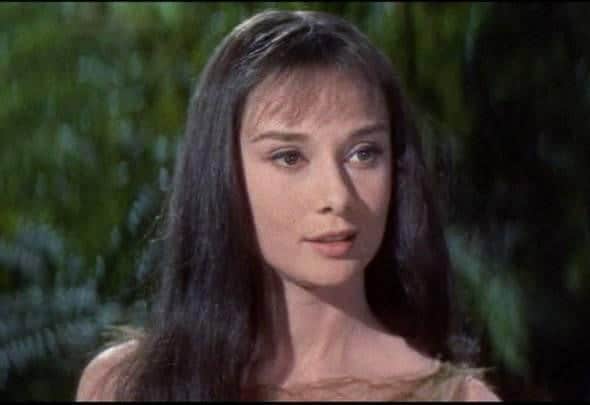 Audrey Hepburn wore this wig for Green Mansions, the 1959 MGM film. The iconic short-haired starlet needed long flowing locks for her part as a jungle girl opposite a traveler (played by Anthony Perkins of Psycho fame). This wig was custom-made by MGM to fit Audrey’s hairline and head. It was made from real human hair that the stylist tied a single strand at a time to bands of silk made to look like a person’s head underneath.

The wig that sold at Julien’s Auctions for $6,400 was labeled “823” and was also used in subsequent MGM films. When MGM closed its wig department, a lot of these pieces went onto the open market to be sold to avid collectors looking for a piece of history.

Green Mansions was directed by Mel Ferrer, who was actually Hepburn’s husband. They divorced in 1968, but their marriage and TV/film collaborations, which included Mayerling (1957), was one of the most talked-about to-dos in the 50s and 60s. 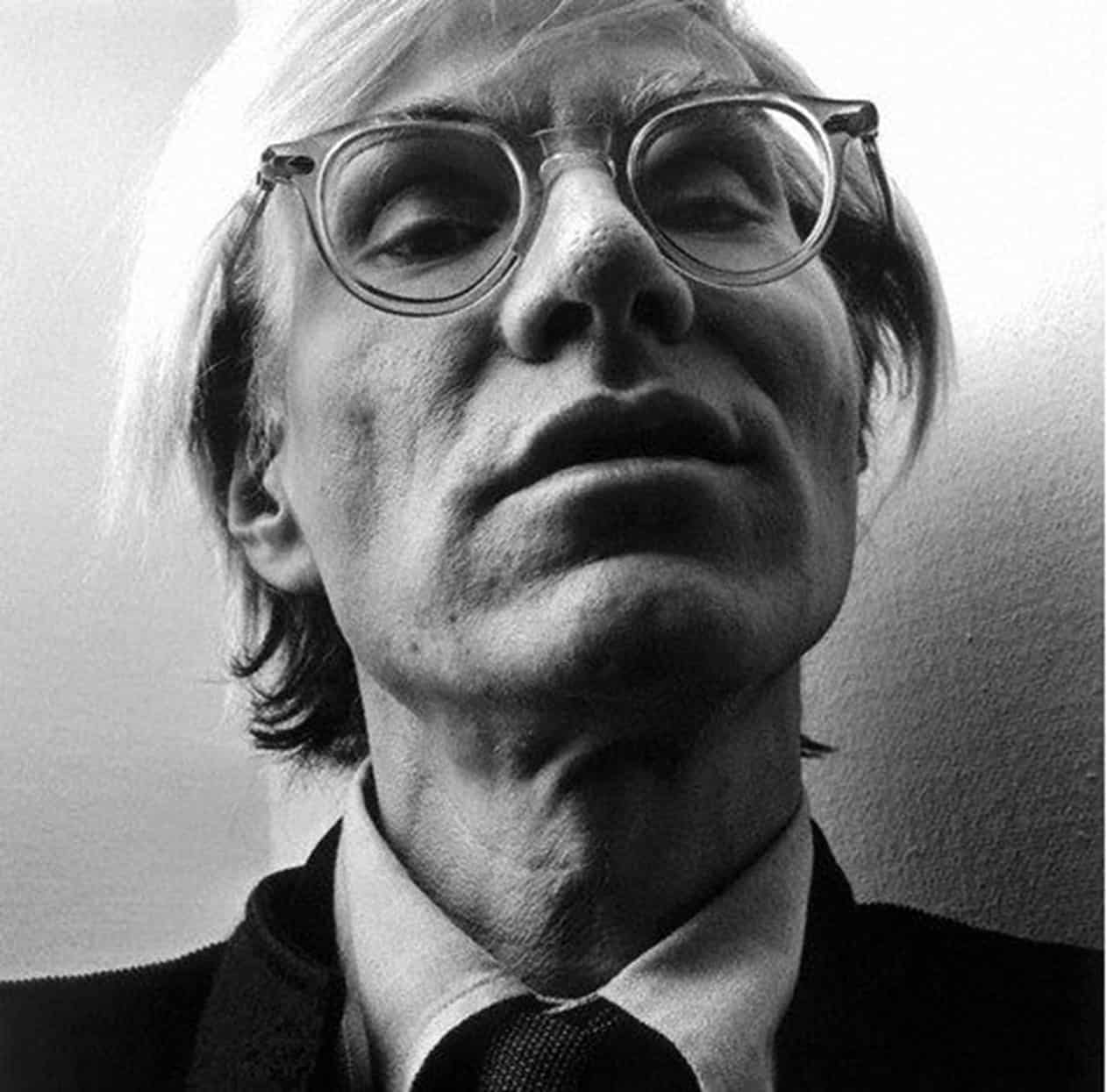 The pop artist Andy Warhol was into creating what he called “otherness” using his visual style. “The wig” as he called it was actually a series of hundreds of wigs that he wore alternately, all made by the Italian stylist Paul Bochicchio. One of these wigs went up at a Christie’s auction in New York in 2006. It sold for $10,800, making it the most expensive wig ever sold at the time.

Andy Warhol kept the hundreds of wigs he wore throughout his career. Many of these survive him in private collections and the archives of the Andy Warhol Museum in Pittsburg, Pennsylvania. 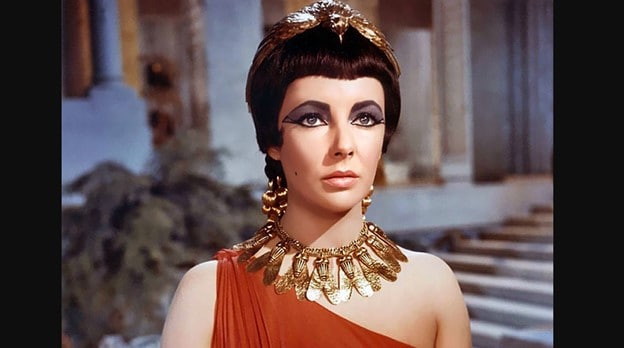 Elizabeth Taylor (we told you it was coming) wore this wig for the 1963 film, Cleopatra. The famous epic has this wig at its center, its iconic dark brown hair, gold beads, and complicated braids. The star-studded career of the wigmaker Stanley Hall climaxed with this incredible wig for the model-superstar Taylor’s shining moment and went on to sell for $16,000 to a proud collector.

In true Cleopatra fashion, Elizabeth Taylor was given an entire building converted into a palace for herself and her on-set needs. She had a salon, an office for her husband, a make-up room, bathtub, shower room, dressing room, and an entire room devoted to her array of wigs for the film. 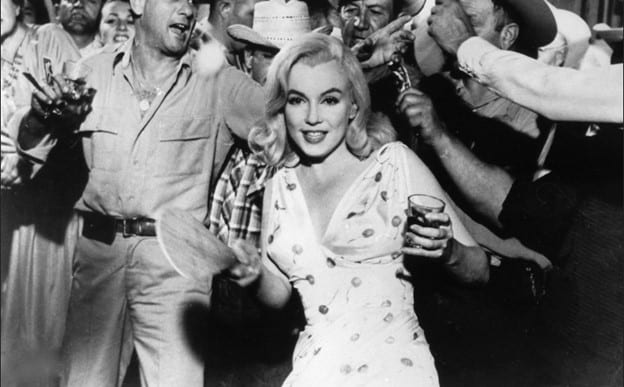 The Misfits, released just one year before Marilyn Monroe’s death, featured the starlet in this ashen blonde and gray wig. The wig was designed at the Hair Creations division of Max Factor Studios, made from real human hair sewn to a net. The hair is shoulder-length, curly, and has a matching hairpiece that added ringlets to the volume of the wig.

Monroe’s last completed film certainly holds a hefty amount of mystique. Her role as Roslyn Taber has become retroactively a tragic swansong to a career cut short. This piece of history sold for nearly $30,000 when it went up for auction in 1999 (about $50,000 in today’s money), consigned by Heritage auctions.

This wig wasn’t just worn for the film. Fans hungry for an autograph crashed the set in Reno hoping to get Marilyn’s famous scrawl on some publicity photos. She used this wig to pretend to be Mitzi Gaynor and escaped the set undetected. 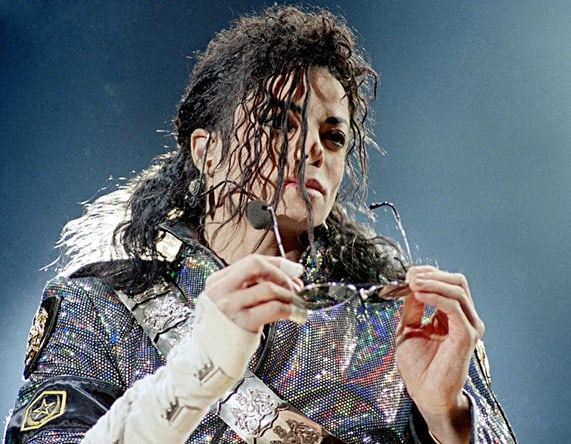 The rarest and most expensive wig is this Michael Jackson wig. It sold for almost $75,000, memorializing the pop icon’s changing style circa 1990 and later. It was sold at a personal auction with copies of an authentication document.

The wig is made of medium-length black human hair with lace in the front, custom-made for Michael by USA Cap Weaver. The original foam stand came with it at the auction.

Jackson was known to wear wigs after the infamous Pepsi Incident where a pyrotechnic in the 1984 commercial engulfed the superstar in flames, burning his hair, face, and scalp. This wig is one of the ones he had custom-made after that incident.

Wigs, particularly those worn by celebrities, pop idols, and movie stars, can fetch enormous prices at auctions. These wigs are usually props for a specific film, as most movie stars either don’t wear wigs or keep them in the family after they die. When memorabilia does go up for auction, those who want a literal piece of history often put up thousands of dollars for them. These are the rarest and most expensive of the lot.