Vans is an iconic shoe brand synonymous with skating and streetwear. Started in the 1960s by the Van Doren Brothers, the company has created countless designs and collaborated with artists, top designers, and films to produce bold shoes that match the wearer’s personality. Although a list of rare Vans is difficult to generate because, ironically, there are so many, here is a compilation of a few that represent the breadth of Vans limited edition designs. 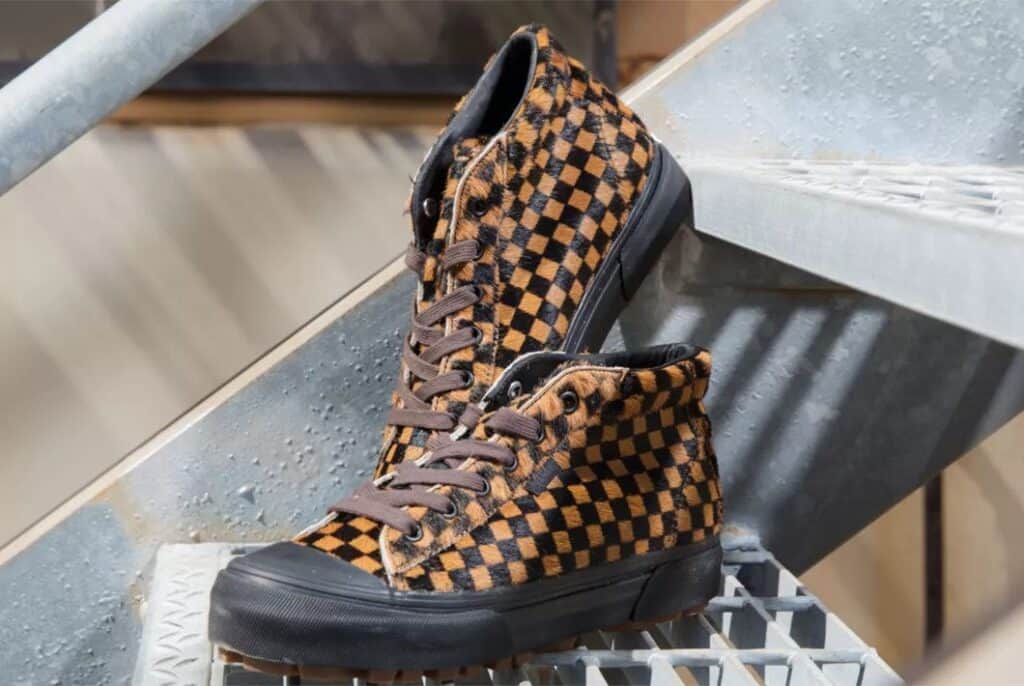 The Vans OG collection is one of several only available at select Vans Vault dealers. These special limited editions come in various fun styles that riff off the classic shoe. The collection features pony hair, leather and canvas fabrics as well as cheetah print, checkered print and several solid colors. Most of the Vans Vault collections are collaborations or otherwise more unique shoe styles.

Although Vans is probably best known for its slip on style, they didn’t offer it until 1977— 11 years after the company was founded. 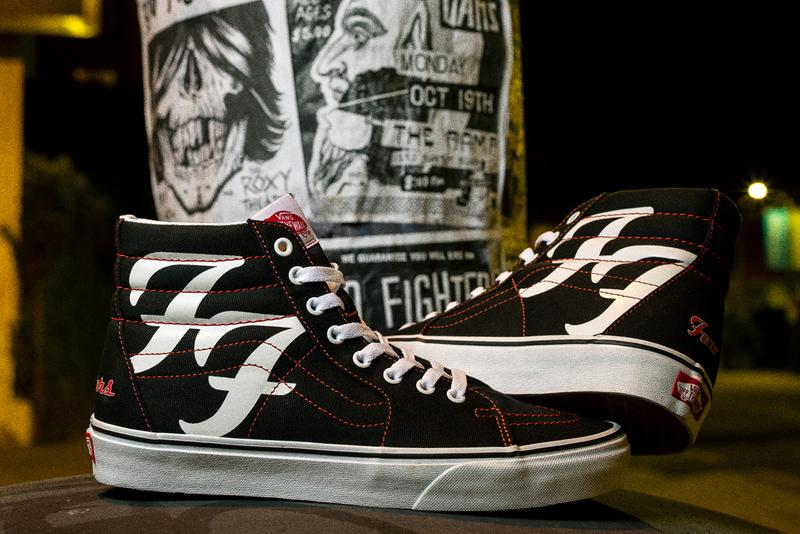 As a way to celebrate their 25th anniversary and make up for the inability to tour, the Foo Fighters released a limited edition Vans style. The Sk8-His feature the Foo Fighters logo in white against a black background. The shoes also have red cross stitching and the words Foo and Fighter on the back in red.

Dave Grohl, founder of Foo Fighters, is known for his drumming prowess. But, before he joined Nirvana, he played guitar and wrote songs as a child. 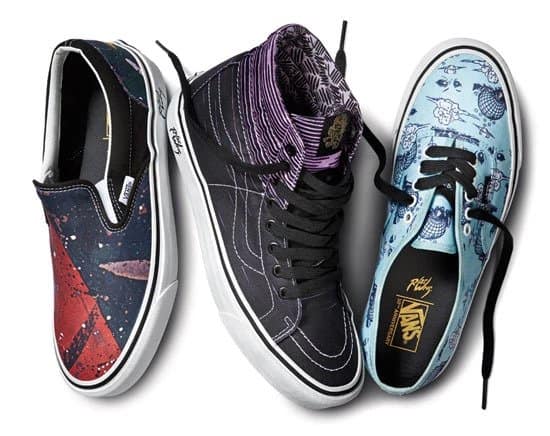 Robert Williams, a notorious underground artist, collaborated with Vans vault to create a limited edition collection. The shoes come in a range of styles and prints. Each shoe has a specialized canvas print inspired by an artwork of Williams’ that appears in full on the sole of the shoes. They come in slip ons, high tops and low tops. Besides shoes, Williams also designed three t-shirts in white, yellow and black for the collection.

Brothers Paul and Jim Van Doren, along with some business partners, started the Van Doren Rubber Company in 1966.

British artist Fergus Purcell, AKA Fergadelic, is a well known creator who rose to fame in the 1970s. While he designed an entire Vault collection with Vans, his rarer designs are only available as Vans customs. Customers can choose one of two specially designed prints and then customize the shoes however they want, choosing the style, fit and any other add ons. The prints feature squiggly lines and ladders or paisley.

Vans has collaborated with WTAPS (pronounced dub taps) on several occasions, most recently in 2016. Their 2007 collection featured Vans in varying styles with the same turquoise fabric with a white bone print. WTAPS is a Japanese streetwear brand inspired by military fashion. Some of their other clothing designs also feature bones, matching the theme of the shoes. 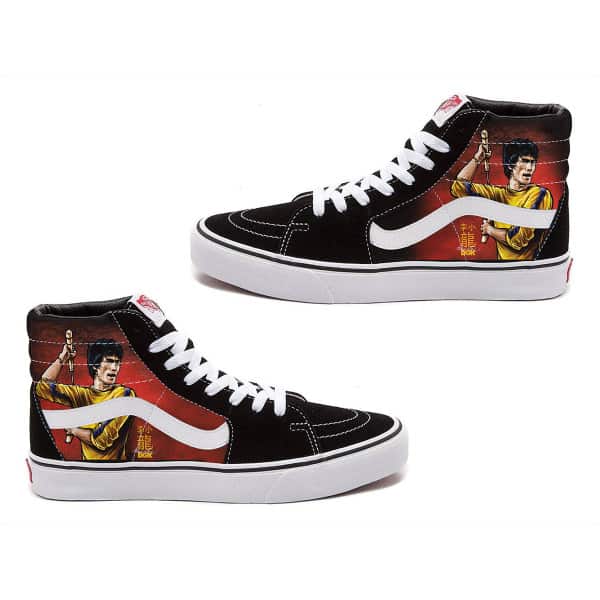 Since these shoes are made to order from the Bruce Lee website, they’re quite rare. They come in the Vans Sk8-Hi style, with a painting of Bruce Lee mid fight on the side. Bruce Lee was a famous actor and martial artist with a lasting legacy. He starred in television series “The Green Hornet”  as lean, crime fighting sidekick Kato as well as multiple martial arts action films.

Bruce Lee became a household name all by the age of 33. He was an accomplished martial artist, directed and/or starred in 24 films, along with television shows and other media campaigns. 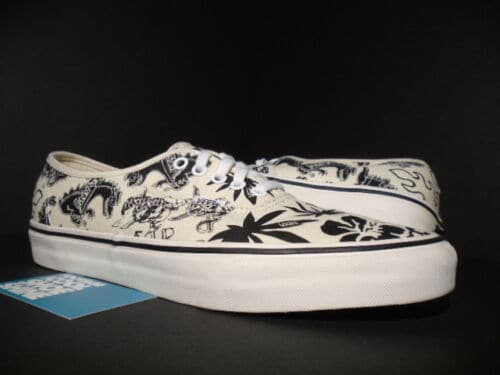 Although Vans released fiftieth anniversary shoes to the general public, they also designed specific shoes for employees and their families. These rare shoes come in a black/white colorway floral print. Because they were made for such a specific demographic, these shoes were rare upon release and even more difficult to find now. 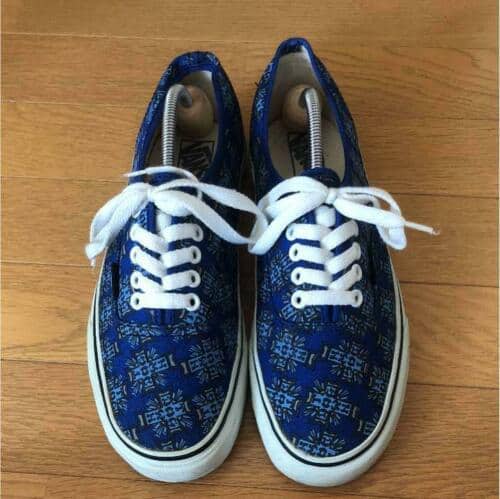 Vans, which the skating community popularized in the 1970s, designed special commemorative shoes for everyone involved in creating the film “The Lords of Dogtown.” The movie centers on the Z-boys, a real life group of teenagers from Venice, CA who became skating legends. The shoes are dark blue low tops with the name “Lords of Dogtown” written in a cross pattern. Purchasing a pair second hand can cost around $500. 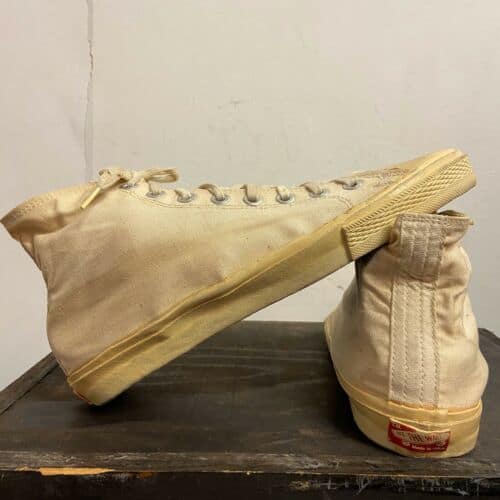 These vintage vans are from 1976, the decade that marked the brand’s lasting relationship with skateboarding. This is a preliminary version of the Sk8-Hi style. The canvas fabric makes the shoes less structured and defined. They look more like Converse than Vans, especially because of the rubber toe covering that Vans no longer uses in their designs.The seller claims that these shoes could even be samples that never made it to market, making them one of the rarest Vans styles ever made. With that said, it does share the title.

Vans actually filed for bankruptcy in 1984 and the lead executives worried that they’d have to close operations. Unexpectedly, the company bounced back three years later.

Year: Ongoing
Styles: Any
; Colorways: Any 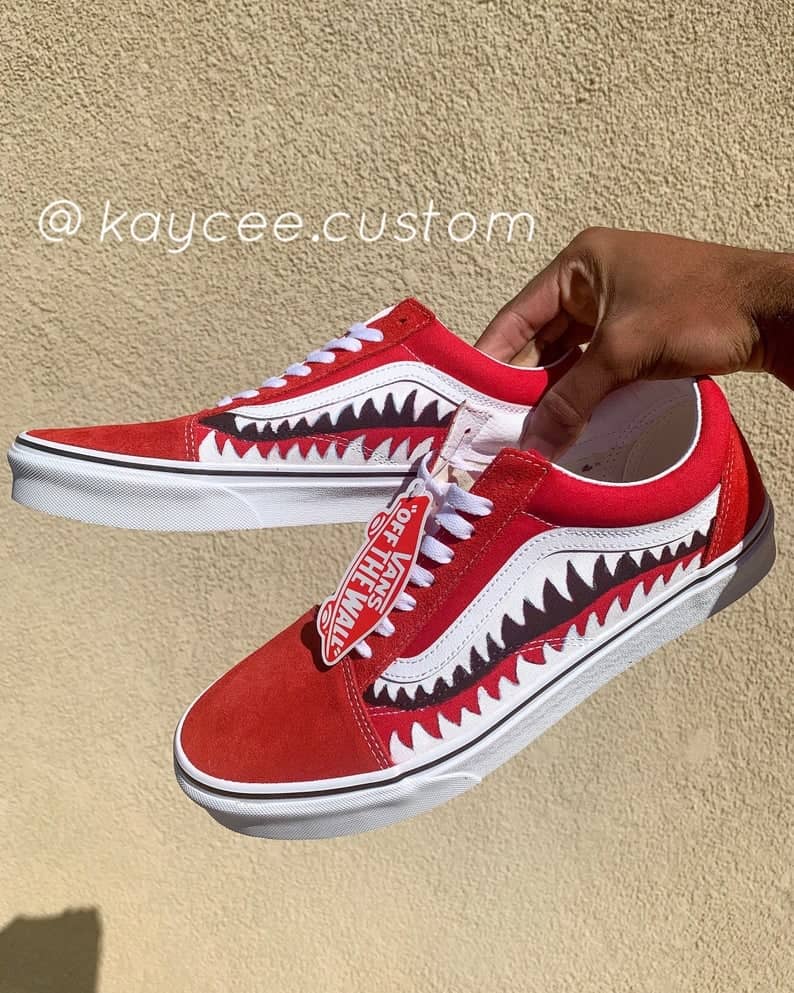 A list of rare Vans wouldn’t be complete without mentioning custom Vans. Since its inception, Vans have been perfect for customization and the founders took advantage of making quite a few one-offs for their personal collections. Today, customers can make their own Vans on the website, creating totally unique designs to meet their needs. As a result, all custom Vans are technically the rarest ever made since no two are alike. Plus, unlike some of the collectibles and collaborations, they won’t break the bank.

Known for their shoes, Vans launched an apparel line in 2006 made for skating and other activities.

13 Rarest Emojis in Use