Teenage Mutant Ninja Turtles (TMNT) is still profitable after almost 40 years. The pizza-loving turtles have been the subjects of comic books, cartoons and several films. In addition, there is a large market for collectible action figures and other toys in the TMNT universe. While some toys were one-off flukes and others special limited editions, all of the figurines on this list are rare. They range dramatically in price, with some only costing tens of dollars and others thousands. 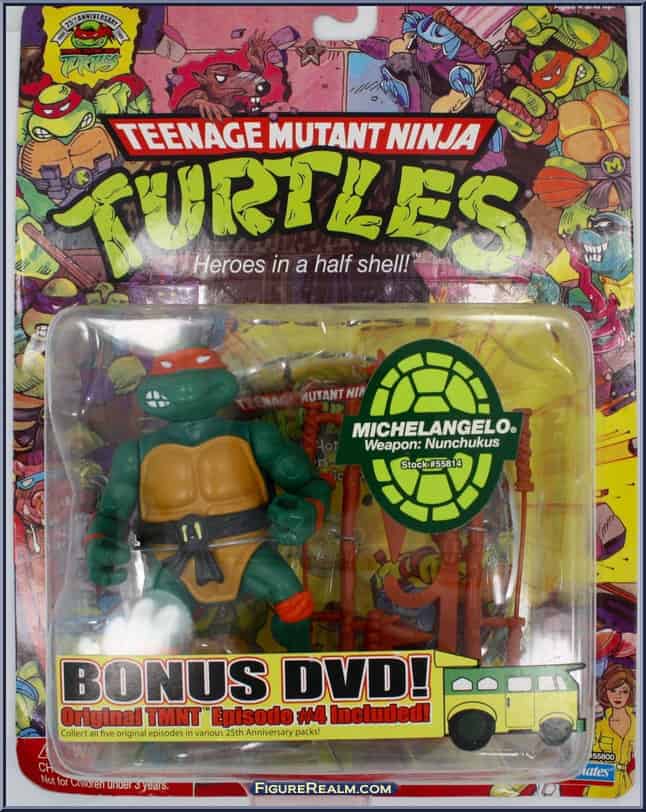 To celebrate their twenty-fifth anniversary, TMNT released several limited edition action figures. These included all of the turtles, their mentor Splinter the rat, and several of their enemies, including Bebop the mutant punk rock pig. Each figure also came with a corresponding weapon. They had special features that made them more realistic, such as moving heads and hands. The toys are still relatively easy to find online, but an individual toy can cost hundreds of dollars.

The turtles are named after Renaissance artists simply because the creators were art history buffs. 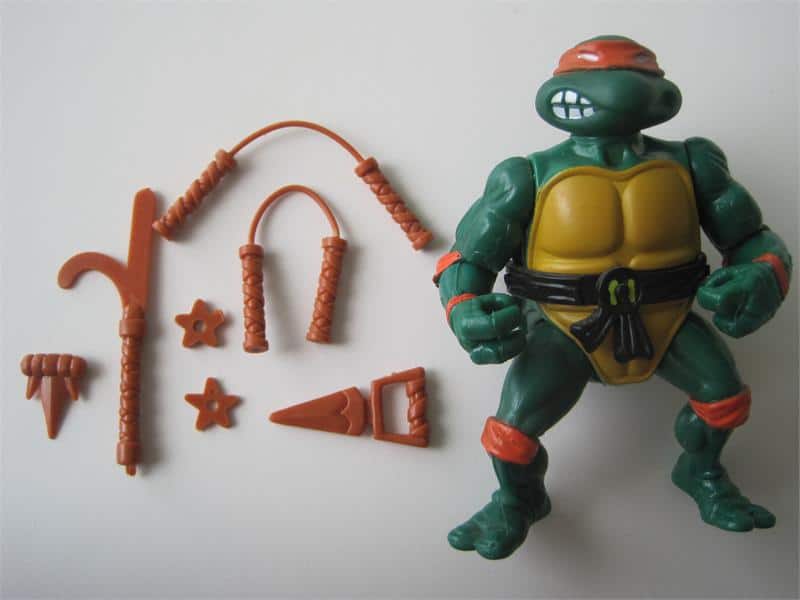 The first iteration of TMNT toys had heads made from a soft, pliable material that was much cheaper to produce. This was done to mitigate risks in case the toys didn’t sell well. Since they ended up turning a profit, all of the subsequent toys and action figures used more durable material. As a result, the soft head action figures are quite rare nowadays.

Until 2001, the turtle Michelangelo’s name was misspelled as “Michaelangelo.” There was an opportunity to change it in 2001 and the creators jumped on the chance. 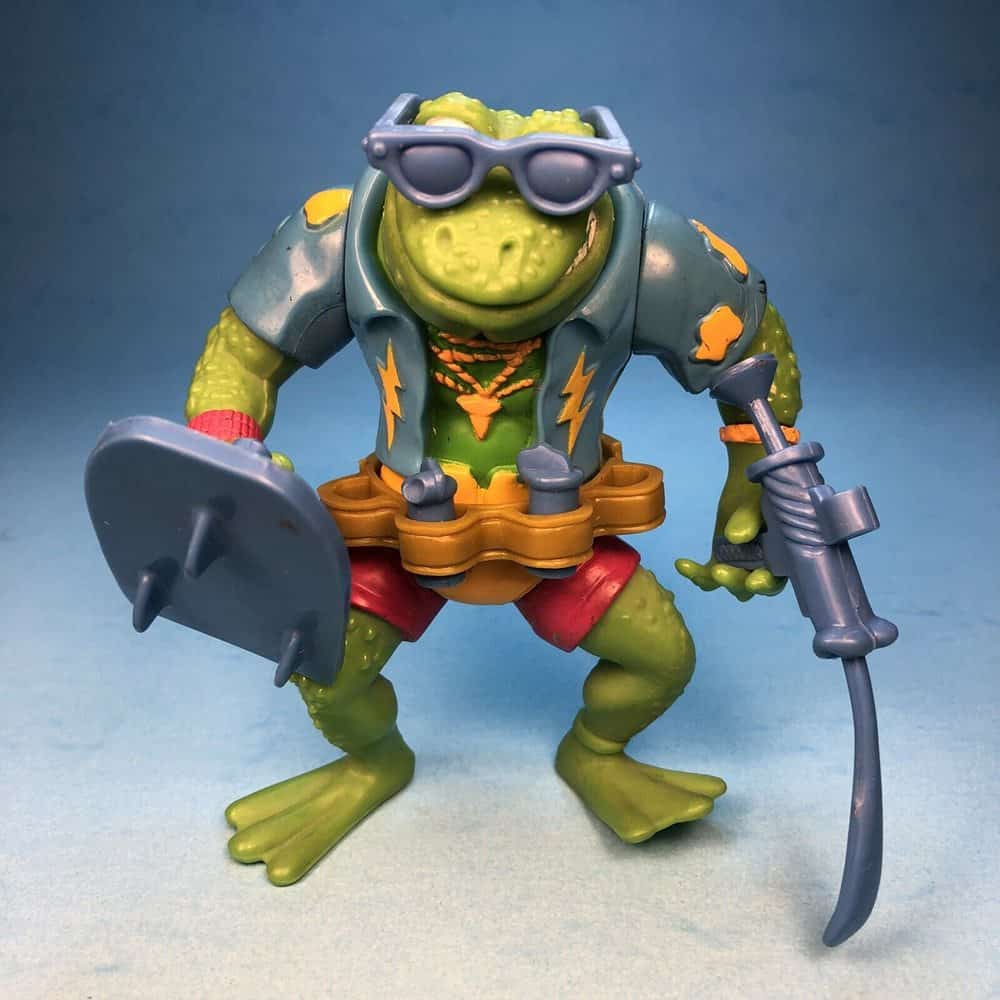 The Genghis Frog action figures were supposed to have black belts, but a few were sold with tan belts instead. The difference in worth between these two versions is significant: the black belted version only costs about $10 today while the tan belted version is around $50. The character is part of the Punk Frogs, a group of mutant frogs created and brainwashed by the turtles’ archnemesis Shredder. In the series, the frogs believe the turtles are evil, but switch sides when they discover the truth.

The turtles’ mentor named them after famous artists because he admired them. Similarly, Shredder named the frogs after people he admired— notorious war heroes and dictators. 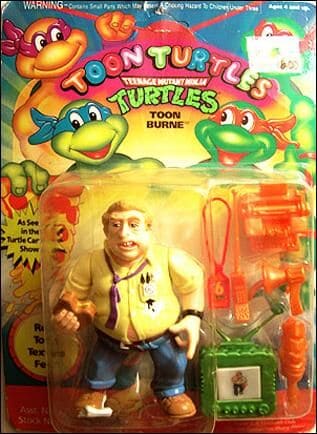 The Toon Burne figurine was part of the Toon Turtles release. Not surprisingly, there aren’t any other figurines for this character. This one didn’t sell well, probably because the character Burne Thompson is just a normal human journalist without any special powers. His action figure came with a television, cell phone, megaphone, press pass and sword sandwich— not exactly the exciting fare expected from TMNT fans. 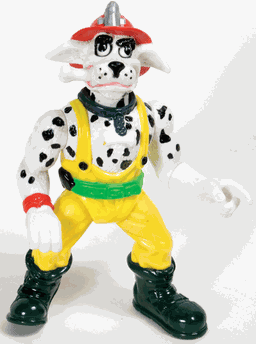 Hot Spot, a mutant firefighting dalmatian, is a non canonical character in the TMNT franchise. He was only released as a toy in 1992, making him a rare personality and action figure. Although not officially part of the TMNT universe, Hot Spot’s Turtlepedia page states that he’s an ally to the turtles. His figure came with a battle axe, fire hydrant and a gas mask.

Creators Kevin Eastman and Peter Laird put together press kits themselves to help with their comic. These press kits ended up getting them a tv deal. 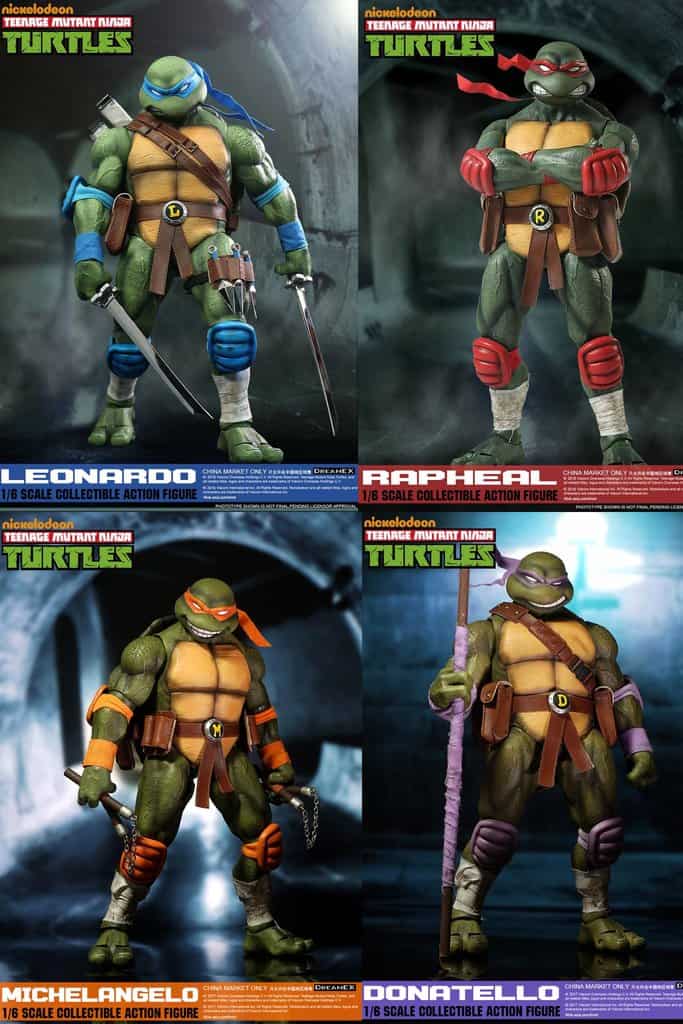 The TMNT DreamEX set was a China market exclusive, meaning that it wasn’t available anywhere else. The set featured all four turtles as well as side characters from the franchise on a ⅙ scale. The action figures, considered collectibles, are highly detailed with defined muscles, veins and skin textures. The figures also come with a series of props, including weaponry and pizza slices. Their hands can be switched out to create different poses. Notably, Raphael’s name is misspelled as “Rapheal” in this series.

TMNT was gritty and dark as a comic book series. It was reworked to be more appropriate for children when it went to television. 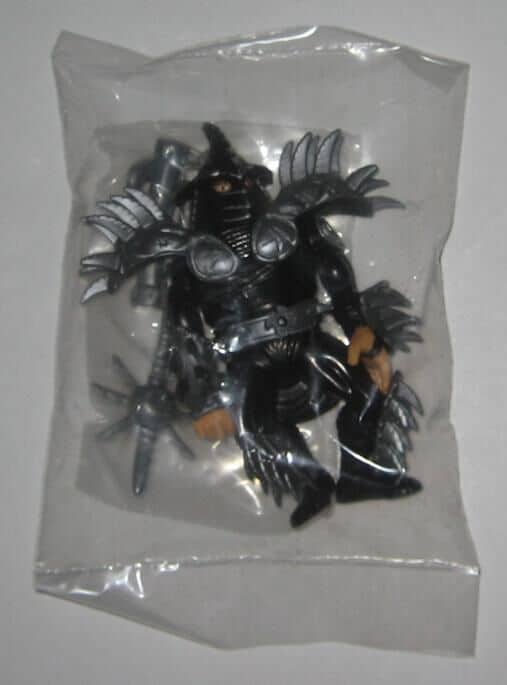 photo source: The S via Turtlepedia

While there are several editions of the Super Shredder action figure, the black armored and purple armored ones are the most rare. The black suited Super Shredder was only available through an unlikely partnership with canned food brand Chef Boyardee. Kids sent in a mail in request to receive the toys. 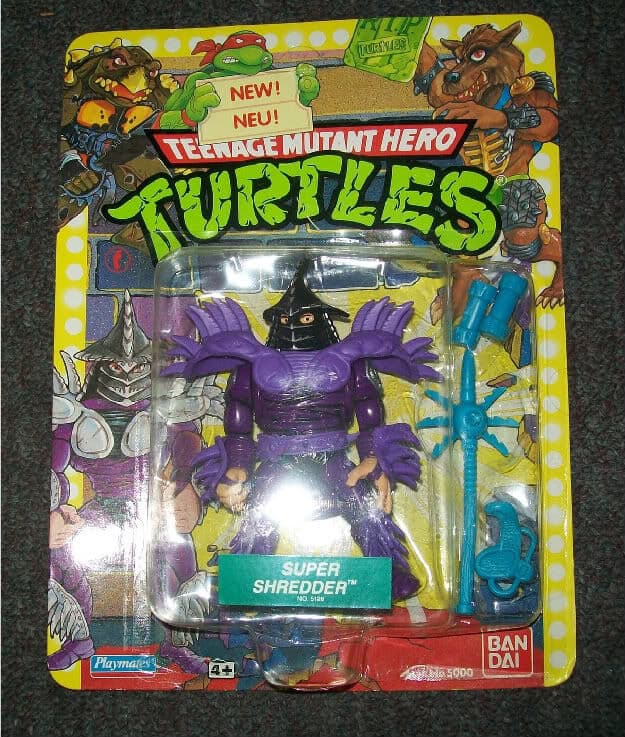 photo source: The S via Turtlepedia

The purple armored Super Shredder toy was only available in the European market. This version of the toy used lower quality supplies, making the purple Super Shredders more susceptible to damage. Super Shredder’s character is one of the main antagonists in the TMNT universe. His main power is shredding things with his bladed armor.

The TMNT comic series debuted in 1984. Cartoonists Kevin Eastman and Peter Laird printed in black and white with the help of a family loan. 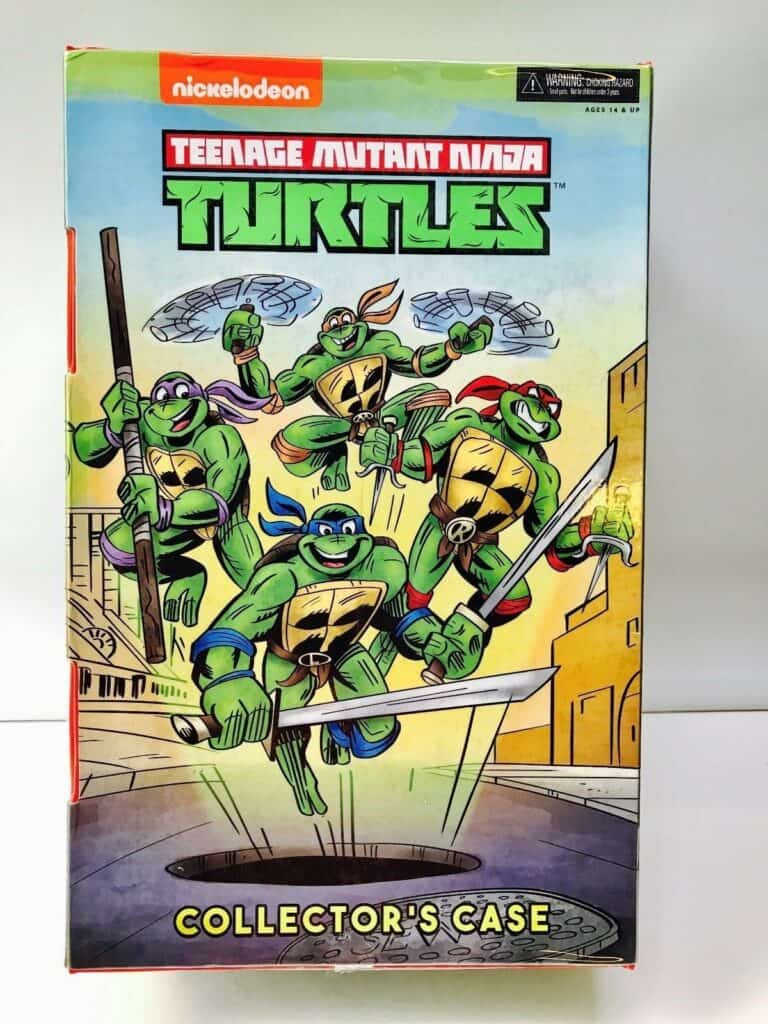 Unlike the twenty-fifth anniversary, the thirtieth anniversary collection was not sold to the public. Instead, only attendees of the 2017 San Diego Comic Con could purchase one. The sets came in one of two special collectors’ cases with detailed retro style art of either the turtles or Shredder and his minions. The turtle set came with all four turtles, along with nunchucks, swords, and pizza. The other included Shredder and his minions along with their guns and swords.

Collectors and fans regard the Scratch the Cat action as the rarest toy in the TMNT line. Like Hot Spot, Scratch the Cat doesn’t appear in the TMNT television series or film franchise. There aren’t a lot of details about the character, except that he is a mutant cat who robs banks and uses his claws to attack. The action figure had a limited release in 1993 and no other versions of Scratch exist.

Nickelodeon bought the TMNT franchise for $60 million in 2009.

13 Rarest Girl Names You Won’t Find on a Keychain 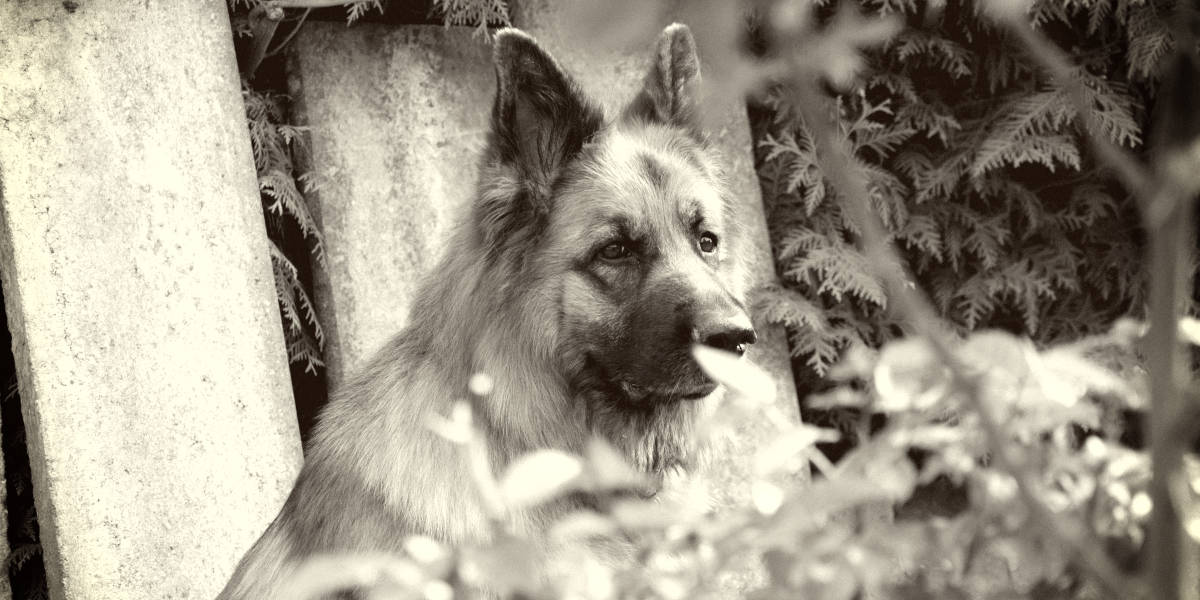 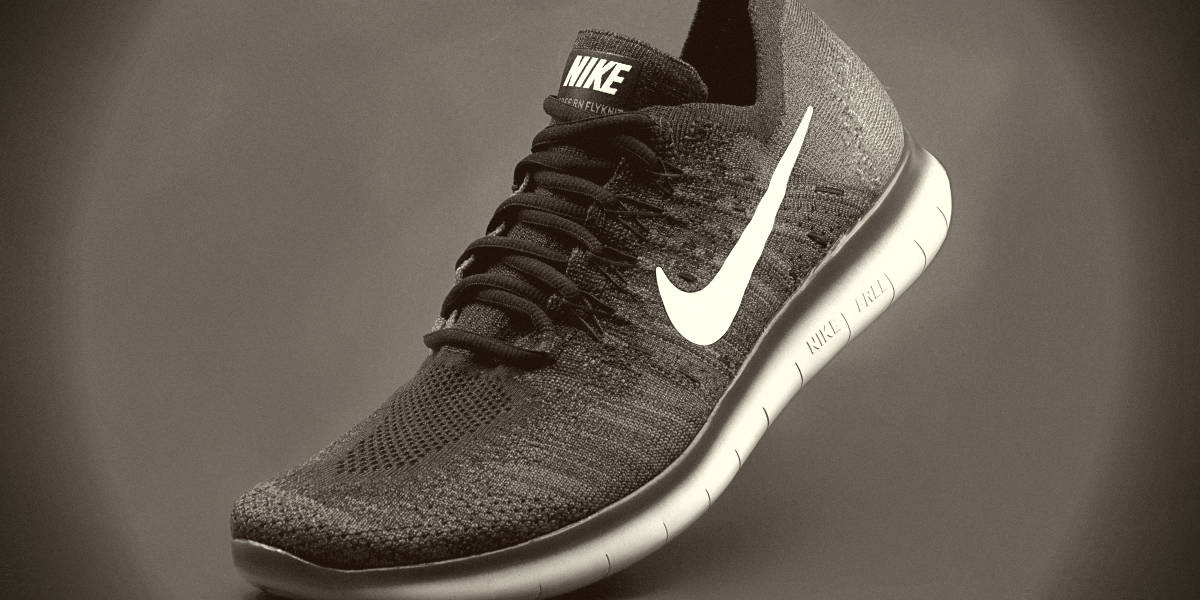 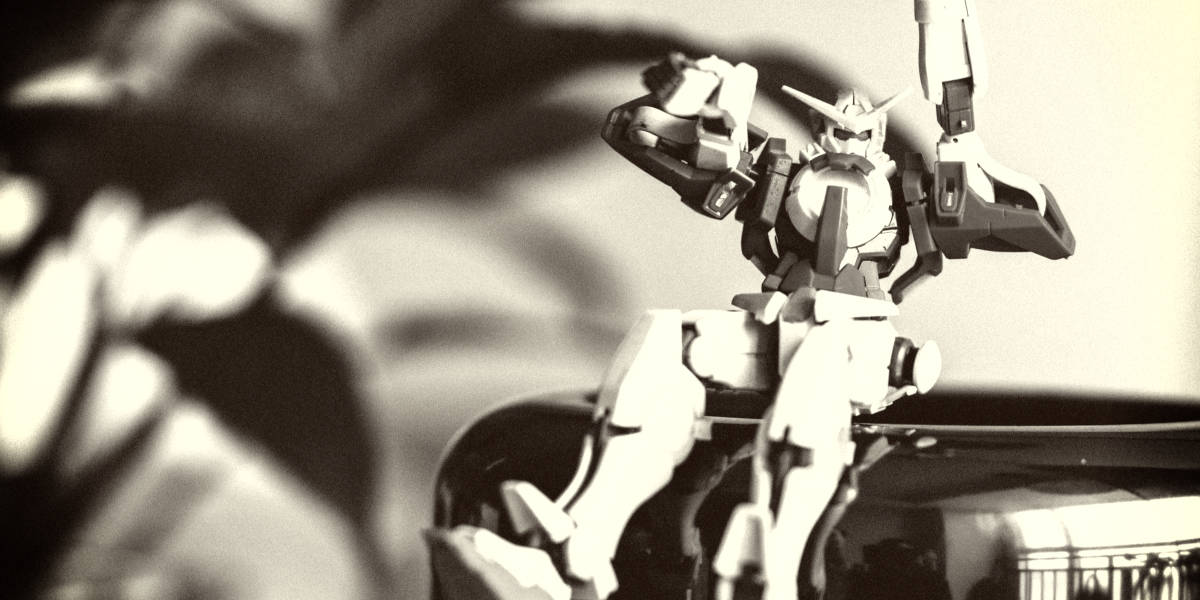