10 Most Expensive Currencies in the World

National currencies are used by millions of people, not only within the borders of nations but on foreign exchange markets and in multi-nation unions. Currency often indicates major historical precedents and histories for the nations that use it.

Continue reading for our list of the 10 most expensive currencies in the world, which includes the nations that use them, their values, and their unique histories. 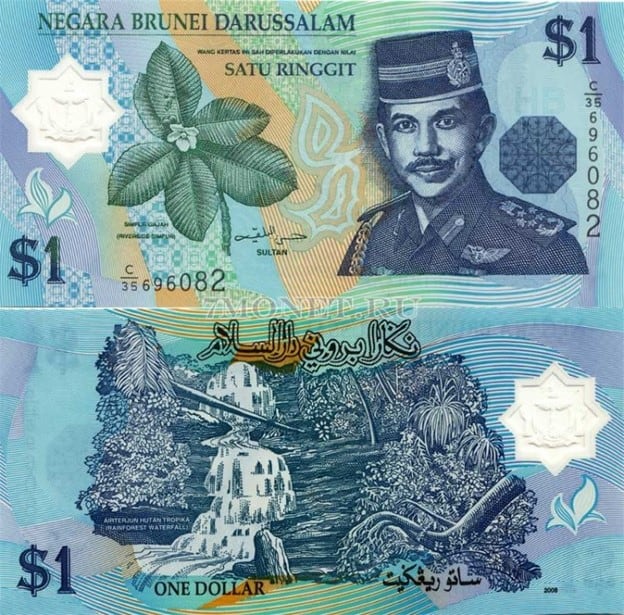 The Brunei dollar has been the certified currency of the Sultanate of Brunei for over 50 years. It was instituted in 1967 and is currently valued at 0.727788 of the United States dollar, which will be used as the standard of measurement for all the currencies on this list.

In 1967, the Currency Interchangeability Agreement made the Brunei dollar equitable with the Singapore dollar, which means that technically both could occupy this bottom spot.

Brunei has had a history of unique types of money. The earliest known money in Brunei was a cowrie seashell! They also famously used to trade teapots made of bronze along the coast of Borneo as a form of currency. 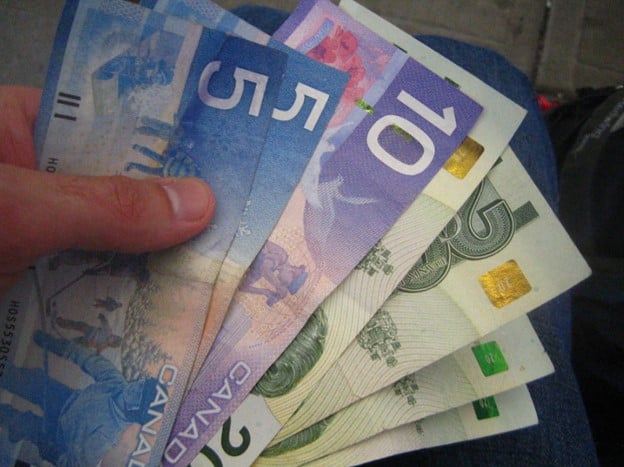 The last currency on this list worth less than the United States dollar, the Canadian dollar is currently trading at around $0.78 on the dollar. Like most dollar-based currencies, it is divided into 100 cents. It is the fifth most plentifully traded currency in the world.

Despite having a lower value on this list, the Canadian dollar is considered a sound investment due to Canada’s stability and good political standing. This makes it popular with central banks on the international foreign exchange.

The Canadian dollar is often called a “loonie” by English speakers due to the bird, the common loon, being on the back.

By far the most recognized and circulated currency in foreign exchange markets, the United States dollar provides the easiest rate of exchange for the rest of this list. It is not, however, the most valuable currency in the world.

When the U.S. dollar was introduced in 1792 with the Coinage Act, it was on par with the Spanish silver dollar in value. The color of the dollar has given the Federal Reserve Notes the nickname, “greenbacks.” The Federal Reserve System is the nation’s central bank and dictates U.S. monetary policy.

Originally, the dollar was backed by fine silver. In 1837, it switched to gold. In 1900, the Gold Standard Act made gold the permanent value standard for the dollar. 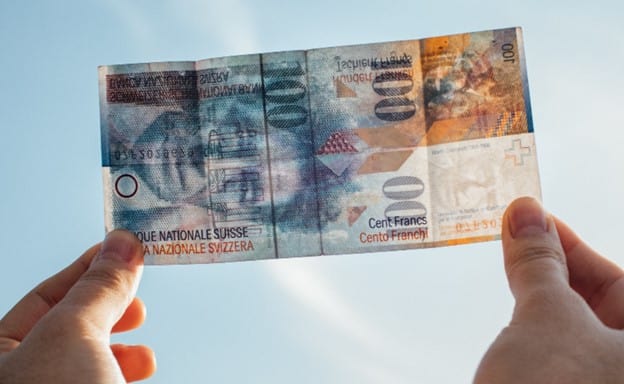 Switzerland and Liechtenstein have the same national currency, the Swiss franc. It is abbreviated nationally as Fr. and internationally as CHF, issued as banknotes by the Swiss National Bank. The Swissmint issues it in the form of coins.

Coins in Switzerland were being made even in the 1700s, though over 860 different kinds were being circulated at once, most based on the livre tournois, the French coin that would eventually become the franc.

By 1820, the Swiss Confederacy had issued over 8,000 different coins in different regions. They would not settle on the Swiss franc in its modern incarnation until the Swiss Federal Constitution created it in 1850. 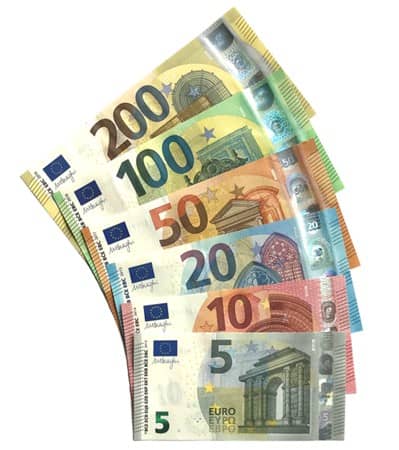 Rather than the currency of one country, the euro is the official currency of the majority of countries that belong to the European Union (19 out of 27 to be exact). Those 19 countries are known as the “eurozone” for this reason.

This means that about 343 million people use the euro, which like the American dollar is divided into 100 cents. Second only to the dollar, the euro is the largest reserve currency in the world. These are foreign currencies that are held in central banks in large amounts in case of economic trouble.

The euro is worth about 1.07 times the American dollar.

The combined value of all circulating euros is enormous, with over 1.3 trillion’s worth in circulation. In addition to the 19 EU members, the euro is also used by other EU states, including four microstates in Europe as well as Akrotiri and Dhekelia, two British overseas territories. 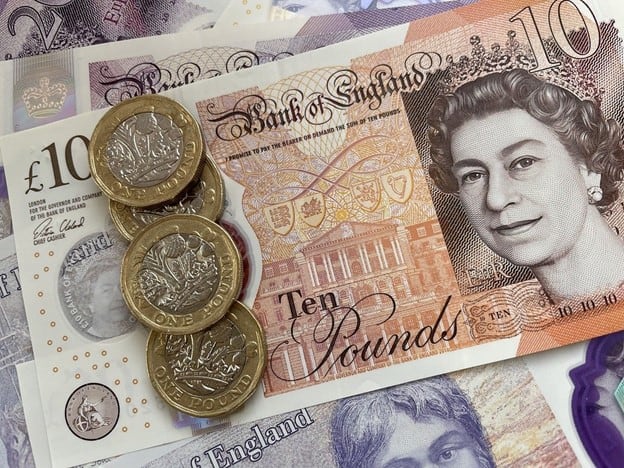 The British pound is also known as the pound sterling or pound. It is best known as the currency of the United Kingdom, but is also used in Guernsey, Jersey, Gibraltar, and South Georgia. Various islands and British territories also use the currency, including the Isle of Man, the South Sandwich Islands, and the British Antarctic Territory.

The British pound has the distinction of being the oldest currency in the world that is still used. It was introduced when the Carolingian monetary system was introduced back in 600-900 AD in England. 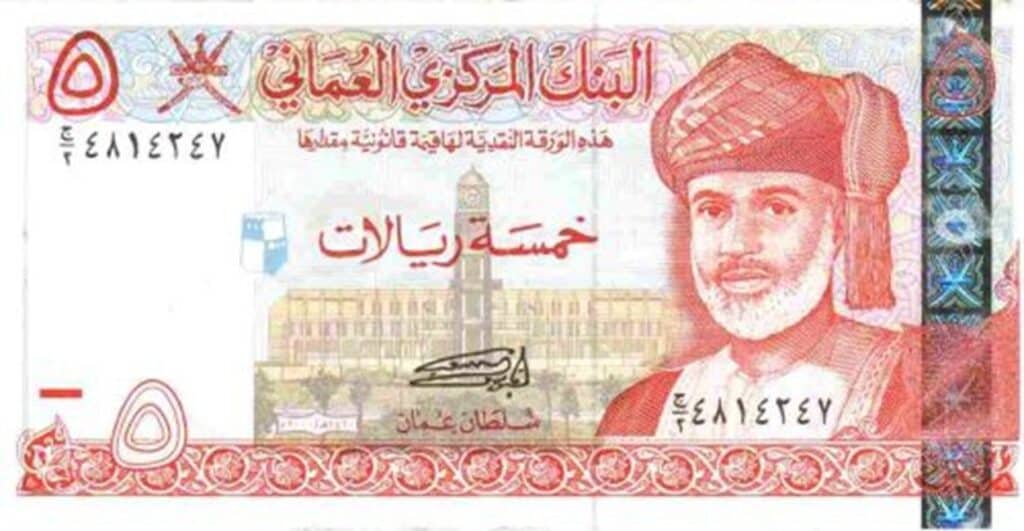 Oman or the Sultanate of Oman is a country in Western Asia. The Omani Rial can be subdivided into 1000 baisa, which is also generally known as “money” in Oman. Though it is not worth as much as it used to be, the Omani Rial is currently worth just over 2.6 times the United States dollar.

The rial was introduced in 1973 after the Indian rupee and Maria Theresa Thaler was replaced (they had been the regional currencies sup until 1940). In 1946, Oman introduced the currency of Dhofar, later replaced by the rial.

Oman on the Arabia Peninsula shares a border with the UAE, Saudi Arabia, and Yemen. It also shares bodies of water with Pakistan and Iran. Originally a maritime empire and now a major player in the Middle East, Oman is the oldest state in the Arab world that can claim continuous independence.

The Bahraini dinar, often abbreviated as BHD, is the national currency of the country of Bahrain in the Middle East. It uses three decimal places to denote fractions of 500 fils, which are the smaller coins that go into the dinar.

One of the most valuable circulating currencies in the world, the Bahraini dinar is worth nearly 2.66 times the American dollar. It replaced the Gulf rupee in Bahrain in 1965, introducing both the coins and notes still used today.

The Roman coin called the denarius is where the dinar got its name. Abu Dhabi used the Bahrain dinar initially but changed to their own currency, the United Arab Emirates dirham, in 1973.

The Kuwaiti dinar is the national currency of Kuwait. It is worth over 3.27 times the United States dollar, making it the most expensive circulating currency in the world.

The dinar of Kuwait is subdivided into 1,000 smaller currency coins, called fils. The Kuwaiti dinar replaced the Gulf rupee in 1961. When it debuted, it was worth the equivalent of a pound sterling.

The dinar was then briefly replaced by the Iraqi dinar in 1990 when Iraq invaded Kuwait, resulting in large numbers of existing banknotes being stolen by the invading army. Kuwait restored its national currency after Iraq left.

“Fils” is actually a singular coin in many Arab countries, including Iraq, Bahrain, and Kuwait. It comes from the fals, an Arab coin used in the medieval age. 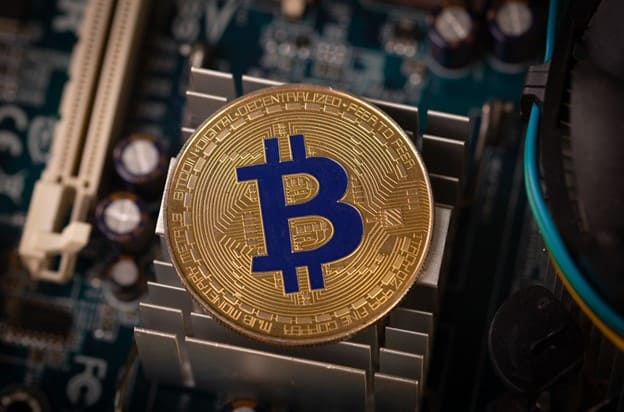 The most expensive currency is Bitcoin. Cryptocurrency is both some of the world’s most valuable currency as well as its most volatile. This list could be stuffed with crypto, based on values at the time of writing. However, we limited it to circulating currencies, whose values are more reliable.

But for the top spot, we’re taking a look at the most recognizable and valuable cryptocurrency. A single bitcoin is currently worth $40,348.70 at the time of writing. To give you an idea of how volatile it is, when we drafted this article earlier the same day, it was worth $39,426.70, over $900 different.

Bitcoin is what’s called a decentralized currency. Rather than a central bank or federal authority, bitcoin’s value is determined by a peer-to-peer trading network with no intermediary authorities.

Verified transactions are listed in a public ledger known as a blockchain. It is the lifeblood of cryptocurrency.

You may not deal with every currency on this list every day, but as communication and trading technology improves, anyone can invest in some of the world’s most tradeable and expensive currencies.

8 Most Expensive Underwear You Can Actually Buy

9 Most Expensive Alcoholic Drinks from Around the World