9 Enneagram Personality Types- How Rare Are They?

A survey that was conducted on 189,957 participants to assess the population distribution of different types of Enneagram personality found that some personality types are more common, and some are a little rarer.

Here we rank the 9 Enneagram Personality Types based on this survey conducted by Enneagram.bz. 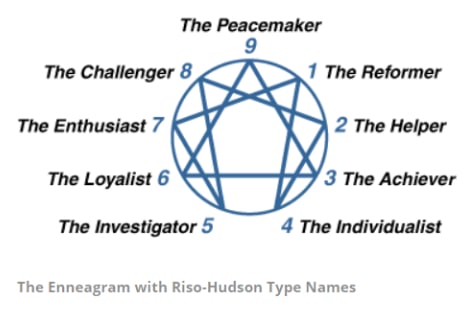 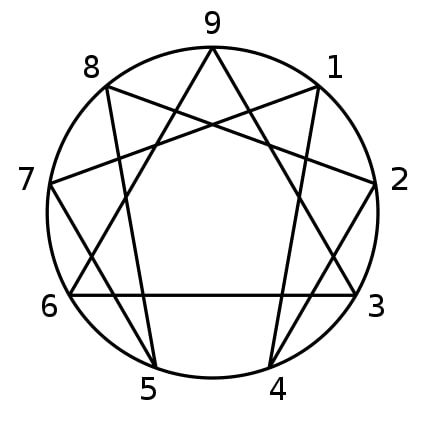 The Enneagram Population Distribution Study shows that the most common Enneagram is Type 9, known as the Peacemakers. They are easygoing people who always try to avoid conflict and maintain peace.

They are agreeable, accommodating, trusting, and non-judgmental. They always try to make people happy around them. In order to do that, they do not hesitate to let others take control.

Type 9 people are usually pleasant, and they can be good listeners. Their basic desire is to keep peace and maintain stability in both internal and external worlds. These people are afraid of separation and disconnection.

They lack a sense of their own identity and can be too complacent. They do not often share emotions and negative feelings and keep things in. As a result, they may occasionally explode with anger when things are too much.

Enneagram theory is not well accepted by experts and academicians working in the field of evidence-based psychology. Some even consider it pseudoscience.

Type 6 is the second most common Enneagram. Type 6 people are committed, loyal, and seek security in life. They are witty, practical, and excellent at solving problems. They are over-thinkers who imagine worst-case scenarios and remain prepared to deal with them. They are cautious and sometimes indecisive.

They can often be anxious and stressed, and also suspicious. They struggle with self-doubt and indecisiveness. Type 6 people are usually compassionate, caring, and dependable. They value friendships and always put effort into keeping their dear ones close.

People with Type 4 personality type are self-aware, expressive, and creative. They always want to be unique and meaningful. They are empathetic, self-introspective, and understanding. However, at times, they can also appear to be self-absorbed.

They tend to be moody and often struggle with self-indulgence, melancholy, and self-pity. They sometimes withdraw themselves when they feel vulnerable and flawed. Their basic fear is having no identity or personal significance.

Type 4 can be a little overrepresented in the survey as they are more likely to take such tests due to their self-introspecting nature.

People with Type 7 Enneagram personalities are positive, spontaneous, and fun-loving. They are adventurous and always full of energy. They refuse to be tied down and keep themselves busy. These people can adapt to different social circles without difficulties.

They are motivated by their need to be always happy and do everything to avoid emotional pain. They sometimes struggle to recognize limits and, as a result, tend to overexert themselves.

Type 7 people are usually fast learners and have excellent mind-body coordination. They can easily pick up new skills and often fail to value their own abilities.

Type 3 people are pragmatic. They tend to invest all their energy in achieving success. They are extremely driven and want to ensure success in life. What they understand by being successful in life may differ from one individual to another, depending on their upbringing, family, and culture.

They always try to develop themselves to accomplish personal achievements. They also tend to motivate and encourage others to do the same. Usually, they are popular among their friends and peers who look up to them. They are perceived as inspiring figures who are confident and always trying to improve their abilities and talents.

Type 3 people tend to be highly image-conscious and focus too much on what others think of them. Even when they are not successful, they try to look successful to others.

People with Enneagram personality Type 1 have a strong sense of ethics. They strive to improve the world and want to maintain high standards. They are idealistic and can be very critical, especially to themselves.

They are usually well-organized, orderly, and afraid to make mistakes in life. They deeply value honesty and are consistent with their ideals. They do not want to be criticized by others but tend to focus on their own imperfections.

It often becomes difficult for the Reformers to enjoy their lives when things are not in perfect order.

Type 2 are those people who are always there for their friends and families. They often act as the support system of a family. They are empathetic, sincere, warm, and generous. They value relationships and tend to focus all their energies on being liked and loved by others. They never want other people to dislike them and can do anything to avoid that.

They are self-sacrificing and often tend to ignore their own needs to make others happy. They are usually well-driven but may come across as sentimental, people-pleasing, and flattering.

Type 2 people can become possessive, and sometimes they feel they know best what others need. Due to this trait, they often cross boundaries and create discomfort for others.

This is a rare Enneagram type with only 6.3% representation. People with this personality type are self-confident, assertive, and decisive. They know what they want and always feel a need to control their environment.

People with this personality type love challenges and inspire others to take challenges. They are charismatic and have the power to convince others to join their endeavor. They use their strength to improve the lives of others as well as their own.

They can be confrontational, intimidating, and even control freaks. They always want to protect themselves and are afraid of showing their vulnerabilities to others.

People with personality Type 8 develop the qualities like strength, persistence, will, and endurance at an early age to protect themselves from emotional pain and turmoil as they never want to be hurt.

Type 5 is the rarest Enneagram type, with only 4.8% representation. People with this personality type want to possess the knowledge and have a strong need for privacy. They spend a lot of time observing and contemplating. They hoard time, space, and energy to hoard knowledge.

They tend to be detached from their emotions and feelings. They limit intrusion from the outer world and are usually loners. They have inquisitive minds, and they always try to delve deeper.

Experts believe Type 5 people fear being useless, helpless, or unable to function successfully. This deep insecurity encourages them to seek knowledge that is not commonplace.

8 Most Expensive Tarantulas You Can Buy