8 Most Expensive Tarantulas You Can Buy

Tarantulas are popular among pet owners who want to keep an exotic pet. They are docile, low-maintenance, and easy to take care of. However, like many other exotic pets, the tarantula is not for everyone. If you want to pet a cuddly animal that you can handle, go for something else.

You should always avoid touching them as they have that habit of biting whenever they feel threatened. Keep tarantulas in an enclosed space and bring them out only when necessary.

As of now, 1040 species of tarantulas have been identified by scientists. They differ in appearance, habit, temperament, and nature. Some are calm and docile, while others are more on the wilder side.

Different types of tarantulas come at different prices. Common species can be as cheap as $20, whereas rarer and more exotic ones can sell for hundreds of dollars. Besides, as there are no standard guidelines for tarantula prices, price differences for the same species can be huge. For example, tarantulas are usually much more expensive in the US than in the UK or other European countries.

Here, we list 8 of the most expensive tarantulas that can be found in the pet market. The prices mentioned here are indicative based on different available sources. Also, these are the prices for mature female species. Males and spiderlings usually come at a much cheaper rate. 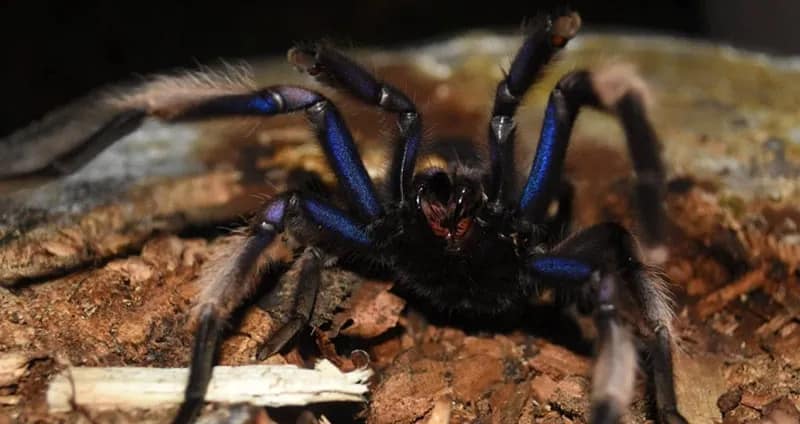 Chilobrachys sp. Electric Blue tarantula is popular among western tarantula hobbyists mainly because of its stunning electric blue legs. Some members may have purplish legs. The color of their legs can be more clearly seen under the correct lighting.

Chilobrachys sp. Electric Blue tarantula is an Old-World semi-fossorial species that live on forest floors in Thailand. They are also found in the border areas of Vietnam.

Except for the color of their legs, nothing is very spectacular about this species. In general, Chilobrachys tarantulas look quite dull with their chocolate brown or greyish body. The leg color is more pronounced in the female species.

Chilobrachys sp. The Electric Blue tarantula is not suitable for beginners. It is defensive and moves really fast. Their bite is extremely painful as they inject powerful venom with the help of their fangs. 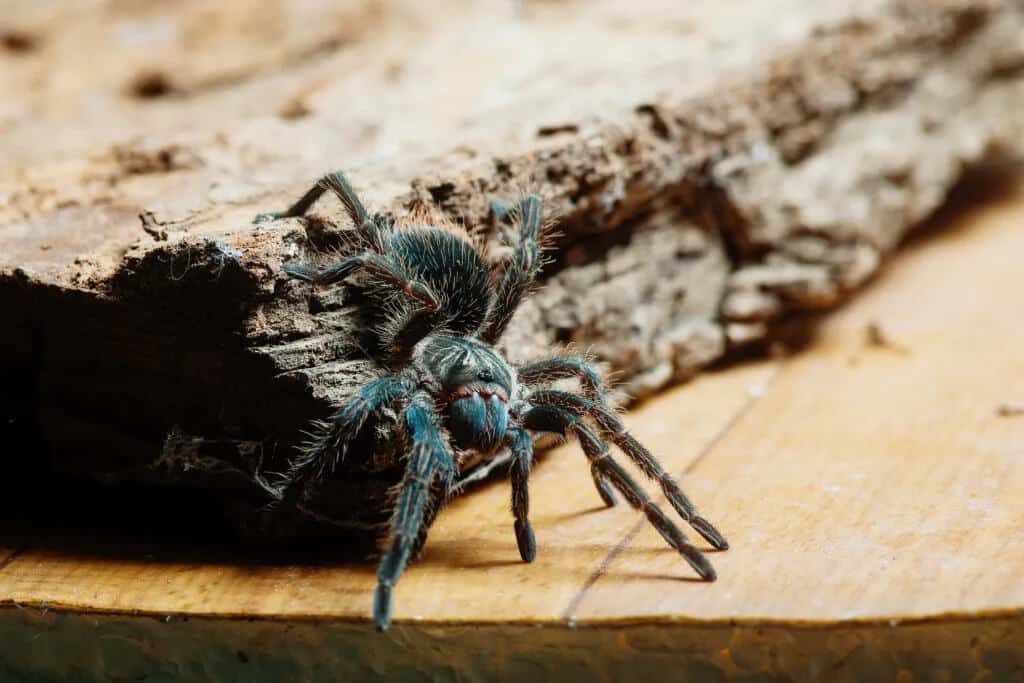 Red Island Birdeaters are large terrestrial spiders that can grow up to 9 inches. They have a bronze-brown body that can have a pinking luster after molting. Red Island Birdeater tarantulas are native to the Dominican Republic but also be found in West Indies, Brazil, Hispaniola, and Honduras.

They live in the rainforest and are known as excellent webbers. They usually eat crickets, insects, birds, lizards, and some mammals.

New-World species are usually easy to handle, but this one is an exception. Red Island Birdeaters are known to be agile and aggressive. They are fearful of humans and do not hesitate to attack in self-defense. 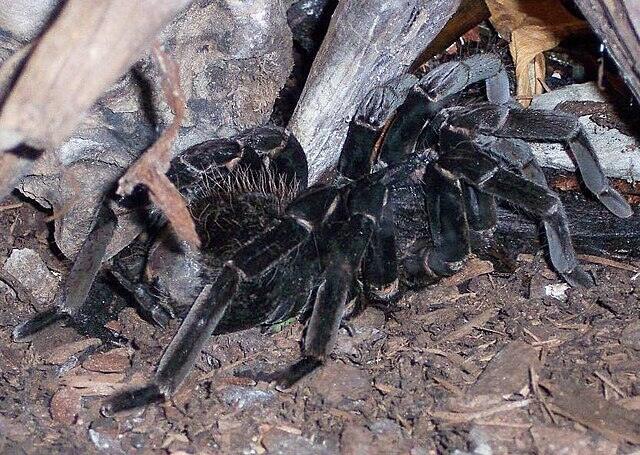 Colombian Lesser Black tarantula is a terrestrial bird spider known for its size and coloration. It is a considerably large spider with a body length reaching up to 2.75 inches.

Their body is covered with deep olive-black woolly hairs. Male species appear more colorful than their female counterparts. Females feature dark purple on the carapace and have black velvet legs. The purple color is more pronounced in males. The abdomen of Colombian Lesser Black is covered with long blondish red hair.

The species is native to Bogota, Colombia. Some reports suggest that Colombian Lesser Black tarantula can also be found in Panama.

Colombian Lesser Black tarantula often exhibits a mutualistic relationship with a local species of frog. The tarantula keeps the predators away from the frog and its eggs, and the frog protects the spider’s egg from ants. 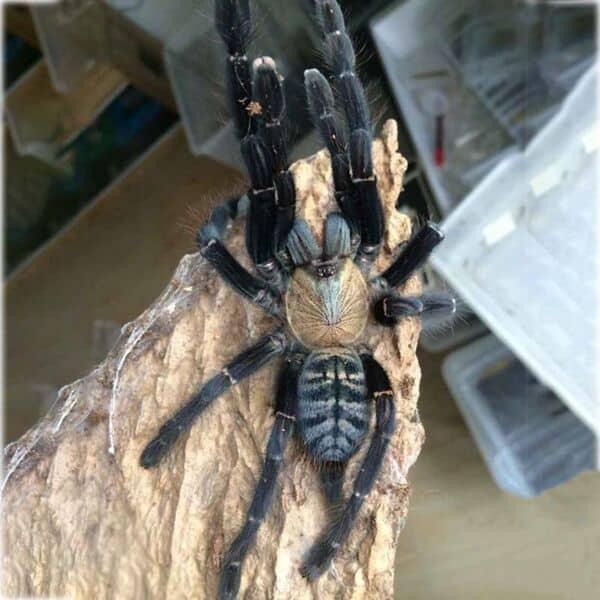 Sumatran Tiger Tarantula is an Old-World tarantula found in West Sumatra. This arboreal tarantula was discovered in 2008 and has not yet gotten an official name.

The female species of this beautiful bird spider features bold, prominent markings on its abdomen. The males have brown bodies. Their legs are black with white bands around the joints.

They are very timid and can be defensive if threatened. The venom is probably strong and can cause extreme pain. However, enough research is yet to be done to reach a conclusion in this regard.

Tarantulas are fed on live prey. If you are planning to get one, you must be ready to provide them with live prey like roaches, grasshoppers, or crickets. However, if it is a larger tarantula, you may have to supply mice and similar prey. 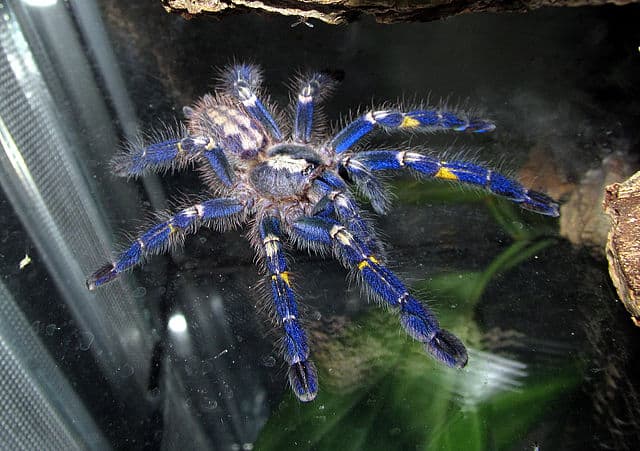 Gooty Sapphire Ornamental is a rare Old-World tarantula. In the wild, it is restricted to a reserve forest covering a 39 square mile area in Andhra Pradesh, located in southern India. The population size is not confirmed, but it shows an indication of steady declination.

The International Union for Conservation of Nature has listed this species as critically endangered.

The body of a mature Gooty Sapphire Ornamental tarantula is covered with beautiful metallic blue hairs, and they feature intricate fractal-like patterns on the abdomen.

A female Gooty tarantula typically lives for 12 years, in exceptional cases, for up to 15 years. Males live for around 3-4 years.

In recent years, the Gooty Saphire ornamental tarantula has become very popular with pet enthusiasts. They have been bred in captivity for 10 years. A female Gooty tarantula can cost up to $500 or even more.

Gooty Sapphire Ornamental tarantulas live in the holes of tall trees. They are very quick-moving animals, and their bite is considered medically significant. 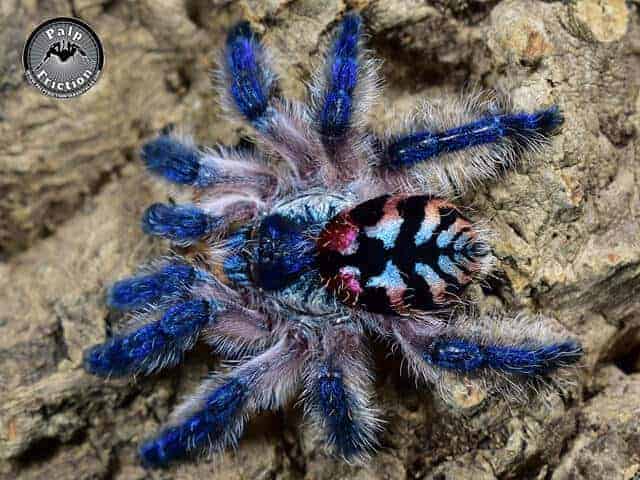 Brazilian Jewel Tarantula is arguably the most gorgeous pet tarantula. They are extremely colorful, featuring shades of red, blue, pink, green, yellow, and every other shade in between. The males are not as colorful as the females but feature pink toes. They have long legs and relatively smaller abdomen.

This particular variety of tarantula is highly desirable for its beauty and chunky look. Besides, they are calm and make excellent pets.

Typhochlaena seladonia is found in Sergipe, Brazil. There they live in the bark and leaves of rainforest trees.

Brazilian Jewel Tarantula creates camouflaged trap doors with small pieces of plants on the surface of the tree to hide behind it and wait for prey to pass. A few tarantula species have the ability to build an elaborate trap door. They, as a group, are commonly known as the trap door species.

Birupes simoroxigorum is the latest addition to the long list of exotic tarantulas. This species was first described in 2019.

Arachnologists Ray Gabriel and Danniella Sherwood published an article in The Journal of the British Tarantula Society describing the species.

They found the spiders belonged to a completely new genus, and they named it Birupes, which stems from Biru, a Malaysian word for blue. The word simoroxigorum incorporate three names: Simon, Roxanne, and Igor, children of the three European collectors who supplied the specimens to Gabriel and Sherwood.

Birupes simoroxigorum has electric blue legs and a creamy toffee-colored body. The only specimens of this species are found in the forests of Sarawak, Malaysia.

The European collectors who found the tarantulas in the forest of Sarawak transported the animals to Europe without a permit. It was revealed after Gabriel and Sherwood published the article. However, Sherwood stated that they “had no reason to believe” that the specimens were illegal. 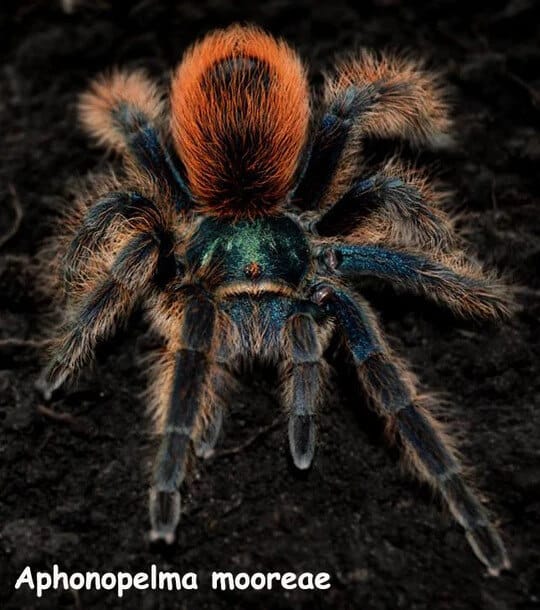 Mexican jade fuego tarantula is the most expensive tarantula you can buy. It has metallic blue legs that are almost black in some parts and is covered with red hairs.

This tarantula is so pricey partly because of its looks. The other important aspect is that Mexican jade fuego tarantulas are very calm and suitable for beginners. A female Mexican jade fuego can live for up to 20+ years in captivity. Males typically live for around 8 years.

These spiders are found in the southern part of Yecora in the Mexican state of Sonora.

The species was first described in 1995 and was named after Barbara Moore, the president of the American Arachnological Society.

9 Enneagram Personality Types- How Rare Are They?