As the most fundamental building blocks of the universe, stars are among the most majestic and complex creations in the cosmos. These astronomical objects are responsible for developing and allocating heavy elements (elements with an atomic number over 92), including nitrogen, oxygen, and carbon.

Their composition, age, and dispersion in a star system are indicators of evolution, history, and dynamics in that particular galaxy. Stars are born from dust and gas accumulation collapsing due to gravity’s influence.

This process lasts over a million years from the moment the first gas cloud started breaking, resulting in a birth of a star that shines as bright as the Sun. These clouds spread throughout the galaxies, and the Orion Nebula is among the best-known examples.

However, some of the remaining material will become an asteroid, a planet, a comet, or stay in the form of dust forever. Red dwarfs are the tiniest stars and have only ten percent of the Sun’s mass, but they’re the most numerous in the cosmos and have the most extended lifespan.

Hypergiants, however, are the largest stars, over 100 times more massive than Sun, but only live a few million years.

This list explores the rarest type of stars and dives deeper into these astronomical objects. Even though every particle in the universe is unique and irreplaceable, M-type stars are the most common, but they are better known as red dwarfs. Red dwarfs are red, and their luminosity is dim.

They have a remarkable lifespan due to burning their nitrogen levels slowly and being significantly colder. Moreover, the composition and characteristics of red dwarfs make a habitable zone around them possible (e.g., Wolf 359, Luyten 726-8, Barnard’s Star).

Two principal groups of red dwarfs exist – flare stars and less hostile, friendlier stars. The former represents highly variable stars that may increase in brightness in minutes, while the latter still blow flares, but these events are rare. K-Type stars, the second most common stars in the universe, have a smaller habitable area and a stellar lifetime twice bigger than our Sun. The best-known examples of these astronomical objects are Alpha Centauri B and Epsilon Eridani.

These stars, also known as orange dwarfs, only appear to be orange but are white, just like all the other stars. Moreover, their flares are less harmful than red dwarfs, resulting in more stable and enduring habitable environments.

An orange dwarf star system’s habitable zone would resemble a squeezed-in version of our Solar system. Thus, it would be slightly compressed and shifted inwards in the direction of one to two planets. G-Type stars are yellow stars, resembling our Sun, but that’s not where the similarity ends, as they also have a similar habitable zone. Moreover, they produce the same radiation types and have the same percentage of ultraviolet, visible, and infrared light.

Some G-Type stars are brighter than the Sun, while others are fainter, but these variations are rarely significant. For instance, Alpha Centauri A is a more shining star, while Tau Ceti is dimmer.

If humans lived on a planet around a G-Type star, we would likely find ourselves close to the most familiar type of Sun. As a result, we would probably need a short time to adapt to that environment. 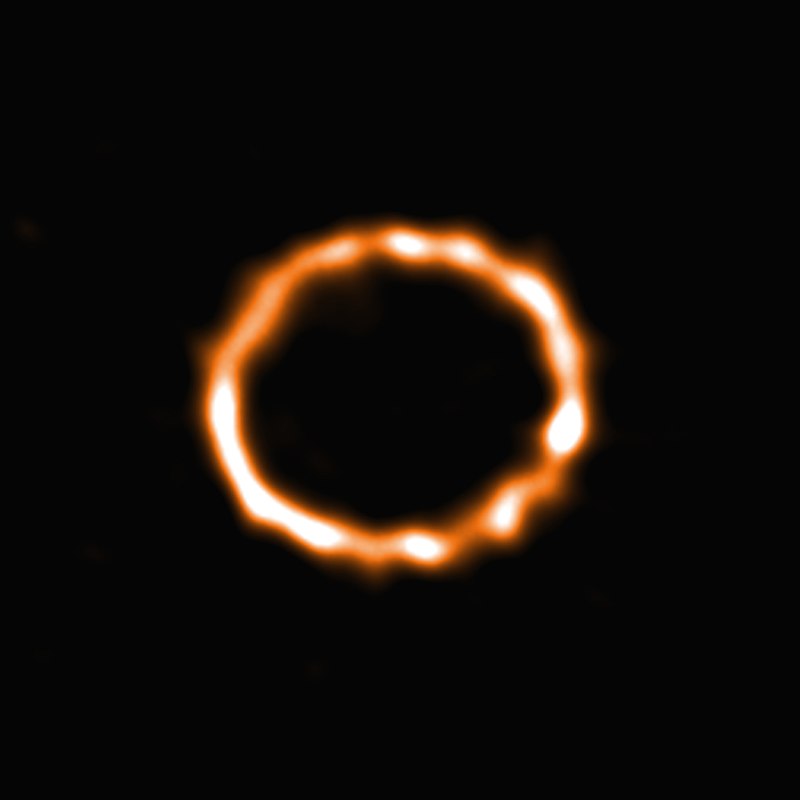 F-Type stars are yellow-white warmer equivalents to the Milky Way’s Sun. They are also a significant habitable zone, allowing them to be home to multiple planets.

Even though the luminosity of F-Type stars resembles our Sun, they have a shorter lifetime and turn into red giants before gradually becoming white dwarfs. Various planets reside around F-Type stars, and they can all build planetary systems resembling the Solar System.

Even though life is possible on planets orbiting an F-Type star, the intense light and shorter stellar lifespan represent the most critical problems. For instance, these stars produce significant UV radiation, which would have a long-lasting negative impact on DNA molecules. A-Type stars might be rare on a large scale of things, but they are the second most common stars in the night sky due to their luminosity. These astronomical objects have a sizeable habitable zone thanks to weak solar winds and intense magnetic fields.

Even though they have a shorter stellar lifespan and turn into white dwarfs at the end of their evolution, that poses no threat to potential settlers as the human lifespan is dramatically tiny in comparison. However, planets around A-Type stars wouldn’t have enough time to evolve into Earth-like bodies, and each meteorological season would last more than a year.

If humans settled on planets around A-Type stars, they would have to harvest crops multiple times during moderate summers and rainy seasons to survive long and cold winters. But they would also have to cover their skin well, even on sunny days, to protect themselves from intense UV radiation. Humans are lucky witnesses of the existence of B-Type stars, as they are beyond rare. However, their remarkable luminosity makes them the most visible stars in the night sky, providing majestic views after sundown.

Even though these stars might be hosts to gigantic habitable zones, humans can’t colonize their systems due to the extreme distance unless interstellar travel passes the speed of light. Moreover, the most significant and best-known stars are B-Type stars, such as the 7 Pleiades, Deneb, and Rigel.

The high distance between the Earth and B-Type stars isn’t the only problem preventing humans from colonization. Even if planets around B-Type stars have a tilted axis (the angle between an object’s rotational axis and its orbital axis), the seasons last for hundreds of years. The rarest type of stars in the universe are O-Type stars, as they have more mass and a much higher temperature than others. Moreover, they have deadly radiations and intense solar winds, making the existence of habitable zones questionable.

Thus, these stars have the most intense luminosity, an extremely short stellar lifetime, and turn into supernovas after exploding. The final step of evolution for O-Type stars is becoming black holes.

Life on planets around the O-Type stars is likely impossible due to the continuously decreasing gravity that causes planets to move outwards and, ultimately, free-float through the galaxy. Hence, only civilizations with highly advanced technology and genetically modified plants would survive in that hostile environment.

Life as we know it wouldn’t be possible without the stars. Instead, our planet would likely be a rock full of ice, without the conditions to support any lifeform.

Stars aren’t only distant, majestic lights in the night sky. In various forms, they are our guides, protectors, traces of the past, and inspiration.

Moreover, every star visible at night is brighter and larger than our Sun, but one can only spot up to 2500 stars at any time. They cannot twinkle, even though people often believe so.

However, that explains why so many report Sirius as UFO. But this false perception is the result of the Earth’s chaotic atmosphere.

That’s not the only misconception people have about stars. According to popular belief, the stars we see in the sky are already dead.

They are still alive whenever these astronomical objects are visible without a telescope. On the other hand, one belief is simultaneously a fact – humans are indeed made of stardust.

Thus, many elements that make our bodies come from various supernovas. Hence, if we wanted to be poetic, we might say humans are the rarest forms of stars.

Nevertheless, animals and most of the matter on Earth are made of the same pieces. That only shows how breathtaking our universe is, including every particle inside.

O-Type stars still win as one of the rarest things in the cosmos. They are massive and burn and die fast compared to the other types.

But only four of the 90 brightest stars one can see from Earth are O-Type stars. – That makes these astronomical objects even rarer.