9 Rarest Lunar Events to Watch Out For

Celestial events have always been a source of awe, and lunar events are the most fascinating of them all. Hundreds of myths have been created surrounding these events, and different cultures interpreted them in their own ways. They evoked fear, joy, and curiosity from the beginning of the time. Some events are considered auspicious, and some others are perceived negatively.

Science has been able to debunk the myths and has come up with scientific explanations about why and how these happen. Today, astronomers can predict the precise dates of such future events based on solid mathematical calculations.

Here we talk about the 9 rarest lunar events that can only be observed once in a while. 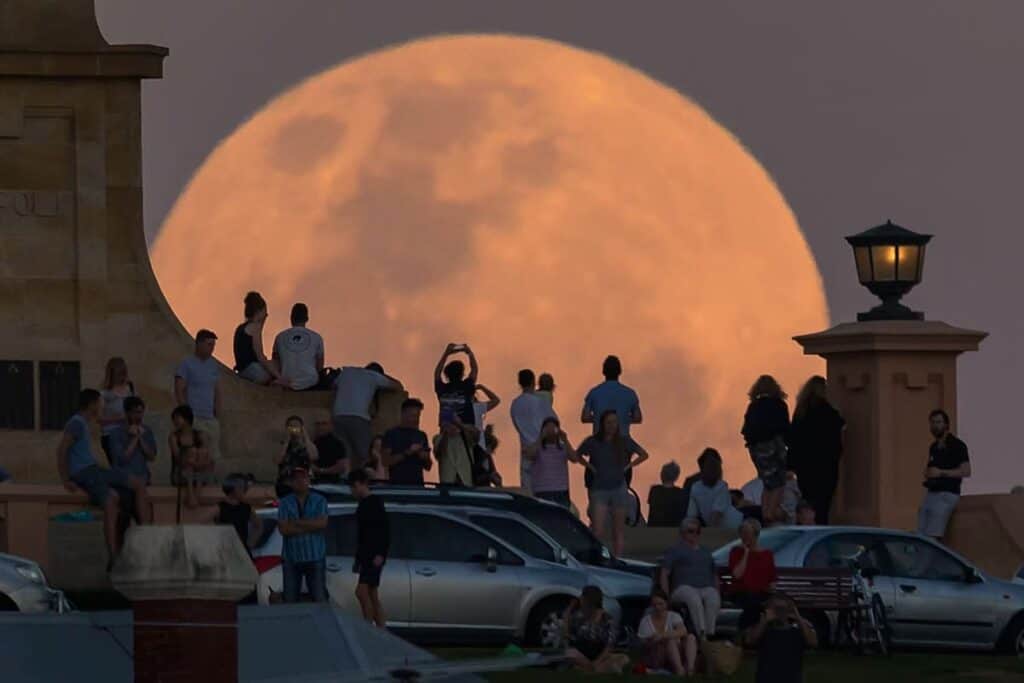 The Supermoon is not an astronomical term. American astrologer Richard Nolle coined this term in 1979. A Supermoon is slightly brighter and larger than the regular Moon. It happens when a full moon coincides with the perigee position of the Moon.

As the Moon comes closer to the Earth, the lunar disk appears larger and brighter and is called the Supermoon. We get to see a Supermoon around 3-4 times a year.

The Moon changes its orbit due to various reasons. Thus, the distance of perigee doesn’t remain the same. The closest Supermoon of this century will be seen on December 6, 2052. 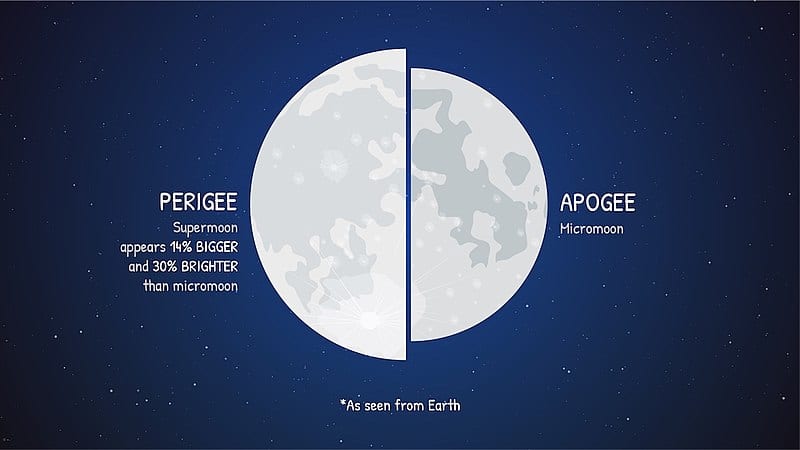 A Micromoon is exactly the opposite of a Supermoon. The farthest point in the Moon’s orbit is called the apogee. The average distance of apogee from the Earth is around 226,000 miles.

When a full moon coincides with apogee, the lunar disk appears smaller and dimmer. It is called the Micromoon. Like Supermoon, this term is also not scientifically approved and has its root in astrology.

A Micromoon appears 14% (approx) smaller than the Supermoon. Moreover, the illuminated area is about 30% smaller, so the Moon looks less bright. 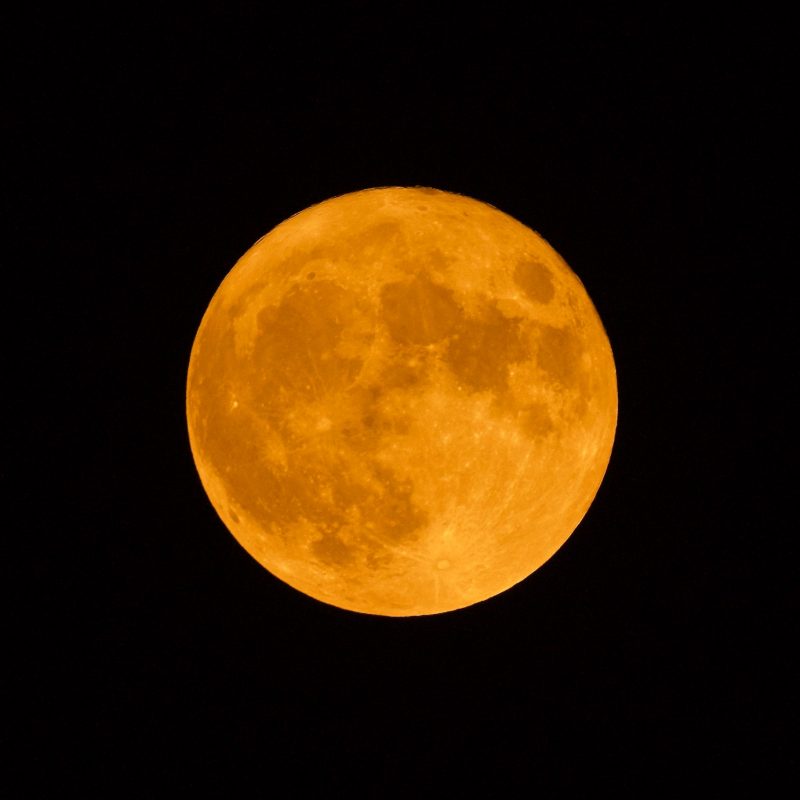 The full moon nearest to the autumnal equinox is known as the Harvest Moon. During this time, the moon rises above the horizon soon after sunset. This happens because it is the time when the angle between the Moon’s orbit and Earth’s horizon remains at the minimum.

It is called the Harvest Moon because it corresponds with the harvesting months in Europe and North America. Traditionally, this extra time of moonlight would help the agricultural workers harvest their summer crops.

A similar occurrence can be observed in corresponding latitudes in the southern hemisphere, sometime during March. However, the name Harvest Moon is only used in Northern Hemisphere. 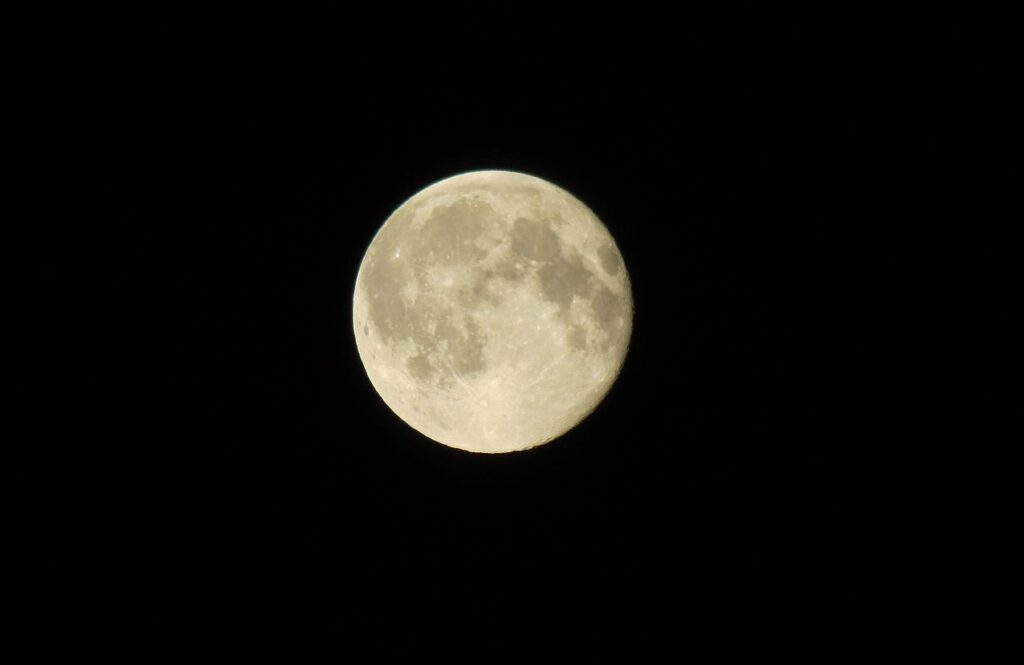 We all use the phrase ‘Once in a Blue Moon’ to refer to something rare. However, Blue Moon is not as rare as it seems.

There are two definitions of a Blue Moon, and none of them have anything to do with the color of the Moon. Traditionally the term Blue Moon was used to describe the third full moon in an astronomical season that contains four full moons in total. An astronomical season begins with equinoxes and ends with solstices.

The other definition that is now more widespread use the term to describe the second full moon of a month containing two full moons.

NASA uses the terms Seasonal Blue Moon and Monthly Blue Moon to distinguish between the two. 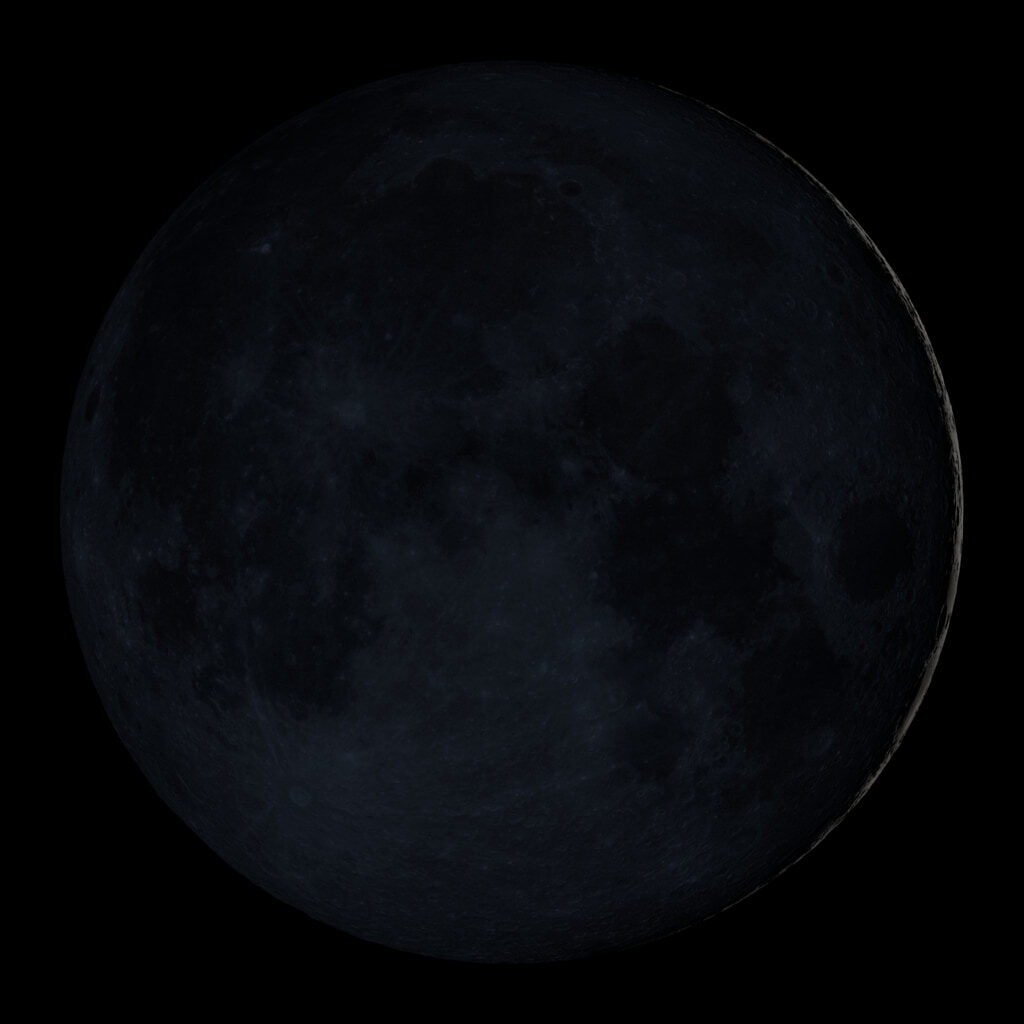 The Black Moon is similar to the Blue Moon. The only difference is Blue Moon is a full moon, whereas Black Moon refers to a new moon.

As a new moon is when we cannot see the Moon from the earth, Black Moon is not visible.

Black Moon is not a scientific term and thus doesn’t have any standard definition. The term is loosely used for describing different types of situations, and that often creates confusion. 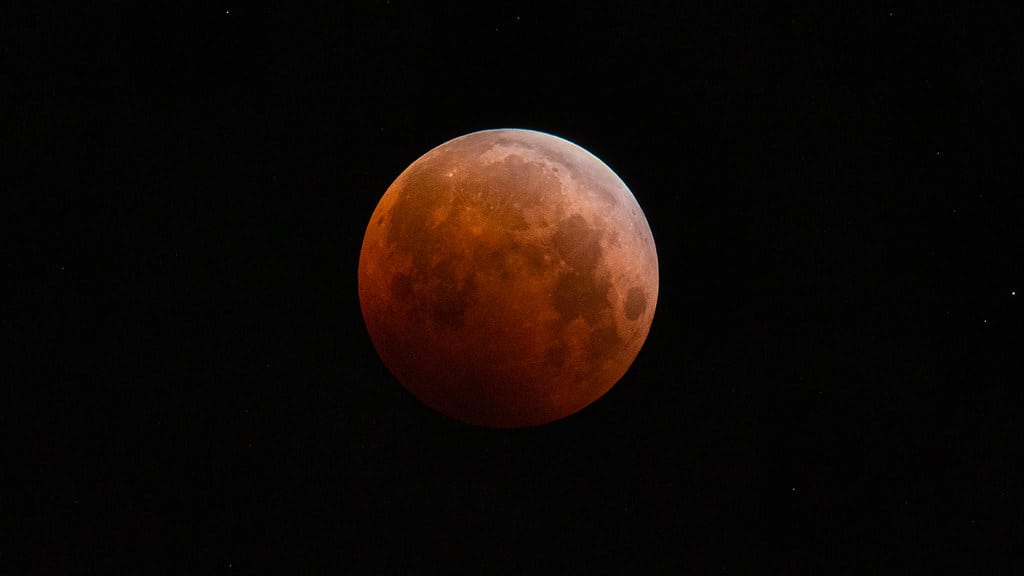 Occasionally, a Supermoon may coincide with a total lunar eclipse. This phenomenon is called Super Flower Blood Moon. It is quite rare as two conditions need to be fulfilled at the same time.

First, the moon needs to fall entirely within the earth’s umbra, the central region of the earth’s shadow. Secondly, it needs to be a Supermoon, meaning a full moon coinciding with the perigee position.

The Super Flower Blood Moon was last observed in May 2022 and will again occur in October 2032.

Super Flower Blood Moon creates an excellent spectacle in the night sky as the moon looks bigger than usual and has a bright copperish red hue. 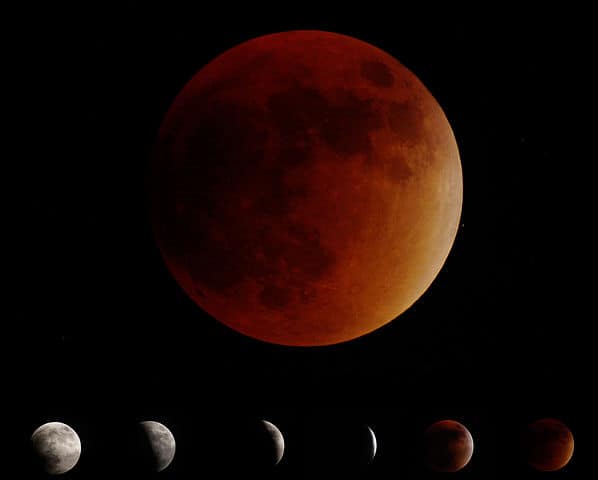 When a set of four total lunar eclipses occurs within a period of two years, in astronomical terms, it is called the tetrad.

Tetrad follows an interesting cycle of 600 years. No tetrads can be observed for around 300 years. In the following 300 years, one tetrad occurs every 15 years or so.

Some sects of Christian prophecy use the term Blood Moon to describe a total lunar eclipse that is part of a tetrad. However, in general, the term refers to any lunar eclipse due to the coppery red appearance of the Moon. Blood Moon is not a scientific term but is widely used by the general population.

The use of the word Blood Moon in regard to tetrad was recently made popular by two Christian Pastors, John Hagee and Mark Blitz. Each of them published books where they predicted that the tetrad of 2014-15 signified the end of time. 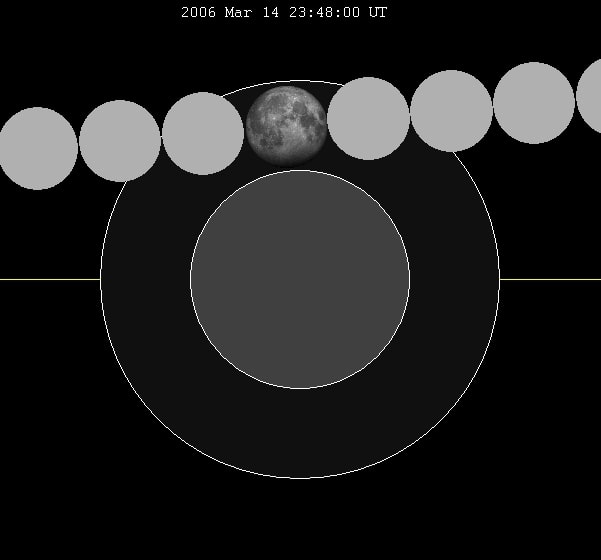 A penumbral lunar eclipse occurs when the Moon passes through the outer part of Earth’s shadow, called the penumbra.

A penumbral lunar eclipse can happen when two conditions are present: the Moon is in the Full Moon phase, and the Moon is imperfectly aligned with the Sun and Earth.

A penumbral lunar eclipse is impossible to observe with naked eyes unless at least 70% of the Moon’s diameter gets immersed into Earth’s penumbra. During the total penumbral eclipse, the Moon appears slightly dimmer or a shade darker. 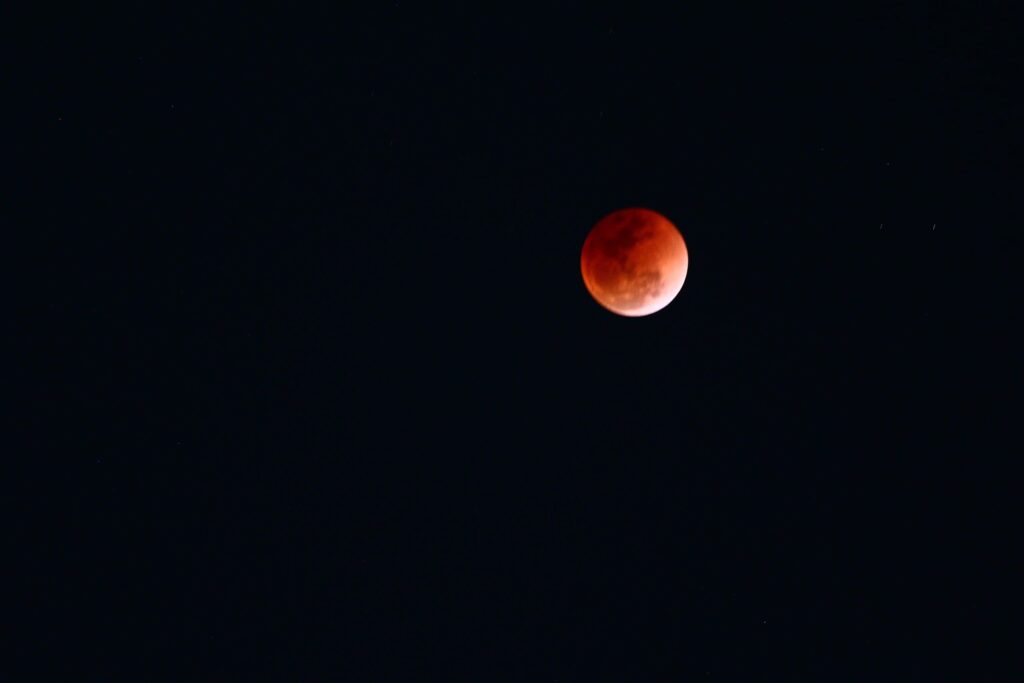 Super Blue Blood Moon is the rarest type of Moon on this list because it requires three conditions to coincide. It needs to be a Blue Moon, a Supermoon, and a total lunar eclipse.

A Super Blue Blood Moon appears practically the same as the Super Flower Blood Moon, as Blue Moon doesn’t have any effect on the appearance.

10 Most Expensive Couches Ever Sold