6 Rarest Fruits in the World

If you look up rare fruits on the internet, the lists that pop up show fruits that are only considered “rare” because they are hard to find outside of their native countries. These fruits may be exotic, especially in the West, but they are not necessarily rare and are quite common in their native habitats. For our list of rare fruits, we actually found fruits that have very few individual plants left in the wild. All of these rare fruits are critically endangered and may even be close to extinction.

Caféier de Humblot grows very important fruit, whose seeds produce one of the world’s favorite drinks, coffee. This rare coffee plant is native to the Comoro Islands (off the south-east coast of Africa) and is naturally caffeine free, like most species of Coffea plants. According to the IUCN Red List, there are probably fewer than 110 Caféier de Humblot plants remaining in the wild and its numbers are decreasing.

The Caféier de Humblot is threatened by habitat loss due to the expansion of agriculture. Much of the forests were the rare coffee plant grows has also been cleared for timber, grazing, selective logging, and crops. Additionally, during surveys of the Caféier de Humblot, large snails have been seen crawling all over the fruits, which may have a negative impact on the plant’s reproduction rate. 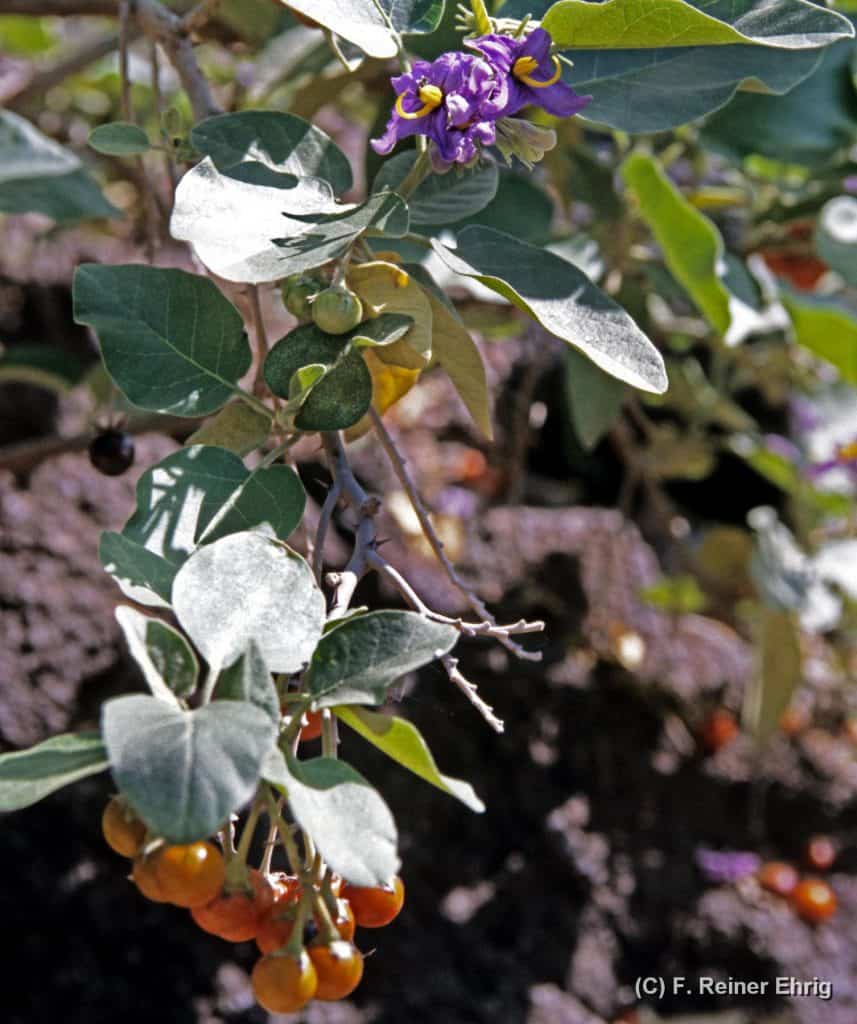 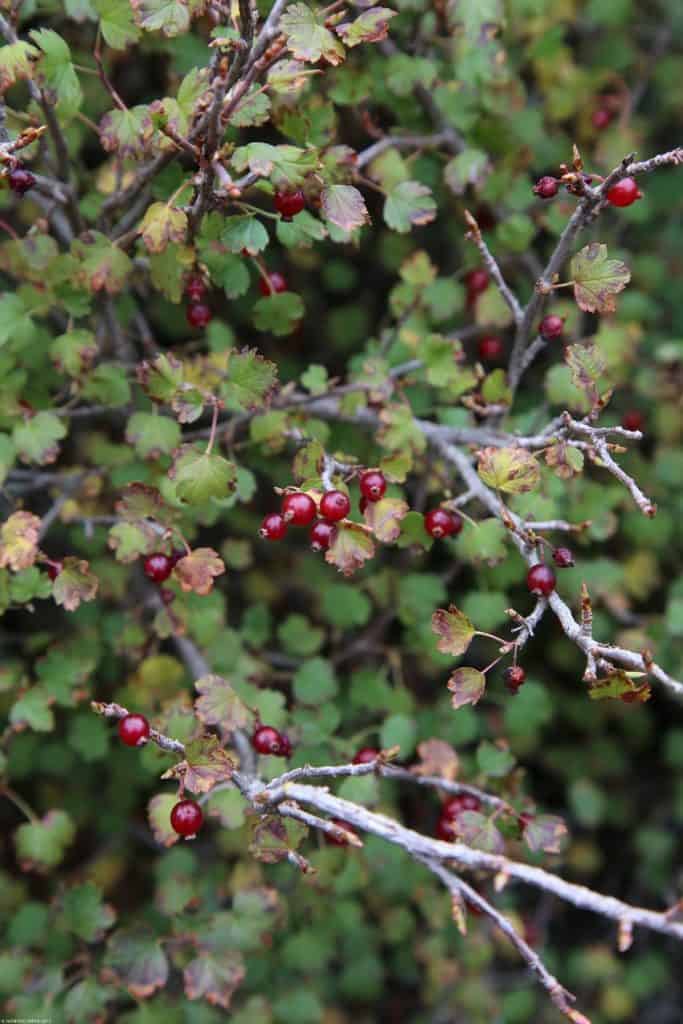 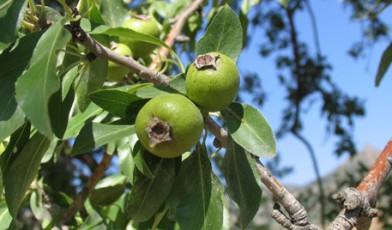 The Gergeranian Pear is a rare fruit found near the village of Ger-Ger in Armenia. The current number of remaining Gergeranian Pear plants is believed to be fewer than 50 individuals. The Global Trees Campaign has been working to understand more about the Gergeranian Pear and has actually found very small populations of trees in new locations.

The rare pear’s limited distribution is further impacted by habitat loss. The forest that the Gergeranian Pear grows has been cleared to use as pasture for communal livestock grazing and haymaking. During a recent field study by Global Trees Campaign, conservationists noticed that some of the Gergeranian Pear trees had been damaged by fires used to clear the land for agriculture. 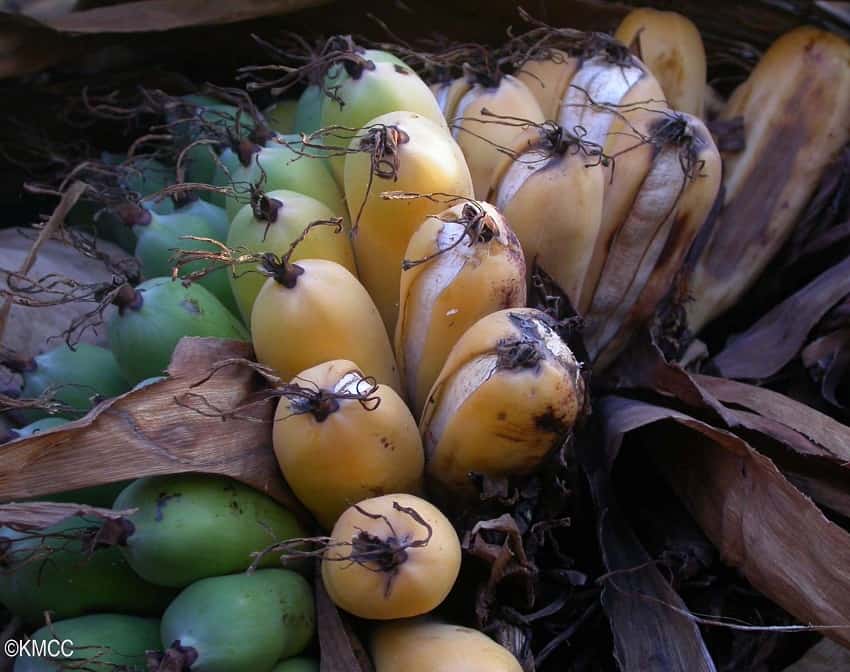 The Madagascar Banana or Ensete perrieri is a wild species of banana that is related to the Abyssinian Banana, which is Ethiopa’s most important food crop. It is also distantly related to the Cavendish banana, the banana sold in grocery stores in the U.S. and Europe. While many species of bananas are endangered, including the beloved Cavendish, the Madagascar Banana is critically endangered.

There may be as few as three mature Madagascar Banana plants growing in Western Madagascar.  Scientists have found Madagascar Banana seedlings growing near the mature plants and they hope that they might reach maturity some day. Although the Madagascar Banana isn’t cultivated because of its large seeds, it may be the key to saving our favorite edible banana species, which are susceptible to pests and disease. 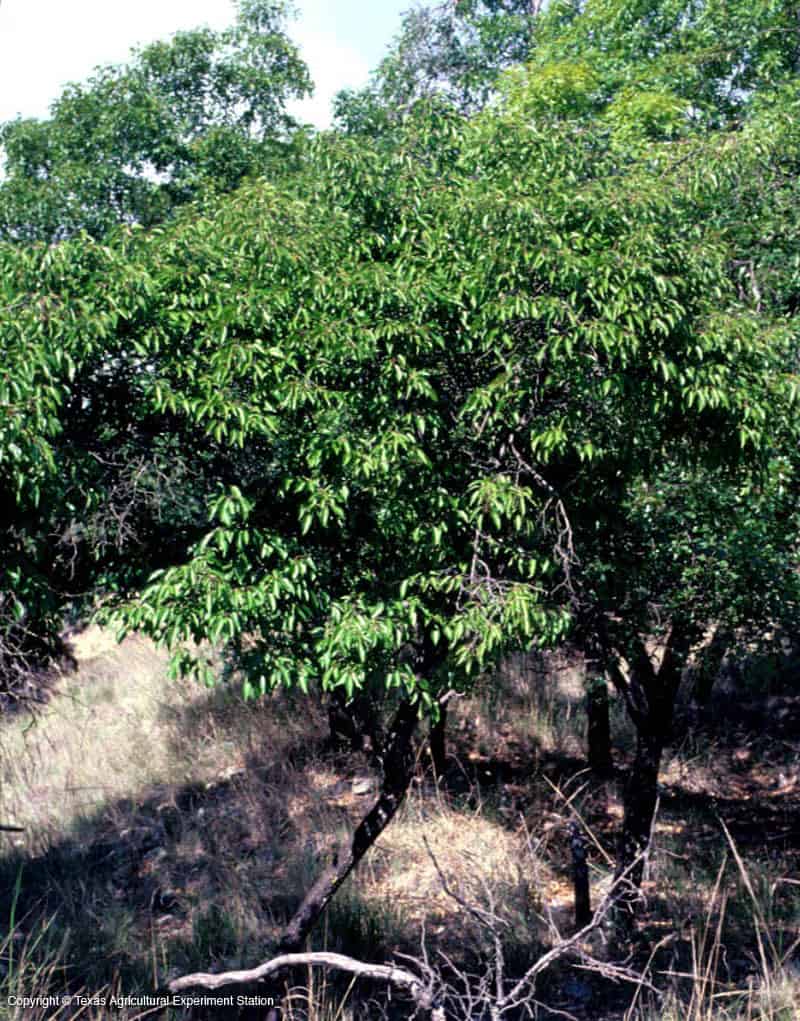 Murray’s Plum is a wild plum species only found in Texas and it is so rare that no one has seen any of the surviving plants produce any fruit since it was first discovered in 1928. Additionally, recent surveys suggest that the Murray’s Plum could possibly be extinct because none of the known individual plants have reproduced. Due to these factors, Murray’s Plum is the rarest fruit in the world.

Unfortunately, there are no Murray’s Plum plants being grown in botanical gardens or conservatories. According to the IUCN Red List, more field surveys are needed to determine how many Murray’s Plum plants are left and what threats those remaining plants may be facing.