The most expensive metals in the world can be divided broadly into two groups. There are those that are valued as jewelry and currency, prized for their look and their luxury byproducts. And then there are those most valued in manufacturing, whose chemical properties and natural scarcity cause them to become a highly valued resource.

Both categories together make up this list of the 8 most expensive metals in the world. 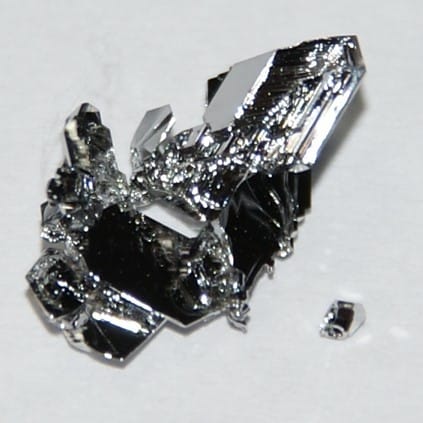 Ruthenium was discovered in 1844 by Karl Karlovich Klaus when he was purifying the results of a platinum mining operation in the Baltic. The new metals confirmed by him include ruthenium as well as polonium and pluranium.

No biological purposes exist for this rare metal due to its byproduct, ruthenium oxide, being incredibly toxic. However, several commercial technologies have emerged that can make use of ruthenium, including the construction of electrical contacts, chip resistors, and solar cells. It starts off our list at a value of $650/oz, which for reference is about 27 times more expensive than silver.

The top producers of ruthenium are South Africa, Russia, and Zimbabwe. Due to the element’s natural rarity as well as the political instability of its primary producers, ruthenium is predicted to increase in value in the future as the technologies that use it become more prevalent. 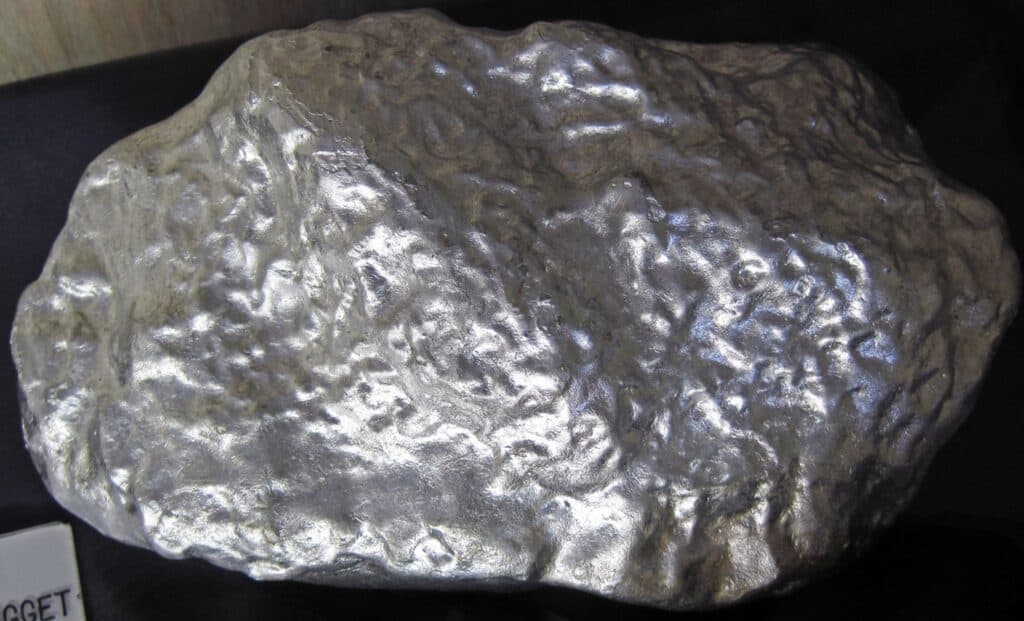 Platinum is a transition metal. This means that it appears in the middle of the periodic table along with copper and gold. This section indicates metals that can easily bond to others, making them more useful in applications that can take a rare but useful metal like platinum and create an alloy.

This metal is found in many diverse objects, from catalytic converters to magnets to pacemakers. It’s so rare that the metal can only be found in around 1 part per 200 million of the earth’s crust. It is valued currently at $1,053.40 per oz.

Platinum used to be known as white gold. In ancient times, Egyptians mixed platinum with normal gold to turn it into decorative offerings and jewelry. In the 1500s, it was described as a metal with incredible resistance to high temperatures. William Hyde Wollaston, a British chemist, was able to purify platinum by melting the ore and separating the solution. This won’t be the last time you hear his name on this list. 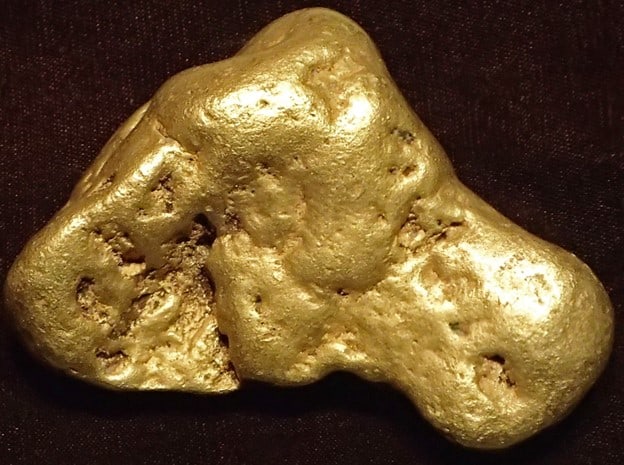 The self-explanatory color of the metal called gold is shorthand for wealth in general. For thousands of years, it was worshipped in a spiritual sense. Then at a certain point, it became the symbol of wealth for the entire world.

Gold is currently valued at $1,786.25/oz with the expectation that it will continue to grow in value. Gold is not only a currency recognized globally but also an incredibly useful material. Gold is so malleable that it can be shaped and formed into practically anything. It conducts electricity extremely well and doesn’t oxidize or corrode like copper does.

As far back as 4000 BC, gold was used for decorations that included spiritual idols and jewelry. Due to its natural beauty, gold was revered in Egypt. By 1500 BC, it was first recognized as a standard of trade. The first gold coin came out of Egypt and was called a “Shekel,” which translates to “weighing.” Before that, shekels were units of weight, not coinage. 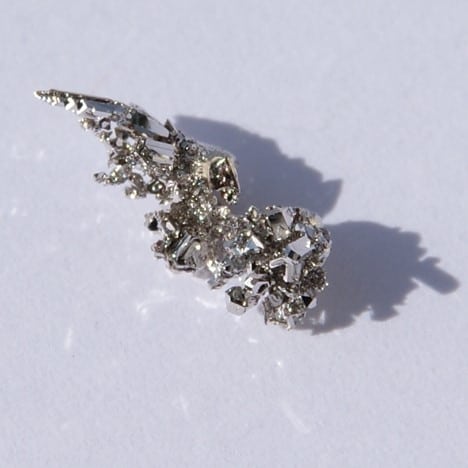 The shimmering white metal, palladium, is an ultra-valuable metal in the platinum group, which also includes some later entries on this list. Most of the palladium extracted through mining is refined and integrated into catalytic converters to reduce pollution emissions in car exhausts. However, palladium is also valuable in small quantities in the manufacture of dentist’s tools, electronics, and specialty jewelry.

The supply of palladium has been low, especially since China released new pollution regulations. Now valued at $2,127.50 per oz, palladium may continue to increase in value as supplies continue to be strained.

The English chemist William H. Wollaston discovered palladium in 1803, the same time he discovered rhodium (see below). Modern Marvel fans may recognize it from the Iron Man films as the metal that Tony Stark removes from circuitry to build his mini arc reactor in the first film, as well as the element he must replace when it begins to poison his heart in the second. 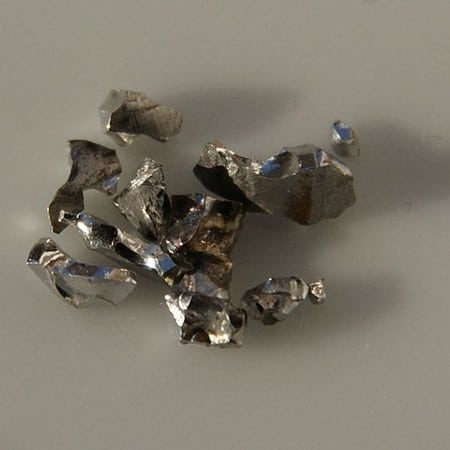 Iridium is hard, silver in color, high in density, and nearly as unreactive as gold. In terms of corrosion resistance, Iridium is number one on earth, which is why it’s used for so many tough jobs like the bearings inside of compasses.

Iridium exists in the earth’s crust in a thin layer, naturally occurring in sediments without reacting with other metals. Iridium is mined commercially as a byproduct of operations that unearth and refine nickel. The metal, now valued at $4,500 per oz, was discovered in 1803 by Smithson Tennant as a byproduct of platinum.

Iridium is sometimes believed to be extraterrestrial! Since meteorites are high in iridium, some scientists theorize that a large meteor (such as the one that killed the dinosaurs) may have flung deposits of iridium across the world when it made impact. 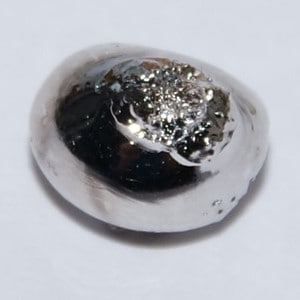 Like palladium and iridium, rhodium is another element in the platinum group and the rarest of all of them. In the earth’s crust, rhodium occurs naturally in a ratio of 1 part per 200 million. It was discovered in 1803 by Wollaston, the same gentleman who gave us palladium (the man loved his platinum group).

Rhodium has the distinction of being the rarest metal on earth that can regularly be valued and tracked on the metals market, currently valued at around $14,000/oz. The later entries on this list are far more difficult or even impossible to find by normal means.

The presence of rhodium catalysts reduces NO2 or nitrogen oxide in the exhaust gas of vehicles. This is why catalytic converters use a small amount of rhodium to control emissions. Without rhodium, metropolitan pollution levels would be even crazier than they already are. 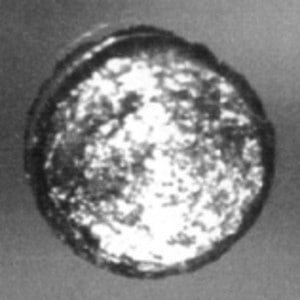 Californium is an actinide metal, meaning it is silvery-white in color and malleable. Californium is so soft that you can literally cut it with a knife. The element is a synthetic creation made in 1950 by the Lawrence Berkely National Laboratory. It exists in two crystalline forms in normal atmospheric pressure and in a third at extremely high pressure.

With a half-life of 898 years, Californium is by no means the most stable or long-lasting metal. But it is one of the heaviest. This as well as the difficulties in producing it give it a current value of over $950,000 per oz. 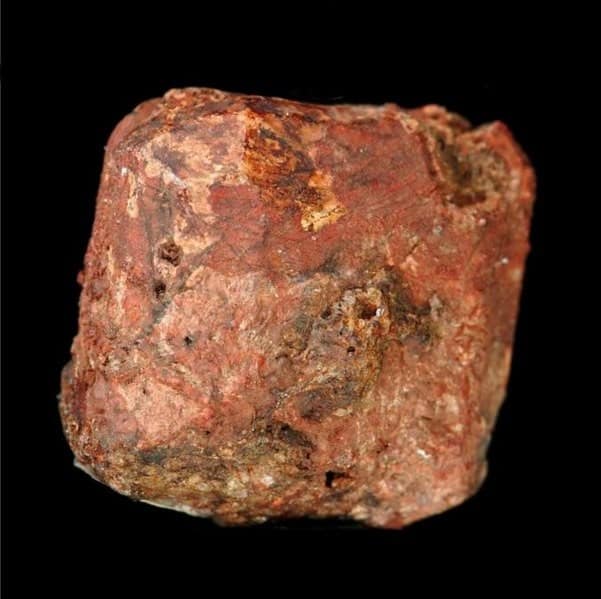 The most expensive metal is Francium. And of all natural elements on earth, francium is one of the most unstable too. The longest-lived isotope of the element has a half-life of 22 minutes, where most metals last for thousands of years. Francium is an alkali metal similar to caesium, with such an unbelievable rarity and radiation content that its melting point is not even commonly known. This is why it has an outrageous value of $1 billion per gram or about $35.2 million per oz.

Due to the same factors, francium has no commercial purpose at all. Some have tried to use it as part of a radical diagnosis technique for certain cancers as well as part of research initiatives in chemistry. But due to the cost of the element, these applications have been deemed impractical.

Even back in the 1870s, francium was a theoretical element, though no one had a name for it. Chemists theorized that the alkali metals must go beyond caesium in nature. They searched for the metal they temporarily called “eka-caesium” for years before finally finding it and calling it francium, making it the last element on the periodic table ever discovered in nature rather than made in a lab.

The world’s most expensive metals are incredibly rare, some dangerous, and many come from producers in areas that have low political stability, making consistent mining efforts difficult. However, those who own stock in these resources are planning for the future as many are expected to increase tremendously in value as supplies decrease and as technologies that use rare metals become more prevalent.