8 of the Rarest Beatles Albums Ever Made

The Beatles are superstars among superstars when it comes to 60s music. This translates to insanely valuable memorabilia that a ton of ardent collectors will pay tens of thousands of dollars for. The albums listed here are the best of the best, either in terms of collector’s editions or some ridiculously pricey rare pressings of single albums. 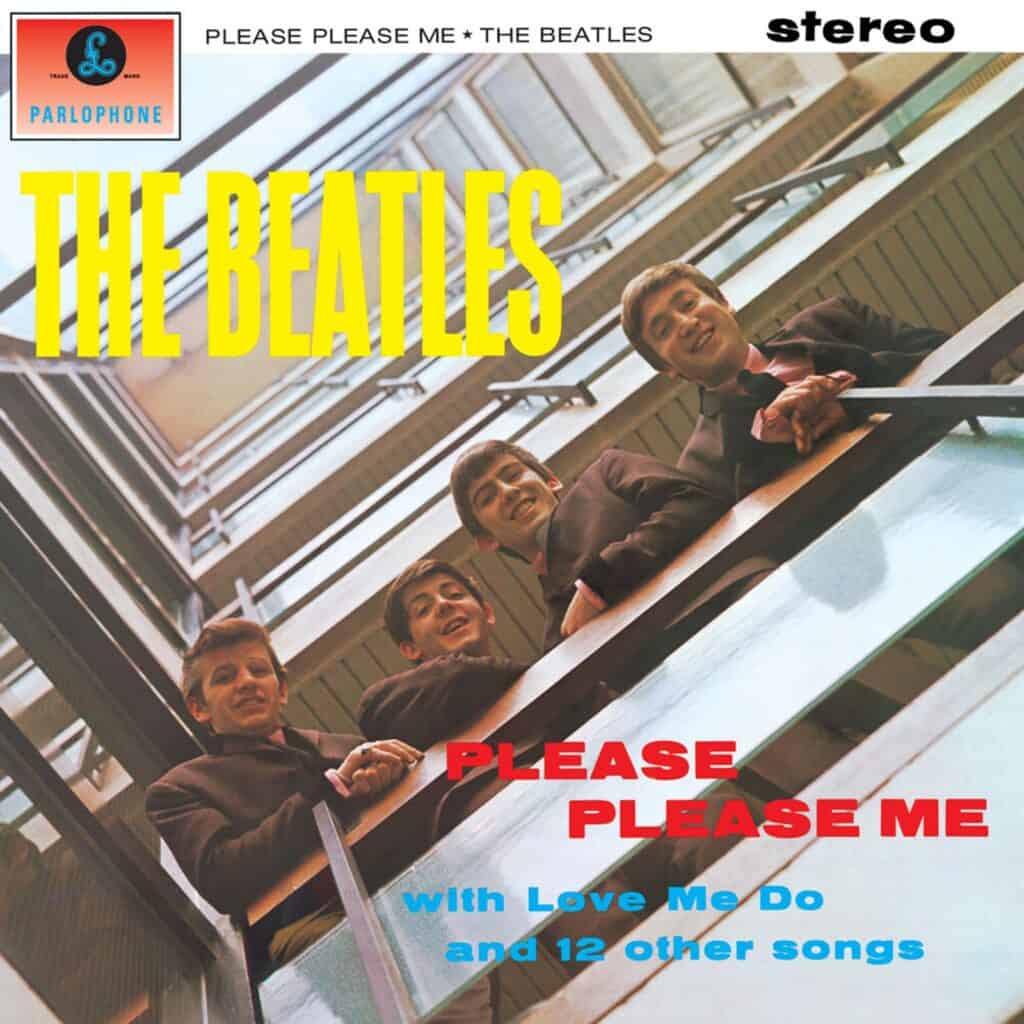 Stereo records were produced only in limited quantities in 1963. Most of the Please Please Me albums released in the UK were in mono. The few stereo copies had to be specially ordered if you had the right sound system and these are now incredibly valuable. They have the rare gold and black labels and are worth around $5,900.

You can buy the more plentiful mono records for around $1,000.

The publishing credits actually differ between two pressings of this record. The tracks “Please Please Me,” “I Saw Her Standing There”, “Misery, Do You Want to Know a Secret,” and “There’s a Place” are credited to Dick James Mus. Co on one version and to Northern Songs on the other. 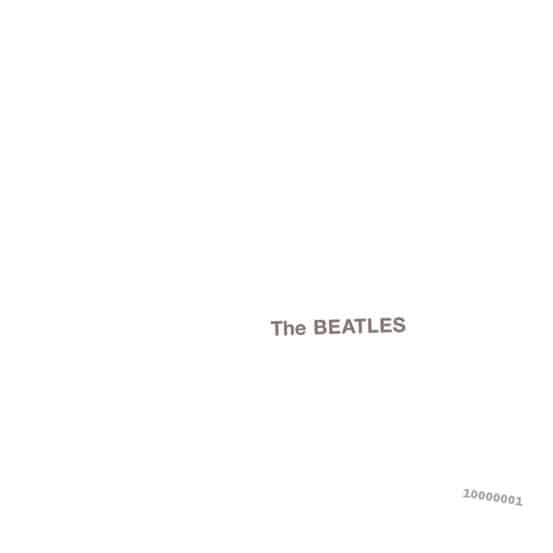 The Beatles’ debut album, or just The Beatles, is going to be on this list again in other forms. It’s the UK’s most collectible album, released on The Beatles’ own label, called Apple. The first 10,000 albums are highly sought after if they’re in mint condition and include the poster, four-color prints, and black inner sleeves.

The British pop artist Richard Hamilton conceptualized the pure white cover with the embossed text that reads, “The Beatles.” He described it as creating their own “limited edition.” We’d say it worked. 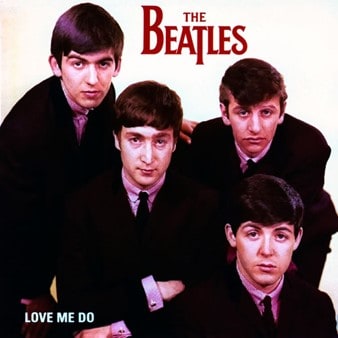 The single, “Love Me Do,” produced under Parlophone in the UK and later by Tollie in the US, sold for $15,410 on Discogs. This is actually the most expensive 7” single ever sold on the site.

Only 250 of these records were made with the famous misspelling of Paul McCartney’s name (“McArtney”). This listing of “Love Me Do” was close to being the most expensive record ever sold on Discogs in general. However, that honor goes to a 12” 2008 record of Choose Your Weapon by Scaramanga Silk, which sold in 2020 for $41,095.89.

“Love Me Do” was written a few years before The Beatles recorded it. Therefore, it actually predates the existence of The Beatles themselves. Three versions with three drummers have been released over the years. 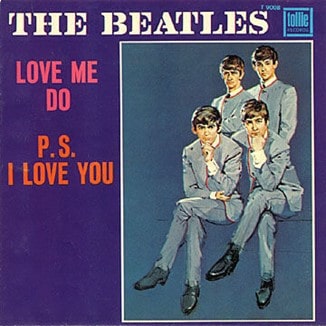 This demo single was where The Beatles’ popularity first began. There were 250 promo copies of this double-sided Parlophone single that the label sent to radio stations and journalists to get people excited about this new thing called The Beatles. The rare white label versions have a big red “A” on the “Love Me Do” side and a spelling flaw on the credits that bafflingly lists “Lennon-McArtney.”

This record is rare in any form. To take in the full value though, you need to find one not only with the misspelling but with the Top Pop Special Rush Copy sleeve as well. This record is so coveted that the auction listed here, which sold for $17,000, started at 99 pence. The owner didn’t even bother setting a reserve. They knew what they had. 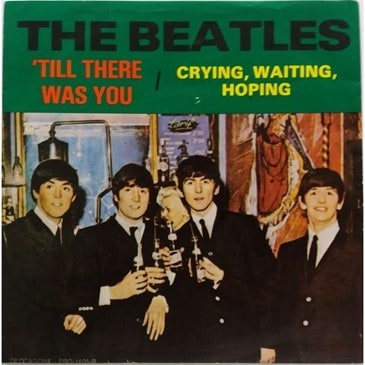 A 10-inch acetate of Till There Was You sold for £77,500 in 2016, which equates to about $107,600. It was only estimated to sell for $13,000, but this first-ever pressing owned by Brian Epstein (the keyboardist for Gerry and the Pacemakers) clearly held more allure than they expected.

This record featured Epstein’s handwriting on the labels, with the misspelled title, “Hullo Little Girl.” This was before the Beatles dominated the record sales of the world; it was so early that the record is credited to “Paul McCartney & the Beatles.”

“Till There Was You” wasn’t actually an original song by The Beatles. It was a single written as a show tune in 1950 by Meredith Wilson and recorded by Wilson & his Orchestra and Eileen Wilson. Back then, it was called, “Till I Met You.” It was featured in The Music Man, both the 1957 play and the 1962 film. It became a top 40 hit for Anita Bryant in 1959 before being covered by the Beatles in ’63. 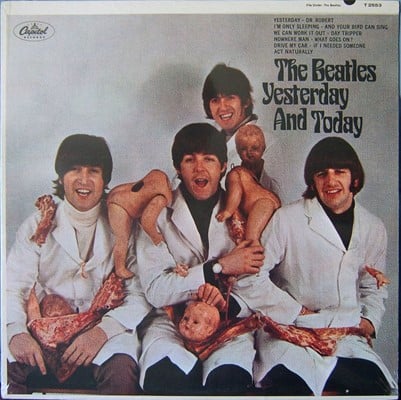 Yesterday and Today is a valuable record, with many rare pressings selling for up to $10,000. However, the one we’re talking about here was a mint condition “first state,” sealed, stereo copy that sold in 2016. It fetched $125,000 at auction.

The reason this copy was valuable is that the first cover of this album, which went out as a promotional called the “first state” in June of ’66, featured the infamous “butcher” cover. It showed the band in lab coats holding the heads of baby dolls covered in raw meat and blood.

These covers produced such a negative response that they were recalled, with 750,000 being destroyed. Any remaining covers were kept by certain producers to be sold later, such as this one.

The butcher cover was supposed to be a statement of some kind, though not everyone agrees what it was saying. Most believe the band was protesting the Vietnam War. Others think they were shaming record companies for altering their albums. Either way, it was too out-there for the public and quickly replaced with the now-default cover of the bad standing around a shipping trunk. 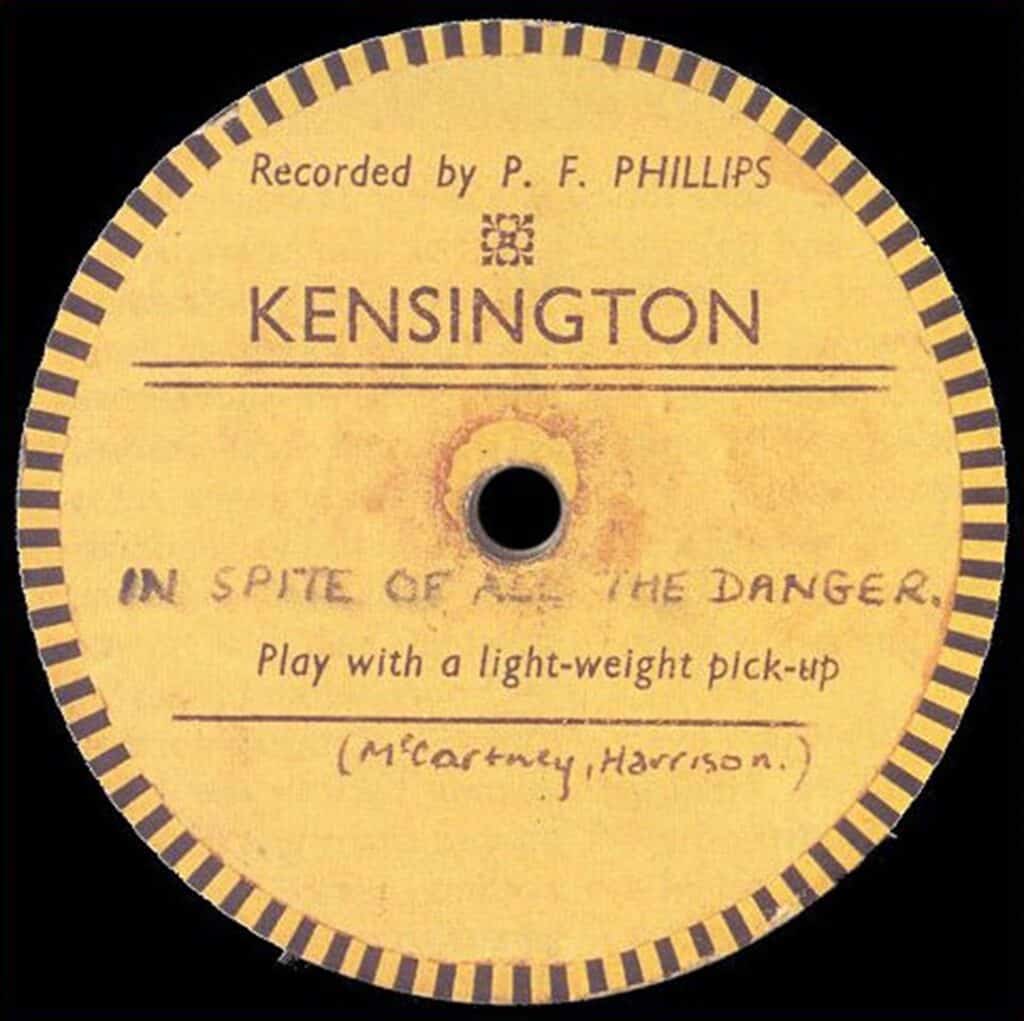 These two songs were recorded by McCartney, Lennon, Harrison, Lowe, and Hanton. “That’ll Be the Day/In Spite of All the Danger” represents their first commercially sold record. You many notice that 1958 was before the formation of The Beatles – when this was recorded, they were called The Quarrymen. We’re including it because the same fanbase would be bidding for it – they’re the same humans, after all.

This 10-inch acetate is just one record and will probably never be sold by McCartney or his family, who have it at the estate. Two limited edition reproduction records do exist, with 25 copies each. They were printed in 1981 and are worth about $20,000. The original is valued at over $170,000.

To record these historic songs, the gents went to a tiny private recording studio set up in the front room of a house in Liverpool. It cost them 17 shillings and 6 pence to make this record, the equivalent of about $1.46 in American money back then (and 16 cents today!). 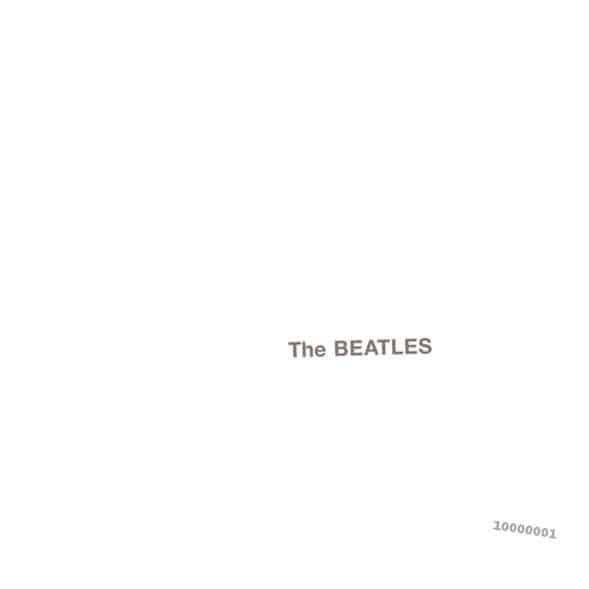 The rarest Beatles Album is the White Album. Specifically, the White Album that sold in 2015 was Ringo Starr’s personal copy, the first ever produced, of this famous album. This Julien’s Live auction also sold the Beatle’s Ludwig drum kit for a couple million.

The estate sale of Starr and his wife Barbara Bach never intended to produce the most expensive Beatles album ever sold. In the same way, Starr and his wife never intended the album to be a pristine, mystical item with the drummer’s fingerprints on it. However, the power of being the very first printed copy of the album, No. 0000001, shattered expectations. It sold for $790,000.

The White Album had a pre-auction price valuation of $60,000 on the high end. Clearly, the valuation underestimated the power not only of Starr’s appeal but the mystique of owning copy #1 of this famous album.

The Beatles are arguably the most famous and most collectible band out there. Their singles and albums set records even without special variations in play. When the auctions get rolling on one-of-a-kind albums like some of these original pressings or band-owned records, they can fetch hundreds of thousands of dollars. Only the biggest super fans will ever own one of these.

8 Rarest and Most Expensive G.I. Joe Figures Ever Made

8 Rarest and Most Expensive Seiko Watches Ever Made