8 Most Expensive & Valuable Pennies Ever Created

The penny has been America’s smallest division of currency since the half-penny was abolished in 1857. The United States Mint refers to pennies officially as “cents,” with “penny” being a common term borrowed from the British plural for their one-cent coin, the “pence.” All one-cent U.S. coins are therefore technically “pennies,” even those that do not have the iconic profile of Abraham Lincoln on the obverse side.

Continue reading to learn about the 8 most expensive pennies that coin collectors could find, including what they look like, what they cost, and the history of how they traveled from their minting to today.

The 1840 Braided Hair Cent was designed based on the Matron head pennies of the past. It began to be minted in 1839 and is notable for displaying the leap forward that the minters had been making in the realm of their detail accuracy and consistency.

These Large Cents, as they’re called to distinguish the coins from standard-sized pennies, have many varieties, such as the Silly Head (1839) and Knob on Ear (1855). The Braided Hair Cent listed here can be sold for $30,000 in mint condition.

Large Cents ceased production completely after 1857. Their size had made them too expensive to continue minting – the metal that made the coins was worth more than the coins!

The 1864 Indian Cent is named, as you might expect, for the head of a Native American chief in profile on the penny’s face. This design was introduced in 1859, replacing the Flying Eagle Cent, which we’ll get to in a bit. Despite the appearance of a Native American, the depiction is actually the Liberty head of the previous penny with a headdress instead of hair. The alternate side has a wreath that points to a shield in the upper center, which was added in 1860.

Unlike the dark copper Large Cents, the Indian Cent was small and much lighter between 1859 and 1864, when these coins were made from a copper and nickel alloy. In 1864, the alloy was changed to pure copper. Good condition Indian Cents from 1864 can sell for $65,000 to collectors.

1864 was the year that the Indian Cent was minted much lighter, for the same reason that the alloy was changed to pure copper. It was to compete with Civil War tokens, which were privately minted coins distributed throughout the Midwest of the United States from 1861 to 1864 to combat the scarcity of official coins. They were outlawed as currency after the war. 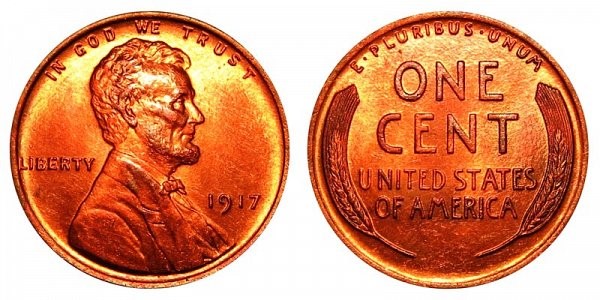 Lincoln Cents, now recognizable as the U.S. penny design that persists to this day, began production as early as 1909. The Wheat Ear Lincoln pennies, named for the frame of wheat branches on the tails side, are common enough in circulated condition. To find one mint and uncirculated, however, can result in a coin that sells for up to $135,000.

This 1917 variant is printed with what is called a double die obverse. This means that the manufacturing equipment was not aligned properly and the image and words on the penny seem to be duplicated on top of themselves.

Beginning in 1943, copper, which was classified as a “strategic metal,” meaning it was needed for the war effort. For the 1943 pennies, the U.S. Mint switched to steel coated in zinc to save the copper for the battlefield. Hundreds of millions of steel cents were minted and circulated. Due to their unique manufacturing, they are usually in poor condition (zinc oxidizes quickly compared to copper). So the steel cents, despite the novelty, are nowhere near as valuable as a mint early-year Lincoln Wheat penny (or “Wheaty” as collectors sometimes call them). 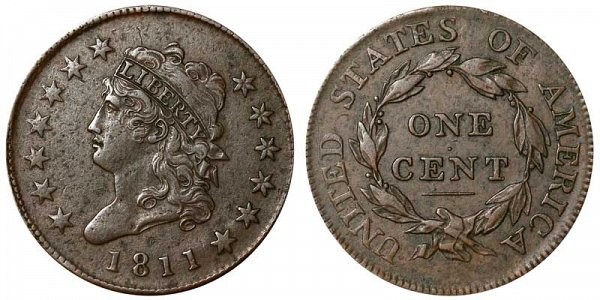 The Classic Head Cent was struck from 1808 to 1814, a relatively small window for coin series. Nearly all of these years are incredibly rare. The 1811 variant has the 1 over the 0 in the design, but isn’t otherwise notable compared to similar variants.

However, in uncirculated condition, never released into the economy, the 1811 Classic Head Cent is one of the most valuable pennies, fetching up to $140,000.

The Classic Head was replaced by the now-standard Liberty Head in 1816 (also called the “Coronet Head” – see below). Large Cents like this halted production throughout 1815 due to a fire at the U.S. mint. This is why pennies of all designs and sizes will never have the date 1815 – none were minted during that entire year. 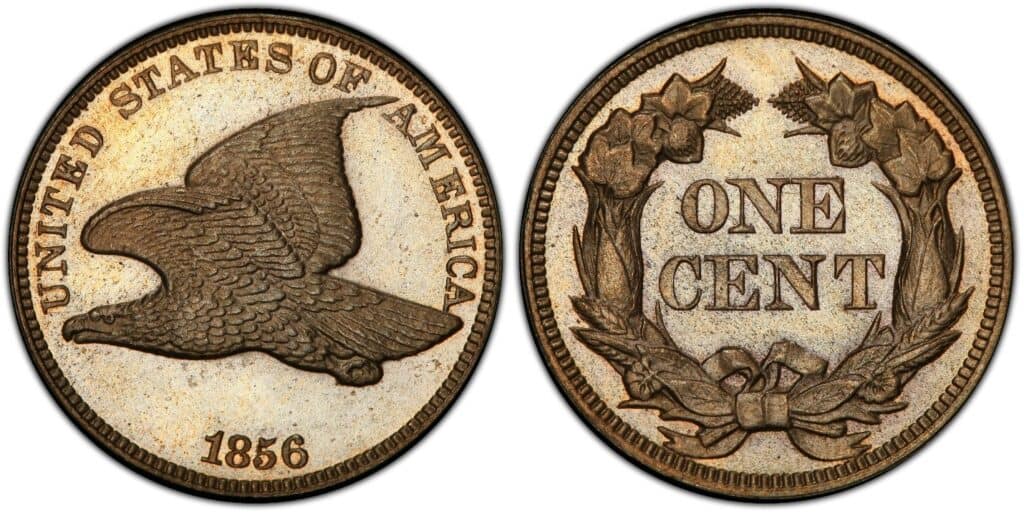 The Flying Eagle Cent has a few ultra-valuable proofs from 1856-1858. The earliest of these was a Small Cent that contrasts directly with the Large Cents of the period, which had decreased in popularity in the 1840s due to their dubious legal status and expensive manufacture (due to the prices of the metals, the U.S. Mint was making $1 worth of large cents for about $1.06).

The change came in the form of the Flying Eagle Cent, a coin that in mint condition can fetch $225,000. The coin was made from an alloy of 88% copper and 12% nickel, as opposed to the earlier Large Cents, which were made entirely from copper.

The Large Cent was based on the British penny or pence. The creation of the Small Cent, what we now know as the U.S. penny, was proposed around 1837 by a New York dentist named Lewis Feuchtwanger. Thus, “Feuchtwanger Cents” can be added to collections in their own right, despite not being official U.S. coins. 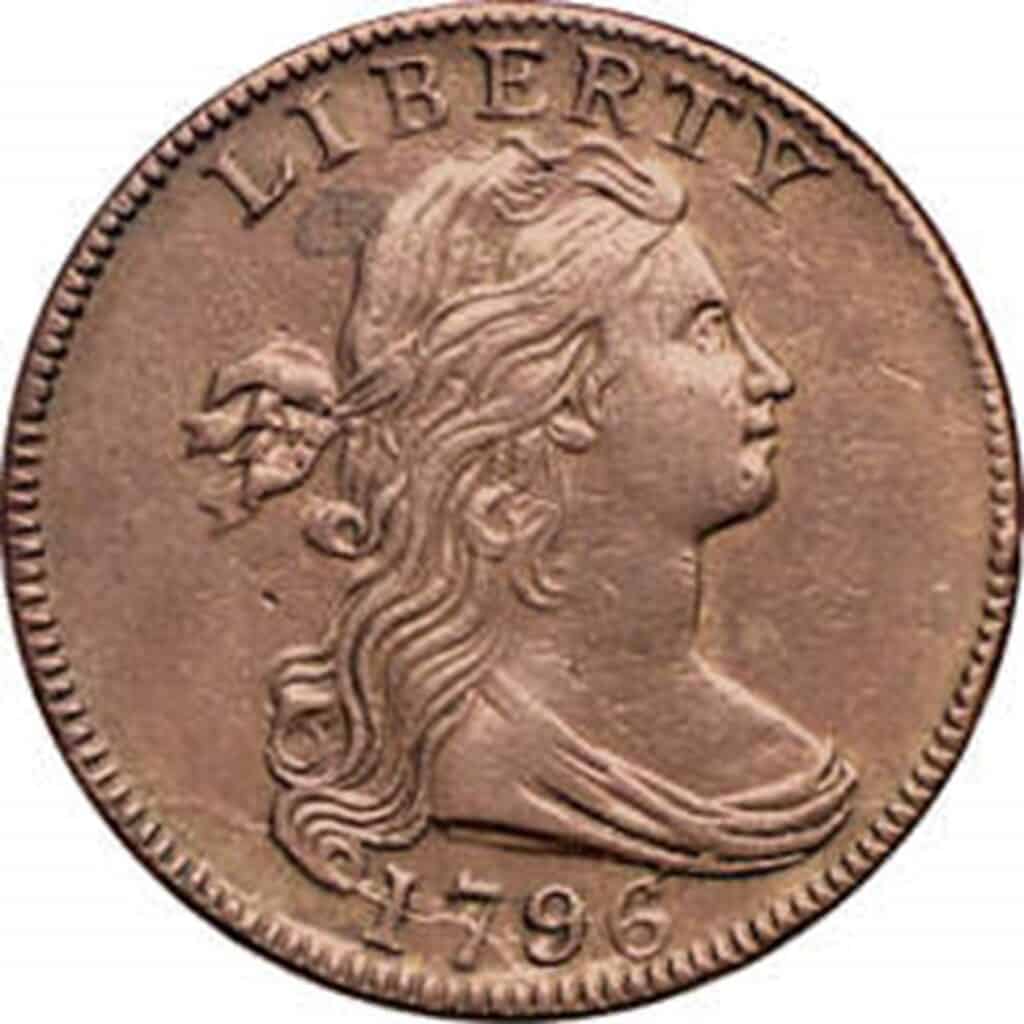 The 1796 Draped Bust Cent, the reverse of the 1795 coin, is the coin that replaced the Liberty Cap variation. The coin has the distinction of being the oldest penny on this list, even though the 1799 version is considered the rarest. As is always the case with old coins, condition and age factor simultaneously and the example of the 1796 penny valued at $275,000 was pristine.

Even as early as 1797, the Draped Bust Cent designed by chief engraver Robert Scot has been hoarded by collectors, reducing its value overall. But early, mint-condition examples of this coin, particularly the Full Red Large Cents, are extremely rare.

In the 1800-1801 versions of this coin, numerous errors appear in the typeface. The fraction is listed as “1/000” and the wreath is missing a stem. Though the number error was corrected in the 1803 minting, the wreath was not. 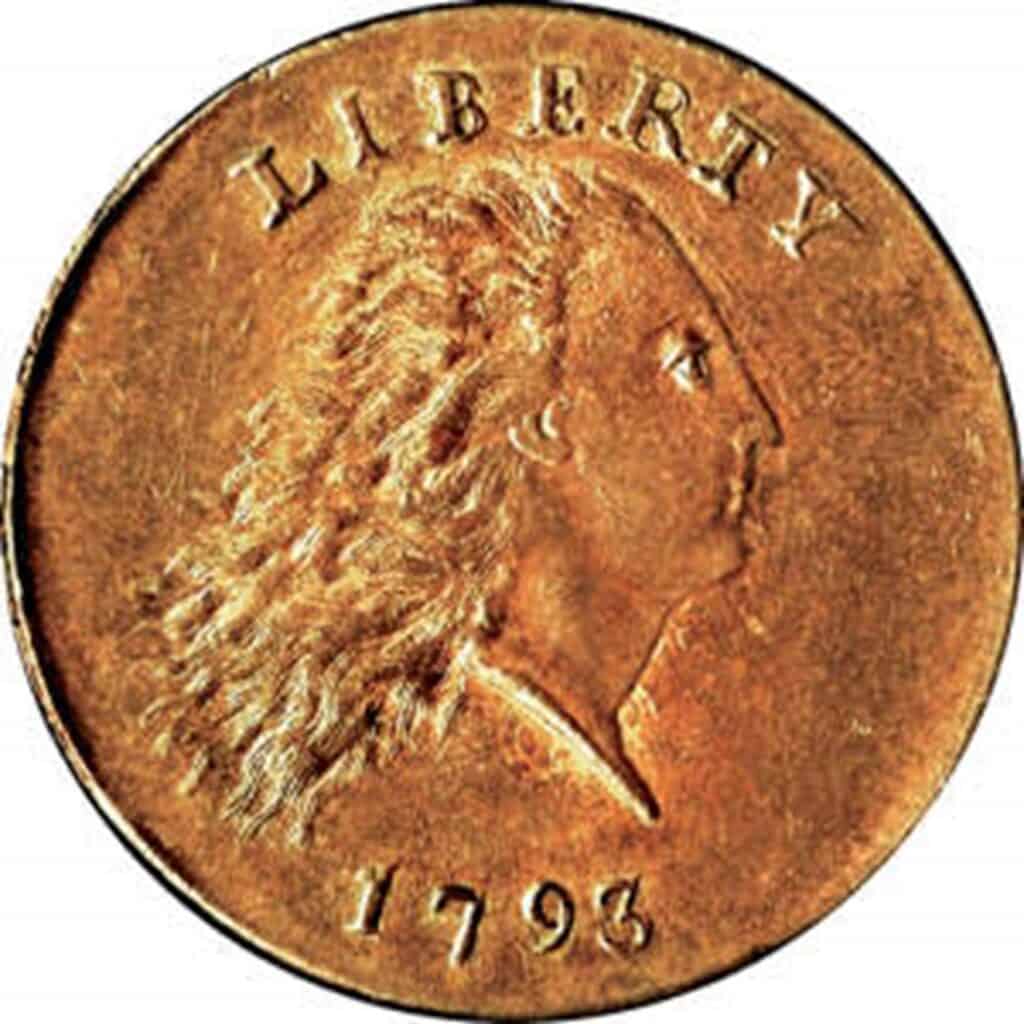 The 1793 Flowing Hair Large Cent is often considered the holy grail of penny collecting. Many variants were in production in 1793, named for designs on the coin’s faces. The first of these was the Chain Cent (Type 1), then the Wreath Cent (Type 2), and the Liberty Cap (Type 3). They are all considered valuable, but the Wreath Cent is the most coveted.

One particular example of this coin in incredible condition was graded by PCGS and valued at $345,000.

David Rittenhouse designed the coin’s art, including the wreath on the opposite side, though it has never been confirmed what plant it depicts. Some believe that it is a drawing of cotton leaves with corn tassels. It may have been intended to be a laurel wreath, but coin historians have noted that the leaves are not shaped right. 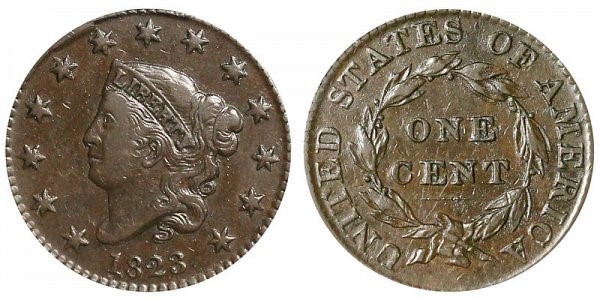 For the older vintages, the Coronet Head Cent can be worth around $20,000 for high-quality examples. But it was a pristine 1823 example that was valued at $360,000, becoming the most expensive penny in the world through sheer scarcity.

The reason that this coin was discontinued was the rising price of copper in the 1840s, which led to a 90% copper, 10% silver alloy called billon being invented to try and reduce the price of production.

The most expensive pennies come in many vintage years and feature a variety of designs. The trick is finding not only the right year but pennies whose condition is mint or uncirculated, meaning they were never released or spent. For these, collectors pay hundreds of thousands when the condition, and the face, is just right.

9 of the Rarest 2-Dollar Bills in Circulation