8 Rarest Spices From Around The World

Spices are not only a critical part of our culinary experience, but they have also played a crucial role in redrawing the world map. The first international trade routes were established to satiate the demand for spices.

The Portuguese explorer Vasco da Gama traveled all the way to India in search of a place where spices are cheap and available in abundance. It was just a beginning of a long and complicated history of trade and colonization.

Spices add aromatic flavor and taste to foods. They also help preserve the foods for longer. People in Asia and Middle Eastern countries have been using herbs and spices in their cooking for as long as they exist. They also used it for various medicinal purposes.

In today’s world, most spices are not as hard to find as they used to be. You can buy most of the spices in your nearest supermarket, no matter where they are originated or farmed. However, many other spices are used in various parts of the world that still remain somewhat exotic and not easy to get.

Here we list 8 rarest spices and herbs from around the world that you do not get to use in your regular cooking. 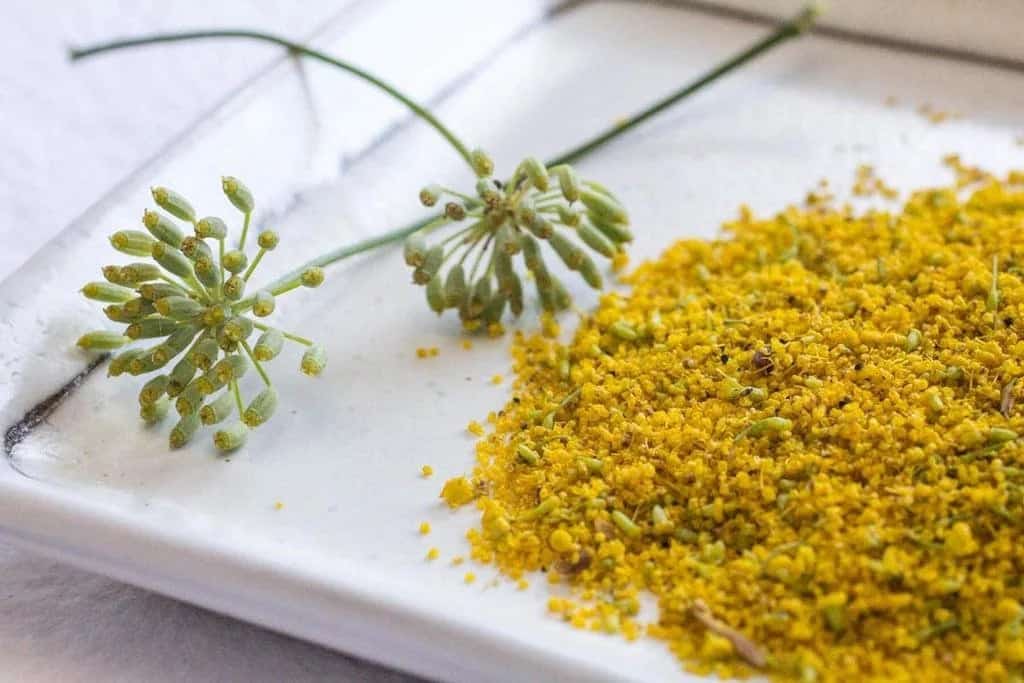 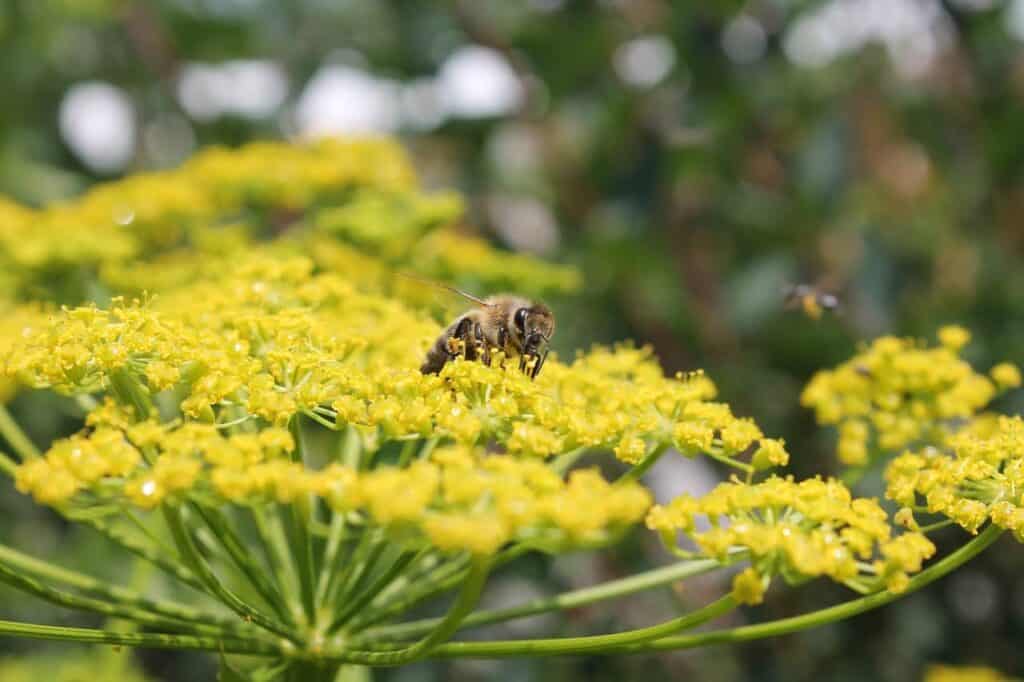 Fennel pollen is also known as the ‘spice of angels’ or ‘culinary fairy dust. It has a strong and nuanced flavor with a hint of citrus, licorice, and honey. If you are already familiar with the aroma of fennel, it is easier for you to identify the flavor. However, it is much stronger, and a tiny bit of it can change the flavor profile of a dish.

While fennel is not as hard to find, the production process of fennel pollen makes it a rare spice. Most fennel pollens are produced in the Tuscan region of Italy. Now it is also grown in California, US.

Once the fennel plants are germinated naturally, cultivators forage the pollens. It needs to be hand-harvested and required skill and patience. Once the pollens are collected, they are preserved in a way so that they do not lose their aroma.

In Italy it is used in pasta, pestos, and as a seasoning for meat roasts. It can also be added to vegetable dishes, soups, and stews and is frequently used in pastries, gelatos, and other deserts.

The use of fennel pollen was not known to US chefs until the 90s. Faith Willinger, an American food writer who lived in the Tuscan region for almost 25 years, introduced the American chefs to this intense spice. Now, it is used in many upscale US restaurants and is considered an expensive spice. 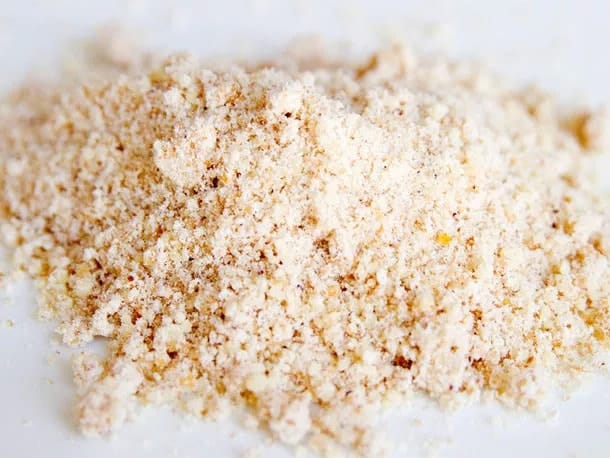 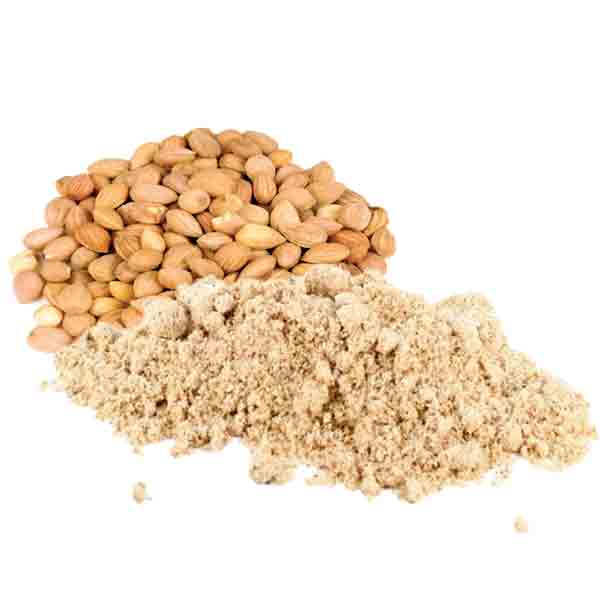 Mahlab is a flavoring agent for baked goods. It has been used for centuries in Middle Eastern countries. It has a subtle and complex flavor that is used for sharpening the flavor of the bread, cakes, and other sweet dishes. It adds a floral and nutty aroma to the food without dominating other flavors.

It is made from the kernel of the St. Lucie cherry. The kernel is extracted from the cherry stone and then grounded to make the Mahlab powder. Mahleb is also spelled as Mahalepi or Mahalep.

Ground Mahlab loses its aroma pretty quickly and goes rancid. Always buy it in small quantities and use immediately. 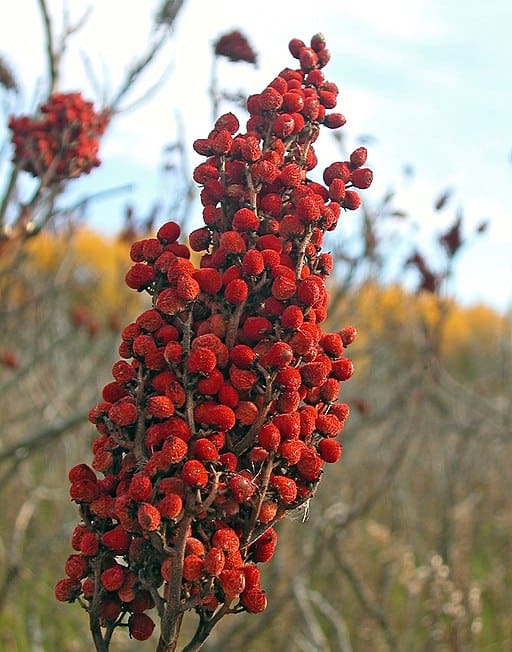 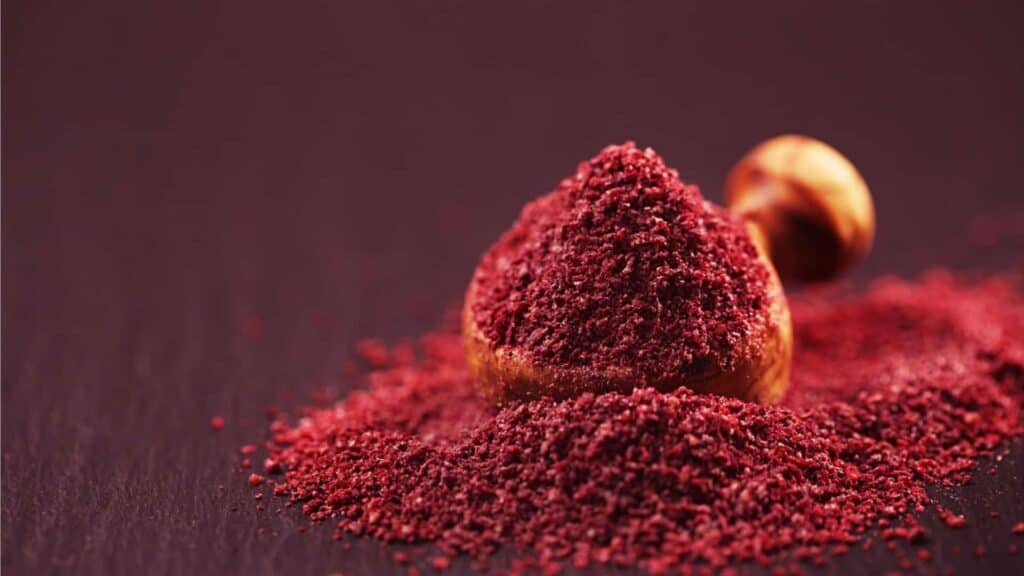 Sumac is a versatilespice used in many middle eastern recipes. It adds tartness and complements many dishes, including rice, salad, and meat recipes.

Sumac has a layered taste close to lemon, but the sourness is on milder side. The color of Sumac berries resembles the red wine color. The ripe berries are dried and ground to make powder. Then it can be used as a dressing, marinade, and spice rub.

There is another plant name Sumac which is known to be poisonous. However, the Sumac spice is not made from that poisonous shrub grown in the US and Canada.
The berries of poisonous Sumac are green, whereas the spice is made from deep burgundy-red berries found in the Mediterranean region, Turkey, and Iran. 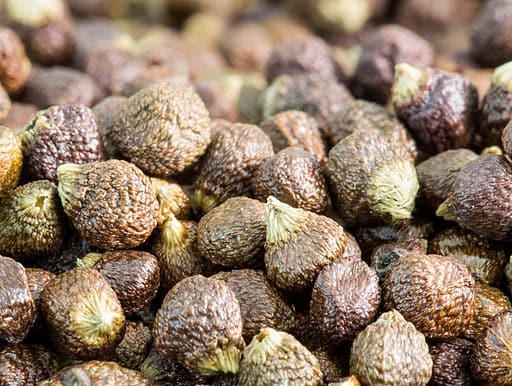 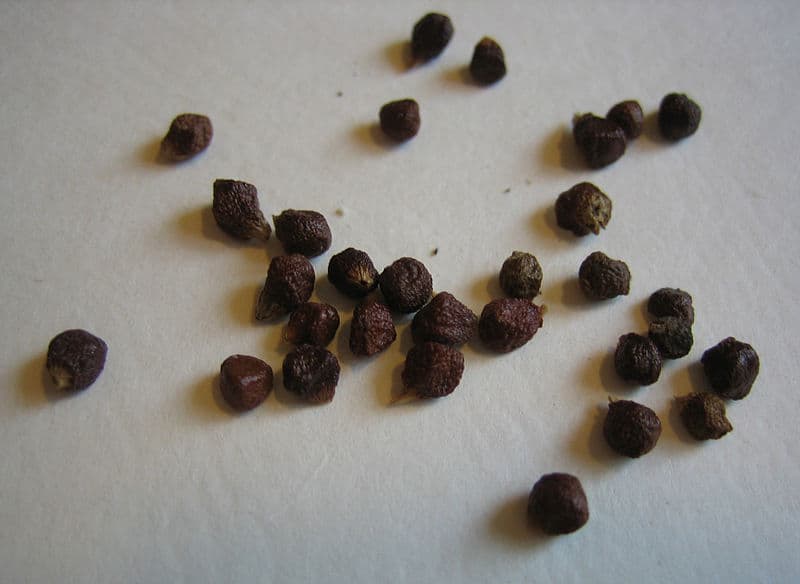 Grains of Paradise is an aromatic spice that has a subtler but more complex flavor than black pepper. It has an earthy, warm flavor with hint of citrus, cardamom, nutmeg, and ginger. The heat builds slowly and is not as sharp as black pepper. It also leaves a bitter aftertaste.

The plant of Grains of Paradise, also known as melagueta pepper, bears pods that are off-green at the beginning and then turn red. The red pods are harvested and dried for about a week. Then the pods are cracked open to get reddish-brown seeds which are used as a spice, either whole or grounded.

Grains of Paradise was once a popular spice in Europe, especially Italy. The camel caravans that reached Sicily introduced it to this area. Back then, it was named African pepper. However, later the Europeans changed the name and gave it its current name. 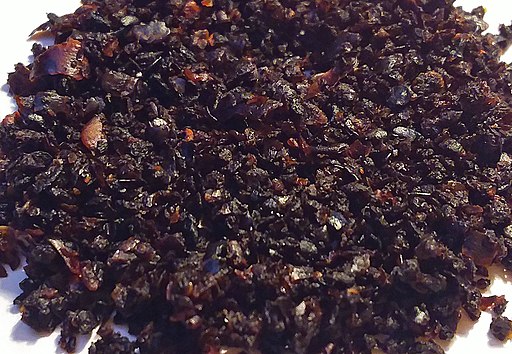 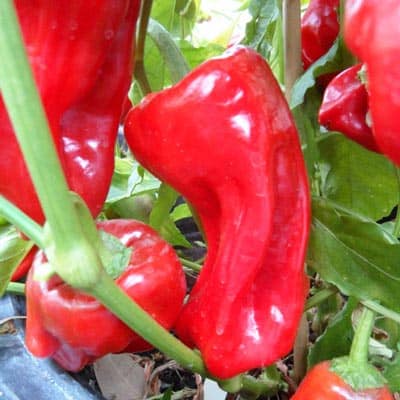 Urfa Biber is yet another rare dry chili pepper. It is grown in the Urfa region of Southern Turkey near the Syria border.

It has a unique and intriguing taste profile, a smoky raisin-like flavor that is slightly salty with a tinge of sourness. Some people think it also has a chocolaty tobacco flavor. It is not as hot as many other chili peppers, but the taste lingers on the tongue for a long.

Urfa Biber is used in many Turkish and some Kurdish dishes. The Kurdish name is Isot pepper. In recent years, it has gained popularity in the Western world.

Unlike other dried chili peppers, Urfa Biber is not left under the open sky for 24 hours. Instead, the cultivators sun-dry it during the daytime, and at night, they pack it in a fabric or plastic bag to retain some of the natural oils. It is called sweating. 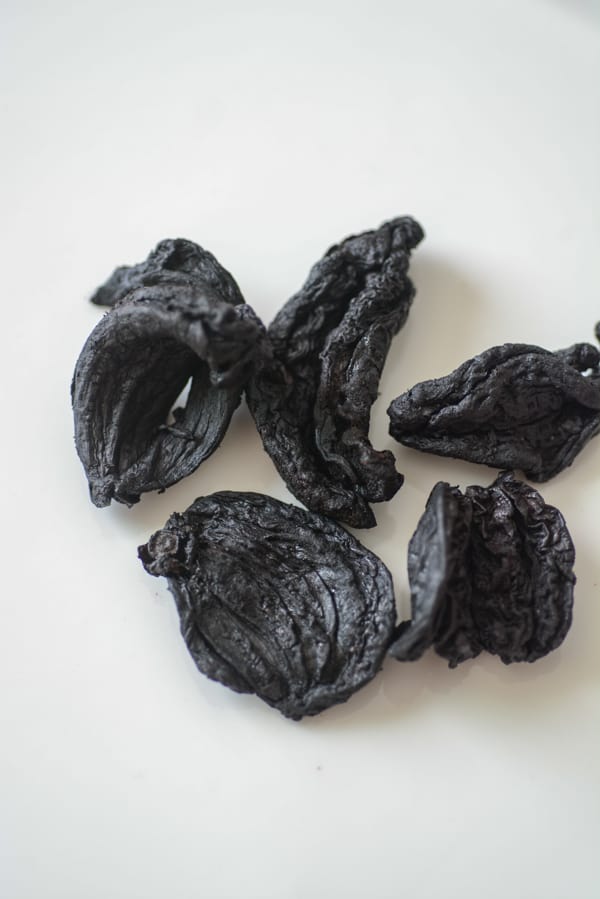 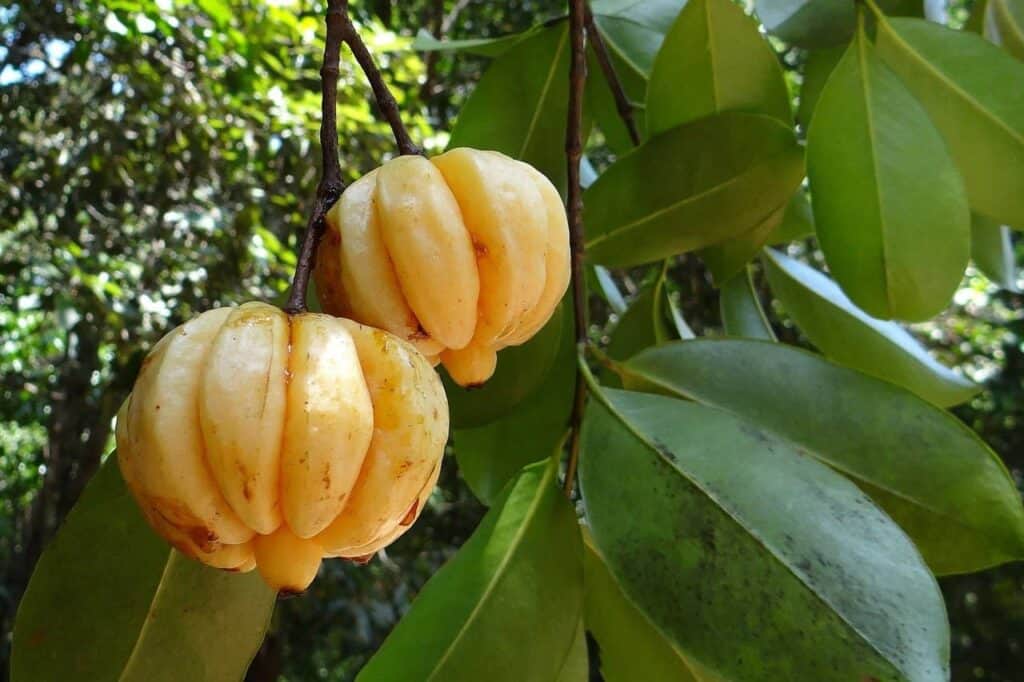 The English name of Kudampuli is Malabar tamarind. It is grown in the southern states of Kerala and Karnataka in India. Kudampuli is a small pumpkin-shaped tropical fruit that adds tangy flavor to the dishes.

It is usually grown in kitchen gardens at home. Commercial production is still limited for this spice. The taste of Kudampuli is not the same as tamarind. It has a slightly sweetish tinge to it. Kudampuli is used in fish recipes to reduce the raw smell.

The ripe fruits are deseeded and dried under the sun for about a week. Then it is smoked for many days. As it turns blackish in color, coconut oil and salt are rubbed to preserve it for longer.

Kudampuli is considered an excellent agent for weight loss. It also has anti-inflammatory properties and helps improve cholesterol levels. 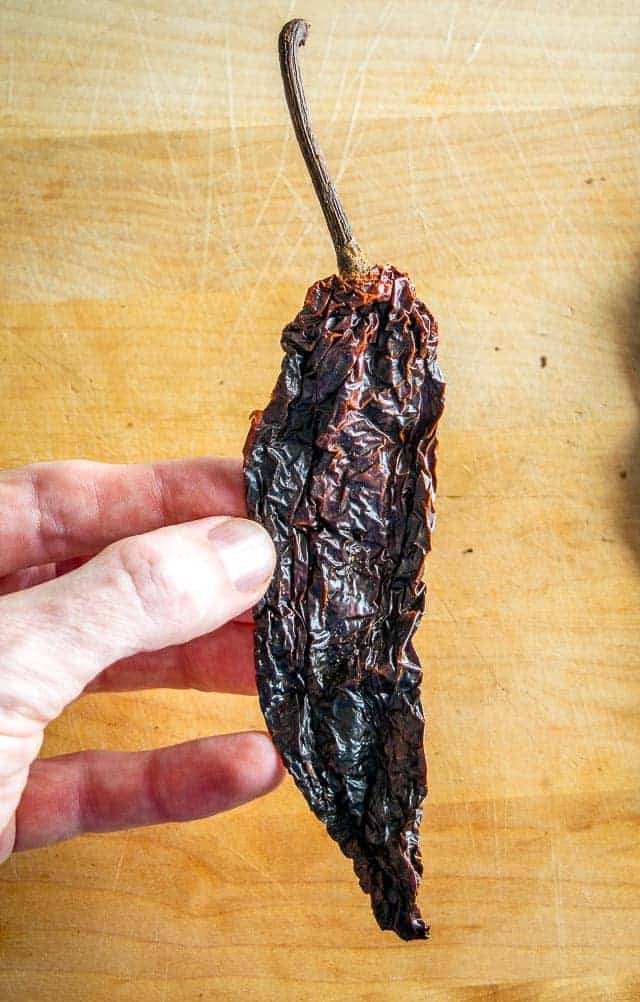 Pasilla de Oaxaca Chile is a rare variety of chili grown in the mountainous region of Oxana region, Mexico.
The Pasilla de Oaxaca Chiles are partially dried on the plant before they are harvested. Then the farmers smoke them over smoldering oak woods for two to three days. Farmers need to constantly turn the chiles to prevent them from burning.

The flavor is twice as complex as Chipotle’s, but it is not as hot. It is used in various Mexican dishes paired with other dried chiles. Before using, the dried Pasilla de Oaxaca needs to be rehydrated and pasted.

After the processing is done, the dried chiles are transported by horseback. It is a long and tedious journey and takes days. 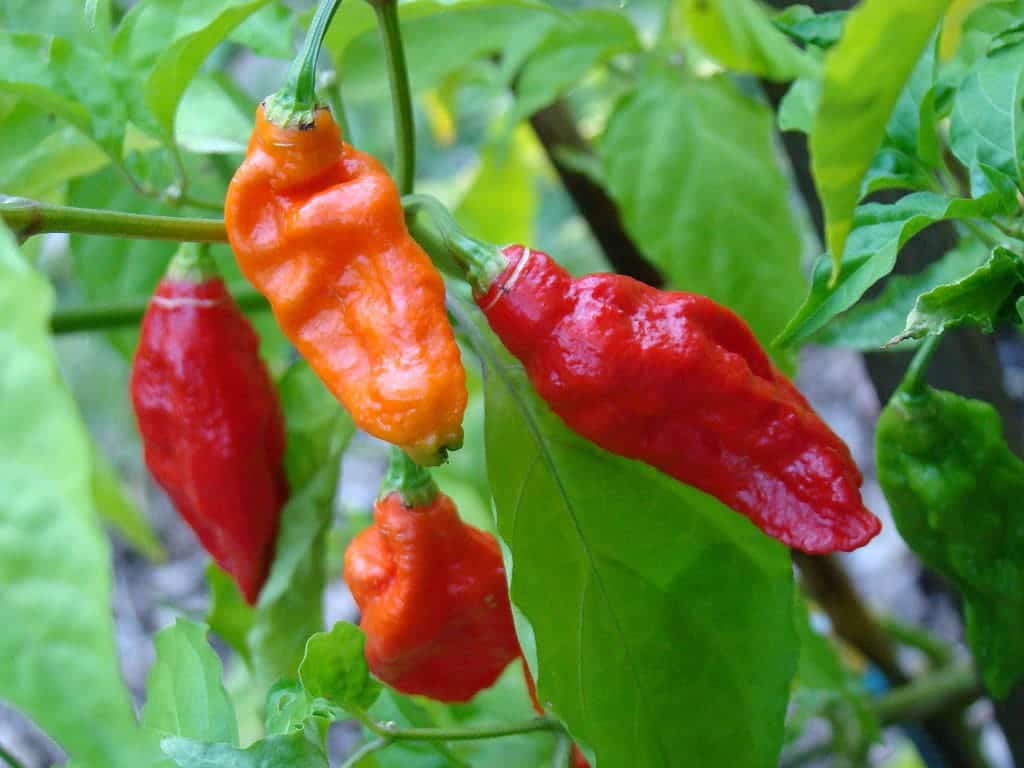 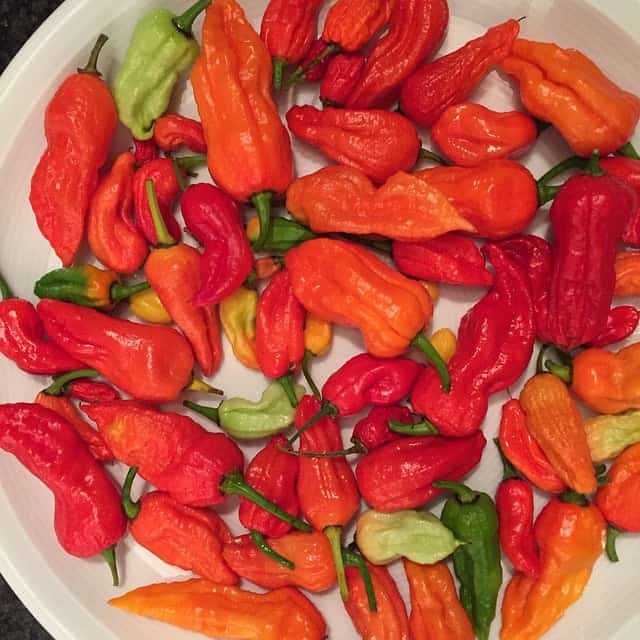 Bhut Jolokia is the rarest spice on this list. It is grown only in the northeastern part of India, in the states of Assam, Manipur, and Nagaland.

It is one of the hottest peppers in the world. In 2007, Bhut Jolokia made its way to the Guinness Book of World Records as the hottest chili pepper. However, in later years it was replaced by other varieties of chili peppers.
Bhut Jolokia is also known by the name of Naga Jolokia or Naga Morich (grown in Nagaland). The name Bhut Jolokia means Bhutanese peppers. However, when introduced to the western world, they confused the word ‘bhut’ with its homonym Bhut, meaning ghost, in the Assamese language. Hence the name Ghost Pepper.

Bhut Jolokia is used in dishes made with pork and fermented fish. It is also used in other curries and pickles. Instead of a stinging feeling, Bhut Jolokia offers blooming hotness.

Most people cannot tolerate the hotness offered by Bhut Jolokia, and its production and usage are restricted only in North-east India.

India’s defense department used Bhut Jolokia to make hand grenades. In 2015, such chili hand grenades were used by the Indian Army in a cave where a terrorist was hiding.

9 of the Rarest Horse Colors Ever