8 Most Expensive Restaurants in Washington DC

Washington DC is the epicenter of American politics, but did you know the district has a pretty incredible restaurant scene?

The capital was named restaurant city of the year in 2016, and it’s not hard to see why. DC is home to a bunch of Michelin-starred restaurants, including a three-star fine-dining spot called The Inn at Little Washington.

DC wasn’t always a high-end restaurant hub. The region was mostly destroyed during the War of 1812, and its population remained small for decades after the conflict. After the Civil War, abolitionists like Frederick Douglass lived in the capital as it expanded in size and population. Post-war DC eventually enveloped several nearby areas, leading to the capital’s modern borders.

As DC grew, dining spots began to sprout up throughout the city. In 1856, William E. Ebbitt established a boarding house that became Old Ebbitt Grill, the oldest eatery in DC. Other early restaurants were guest houses and pubs that may have served politicians. More modern restaurants were established in the 19th century when Europe introduced the U.S. to fine dining.

Today, DC is home to important leaders and some of America’s most expensive restaurants. Keep reading to learn more about fine dining in DC! 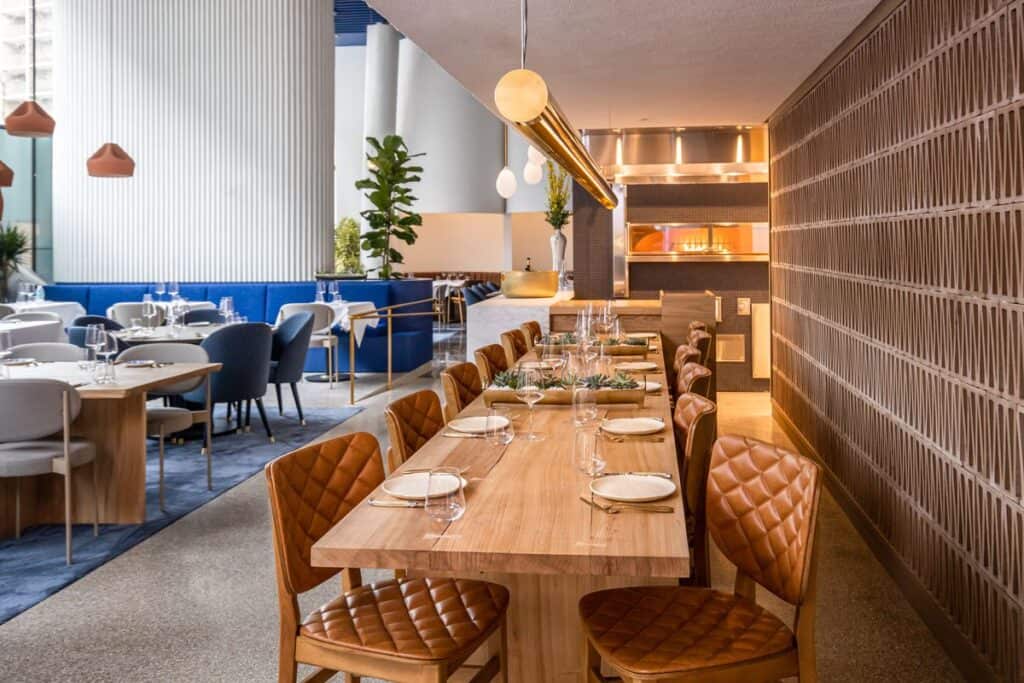 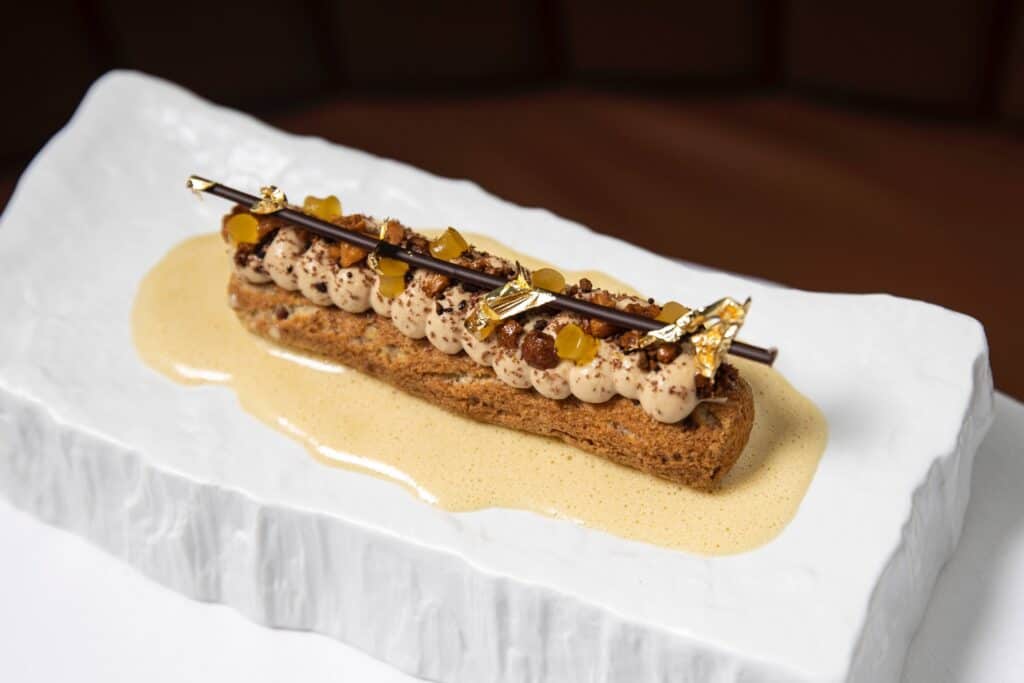 Chef Limardo and his team say they bring creativity to the dining experience — and that goes beyond the food itself. By taking inspiration from Greek culture to design the dining room, Imperfecto connects the restaurant’s food to a physical space, giving diners a multi-sensory eating experience.

Although Chef Limardo says he’s aiming for perfection, Imperfecto acknowledges that there’s always room for improvement: “…we will seek perfection, but we will never achieve it. We don’t want to. We will be Imperfecto.”

When it comes to prices, a meal at Imperfecto will easily cost you more than $200 a person. That price can climb even higher though, especially if you add a bottle of wine or Champagne to your table.

Imperfecto offers “the chef’s table,” a multi-course dining experience letting you try a wide selection of Limardo’s food served by the chef himself.

Xiquet offers cuisine from the city of Valencia, a coastal region found in eastern Spain. The chef, Danny Lledó, draws from his childhood in Spain and family traditions as he creates flavorful dishes like caviar with walnut sauce and green peas with baby octopus.

Xiquet’s tasting menu, which incorporates a huge range of flavors and ingredients, is priced at $220 per person. If you want wine with dinner, expect to pay an additional $200. Following a meal at Xiquet, diners are treated to desserts in the restaurant’s mezzanine lounge.

Chef Lledó once worked in the finance industry, but he turned to cooking when he realized the kitchen was his true passion. 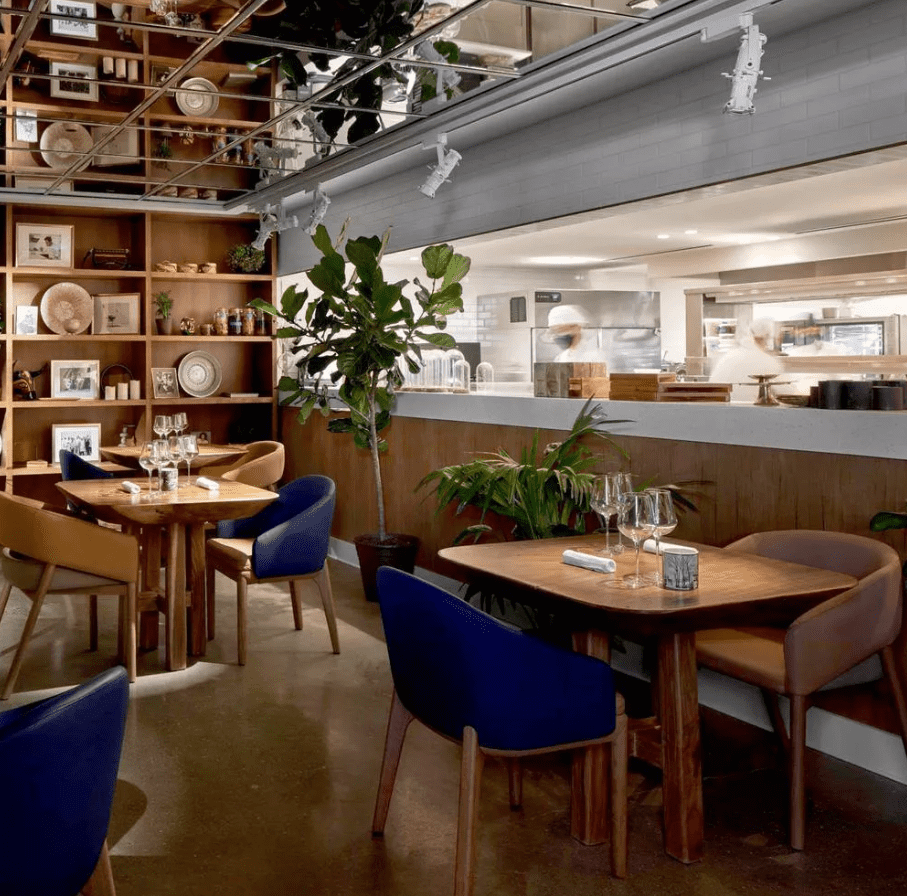 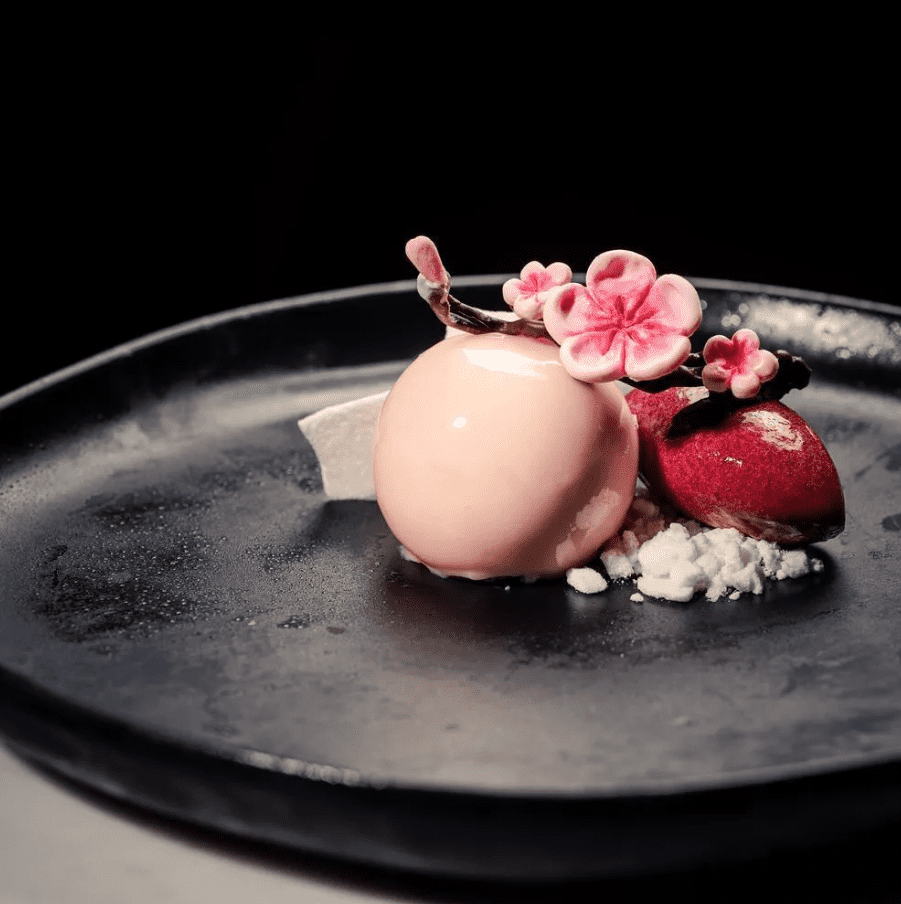 Michelin awarded Elcielo D.C. a star and says the restaurant’s shining feature is dish presentation: “[there is] an admirable level of showmanship and dishes embody a love letter to the chef’s native Colombia.”

When it comes to prices, be ready to spend hundreds at this high-end eatery. Prices hover around $228 — but as always, they can climb way higher depending on what you order.

Chef Juan Manual Barrientos was named one of the 50 best chefs from Latin America.

5. The Inn at Little Washington 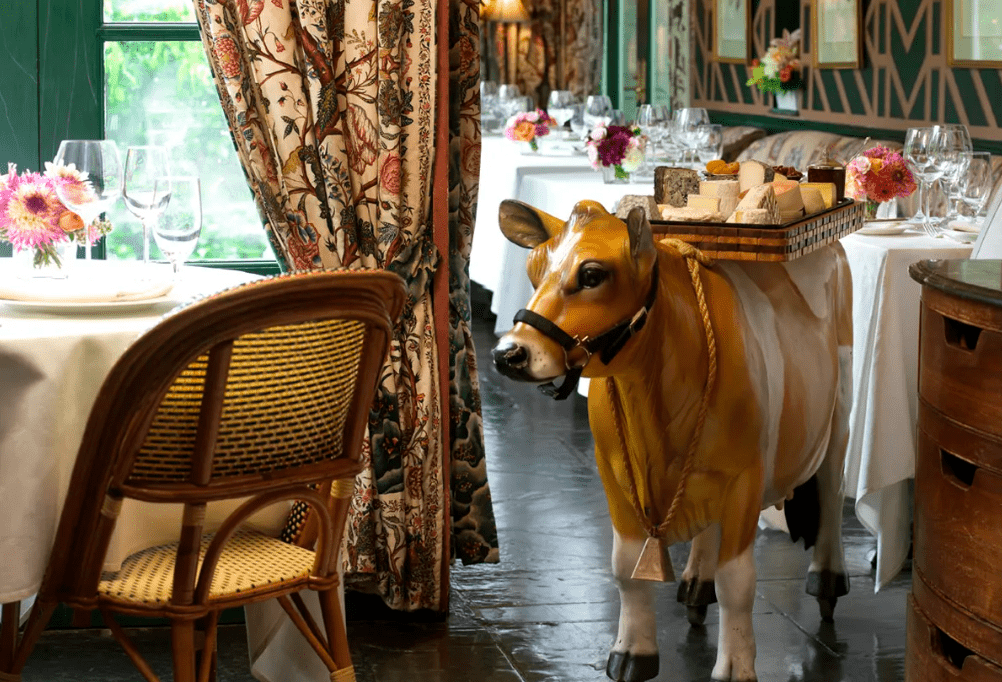 Patrick O’Connell is a self-taught chef born in DC. In 1978, Patrick opened The Inn at Little Washington. The restaurant is a showcase for the chef’s incredible dishes — a blend of American and international flavors that have earned him global recognition.

Today, The Inn at Little Washington is the first and only three-star Michelin restaurant in DC.

Chef O’Connell has been called the Pope of American cuisine, and that’s not a title he earned easily. The Inn’s food is inventive and fresh, but it keeps in touch with American culture: Lobster from Maine is paired with chardonnay from France. Classic American beef dishes are elevated with an Italian flair.

Beyond dishes that pay homage to the U.S., O’Connell maintains a sense of fun in his dining room. When entering the space, guests meet a fake cow on wheels named Faira. The cow rolls around, pushed by a server, offering diners a variety of high-end cheeses. The resulting environment is both high-end and relaxed — but the prices are nothing but expensive. A typical meal at O’Connell’s restaurant will cost you more than $240. 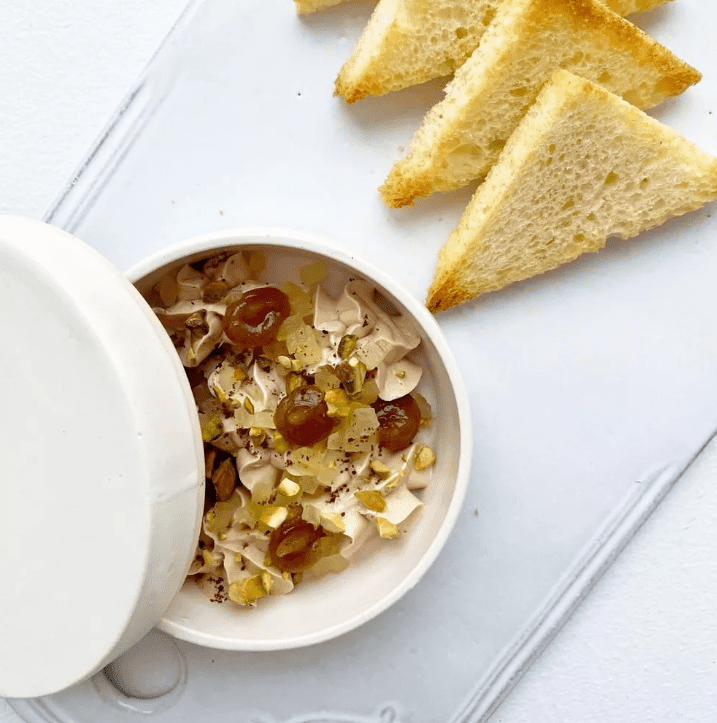 Métier is a contemporary French restaurant that was awarded one Michelin star for its inventive use of global flavors. Michelin says dishes like “flageolet bean purée with a pork jowl croquette” make the eatery’s tasting menu shine, as do sweet options like fermented chocolate ganache and toasted fennel crème.

Métier only seats 20 guests. Diners can lounge and enjoy a glass of Champagne before their meal, or head directly to the dining room where they encounter views of the Chef’s kitchen as their meal is cooked. 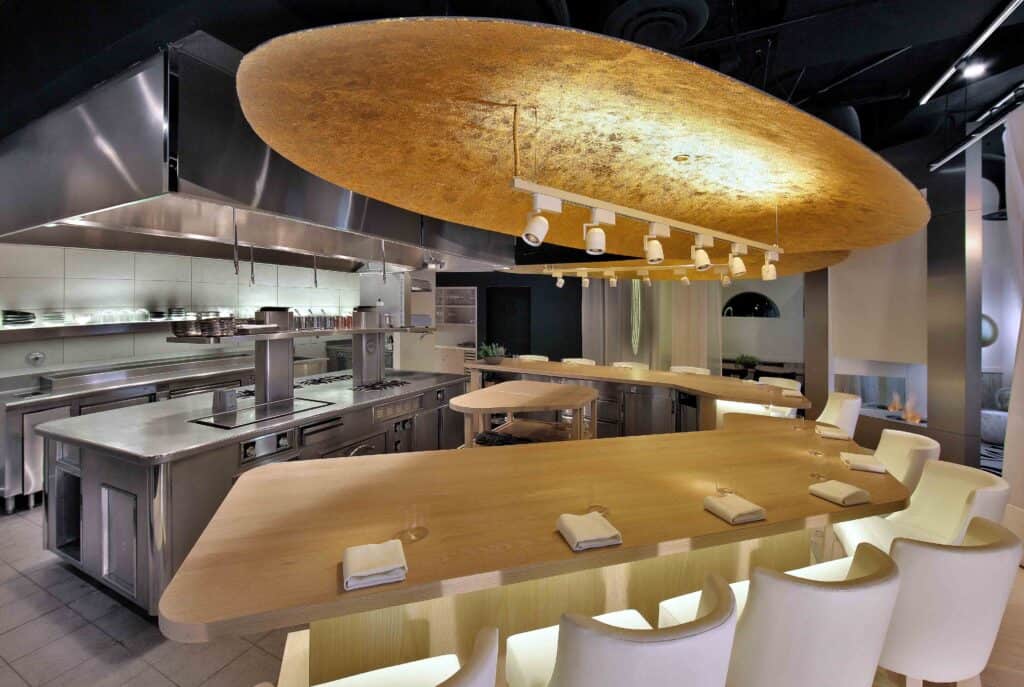 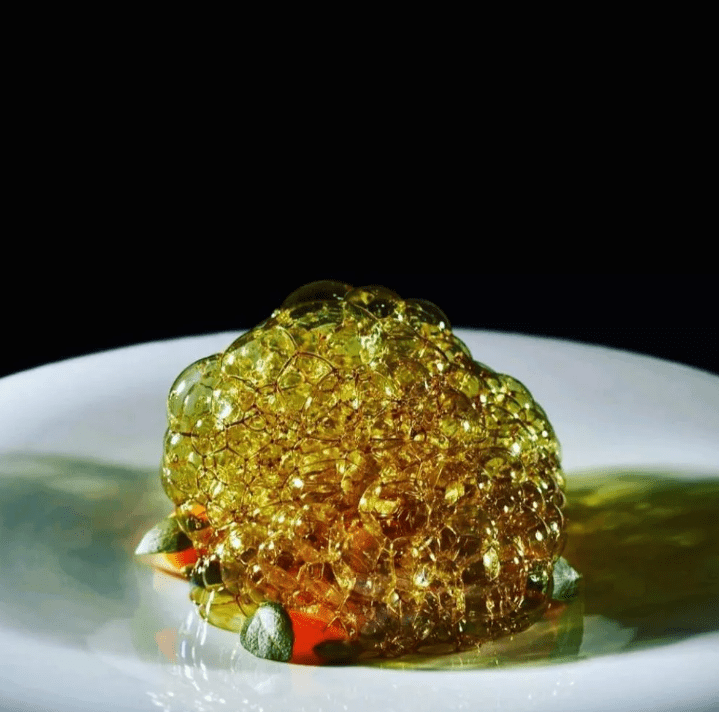 Stylized with a lowercase M, minibar by José Andrés greets diners with a suited host and a lounge offering Champagne. When it’s time to eat, guests move beyond the lounge and are seated in a unique dining room with a contemporary edge. Created by CORE architecture + design, the space offers a glimpse of the boundary-pushing food about to be served.

A taco with a shell of green seaweed. Cod sperm sacs. Soy sauce caramel. The dishes offered at minibar are a fascinating blend of contemporary experiments and traditional Japanese cuisine. Chef Andrés and his team spend months researching and crafting each tasting menu before releasing their wild creations to the wealthy public.

The result is a one-of-a-kind restaurant that’s been awarded two Michelin stars. 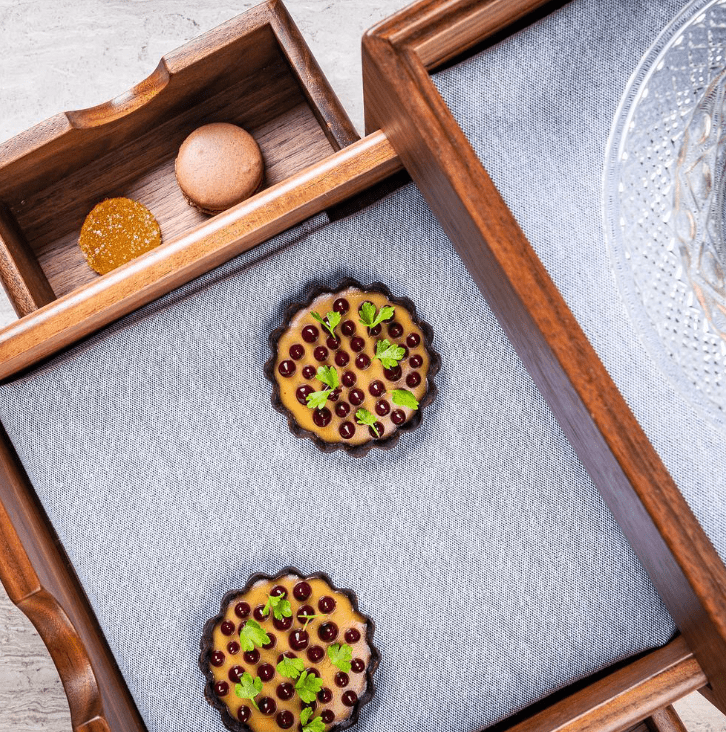 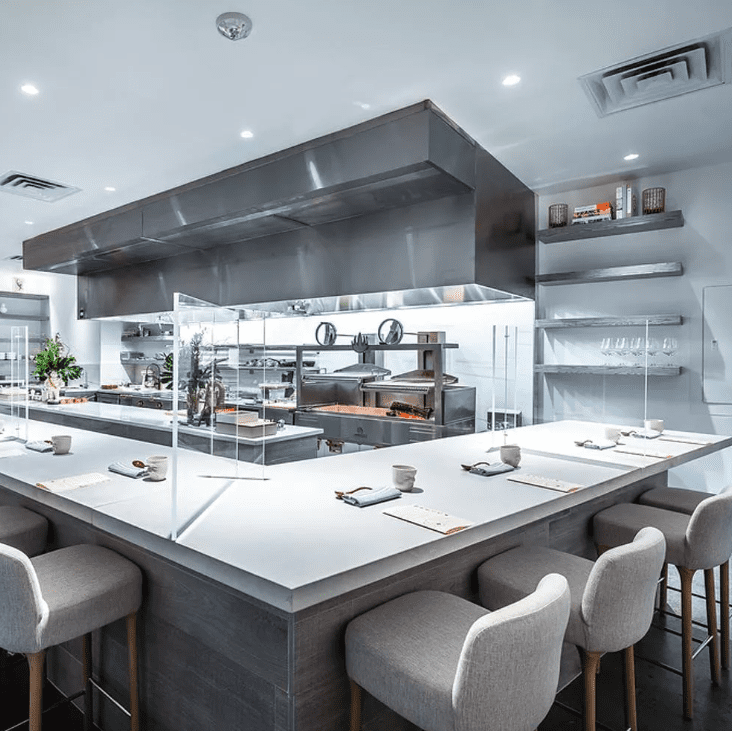 Jônt is owned by Chef Ryan Ratino. The restaurant has a goal of “taking down the walls between kitchen and guests,” bringing diners on a creative journey of unique foods influenced by Japanese cuisine.

Michelin calls the restaurant’s cooking style “highly technical” and mentions the creative ways dishes are elevated: “Rohan duck may be familiar, but soars to new heights with a decadent sauce Royale.”

Overall, Jônt’s tasting menu includes more than 30 unique dishes incorporating expensive ingredients from around the world. A typical meal in the exclusive eatery will cost you more than $300, while wine pairings cost up to $650. 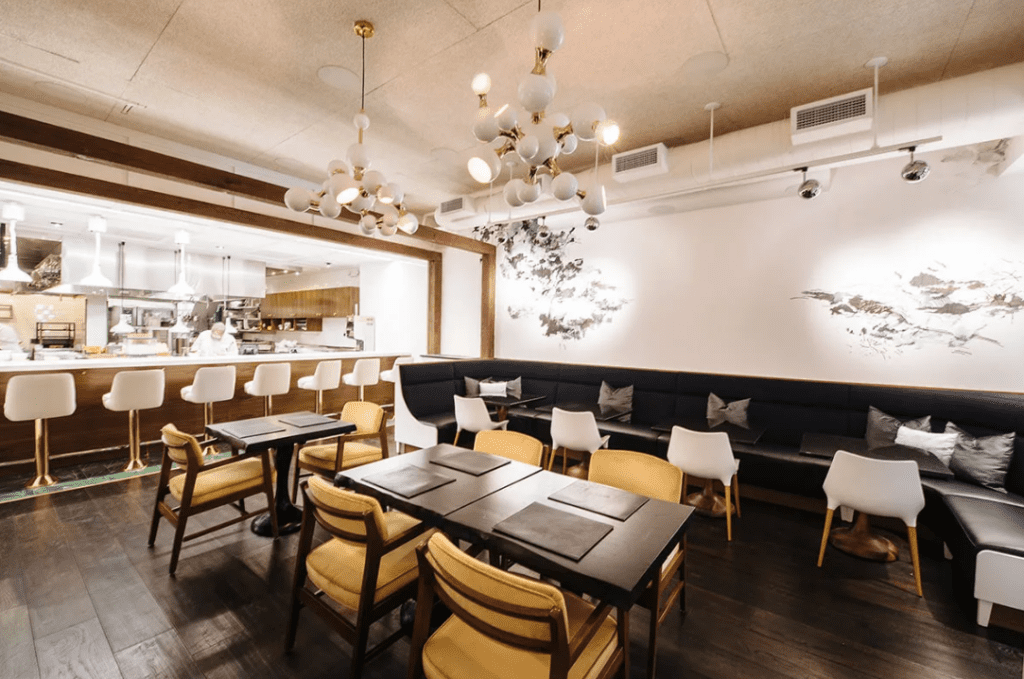 Pineapple and Pearls is the most expensive restaurant in DC.

Pineapple and Pearls is a very unique restaurant. The eatery says it doesn’t have a dress code, but if it did, it would include “Something along the lines of emerald green tuxedo dinner jackets and gold sequin dresses.” The space has a party-like feel, with fun and inventive dishes alongside modern drinks and a lively dinner crowd.

Michelin calls the restaurant a memorable gem, describing the food as “ambitious yet whimsical.”

Overall, a meal at Pineapple and Pearls will cost you more than $300.

Pineapple and Pearls doesn’t accept tips, but the restaurant does have a corkage fee, a service fee, and additional drink prices — so dinner bills can get big pretty quickly.