10 Most Expensive Bottles of Patrón Tequila

Patrón is known for its expensive tequila made from 100% agave. The company uses a small-batch system that pushes up the quality and the price tag. Patrón’s first bottles of tequila hit store shelves in 1989, and the business has been going strong ever since. Today, Patrón sells more than two million cases per year, earning the company millions in revenue.

Patrón is on the higher end of the tequila market. Prices depend on the bottle, but you could easily spend several hundred dollars on the brand. Keep reading to learn more about the most expensive Patrón tequila on the market. 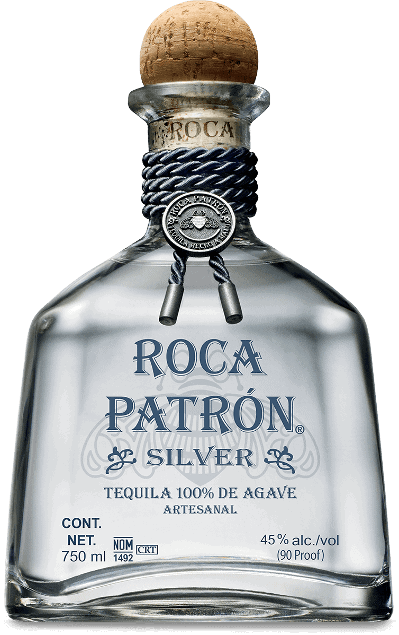 We’ll kick off our list with Roca Patrón Silver, a classic tequila in the Patrón family offering earthy and sweet notes with hints of black pepper. The pricey bottle sells for about $65, making it one of Patrón’s most expensive tequila lines.

According to Patrón, this tequila starts with oven-baked agave that’s crushed by a two-ton volcanic stone tahona wheel. When the tequila is distilled, it’s placed into 375ml and 750ml bottles for customers across the globe.

Patrón uses brick ovens to cook the agave used for this tequila. The company cooks the plant for 79 hours, at the Patrón distillery in Jalisco, Mexico, then prepares it for the distilling process. 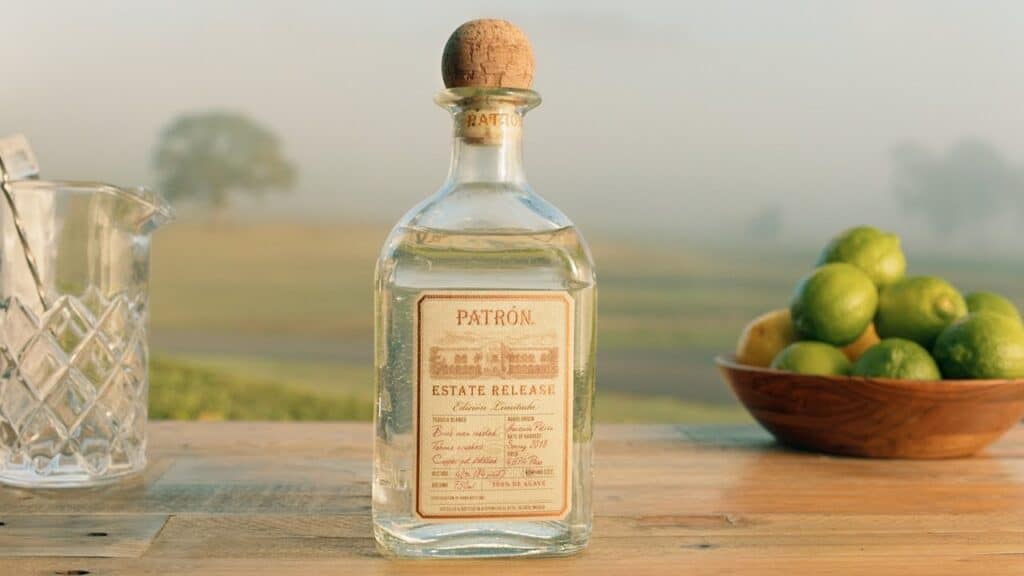 Patrón made this tequila using agave from its distillery in Atotonilco el Alto, Mexico. The company says that location imparts “robust” and “complex” flavors on the final product, offering a complex flavor profile with strong notes of cooked agave.

Valued at about $100, this expensive tequila is Patrón’s ninth most expensive bottle. Would you buy it?

When Patrón launched in the late ‘80s, the company made just 12,000 bottles of its Mexican-made tequila. The bottles sold for $37 each and marked the start of Patrón’s success. Today, Patrón is considered a groundbreaking name in the ultra-premium tequila market. 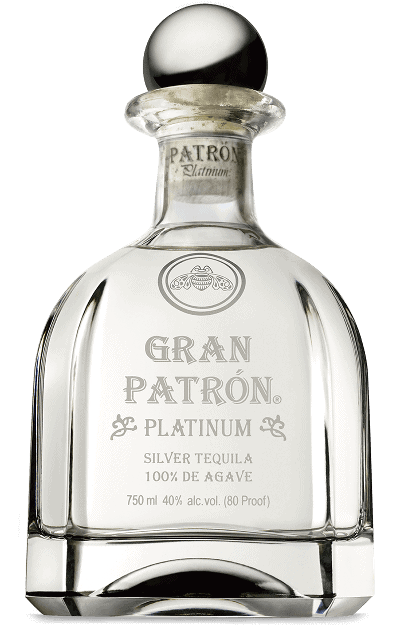 This tequila has a punchy and bold flavor profile. Spicy notes of road tar, white pepper, and sage are blended with vegetal hints and a dry palate. Wine Enthusiast calls the drink “lean” and describes the finish as “flax-like.” Patrón says the drink is triple-distilled and presented in hand-numbered bottles.

Recent estimates peg the value of this tequila at about $201. You might be able to find it on the market for around $130, but many sellers price it upwards of $300.

According to Patrón, this tequila is presented in crystal bottles and a beautiful storage case. 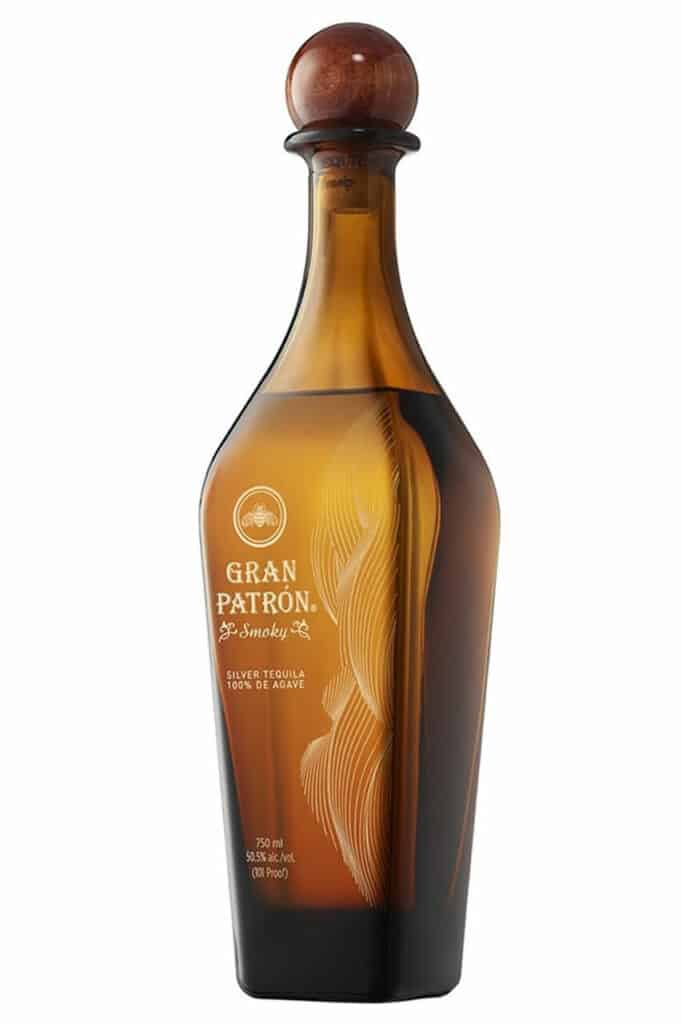 Gran Patrón Smoky is a complex tequila with hints of citrus and pepper. The finish is described as long and filled with agave, while the aroma offers smoky spices. Patrón says the creation process begins with the finest Weber Blue Agave: “The piñas are roasted with mesquite for about seven days in small underground stone pits,” then they’re crushed and distilled.

If you can find one for sale, a bottle of this high-end tequila will cost you more than $200.

Patrón uses a tahona wheel to crush the roasted piñas before the fermentation and distilling process begins. 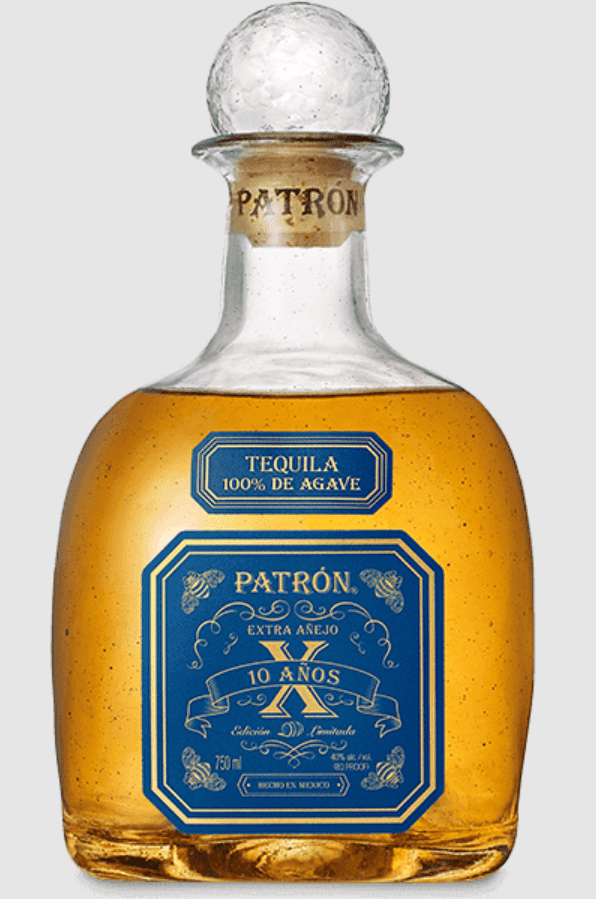 This golden tequila features notes of vanilla and dried fruits. The finish is called “long and luxurious,” and Patrón says the flavor profile is smooth and sweet. Interestingly, the drink is the oldest tequila available from Patrón’s distillery in Jalisco, Mexico. Patrón celebrated this exciting tequila by presenting it in a hand-blown replica of the first Patrón bottle.

Today, bottles of this special-edition tequila are worth about $355. Some sellers ask for as much as 400 bucks, but you might be lucky enough to find one for under 350 — good luck!

This tequila is available in 750ml bottles. 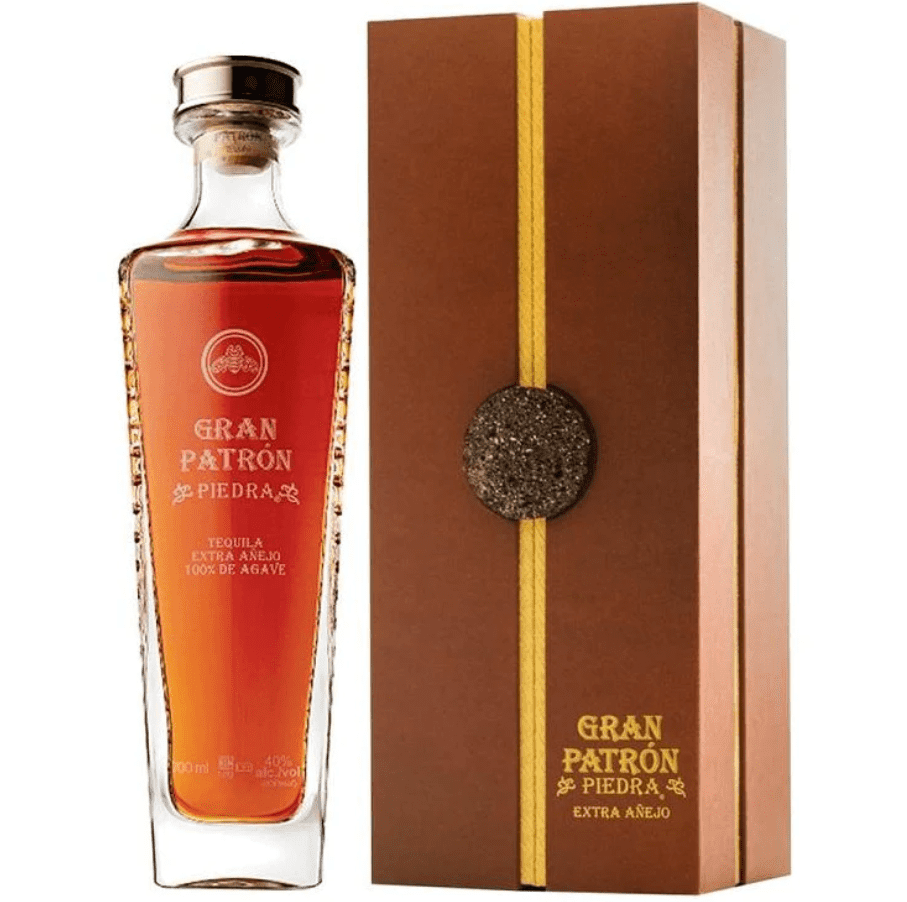 Patrón made this expensive tequila using American oak barrels. The pricey drink mainly offers notes of fruits and mushrooms, but it also features hints of French oak and toasty touches. The flavor profile has been called sweet yet complex, and one seller points out notes of vanilla and agave. Bottles of this unique tequila are priced at about $370 — but some sellers ask for as much as $450.

Wine Enthusiast gave this tequila a high rating of 97/100. The review called the drink “silky and rounded,” with “a rich aroma that mixes caramel, dried fruit and peppery notes.” 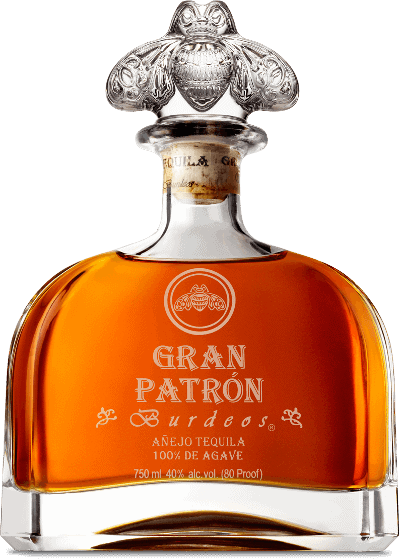 Gran Patrón Burdeos is a pricey tequila with notes of vanilla, oak, honey, and more. The expensive drink features a sculpted stopper paired with a glass decanter. Critics say the tequila is top-notch, with touches of fennel and loose-leaf tobacco. Wine Enthusiast gave the expensive alcohol a high rating of 98/100 and says the “midpalate is regal, satiny textured, rich in grapy yet vegetal and spicy.”

In the end, a bottle of Gran Patrón Burdeos costs more than $500. Would you buy this tequila for that price?

You can find this tequila for 500 bucks, but some stores sell it for nearly 700. 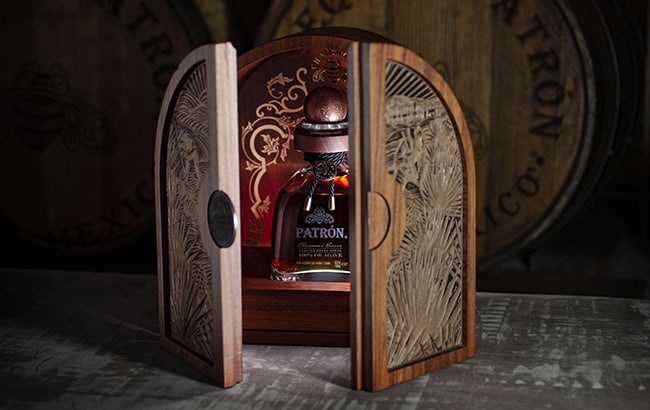 Patrón joined the NFT market with its special-edition Chairman’s Reserve. The NFT bottle offered buyers a digital tequila bottle and display case priced at about $4,500. Buyers also got a real-life bottle of tequila, and each was individually numbered. Only 150 NFT/bottle combos were available, so this is one of the rarest Patrón tequilas on the market.

According to Patrón, the tequila NFT was a way to engage with new audiences: “…it’s exciting to be able to bring our passion…into the digital realm to a new audience of NFT collectors.”

Patrón sold this tequila NFT through Block Bar, an NFT marketplace dedicated to digital assets made by alcohol brands. 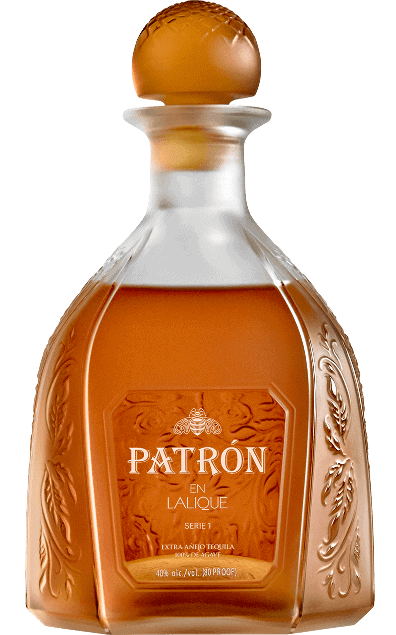 In 2015, Patrón partnered with French crystal-maker Lalique to make a high-end, limited-edition tequila. The final product was housed in a crystal bottle made by Lalique — and it cost more than $7,000.

Patrón provided a display case with each bottle of Serie 1 so buyers could show off their expensive purchase. The company says the rare tequila has a flavor profile including notes of caramel, honey, dried fruits, and more. Buyers also got access to a detailed book documenting the tequila’s creation process.

According to Lalique, this crystal bottle was inspired by the Art Nouveau style of the company’s founder, René Lalique. 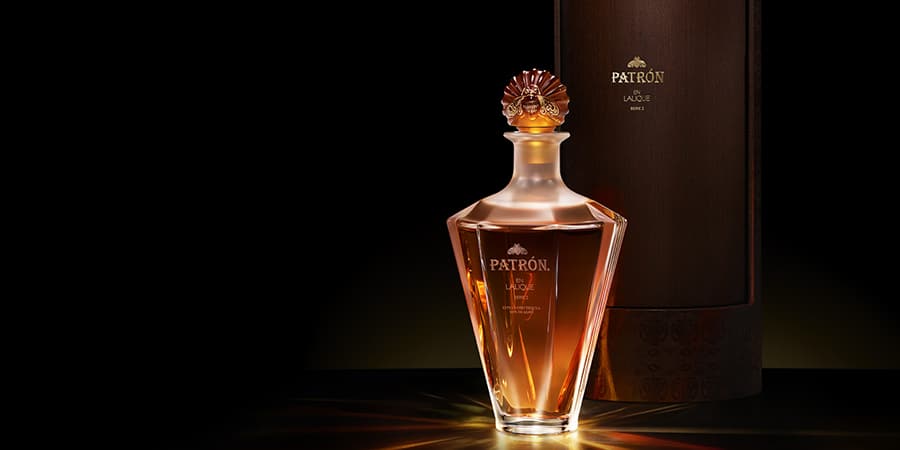 Patrón en Lalique: Serie 2 is the most expensive Patrón tequila.

Patrón collaborated with French crystal producer Lalique to create its most expensive tequila. Lalique bottled the drink in fine crystal, and Patrón says the tequila offers notes of honey, fruit, and agave. The collaboration was a follow-up to the brands’ previous release of Patrón en Lalique: Serie 1, another limited-edition tequila bottled in French crystal.

Today, a bottle of Serie 2 costs $7,500. Patrón made just 299 bottles of the drink, so that price will probably climb higher over time.