8 Most Expensive Hot Dogs Found Around the World

Hotdogs are not well-known as luxury food items, being sold at food trucks, carts, sporting events, and diners around the world for an average price of about $3.50 per dog. Those aren’t the hotdogs we’re talking about here. These are the world’s most expensive hotdogs, the ones made for charity events, luxury restaurants, and special occasions with spectacular ingredients and preparations usually unheard of in the world of hotdogs.

Continue reading to learn about the toppings and flavors of the 8 most expensive hotdogs in the world as well as which you can still eat today. 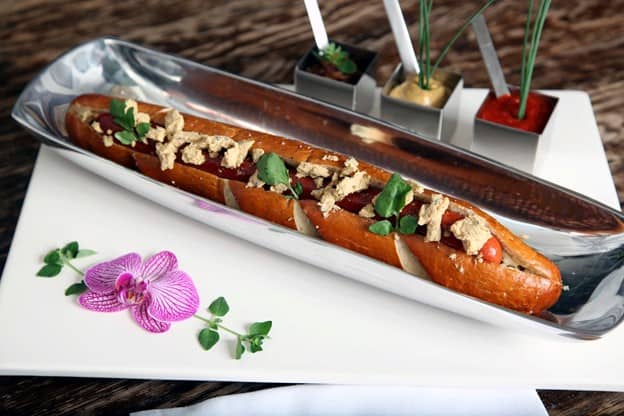 This list is starting with the former Guinness World Record champion for the world’s most expensive commercial hot dog. This hotdog sold by Serendipity 3 in Washington DC is a foot-long marvel covered in shaved black truffle and foie gras.

Serendipity 3 was better known for snacks and sweets like hot chocolate, burgers, and more, but added this $69 hotdog to the menu to shake things up.

Unfortunately, the Haute Dog can no longer be ordered since Serendipity 3 closed in 2014, owing six figures in rent and legal fees. However, they’ve recently reopened with a limited menu, so time will only tell if this hotdog will go back on the menu. 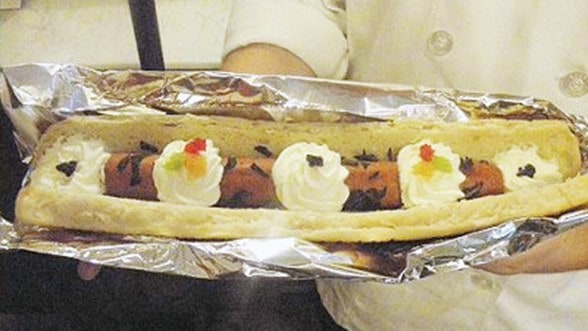 The McMullen Dog is a half-pound, 1.5-long hot dog sold at The Brockton Rox stadium in West Roxbury, Massachusetts as a promotion for the games. The hot dog is rolled in truffle oil before being grilled or deep-fried, served on a blini roll made by Underground Bakery.

Pulverized mushrooms refer to when you take a savory mushroom like a porcini and blend it in a food processor to bring out its insatiable umami flavor. When the mushrooms begin dried, as they do with the McMullen Dog, the pulverized mushrooms are sometimes called porcini dust, sprinkled on meat like a spice before grilling. 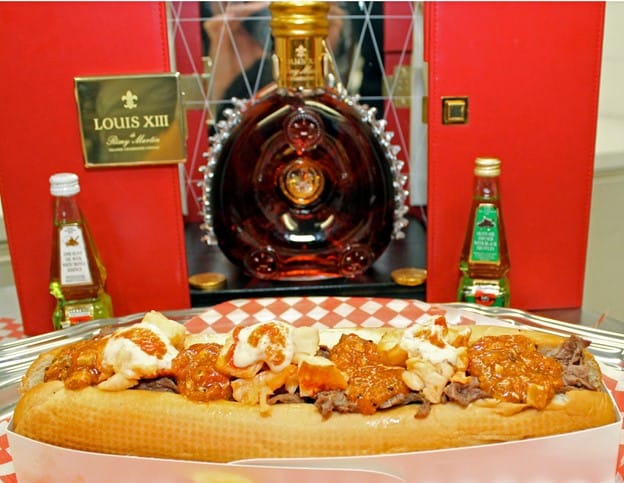 The Dragon Dog is the creation of DougieDog, a food truck that used to be in Vancouver, Canada who aimed to create one of the world’s priciest hotdogs with this foot-long bratwurst. The sausage was soaked in Louis XIII cognac aged 100 years, priced at over $2,000 per bottle. The Dragon Dog may technically be a brat, but it’s worthy of a spot on this list.

The luxury toppings that drove its $100 price included shaved Kobe beef, truffle oil, fresh buttered lobster meat, and DougieDog’s secret sauce. Unfortunately, since the food truck has closed, you can no longer get your hands on a Dragon Dog.

Rémy Martin took over the production of the luxury cognac known as Louis XIII in 1841. Back then, it was utterly unique to bottle the cognac rather than sell it by the barrel. He thus created the mold for luxury in cognacs. The brand continues to this day, blending 1,200 sources from the Grand Champagne vineyards, aged up to a century, in each valuable bottle. It’s not the first thing you’d expect to find soaking a hotdog. 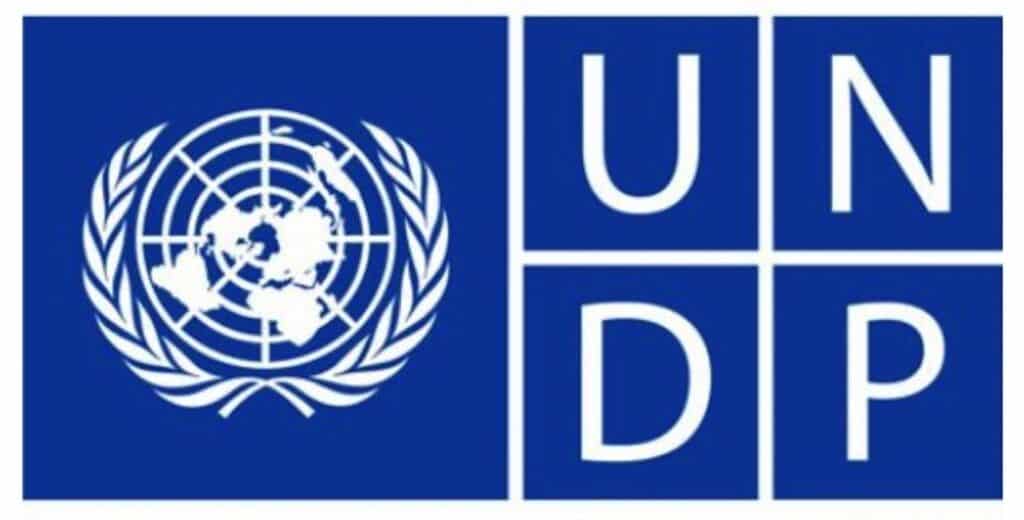 The UN Development Program aimed to make a plea for change with this hotdog, which is not fancy or delicious in any way. Unlike the other hot dogs on this list, the UN Development Program Hot Dog is just a normal, generic dog, like the ones you’d get at a high school football game, with a plain bun and ketchup. The reason it’s so expensive is a message about the reality of expense.

$130, according to the UN, is what a normal hotdog would cost to the people living below the poverty line, proportional to their income vs the average. It would be like you going to a game and spending $130 on a generic hot dog. These dogs were sold for charity and to make a statement, becoming one of the world’s most expensive hot dogs in the process.

The United Nations Development Programme or UNDP operates in 170 countries around the world to support policy initiatives and institutional partnerships to promote sustainability and reduce poverty. 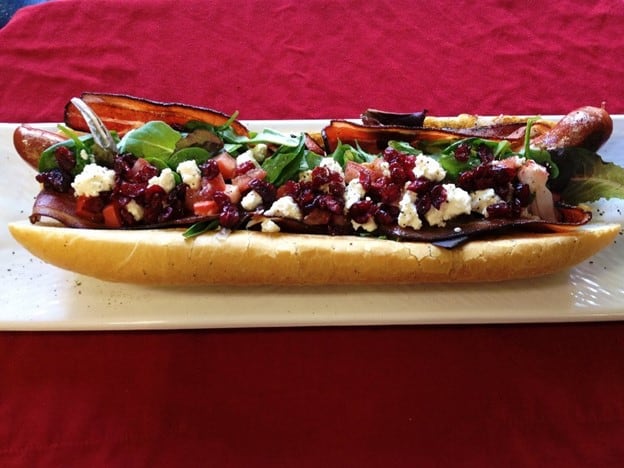 The owner of Capitol Dawg in Sacramento, California, Mike Brown, is clearly a hotdog lover. But to solidify his reputation as one of the world’s leading hotdog creators, he crafted the California Capitol City Dawg for pure luxury.

This monstrous meal is ¾ pounds of high-quality beef frank, smothered in Swedish moose cheese, slathered in white truffle butter and French grain mustard, topped with New Hampshire bacon, and all laid on top of a focaccia bun. The dog costs $149.49.

Swedish moose cheese is one of the world’s most expensive cheeses due to its scarcity and the difficulties of milking half-ton moose to get it. This high-protein cheese is creamy like a Camembert but crumbly like feta. It costs $500 per pound. 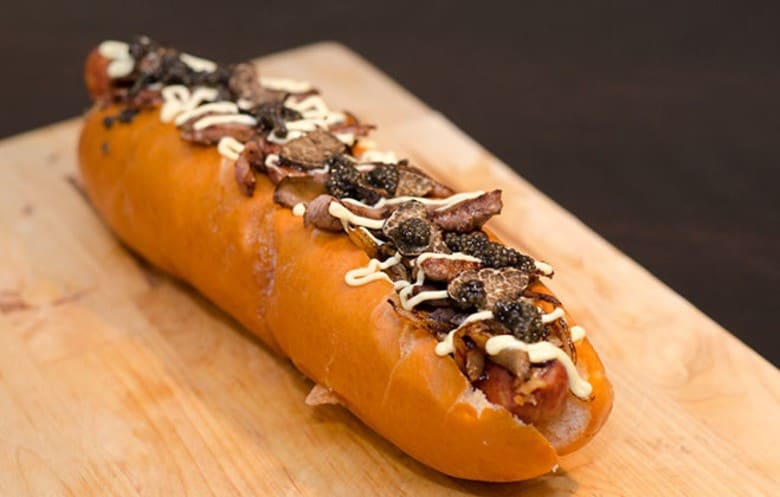 The Juuni Ban Hotdog was sold in February 2014 at the Seattle, Washington-based restaurant known as Tokyo Dog and has since become a huge hit. This $169 dog is listed as the most expensive hot dog commercially available by the Guinness World Records, meaning that the ones below are one-offs or special orders.

Why is this hot dog so expensive? With the Juuni Ban Hotdog, it’s all about the ingredients, which include a wagyu beef dog on a brioche bun with maitake mushrooms, foie gras, butter teriyaki-grilled onions, smoked cheese bratwurst, caviar, Japanese mayo, and shaved black truffles.

The Juuni Ban Hotdog was sold for charity when it was announced. They sold 6 and donated over $1,000 to the American Red Cross 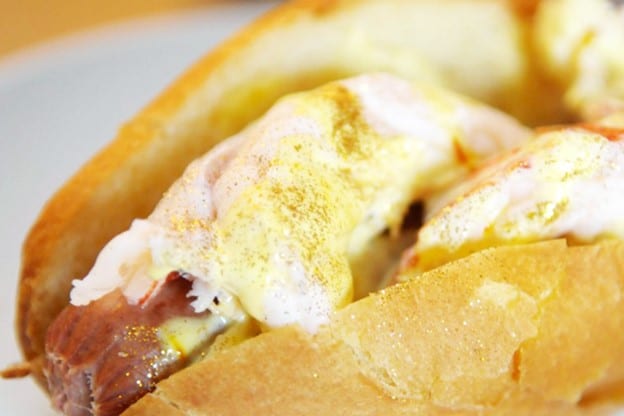 Chef Mike Juliano created theONEdog intending to make the most expensive hot dog ever sold. He would be beaten out by one more daring dog (see below), but that doesn’t mean theONEdog is lacking in luxury ingredients. This hotdog is unique on this list for including a whole lobster tail on top of its quarter-pound beef frank.

Another thing driving up this hot dog’s price is a smattering of edible gold leaf on top and a high-quality saffron aioli (saffron is the world’s most expensive spice, after all). TheONEdog cost $1,501 when it was sold in 2012.

Juliano made theONEdog at his food truck, known as Valley Dog, for charity back in 2012. The dog was sold to support The One, Inc., also known as The Van, a charity devoted to supporting and improving the well-being of the homeless.

The most expensive hot dog is the 230 Fifth Hotdog. It’s appropriately named for its restaurant, 230 Fifth in New York City, New York. This decadent dog is not made from your normal hotdog meat but is instead made of dry-aged Japanese wagyu beef, the world’s most expensive steak, which was aged for 60 days before being sold.

The beef is covered in Dom Perignon-caramelized Vidalia onions, caviar, and sauerkraut that is painstakingly braised in a type of champagne known as Cristal. Eating the 230 Fifth Hot Dog will cost you $2,300. You also have to call the restaurant and order it 48 hours in advance so they can get it ready for you.

Cristal champagne is one venerated drink. It has been known since 1876 as the drink of choice of Tsar Alexander II, who asked Louis Roederer to save him the best champagne in every batch, delivered to the emperor in a custom crystal bottle. We’re not sure how Tsar Alex would feel about his favorite bubbly being used to braise the sauerkraut for a hot dog, but those who have tasted it probably think it’s well worth it.

Some of the hotdogs on this list defy the definition of the common budget food, being made from Wagyu beef sourced from Japan, braised in cognac, or even topped with luxury truffles and edible gold. At a certain point, it ceases to be a hotdog as we know it and becomes a new hybrid food item created from the ambition to turn cheapness on its head and create gourmet food from a ballgame staple. You can’t try every hotdog listed here matter how rich you are since some were made for charity events or at restaurants that are no longer in operation. However, if you can find them, you may have to rewrite everything you think you know about hotdogs just to give them a taste.

8 Most Expensive Airlines in the World

8 Most Expensive Houses in Ohio Currently