During its existence of 14 years, a total of 1638 Wii games were released. While launching the console in November 2006, Nintendo released 22 accompanying games. The last Wii games released by the company were Shakedown: Hawaii and Retro City Rampage Dx+.

Most Wii games are easily available in exchange for a few bucks that doesn’t break the bank. However, some titles have become rarer than others due to different reasons, such as a low print run, exclusive release, poor reception, and others. Here we list 8 such rare Wii Games that are challenging to find and cost more than usual. 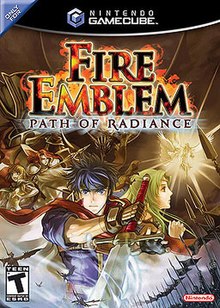 Fire Emblem: Radiant Dawn is a rare Wii game, a sequel to the previous Nintendo title Fire Emblem: Path of Radiance. It is a tactical role-playing game where the player controls multiple characters, including the protagonist, Ike.

The game is divided into chapters. Each part starts with a prologue and ends with an “Endgame Chapter”. The prologue explains the situation to the player, and in the final chapter, things are resolved.

If a character falls in battle, they are considered dead and permanently removed from the rest of the chapters. If the protagonist falls, the game ends, and you need to play the chapter again from its beginning.

The game was primarily released for a niche market with a limited run. Later it became very popular, and the demand increased.

In the preceding Fire Emblem game, the protagonist belonged to the royal family. However, in this one, Ike, the main character, comes from a lower social rank and gets involved in royal politics. 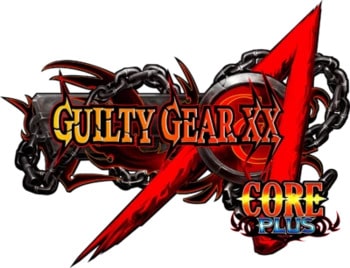 It is a 2D fighting game, first released for Arcade and then subsequently ported to the PlayStation 2 and Wii console. Fans liked the other versions of the game, but they were not happy with the control of the Wii versions. Probably, this is the reason that this game is so rare.

A fifth and more updated version of the game was also released in 2012. It is called Guilty Gear XX Accent Core Plus R. The Nintendo port of this latest version was not available until 2019. 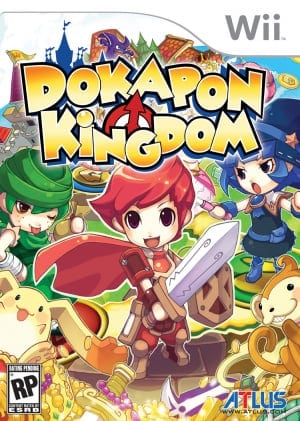 Dokapan Kingdom is a board game with role-playing game (RPG) elements. The plot is simple where the Dokapan Kingdom, a fictional land, is attacked by monsters, and the players are required to save the land. One who wins the battle with the most money gets to marry the princess and takes control of the kingdom.

The Dokapan Kingdom was first published for Playstation 2 in November 2007. In North America, it was published by Altus, a company known for its low print runs.

The ending slightly changes when you play as a female character. However, irrespective of gender, the winner gets control of the kingdom. 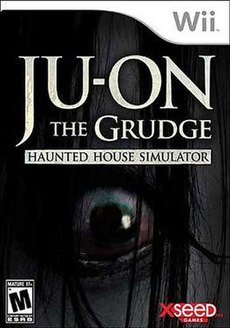 Ju-On: The Grudge is a video game adaptation of the Ju-On series. It is a survival horror adventure game centered around a family of four and their pet dog. The names of the main characters are Michiko (mother), Hiroshi (father), Erika (daughter), and Kenji (son).

The family moves into a cursed house, and the story goes on from there. The family members are playable characters, and you can view each story from the perspective of the character being played.

This video game is so rare mainly because of its poor quality. Critics disliked everything about this game- the graphics, the presentation, and the gameplay. It attracted negative reviews almost on all the platforms.

The game Ju-On: The Grudge was produced to celebrate the 10th anniversary of the Ju-On series. The game was directed by Takashi Shimizu, the same director who created the film series. 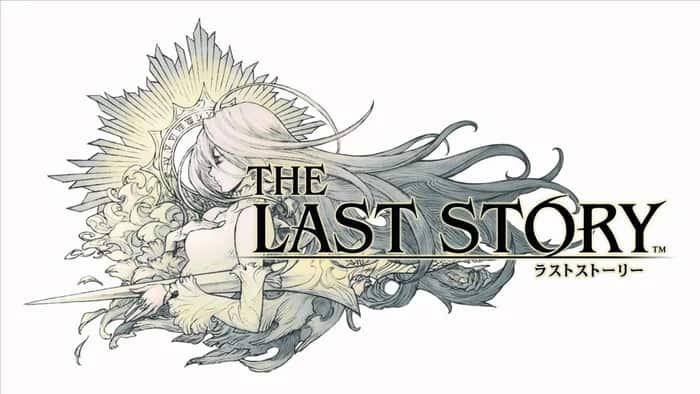 The Last Story is a third-person action roleplaying game first released in 2011 for the Japanese market. The plot is based on action-adventure romance-drama and has strategy elements.

The game was primarily made exclusively for Japan. Later that year, Nintendo announced they would release a limited edition of the game in Europe and Australia. However, the game was not scheduled for North American release. Disappointed with the decision, fans initiated a campaign called Operation Rainfall, demanding the release of Japanese exclusive titles in North America.

Several petitions and letters were written by the campaigners to promote the release. However, even after acknowledging the effort, Nintendo declared that they didn’t intend to publish it in North America.

The Operation Rainfall campaign, commonly known as oprainfall, was first initiated on the message board of the gaming site IGN. The campaign quickly garnered support from the fans and became widespread. They used both physical and digital media to promote the cause. 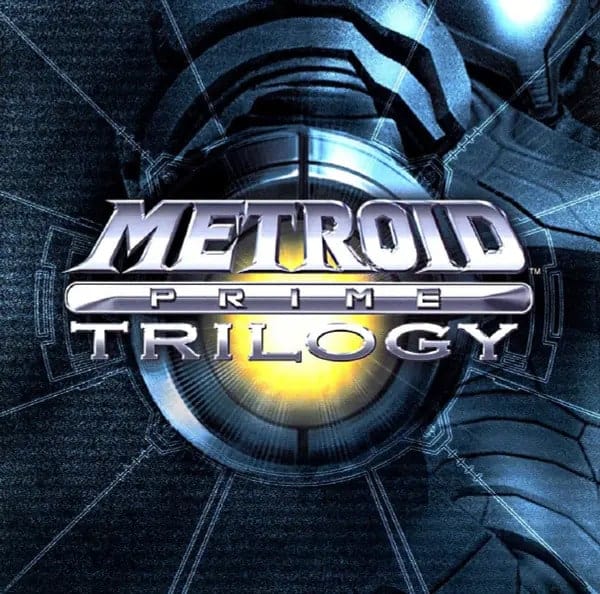 All three games were contained on a single disc. The first two games, originally created for GameCube, were updated for this version.

This collector’s edition was first released in North America in August 2009. It came in a steel bookcase with an art booklet. The following month it was released in the European market. The booklet was supplied to the European customers as well. However, the Australian release didn’t have the booklet. In Australia, the disc was packaged in a metallic cardboard slipcover.

In January 2010, the game was discontinued both in North America and Australia. It was never revealed how many copies of this compiled disc were circulated before the company stopped producing it. However, fans believe only a few copies of this disc were ever distributed.

Nintendo used a dual-layer disc to compile the three games on a single disc. After the release, it was found that some Wii consoles were facing technical glitches reading the software because of the contaminated laser lens. In North America, Nintendo announced that if someone faced the issue, the company would repair the discs for free. 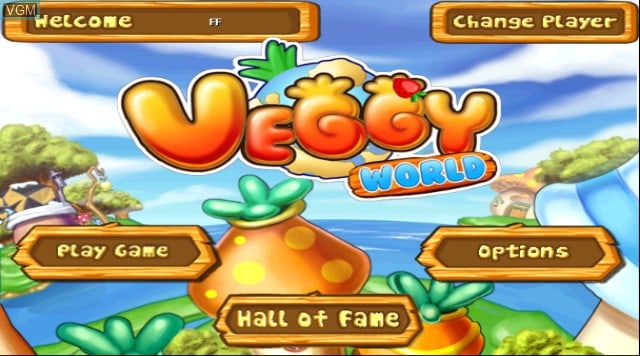 Veggy World is an action game situated in a fantasy world where everything is made up of vegetables and fruits. The player controls a strawberry-shaped spaceship and is required to defeat the Evil Plants Army.

It’s a fun game with 21 stages and multiple game modes. The game was not well-received, especially by the serious players. They found the game too juvenile and lacking content.

Veggy World was exclusively released in the North American market and is exceedingly rare. It is impossible to get hold of a new copy of the game. Used and refurbished copies appear from time to time, and they are almost always very pricey. Currently, it is not available on any online marketplace.

The weapons used in this game are also made of vegetables and fruits. You can choose from the weapons like Strawberry Missile, Mushroom Torpedo, and others. 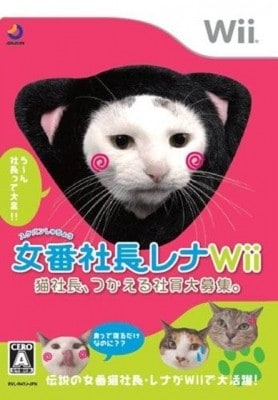 Sukeban Shachou Rena is the rarest and worst-selling Wii game ever released by Nintendo. It is an action video game exclusively released for Japan market. The game was published by Jorudan, a Japanese company involved in developing and publishing video games.

The protagonist of the game is a cat, Rena. She runs a fictional company named Cat Queen, Inc. The players need to impress Rena in order to be accepted in her company. The gameplay contains several minigames, such as dodging a pouncing cat, appeasing Rena with a dance performance, playing the piano, etc.

The game received terrible reviews from critics. It was also a commercial failure. Only 100 copies of the game were sold during the first week after its release.

11 Rarest Ore in Minecraft Ever