Fall Guys, also known as Fall Guys: Ultimate Knockout, is an online multiplayer video game developed by a British video game Mediatonic. The game is available worldwide for all gaming platforms, starting as a PC Game.

The players control jellybean-like creatures through randomly picked mini-games. Up to 60 players compete in battle royale-style gameplay against each other, eliminating others as the rounds progress until the last remaining player is crowned as the winner.

The players get different currencies upon winning and can purchase nametags, faceplates, colors, and, most popular – costumes for their jellybeans.

With many costumes or skins to choose from, some are rarer than others and not easily obtainable.

This list covers some of the rarest skins in Fall Guys one can get! 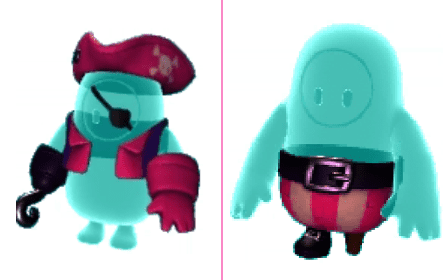 There are a couple of versions of the pirate costume in the game, but this Pirate skin is one of the rarest to achieve. The skin was given as a discord server reward for the 1st anniversary to Jelly Bean Mods and higher-ranked players. It’s similar to the Pirate pattern and the Pirate color of the game.

The Ecto Pirate costume is a variation of this Epic Rarity set. The upper part of the costume has a pirate hat, an eye patch to match the theme, and a black hook on the bean’s right hand. The pants on the bottom are tucked in a black boot, matching the color of the pink top. 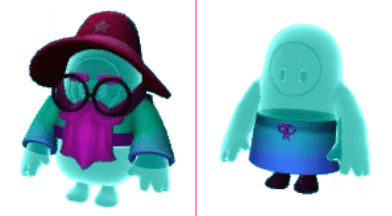 An Epic Rarity costume on our list is the Sorcerer costume, resembling the Wizard costume of the Fall Guys game. This costume was an award to the top players, no matter the platform they played on, during the first week of the game. All they had to do was win the most crowns in the challenges.

But this costume isn’t as rare as some of the others. Every week since February of 2021, the top 10 players of the Weekly Crown League received the Sorcerer as the award for their achievements. The top of the costume has a pink hat and black glasses, with a long beard underneath. 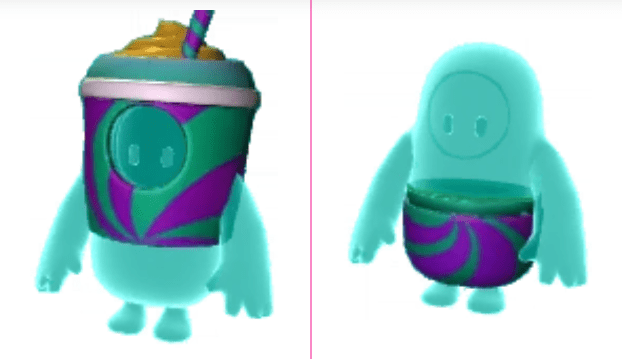 Lemon Blast is among the most popular skins of the Fall Guys game because of its rarity and colorful appearance. The costume was available as a reward in a discord server giveaway in May of 2021, where the winners could pick between a couple of apparel. Only 50 players have it.

Rarity: Epic
Unlocked by: A week of Playing
Available for Purchase: No 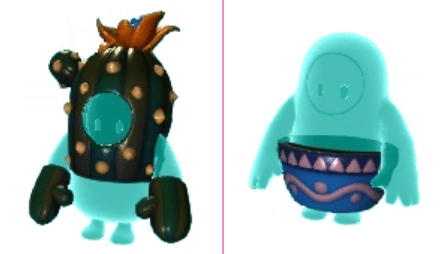 The Prickles costume is another costume that is no longer obtainable through purchase. This attire was a compensation award to the players during the first week after the game’s launch, as they experienced server troubles. The players received 5,000 Kudos, one of the Fall Guys’ in-game currencies.

The Cactus costume is a variation of this attire, as it has the same prickles all over its upper half. Thus, it has a flower on top of its head. The Prickles costume also comes with oven-mitts gloves in the same color as the costume. It’s unclear if the skin is coming back. 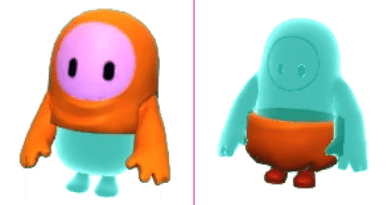 The Super Umo costume was obtainable during the April Fools Event, running for two days in April 2022. The costume is based on the player who lived as a real-life Fall Guys bean for a year called Umomofu. The upper part of the costume cost 300 Tokens, while the bottom was 200 Tokens. 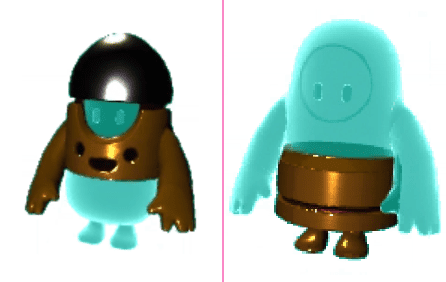 The Bulletkin costume is a crossover costume of the Fall Guys collaboration with the Enter the Gungeon video game, developed by Dodge Roll. This costume resembles the most common enemies of the game called Bullet Kins. They are single bullets that would occasionally attack the players.

The Fall Guys’ costume appeared in the Featured Items Rotating Pool, and there’s a chance it could appear in the Regular shop soon. Featured Items are not the same for everyone, as they can change every 2-4 days. It’s not determined how long a set or an item will stay in the shop.

Rarity: Special
Unlocked by: Pre-purchase of the Game
Available for Purchase: No 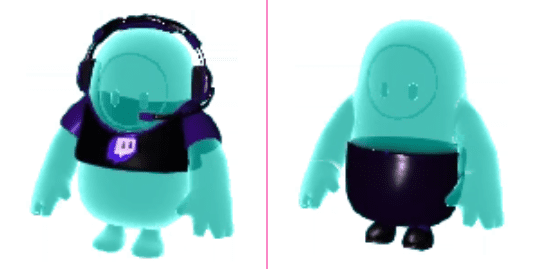 Rival, also known as Twitch Rival, is another Special Rarity skin that was available only to the participants of the live-streaming event held by Twitch. The upper part of the costume has a Twitch t-shirt with hefty headphones, while the bottom has the pants in the same color.

The skin is unavailable for purchase, as only the event winners have it. This competition wasn’t the first Fall Guys Twitch Rivals event, as each carried a different reward.

Rarity: Legendary
Unlocked by: Reaching level 50 in the Crown Rank
Available for Purchase: No 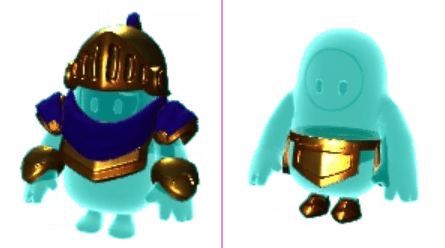 One of the rarest skins in the Fall Guys game is the Golden Knight costume, available only through winning tournaments. There’s no official tracking of the skins’ achievements, but around 2% of the players have the Golden Knight presumably.

One must reach level 50 in the Crown Rank, requiring 3,039 Crowns to unlock the upper half of the costume. Concerning the bottom, one would need level 48 in the Crown Rank and 2,739 Crowns. The variations of this costume are the Dark Knight and Paladin costumes, all three with knight helmets.

Rarity: Special
Unlocked by: Beta Tests of the Game
Available for Purchase: No

Another Special Rarity costume is the Crash Tester, with no purchase available. The skin was given to the players who went through beta tests of the game before the official launch. It was added to their inventories a week after the release, and no other players can get it now.

Beta testing finished with PC players after a couple of months. The costume makes the bean look like a typical crash test dummy, with orange skin and black and white details. The skin is no longer available, and players shouldn’t expect its comeback.

Rarity: Special
Unlocked by: Pre-purchase of the Game
Available for Purchase: No 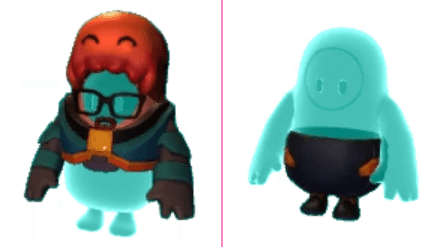 The Gordon Headcrab is among the rarest skins in Fall Guys skin, and players could pre-order before the official release of the game. The costume is modeled after Gordon Freeman, the main protagonist from the Half-Life series of video games developed in 1998. This version has a Headcrab on the costume’s head.

This costume is no longer available for purchases, exclusive to the Steam version of the game, and given only as a pre-order bonus. The lower part of the costume is Gordon Freeman, sharing it with the original costume. The skin was also exclusive only to PC and not available for PlayStation.

Nearly every passionate gamer has at least heard of the Fall Guys: The Knockout. After all, this video game was a smashing hit in the summer of 2020, as most people spent their days in lockdowns without many things to do.

Fall Guys was an easy answer to what to do with all that free time. Thus, playing it required no money, and people could enjoy and forget the challenges that tormented their daily lives.

Even though many would describe Fall Guys as mindless fun, that doesn’t reduce its quality. This game is addictive, easy to play, and resonates with everyone who loves Mario Kart and Mario Party.

Besides the pandemic, nostalgia also has had a significant role in Fall Guys becoming popular. No wonder there were days when over 100,000 tried to play it on Steam.

Moreover, the game has a setup resembling battle royale, making it more appealing. As a result, players enjoy the thrill of being the last ones standing even more.

After all, Fall Guys isn’t only a mundane game that makes everything easy. Instead, players must put effort into developing a stellar technique.

Fall Guys stimulates people to invest time into the game and differs from other battle royales. Besides, it has unique skins players can choose to make their playing experience more engaging.

That is enough to justify why many consider Fall Guys even better than Fortnite.

9 Most Expensive Supreme Items Ever Sold

10 Rarest Weed Strains in the World